Last weekend saw Environmental activist Street Artist Louis Masai take to the rooftop of Roof East Cinema in Stratford to lay out his latest works, with two pieces, one featuring a Save The Bees Mural and the other featuring one of Masai’s patchwork creations, on this occasion of a Blue Iguana. Louis Masai has certainly been active of late around London, with taking part in Paint Your London in Walthamstow (covered here), organizing and participating in Endangered 13 (covered here), painting in Sydenham Woods as part of the Dulwich Festival (covered here) and collaborating with Fanakapan for Meeting of Styles (covered here), never one to disappoint, these two new rooftop murals are no exception. 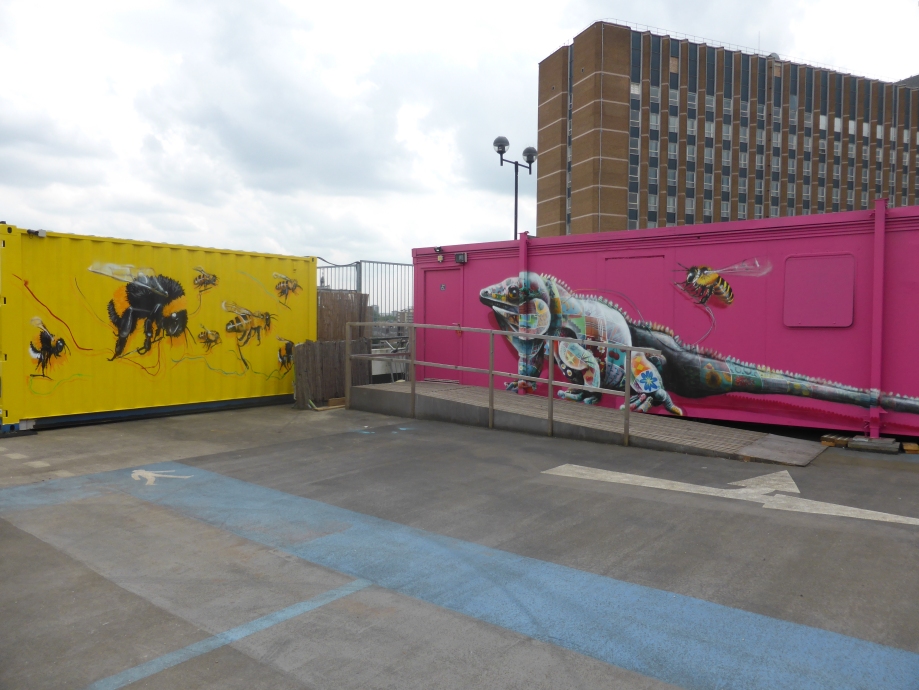 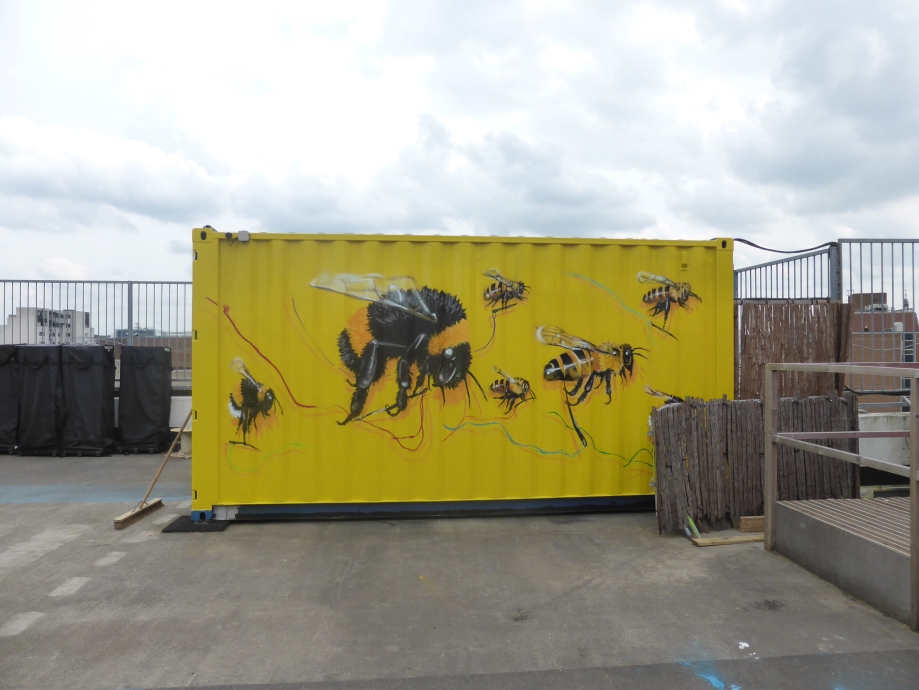 Louis Masai’s shipping container painted with one of his ‘Save The Bees’ murals, depicted carrying needle and thread, set to symbolize how its the Bees that significantly contribute towards trying to keep the natural order in balance and for this pair of works the Bees are set to save the Blue Iguana. 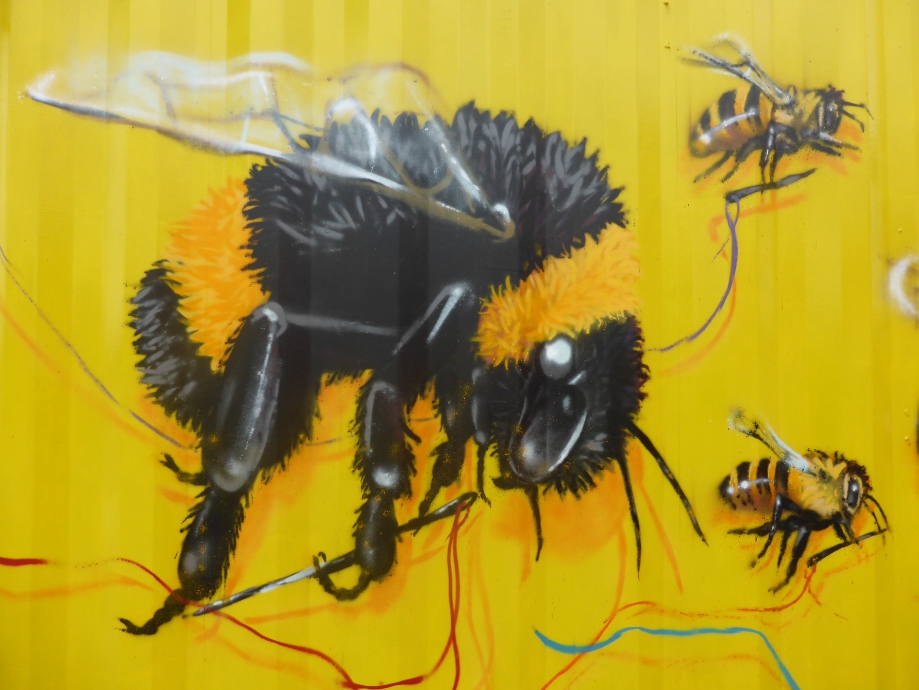 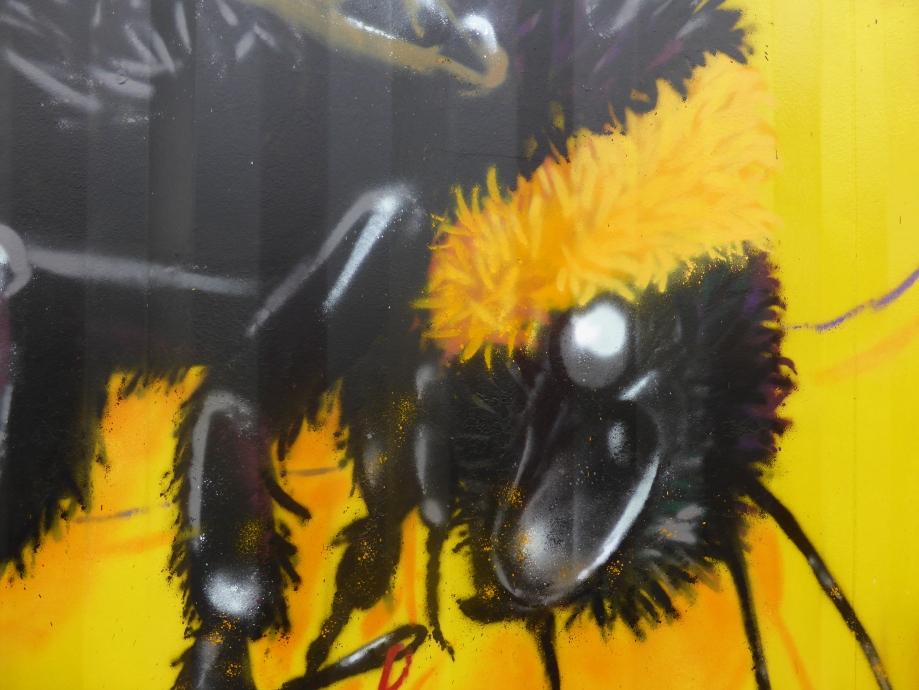 Louis Masai’s beautiful patchwork Blue Iguana depicted in his patchwork cuddly toy motif, which relates to the concept of animals being reduced to nothing more than a child’s toy, a representation to the memory of itself, presenting a chilling forewarning against the damage and destruction mankind is perpetrating around the globe. 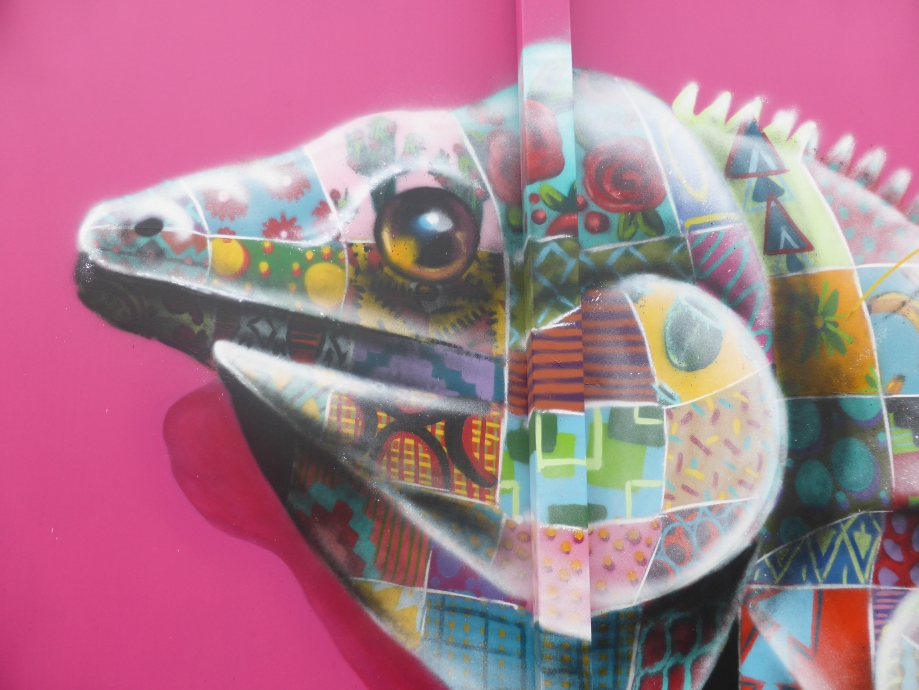 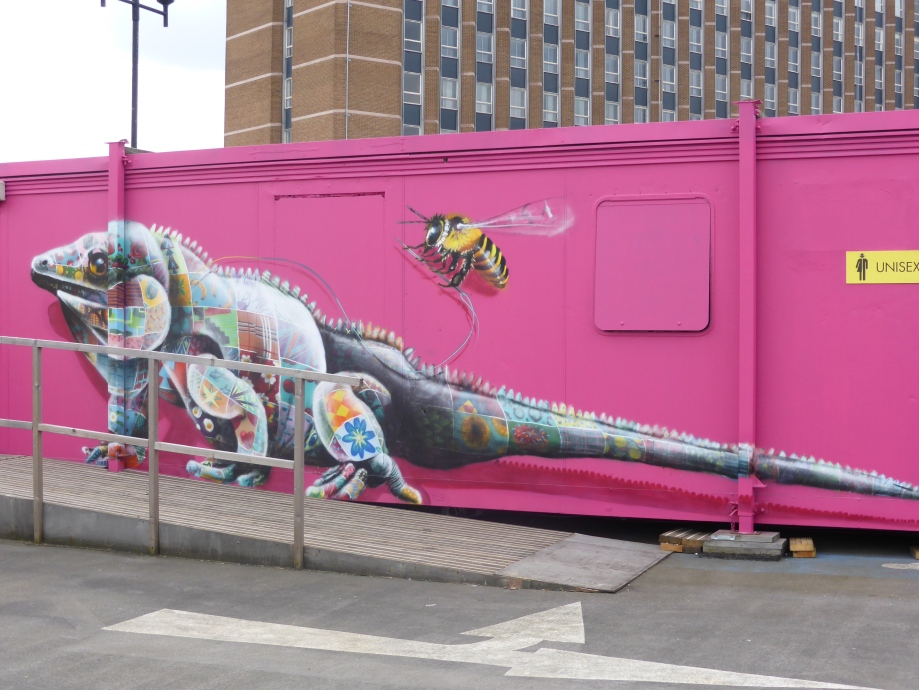