Its been some time since we have been treated to a wave of fresh works about town from Zabou, though in fairness this has nothing to do with inactivity on the artists part, its just she has had a fantastic year painting all around the world. So it is with much delight that we have been able to spy a trio of the 5 or so fantastic fresh additions placed up over the last couple four or so months around East London. What is most notable from this latest  wave of works we have got to encounter from Zabou is the shift towards designs created using more freehand techniques in conjunction with her stencil works and the increasing levels of realism she is creating in her pieces of late. There is no stopping Zabou from upping her game it seems.

‘Here’s Johnny!’ in New Goulston Street, Whitechapel, a fantastic take on Stanley Kubrick’s depiction of Stephen King’s The Shining, with this ode to the most iconic of scenes from the film. We have seen Zabou work this space several times now and this is our favourite use of this space by the artist to date. 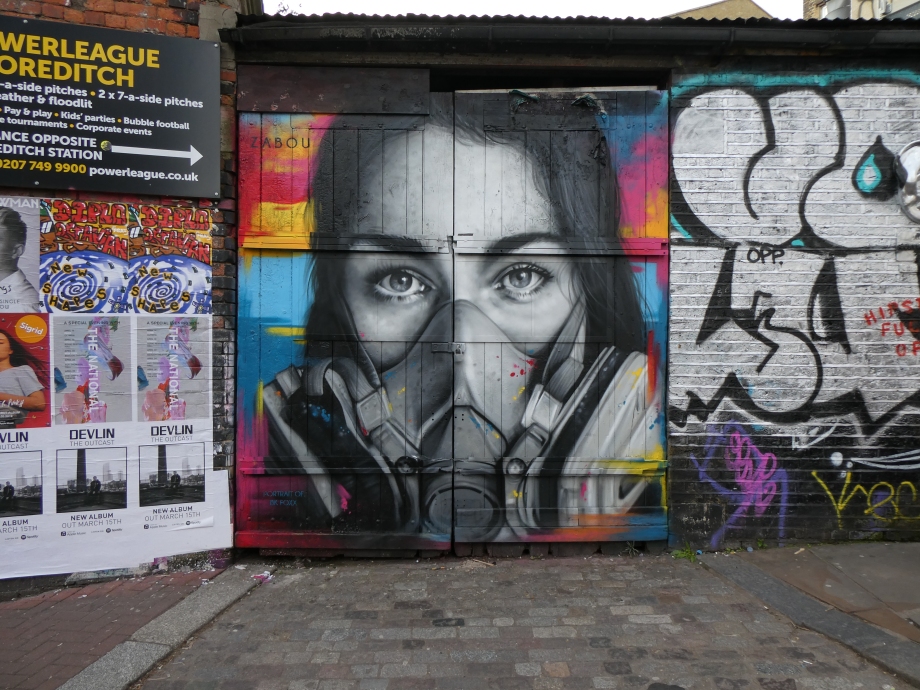 ‘Born To Paint’ in Brick Lane, featuring a striking portrait of female Street Artist BKFoxx, and very much in a more classic style of Zabou’s. 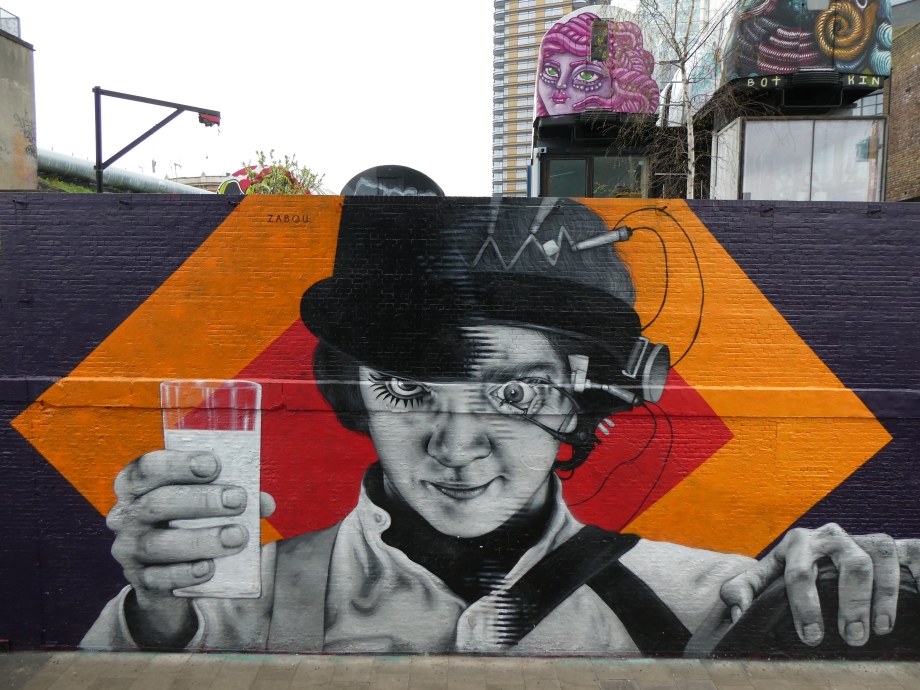 ‘The Glitch (Clockwork Orange)’ on the Village Underground wall in Holywell Lane, Shoreditch with an ode to another of Stanley Kubrick’s iconic creations, namely A Clockwork Orange and in this instance featuring a split image – glitched even – of the film’s lead character Alex and presenting a harmonious contrast of perhaps two of the most memorable scenes and simultaneously presenting the character at the highest and lowest points of his story. 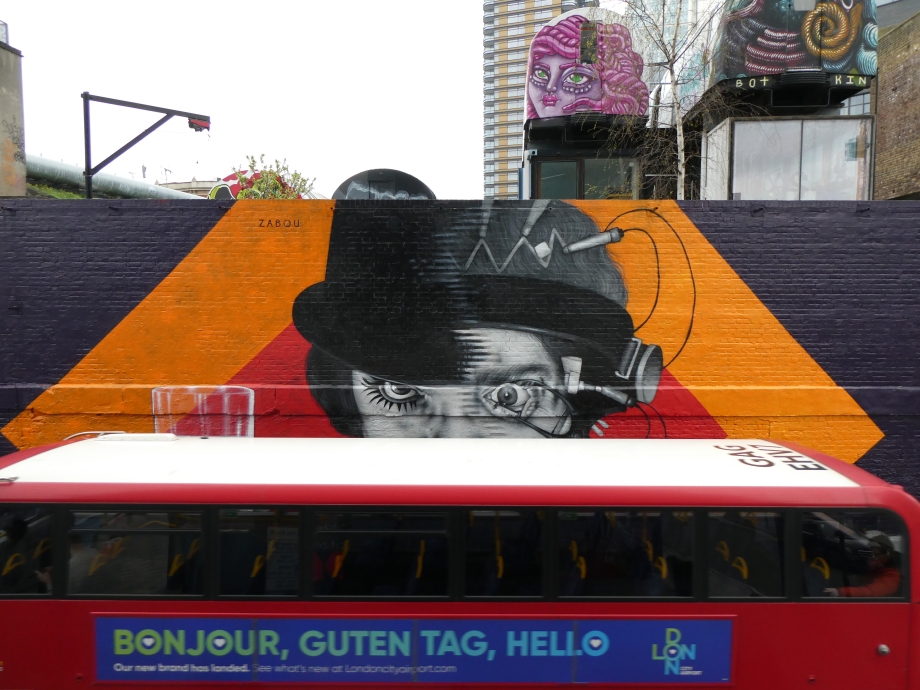 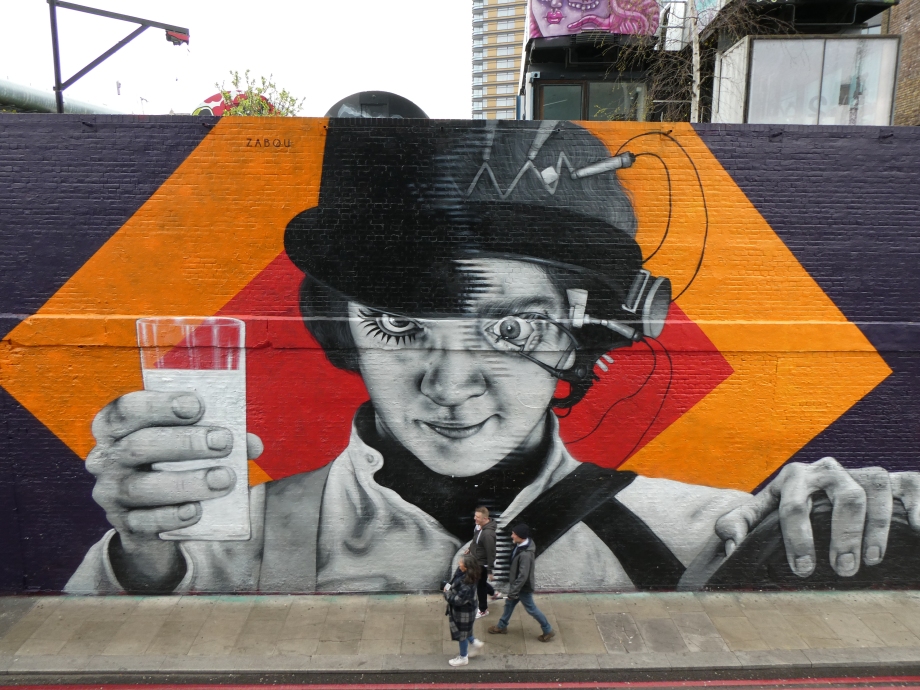 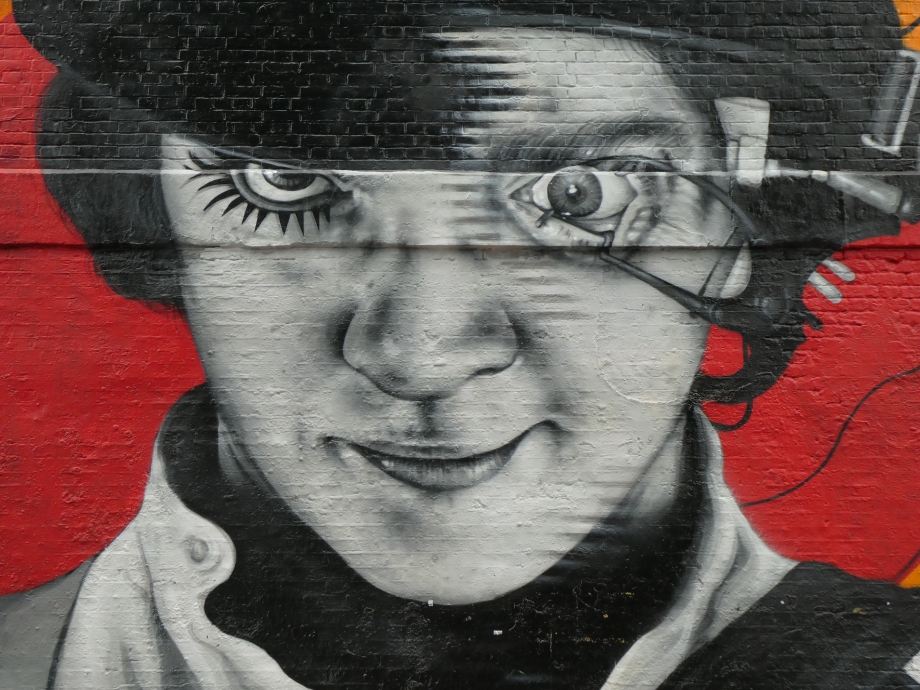 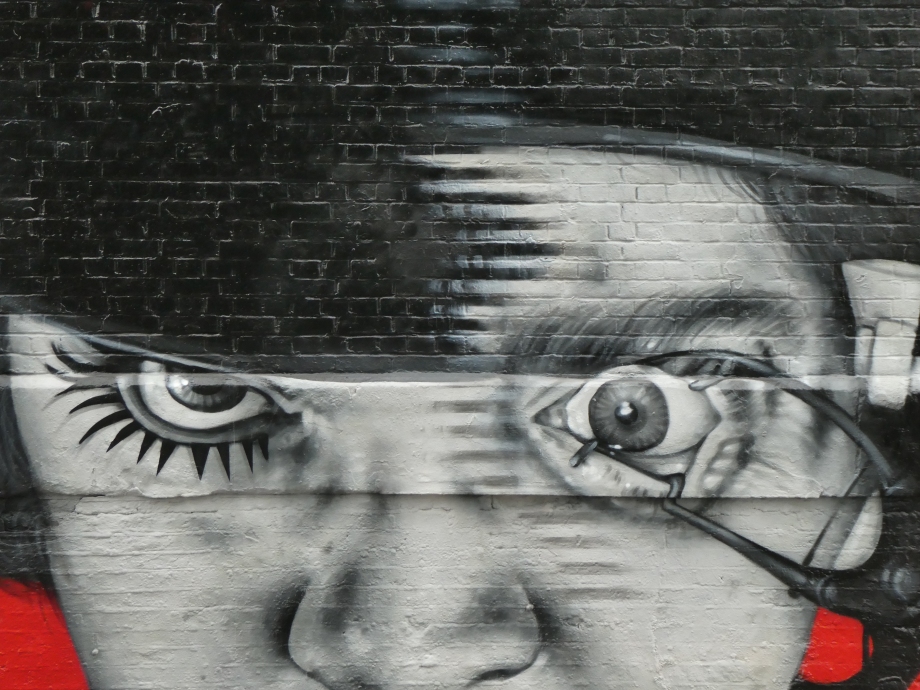 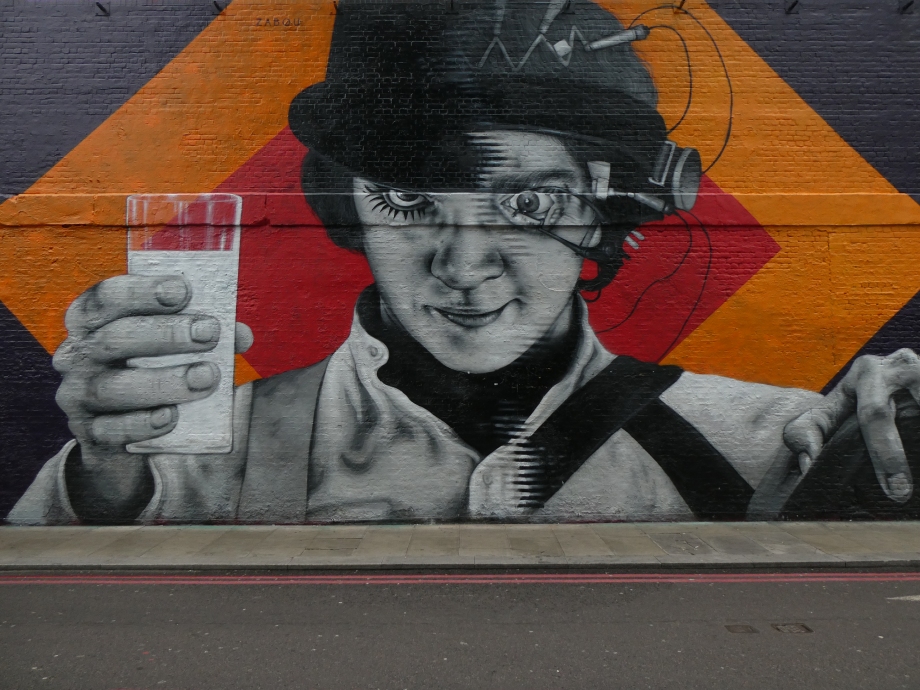 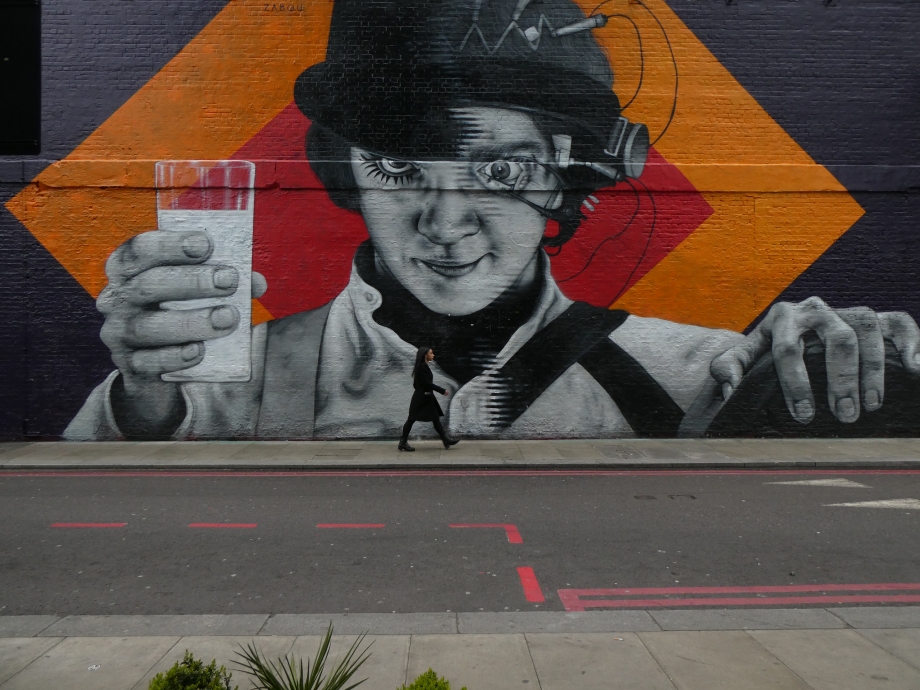 One comment on “New Zabou Street Art Around East London”