Last Wednesday London was lucky enough to receive a brief visit from Dutch Street Art duo Telmo Pieper and Miel Krutzmann. who whilst passing through. hit up a delightul work on Pedley Street, just off of Brick Lane, on the feature wall of the Kinkao restaurant. It was a shame to see the superb recent work from Ana Marietta go so soon, but it has been replaced by an equally impressive and equally absorbing piece.

Working as muralists and image-makers, Telmo Pieper and Miel Krutzmann met in 2007 at the Willem de Kooning Academy. Telmo was at the time working in illustration and design, whilst Miel had experience in decorating walls for some several years at this stage. It was at this point that Telmo first delved into painting with spray paint as a part of the trio Codex Inferno. In 2012 they started working as a duo and officially became Telmo Miel, and have spent the last three years or so honing their skills and defining their own style.

Working together seamlessly, they both enjoy working in realistic styles applied to contrasting and often hybrid-based subjects. They often work with themes in their art. It is predominantly subjects such as strange animals, plastic bags, inflatable creatures, gloves, with these themes often being fused around portraiture. It is such influences in the subject choices for their works which contribute to the overriding surrealistic elements in the subjects. executed through hyper-realistic representations. The pair work sometimes individually and sometimes together on concepts and ideas but the implementation of the work is always done collaboratively.

This piece created last week in London is entitled ‘Glove Bugs’, with the ‘glove’ element a recurring theme in their works, in which the artists replace the word ‘love’ with ‘glove’, in their often warm toned works. The work encapsulates the innate style and subject choices represented in Telmo Miel’s work, in this case with a main character which is half Koala Bear and half little girl, being petted by ‘glove’, in a loving gesture, and accompanied by a inflatable chicken to the side, which looks set to just float out of the work. This piece is superb, offering a real sense of warmth and tranquility about such a bizarre subject choice. It’s impressive how such a surreal creation can seem so friendly and be so engaging. 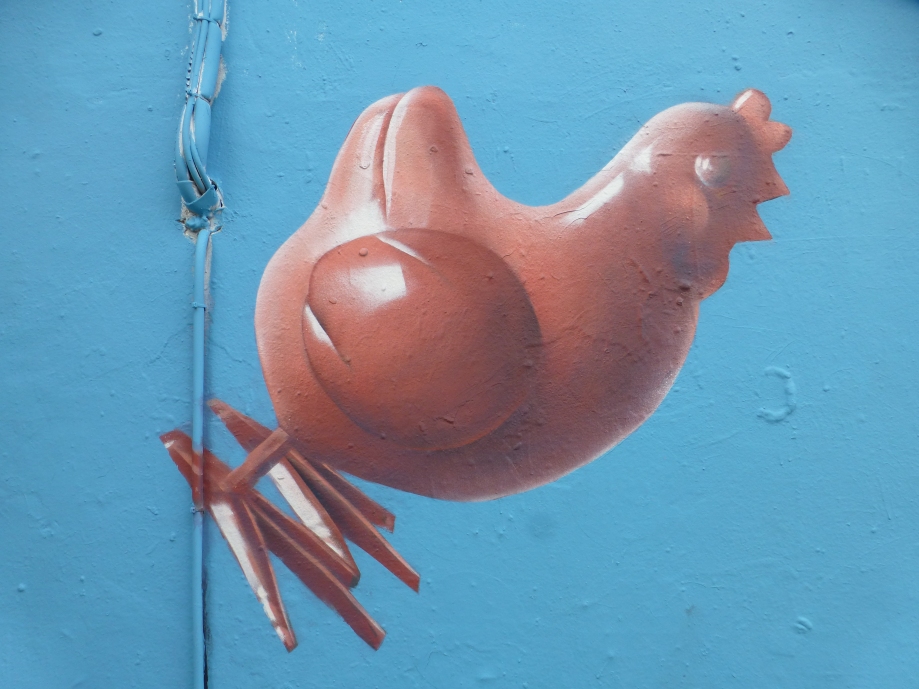 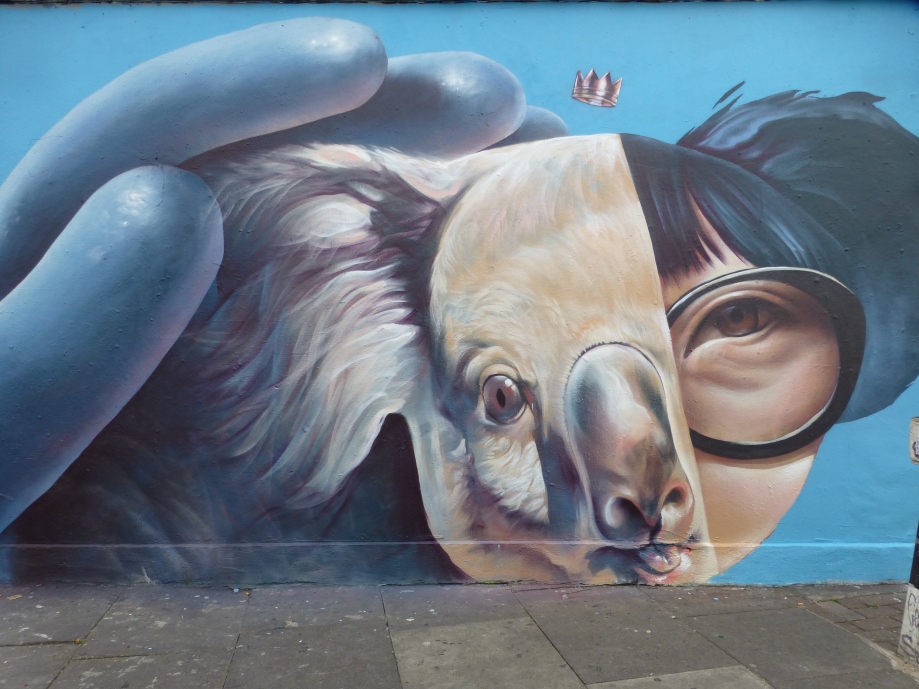 We aren’t sure whether or not the floating crown was inspired by the previous work which also had a couple of miniature crowns above its subjects, or if this is merely coincidence. 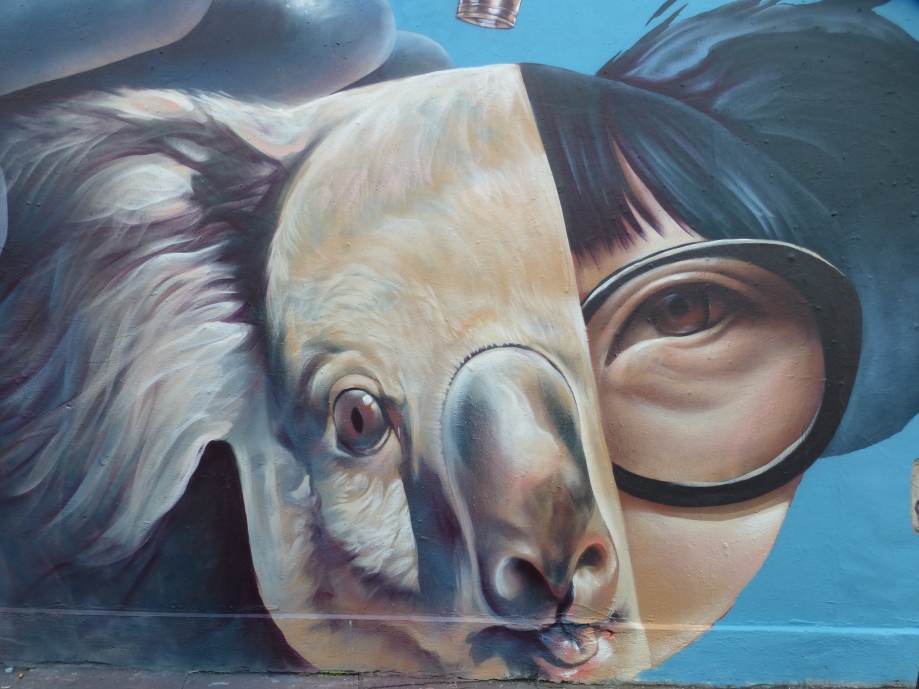 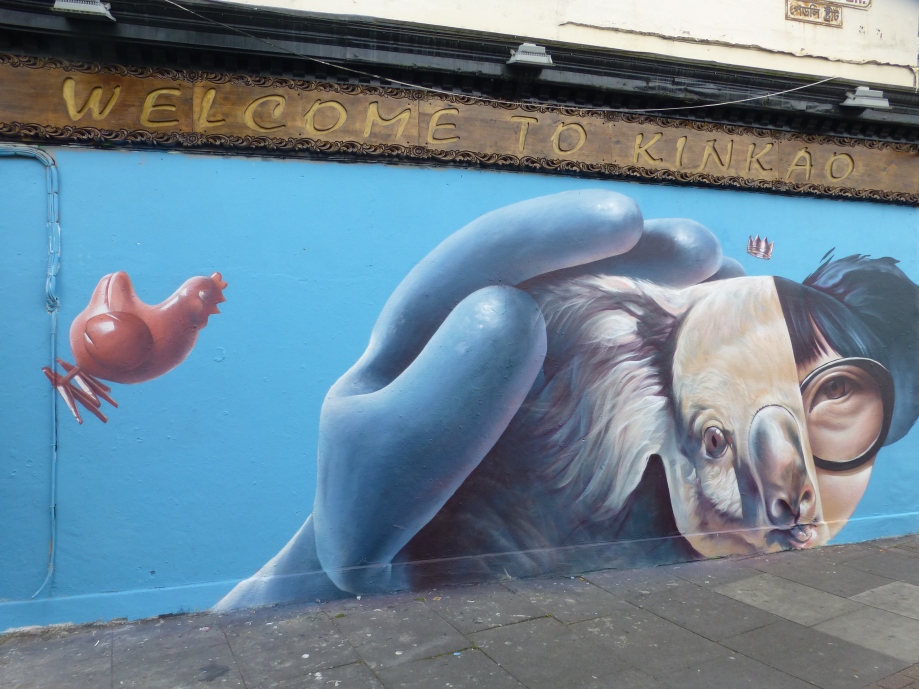 We very much loved viewing this amazing new addition to Brick Lane’s thriving Street Art scene and certainly hope to see this pair back in London in the not to distant future. Until then enjoy this piece ‘Glove Bugs’.