Last week London was treated to a whistle-stop visit by Chilean Street Art duo Un Kolor Distinto (which translates as A Different Colour) who during their short trip over where busy in a whirlwind of activity around London’s East End which saw them place up some seven works, six of which we are sharing here, due to one piece being buffed out by the property owners the same day.

The duo consist of Jekse and Cines. Sammy “Jekse” Espinoza is a Graphic Designer and became a practicing Street Artist in Santiago, Chile, in 1998.  With a colorful style, Jekse’s works set to leave a message of life experiences, travel, love and freedom of the mind, depicted primarily through the creation of abstract figures infused through the composition of cosmic energy. His works feature characters and landscapes that aim to let the viewer into a parallel universe where dreams and particles are the main forces.

Cynthia “Cines” Aguilera is a Building & Construction Graduate and became a practicing Street Artist in Santiago, Chile, in 2000. Her style is notable for its use of a mixture of characters and letters, which for her represent the freedom of imagination with a strong focus on depicting feminine strength. Her works are inspired by nature, space and the universe and take form in a surrealist and organic manner which utilises a mixture of bright colours that add a distinctive warmth to her pieces.

It’s fair to say that as a pair the duo certainly create works that stop you in your tracks, they have a lot going on in them and the pieces placed up in London last week really have a touching warmth about them, these are some of the most pleasantly surprising works we have stumbled upon in some time, all the more so for being by a previously unknown entity and we very much hope to see this Chilean duo back in London in the future. 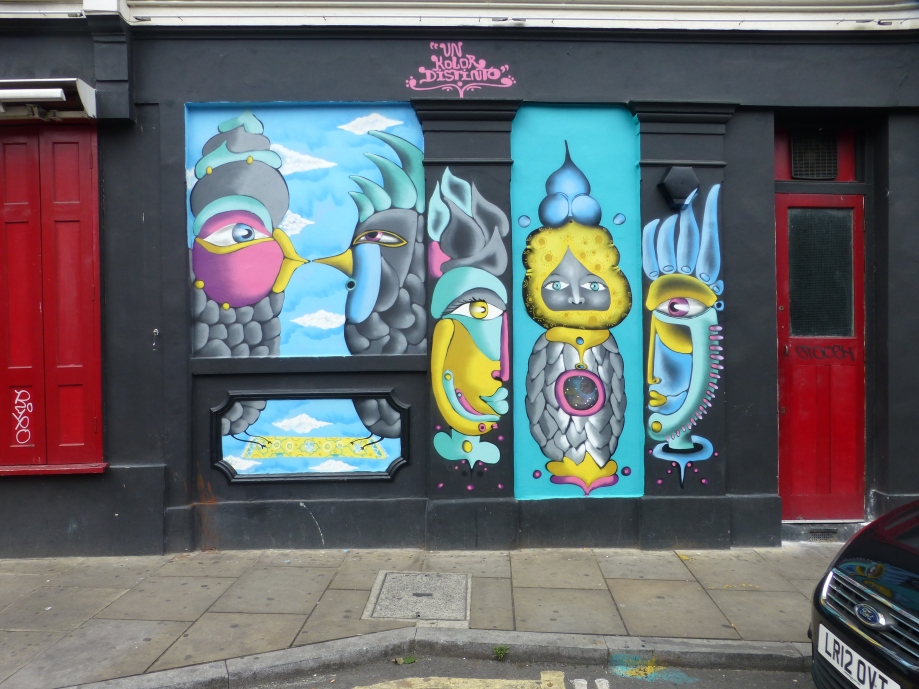 Work in Chicksand Street, just off of Brick Lane. 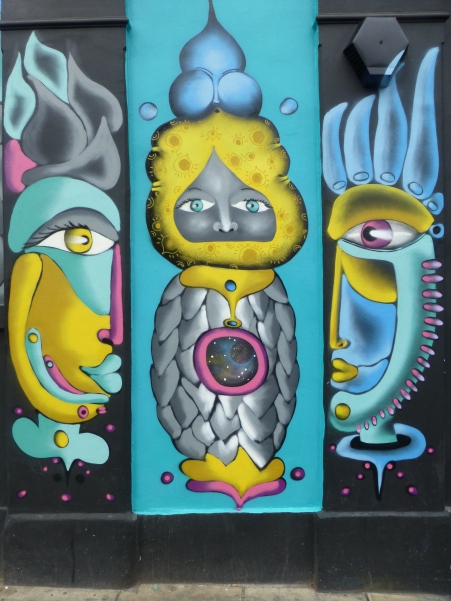 One of two works placed up on Sclater Street.

Lovely work on Sclater Street, that really brightens and tidied up a rather messy section of free-for-all wall. 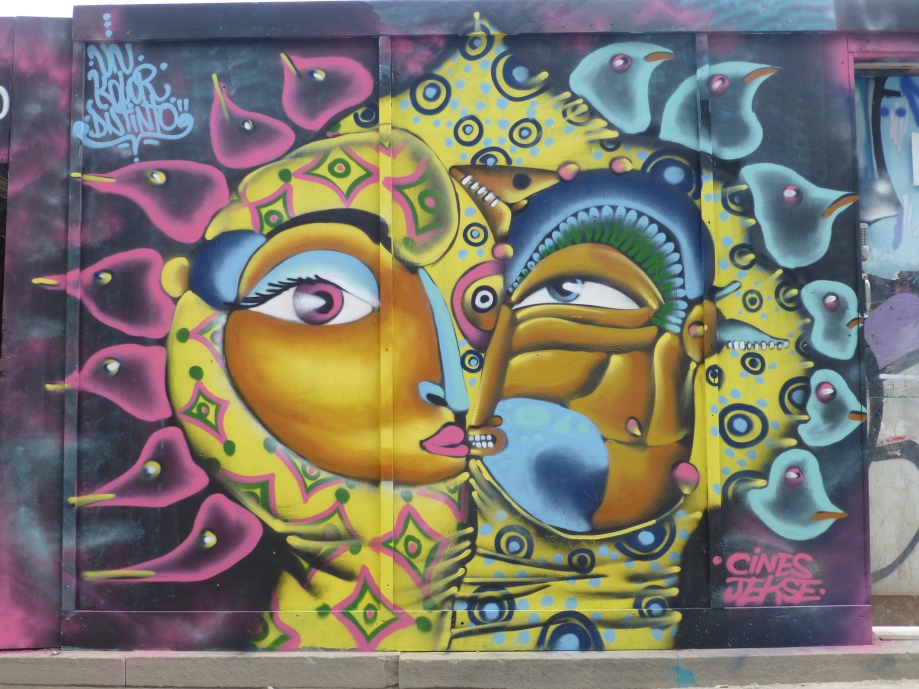 The duo’s largest work from their whistle-stop visit to London, this can be found on the corner of Old Street & Hoxton Square.

This is our favourite work from the duo’s visit to London.

Work on a lorry, keep your eyes peeled around the East End to have a chance of sighting this mobile work.

A sticker spied on Brick Lane.

A little throw up tag to be seen in the alleyway leading to Star Yard.