Well this incredible piece we are sharing with you now was painted in Clerkenwell between Christmas and New Years and as it wasn’t completed until the last day of 2016 and therefore not possible to view completed until 2017 we are counting it as the first work of the year in London, and what a spectacular piece it is.

Working over five or so days on a far from perfect surface, this wall is very disjointed and uneven when you take a closer look at it, Vera Bugatti has created a piece that certainly stands well in its environment and very much commands your attention upon viewing. In the work entitled ‘Teratology’ Vera Bugatti is based upon the meaning of the term in the 16th-17th Centuries, namely the discourse of prodigies and marvels to be expelled from the realm and views of normality due to being extraordinary, historically often portrayed as monsters through which God could communicate. So it is this series of juxtapositions between the normal and abnormal, the good and the bad which this works sets to portray. With the main female character presented with the face of a child and the arms of an adult, set accompanied by a trio of hybrid animal creations, such as the prominent cockerel with the body of a goat, of which the female figure is depicted simultaneously embracing and pushing away. Such dichotomies in the subject and her actions make it impossible to determine whether she is in harmony with this creatures, protecting them even or whether she is in fact collecting or hunting them. Fantastic to see a piece that makes you think and leaves you hanging and all the while executed in such style. 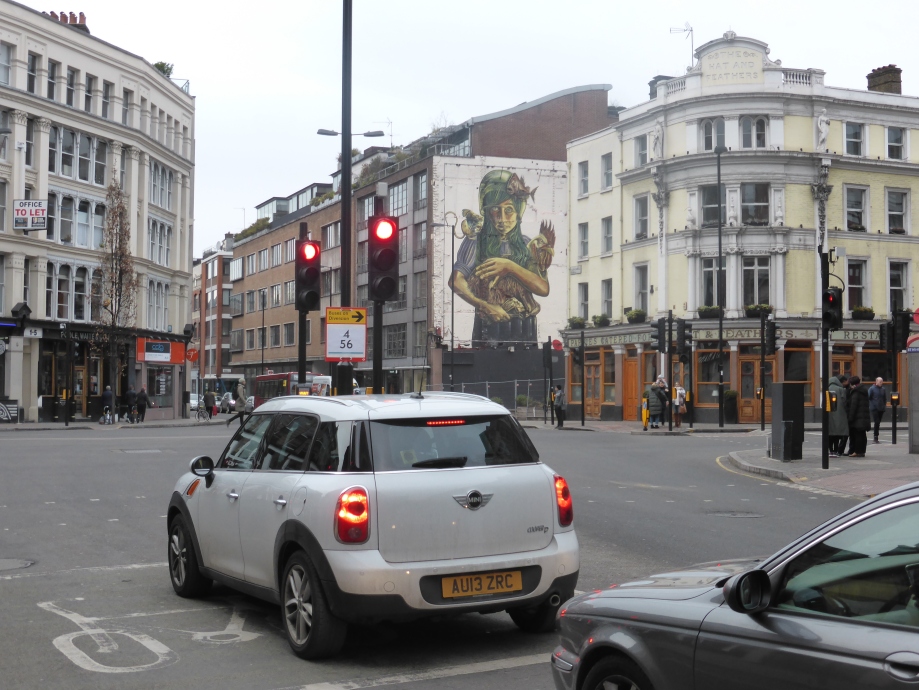 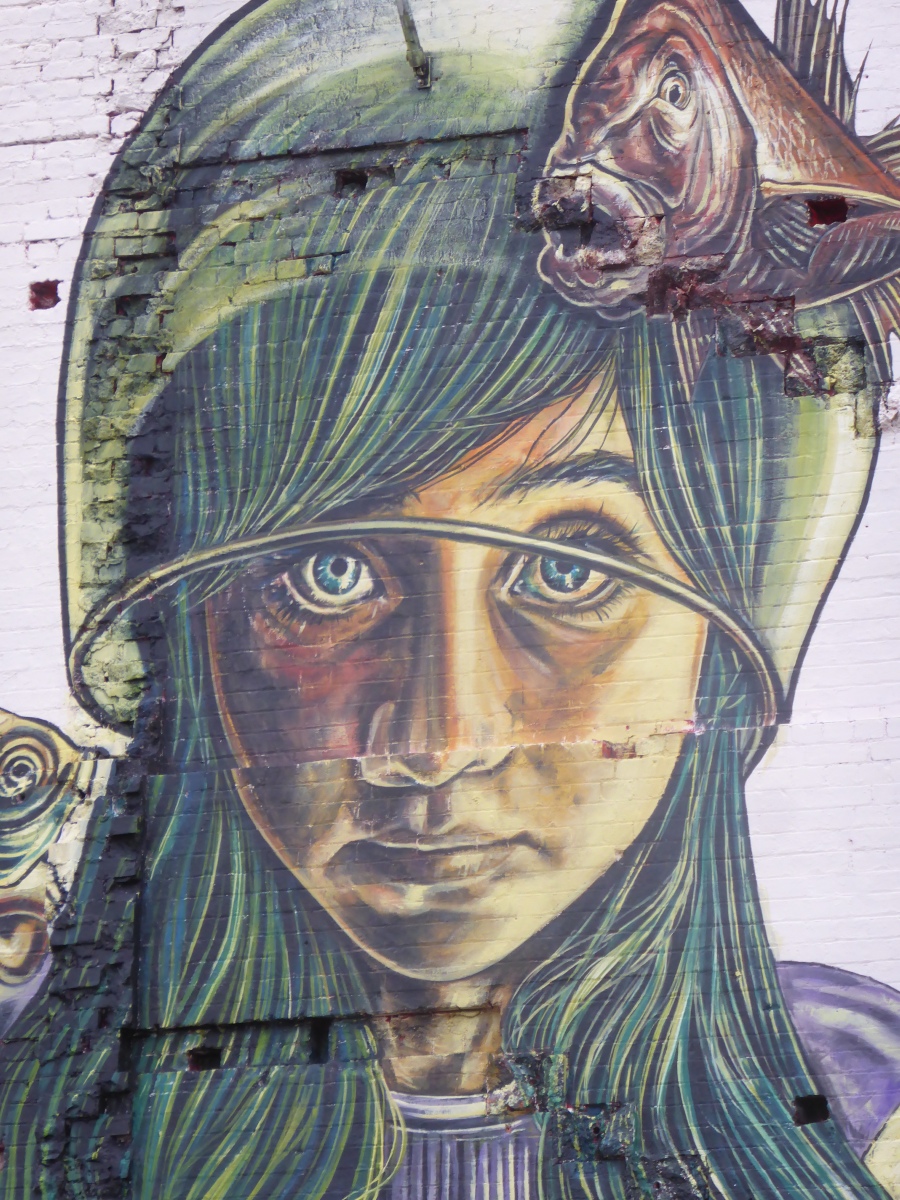 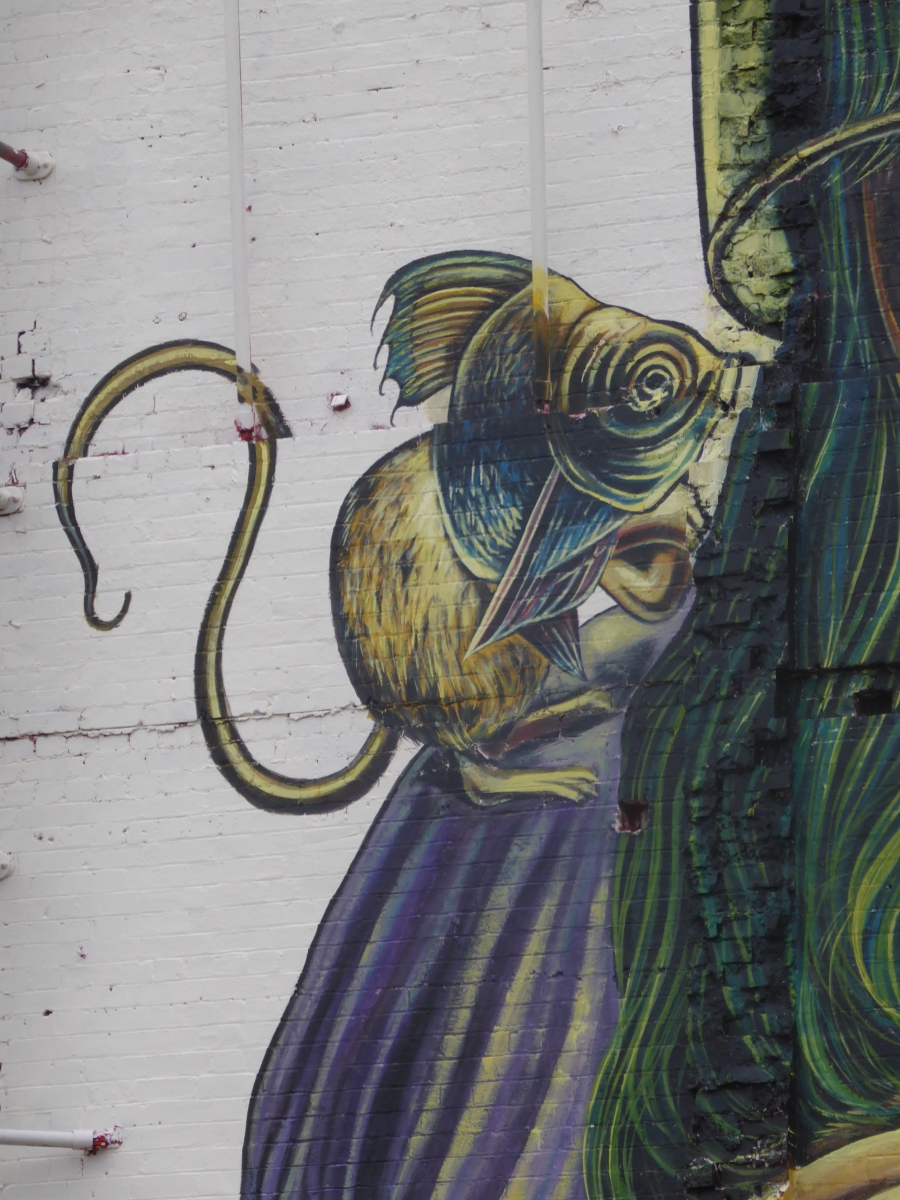 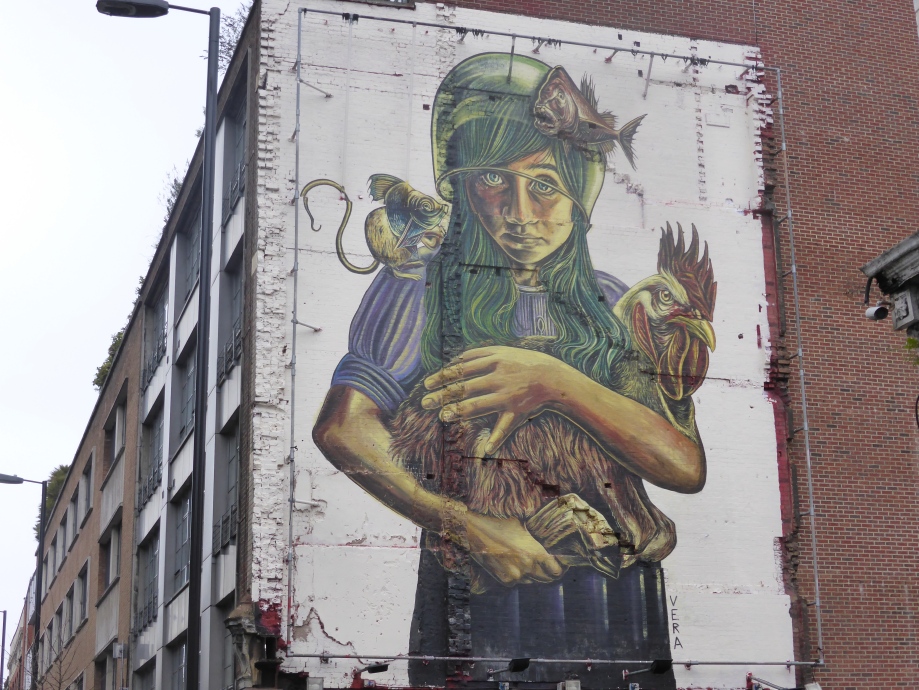