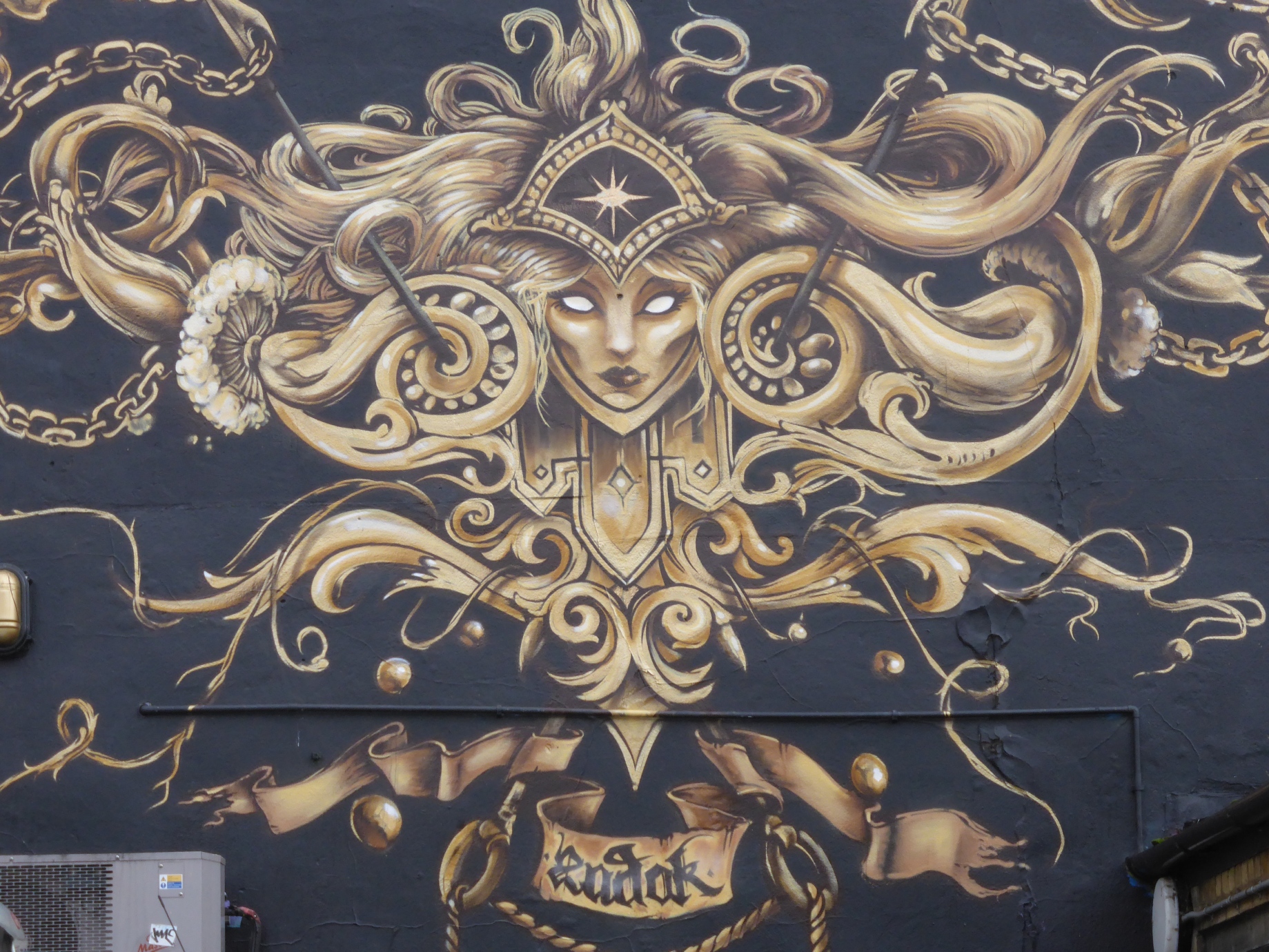 Last week in Bethnal Green the final work in the ‘Colour The Capital’ project was created by the very talented Street Artist Zadok, an excellent addition and conclusion to what has proven to be an impressive collection of nine large murals put up around East London in conjunction with the Forest Recycling Plant.

For the final piece in this project Zadok has painted the side wall on the Star Of Bethnal Green pub, and with the name of the pub in mind has created a piece depicting at it’s centre a star which is surrounded by a classical and traditional nautical frame, depicted in a fantastic realistic style, something very typical of Zadok’s works, which very much come to life in their own subtle way. The mural can be viewed in Rushmead, off of Bethnal Green Road. 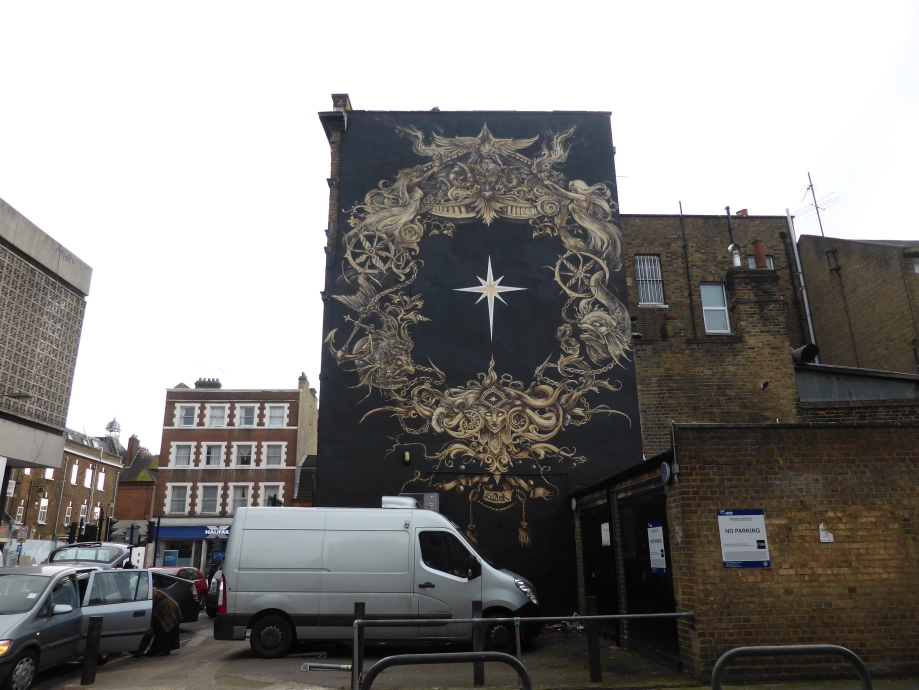 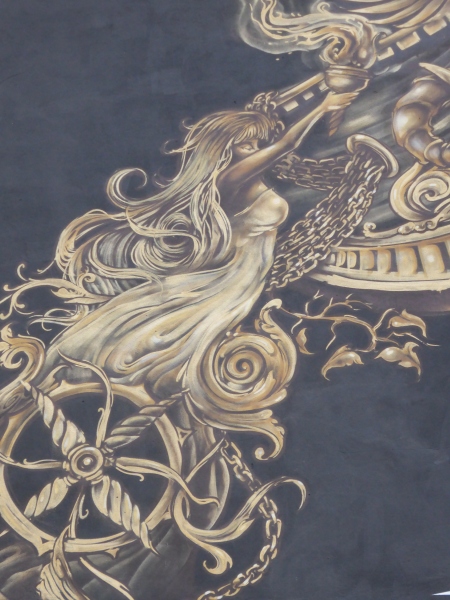