Here we are playing catch up with a piece put up last weekend the day before and morning of StreetFest by Lost Souls Crew members, Squirl, SPZero76, Captain Kris along with Tony Boy & The Real Dill In Bethnal Green. On Saturday we were wandering around Bethnal Green to see the delightful Giusi Tomasello at work, as well as capture the new collaboration from Brazilian trio Bailon, Sliks & Cranio, at which point we discovered this mural was being put up along the length of the building above the work from the Brazilian trio. Getting together a day ahead of their appearance at StreetFest painting, Lost Souls members, The Real Dill & Tony Boy spent the best part of Saturday laying out this work, before heading back Sunday morning to add the finishing touches. The work depicts a myriad collection of characters all set along the cosmic theme and central character of Squirl’s ‘Astro Fox’. All involved were in fine spirits and enjoying their turns working away up on their scissor lift, gradually bringing this delightful work together and we were glad to get the chance to witness and capture these artists at work. 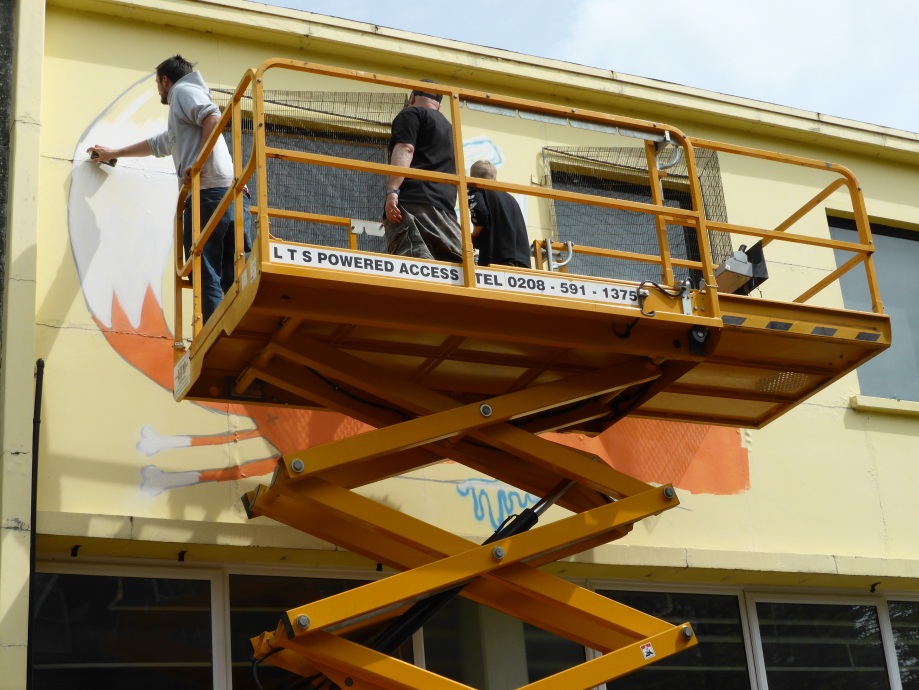 Squirl, The Real Dill & SPZero starting out the piece. 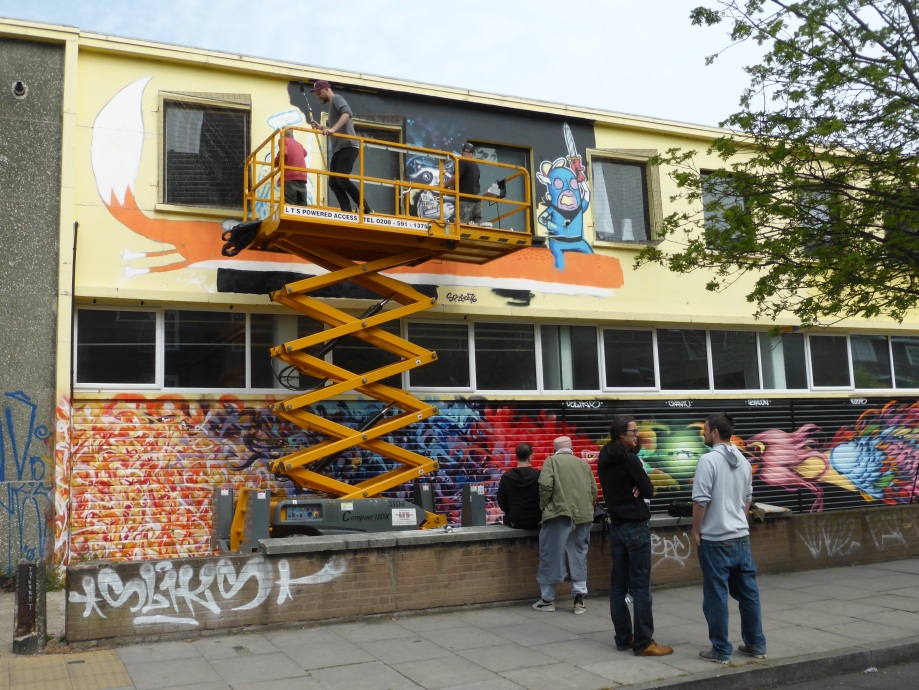 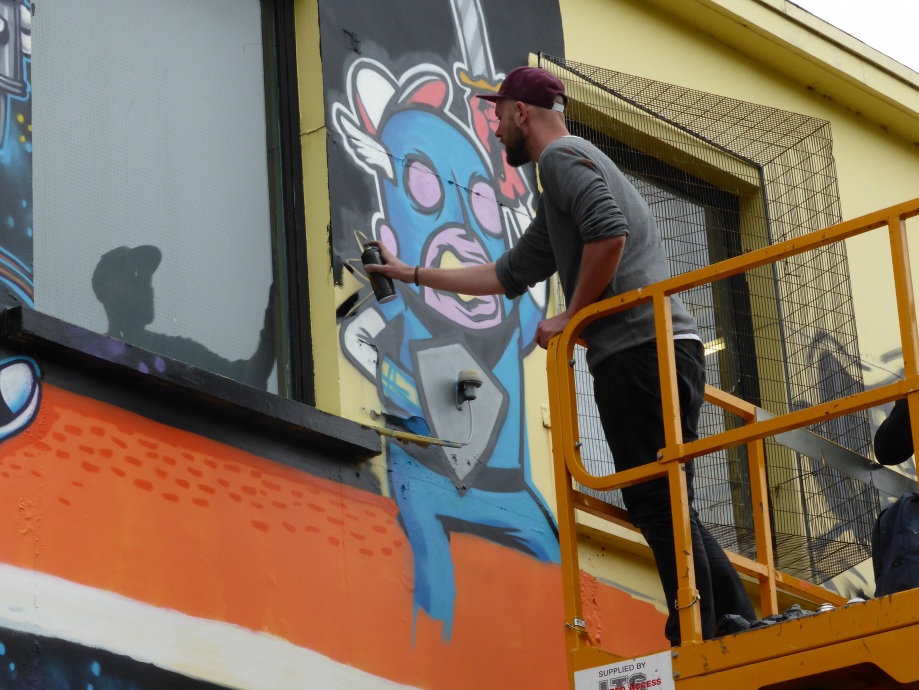 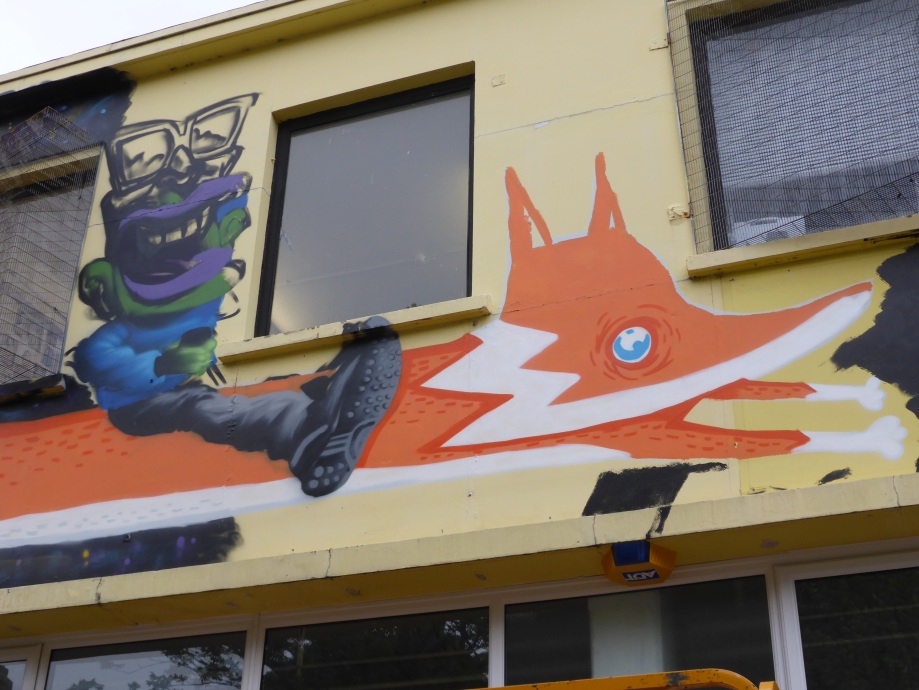 The Real Dill at work on his second character for the piece. 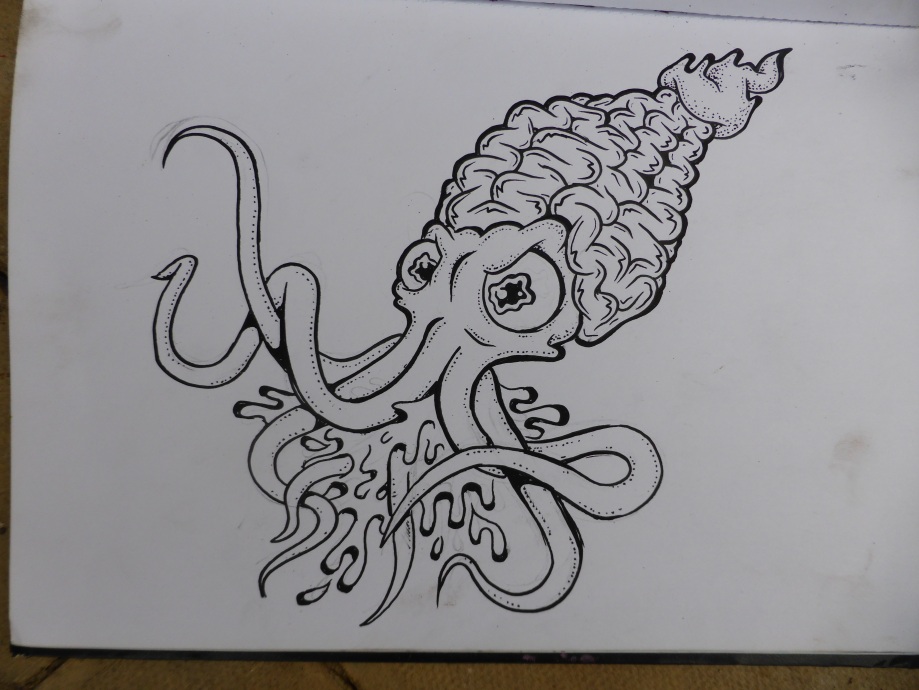 Sketch work from The Real Dill that he was kind enough to let us capture and share with you.

Best shot we can get until the winter of the finished work could get. 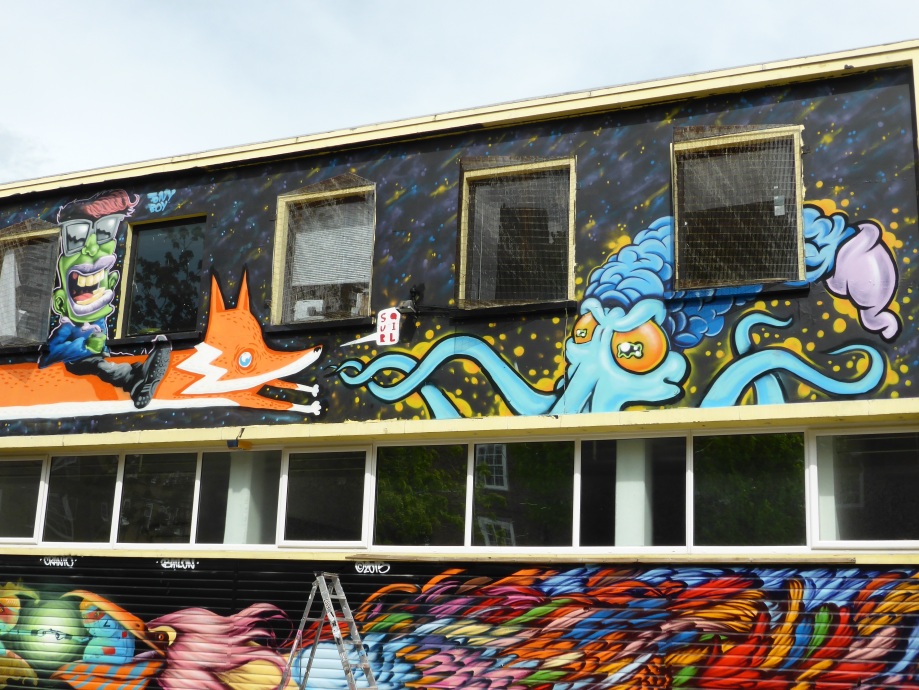 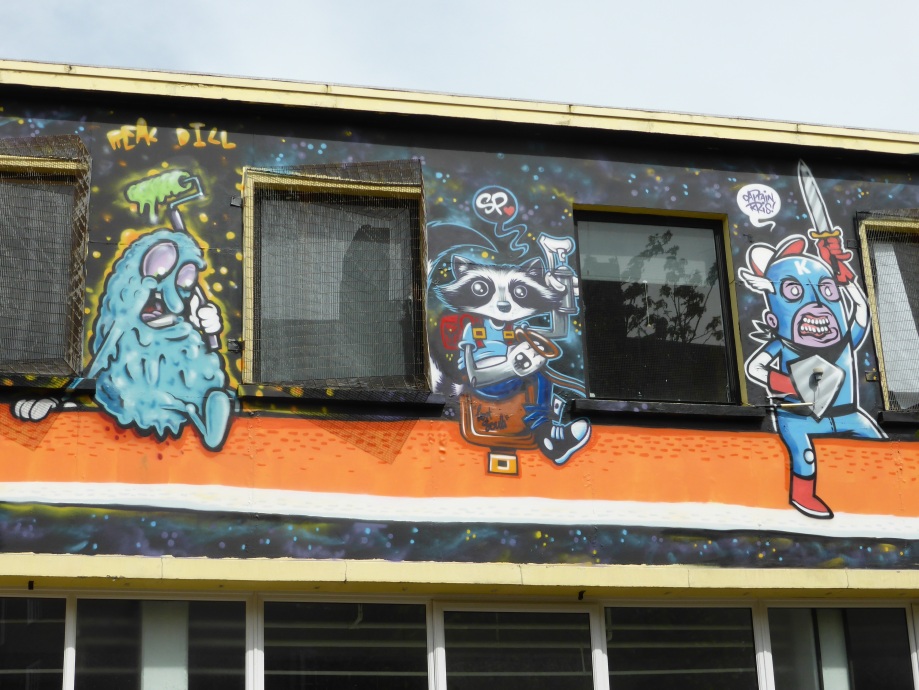 The Real Dill’s first of two characters for this great piece. 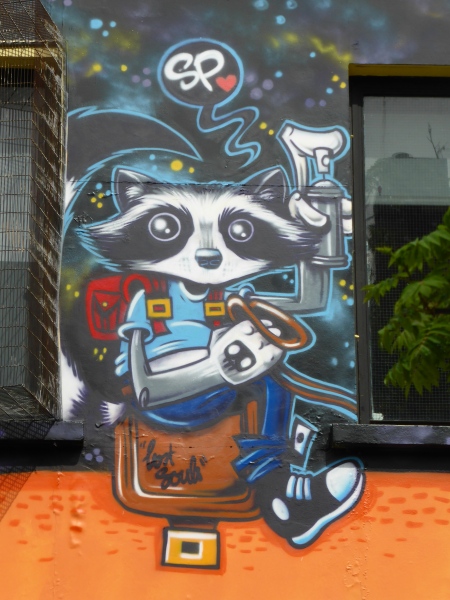 Tony Boy’s contribution to the work. 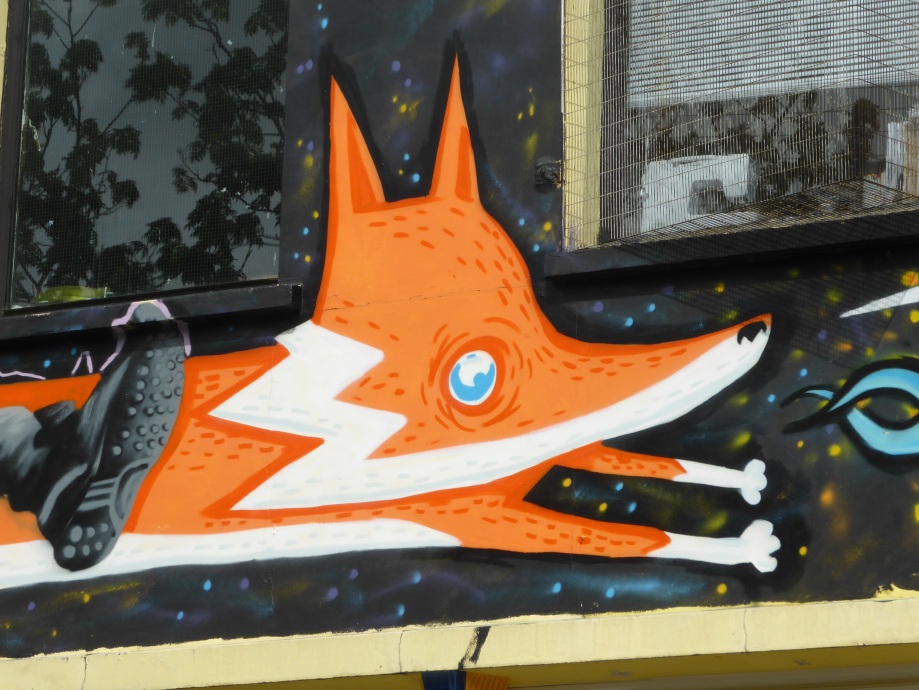 The Real Dill’s second and larger character in the collaborative mural, a very cool squid.

This wall was created as part of the ‘Colour The Capital’ project from the Forest Recycling Project who are set to brighten up run down community spaces with a series of nine street art murals around East London. This is the second large scale mural in the project with the first work being created in Dalston by Pixel Pancho (covered here).