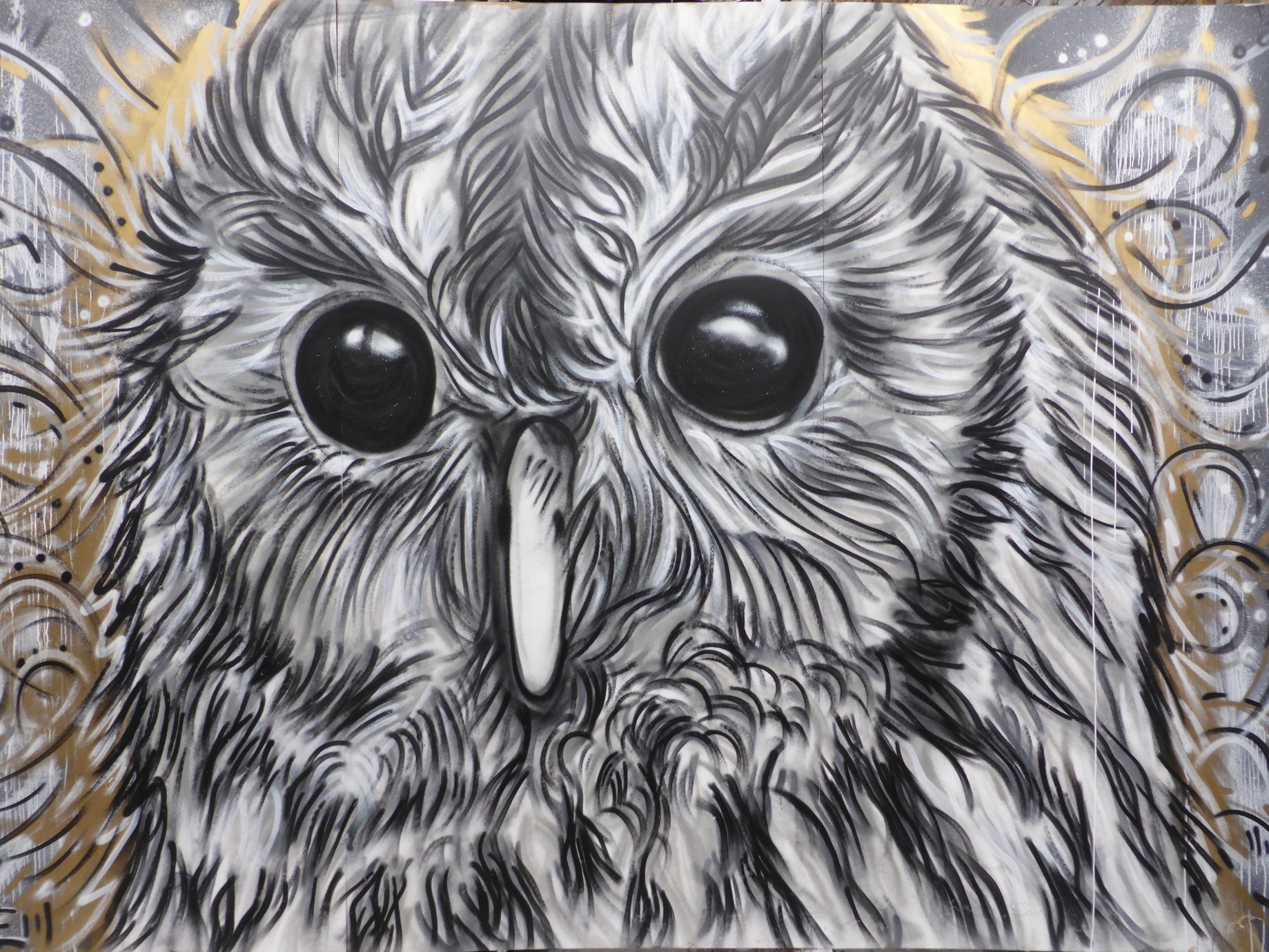 New York artist Pyramid Oracle left London this week after some three months of residing in the capital, in which time he left us with many great works to witness, several paintings and many many hand painted paste-ups. We first met Pyramid Oracle when he was painting in Camden Town in the new year (covered here), he then put up his largest work in London just off of Hackney Road (covered here). Things were a little quiet for a few weeks in February and the beginning of March whilst Pyramid Oracle worked flat out and exclusively for his superb three day solo exhibition ‘Entente’ at Anatum’s Abode (covered here). Since then over the last six weeks before departing from London Pyramid Oracle has hit up paste-ups all over the East End and left us with an excellent large scale work in Bethnal Green just before leaving. Pyramid Oracle has placed up his paste-ups in a range of scales from his signature symbol (below), which can be seen in Camden and all over the East End at current, often quite high up a wall.

To his rather dark depictions of multiple faces and persons merged into one in his own rather Gothic inspired style. It’s been a real treat to witness Pyramid Oracle’s works over his three month visit, and we hope he returns to London soon. In the mean time here are some of his works we have seen and are mostly still up undamaged.

This piece smack dab in the middle of Brick Lane, placed up a month or so back didn’t last long and seemed to be removed from the notice board it was residing on.

This piece can be seen in Hanbury Street. 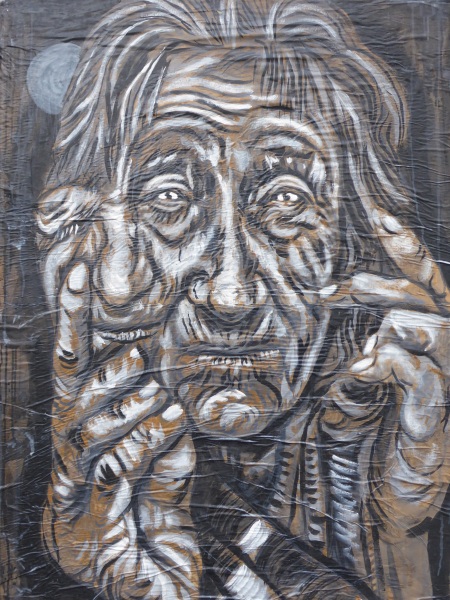 This work is in Shoreditch. 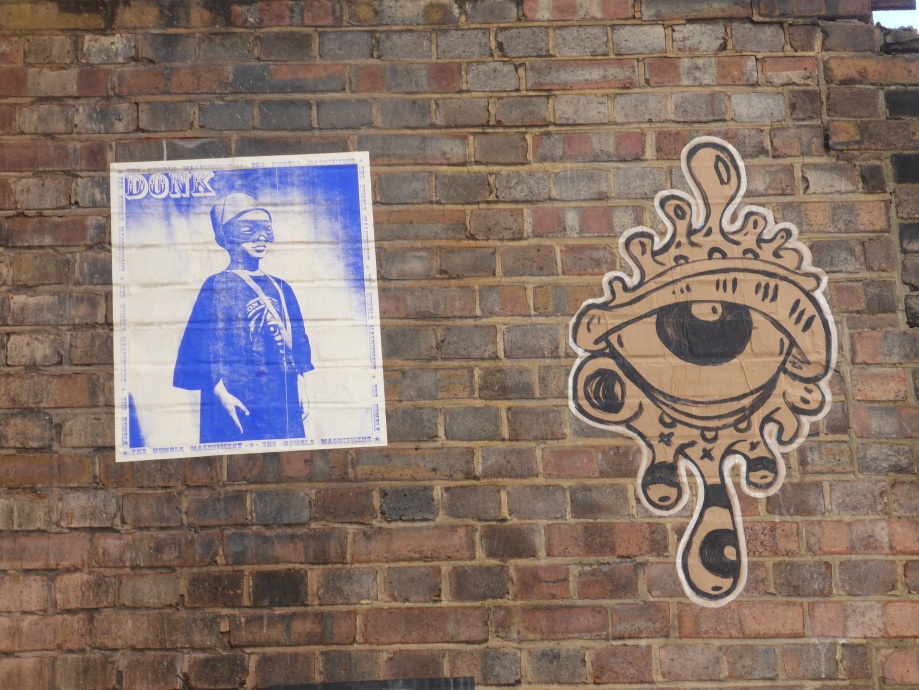 Paste-up alongside Donk in Fashion Street.

Recent work placed in Sclater Street just over a week ago.

One of his final paste-ups just off of Brick Lane.

Excellent large scale paste-up of an owl, placed up alongside an equally impressive work by Himbad, featuring a newer style of painting Himbad is working on to create that superb drip-style effect, which he shared with Pyramid Oracle and can be seen in the detail to the left of the owl in Pyramid Oracle’s work. These pieces were created with the support of the Hidden Streets Of London. Himbad is currenty working on his second piece in the area and when it’s complete we shall be reporting on it, alongside his work here in more detail. 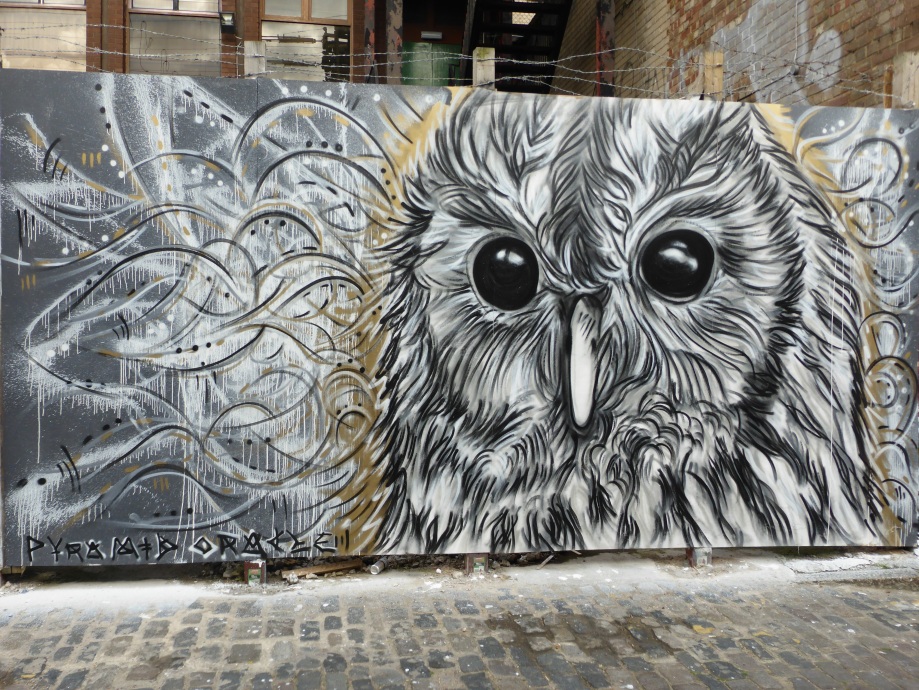 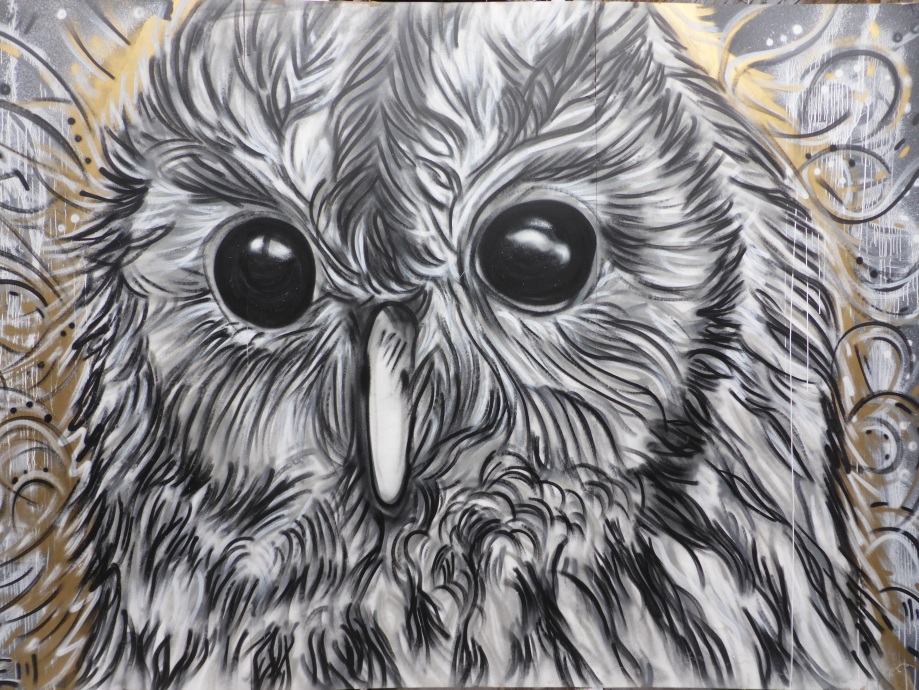 One comment on “New Pyramid Oracle Works In The East End”