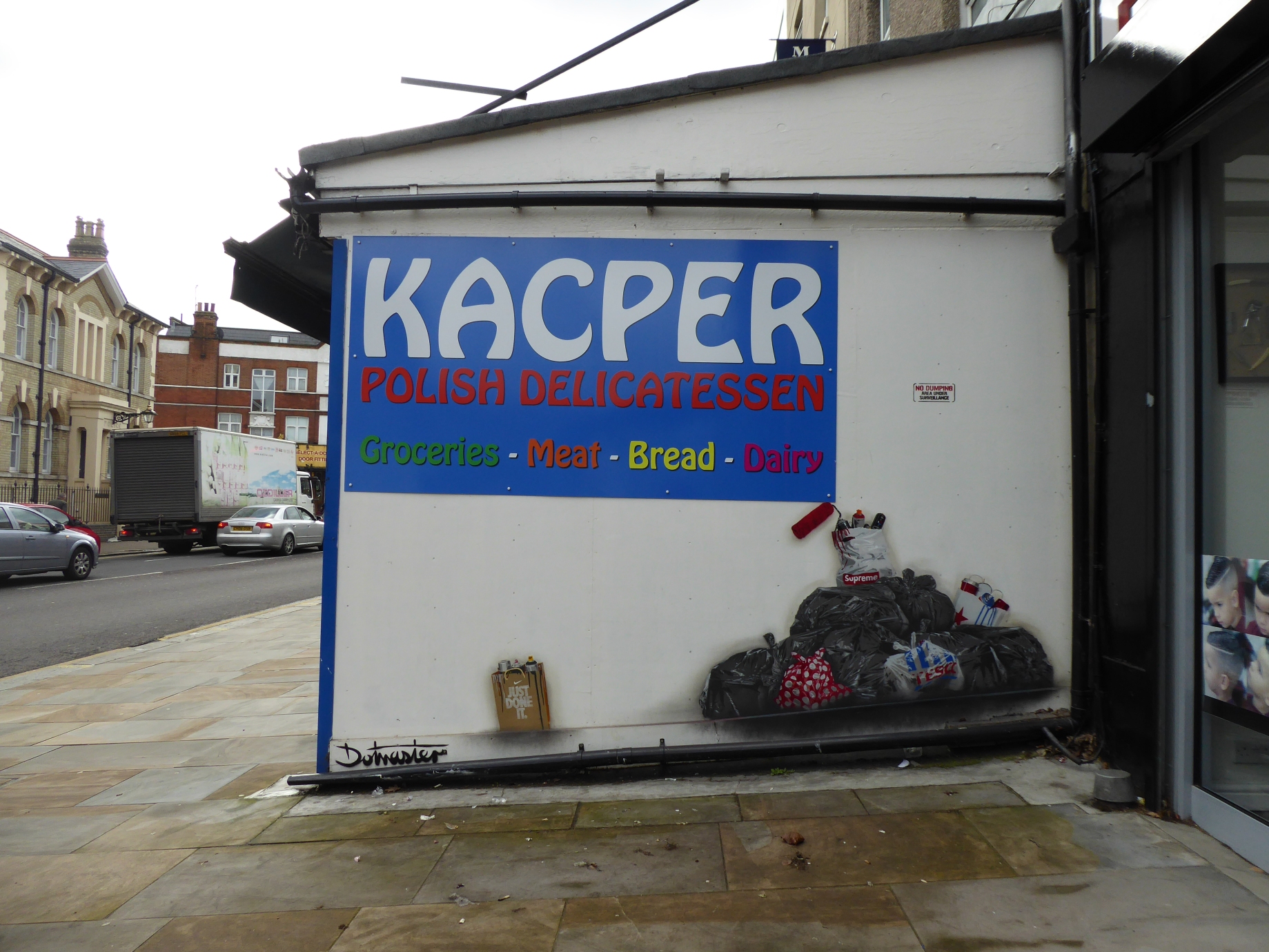 Here we are taking a look at a work painted in April by stencil artist Dotmaster for our community Street Art project SprayExhibition20 in Penge for one of the most high profile locations the project has been donated a space, namely Penge High Street. The work in question is by stencil artist Dotmaster who has previously painted a number of works around Penge over the last couple of years, but we have to say this one is by far our favourite that he has left in SE20 to date – a pile of rubbish. There are only two piles of trash currently in London from this artist, both in Penge, little and large, as well as being one of only two large-scale trash themed works from Dotmaster in the world – the other being on Melrose Avenue, Los Angeles.

Making exemplary use of the rather unconventional space available Dotmaster set to build up a multitude of stenciled layers – somewhere in the region of 100 by our estimate – in order to generate such a realistic 3D effect which we saw from passing by had many convinced the unassuming pile of trash was indeed just that. Beyond the sheer aesthetic brilliance and formidable placement the work also provokes a number of interesting ideas, firstly that perhaps we could all be a little more mindful of how much material we consume and waste with the detrimental effect this poses to the world around us. Additionally this wonderful design also acts as a great metaphor for what is considered art or as we have heard a few times now is “just rubbish”.

We would as always wish to say thank you to the owners of the space, in this instance Kaspers Polish Deli for allowing us to get Dotmaster to add something so magnificent to their property for the whole community to enjoy – especially considering the arguably unorthodox subject matter of the work in this instance. We also would like to offer a big thank you to Dotmaster for again coming down to add some more fantastic art to the area. 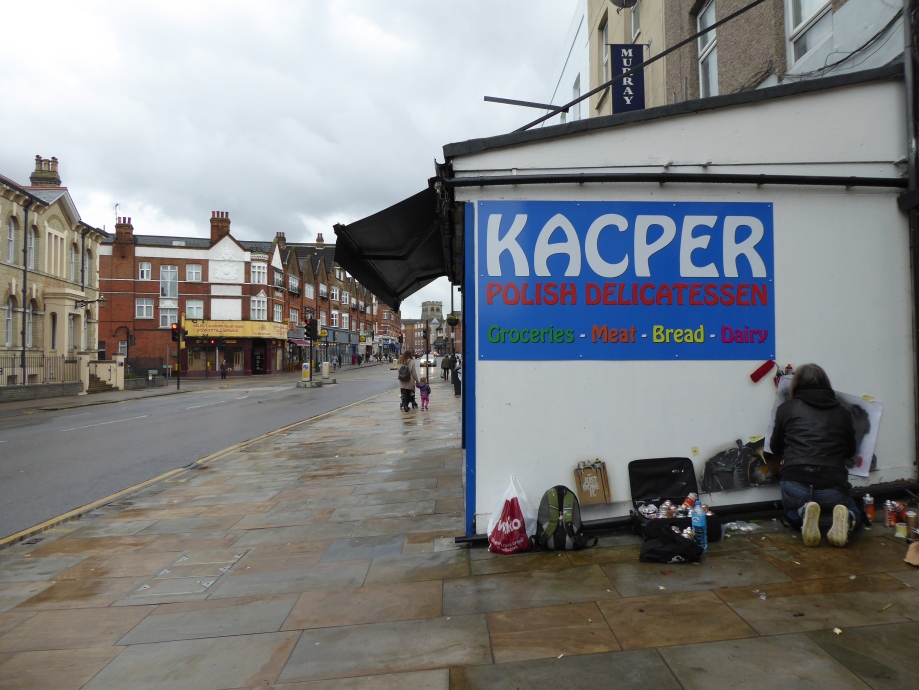 Dotmaster at work with a rainy start. 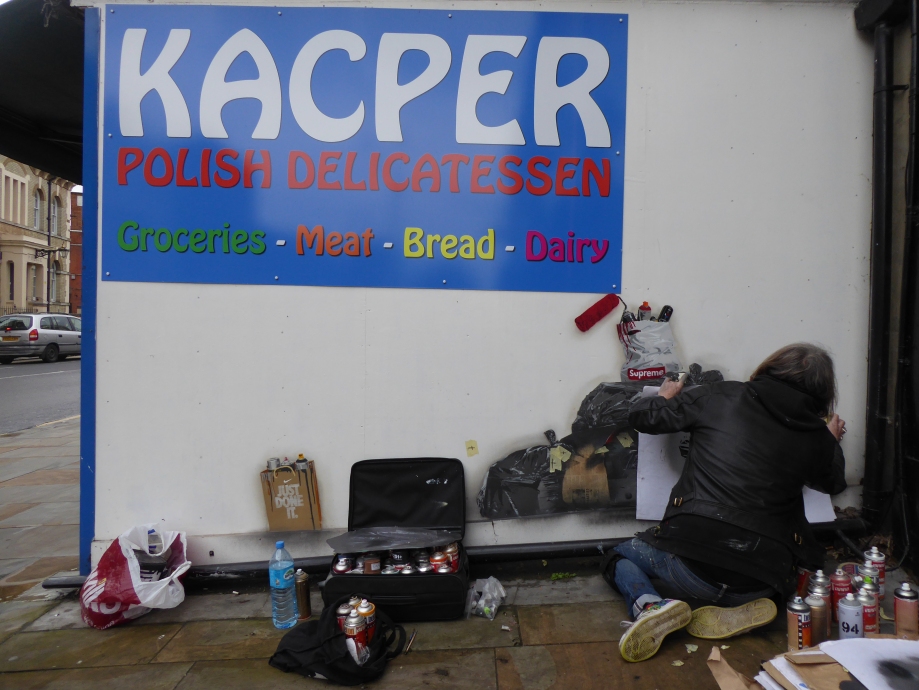 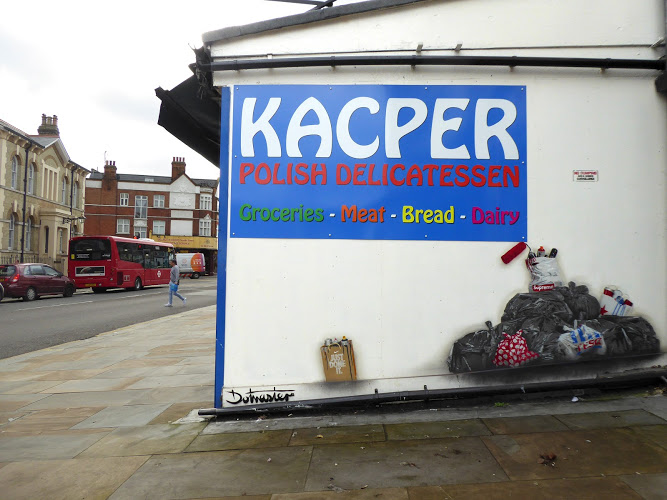 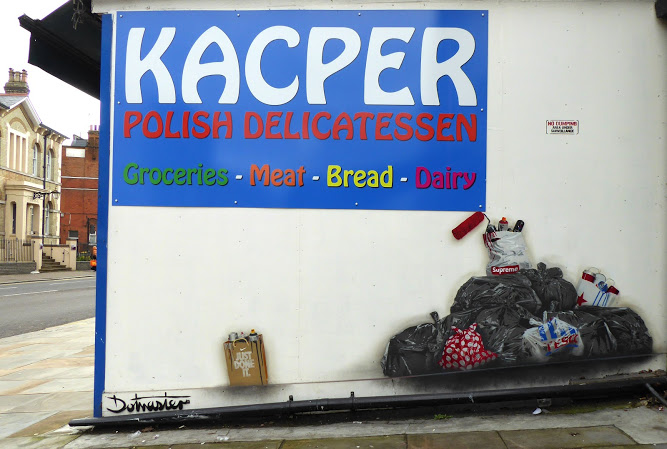 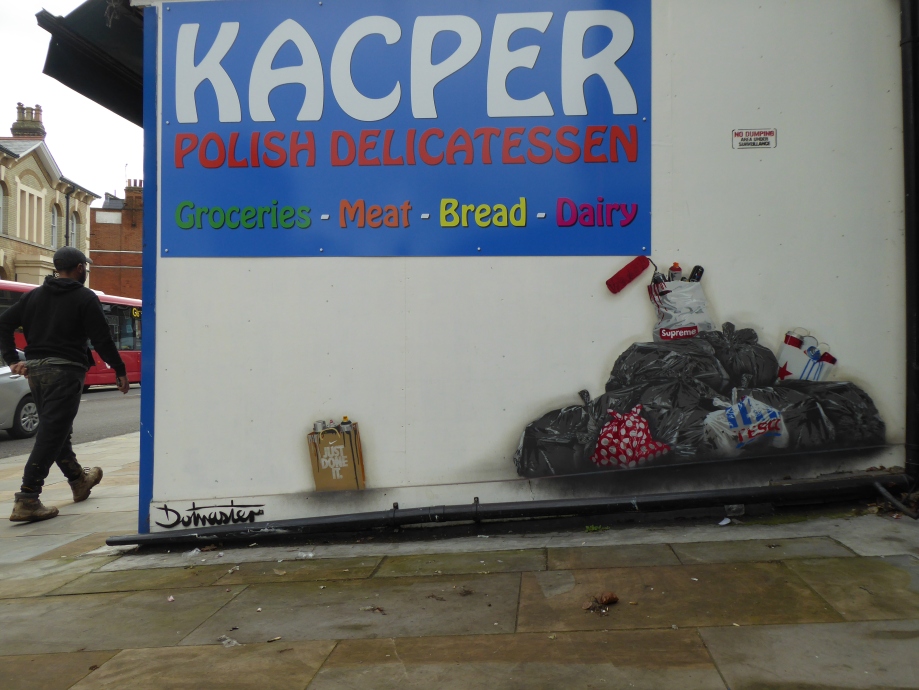 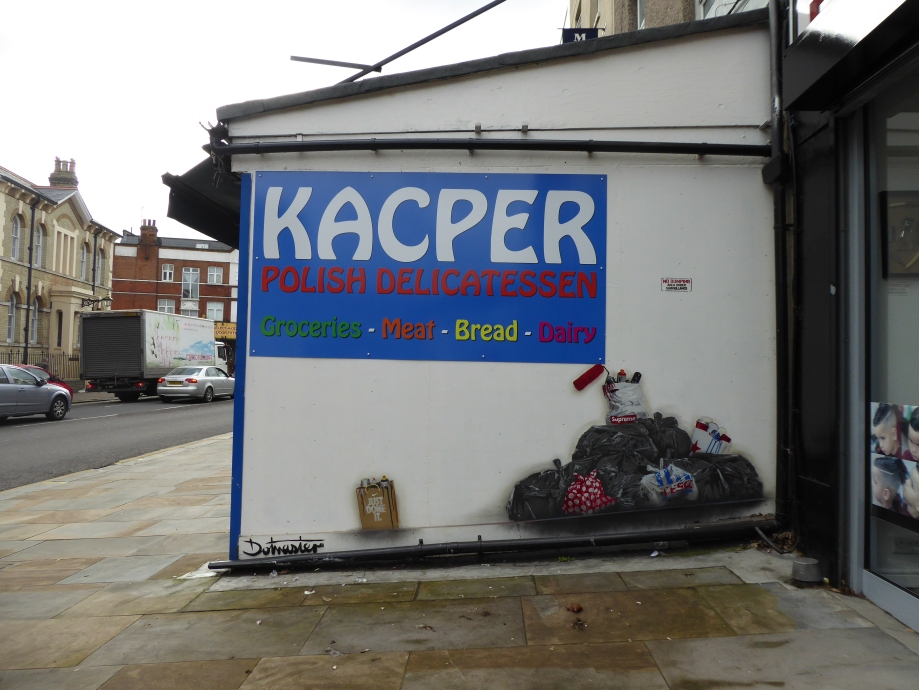 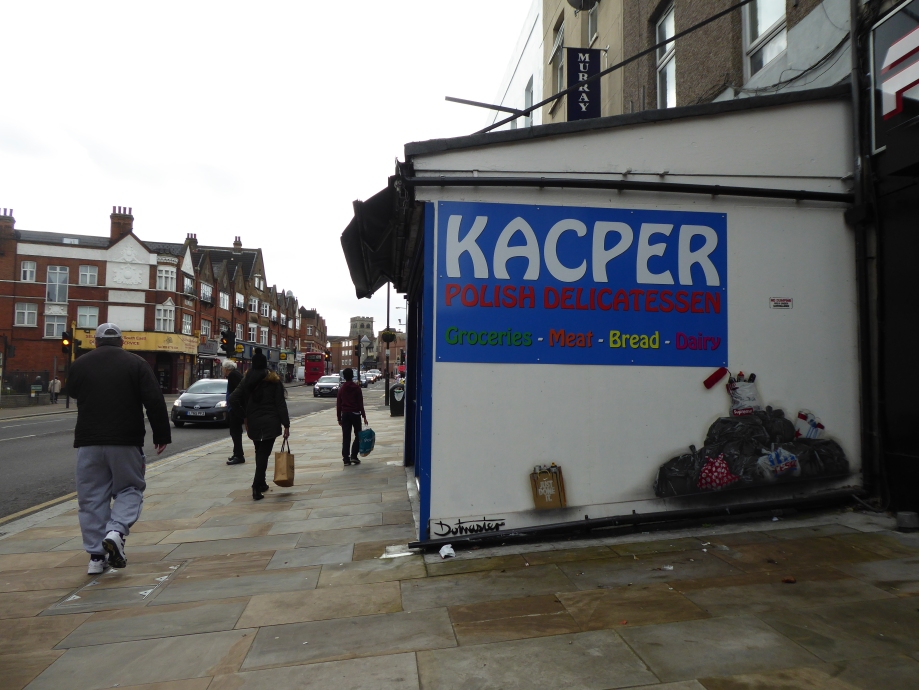 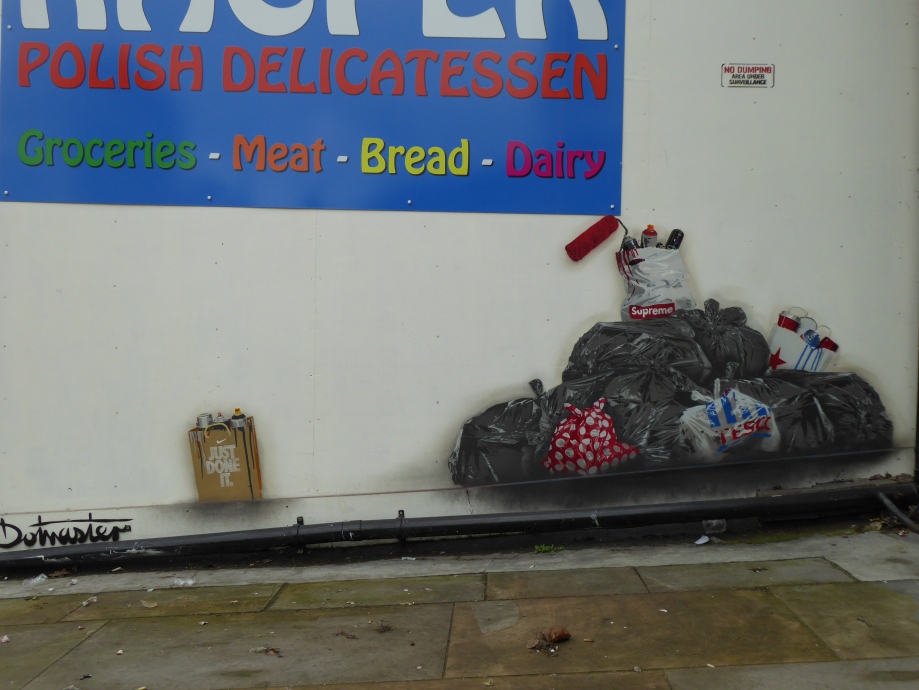 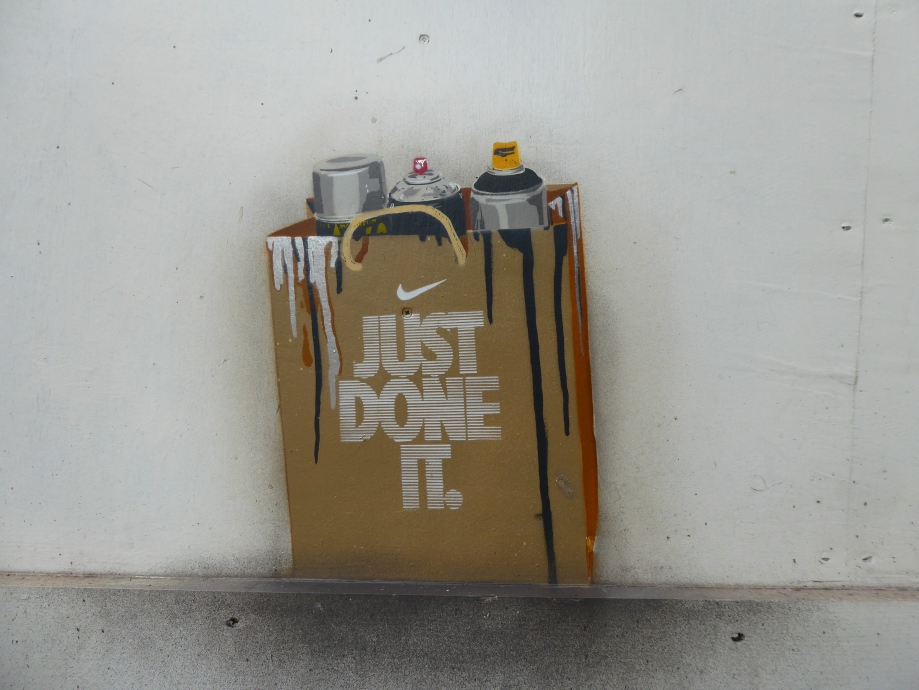 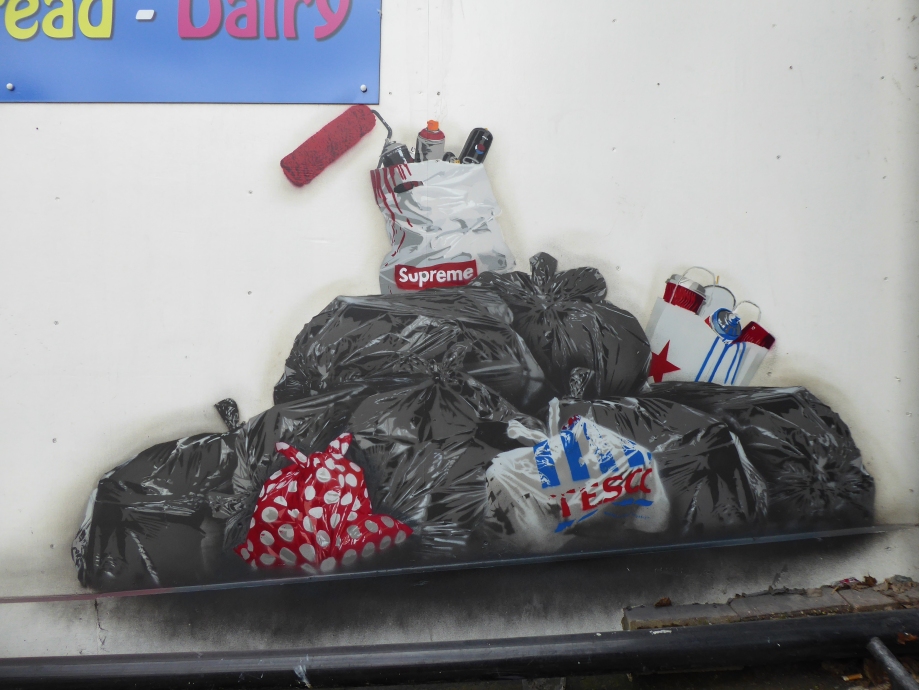 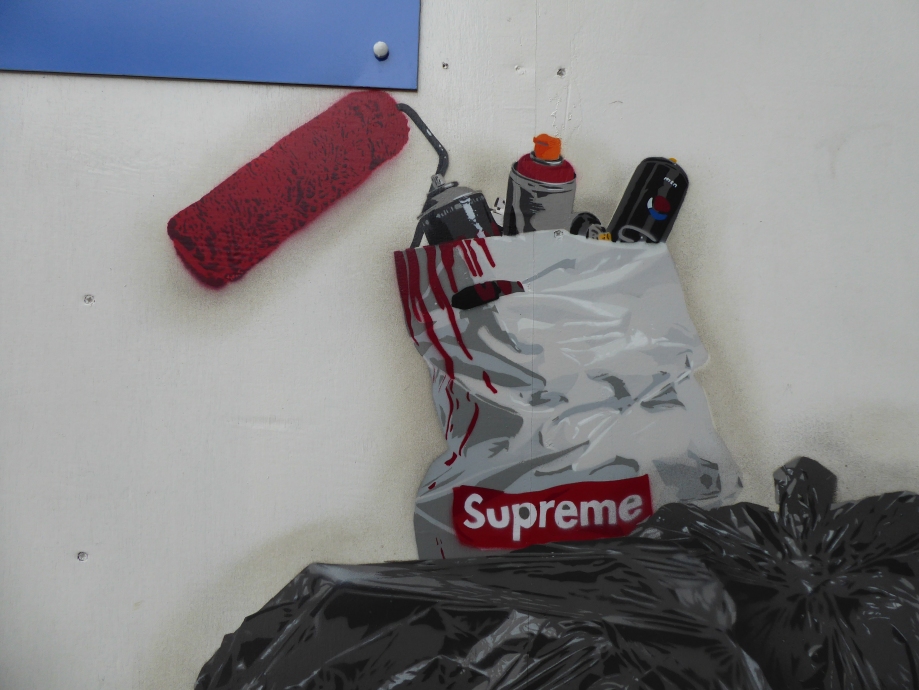 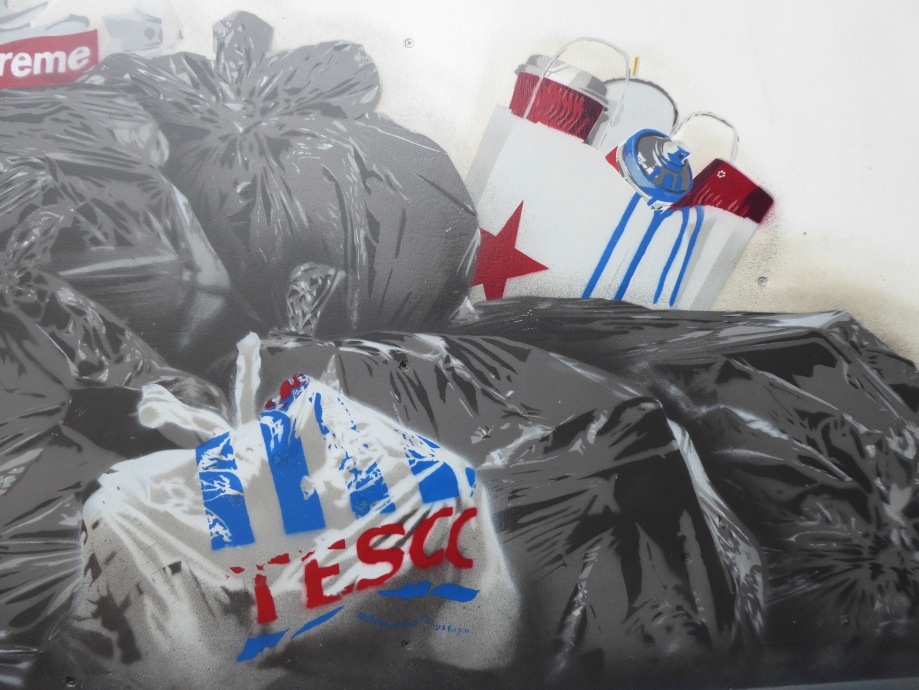 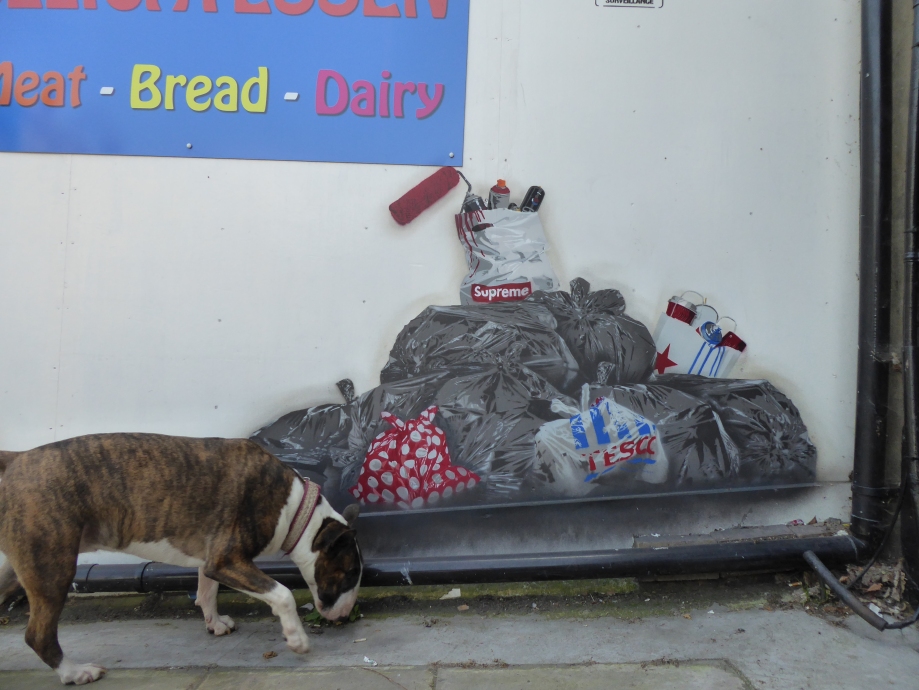