A few weeks ago London received a visit from Sao Paulo based Street Artist Mauro Golin, aka Muretz, who on his short visit left London with a delightful pair of works, one in East London and one in North London. Muretz’s works are defined by his distinctive style focusing on soft depictions of playful and imaginative ideas as well as his innate ability to utilize spaces so well. Which is exactly what he has done with his latest pair of London works.

Rather casual looking subject with this work in Camden Town, depicting his character having a smoke while leaning against the doorway which is flanked by the two panels from fellow Brazilian Street Artist Decolife. This work can be found in Greenland Place, Camden Town and was put up with support from The Real Art Of Street Art. 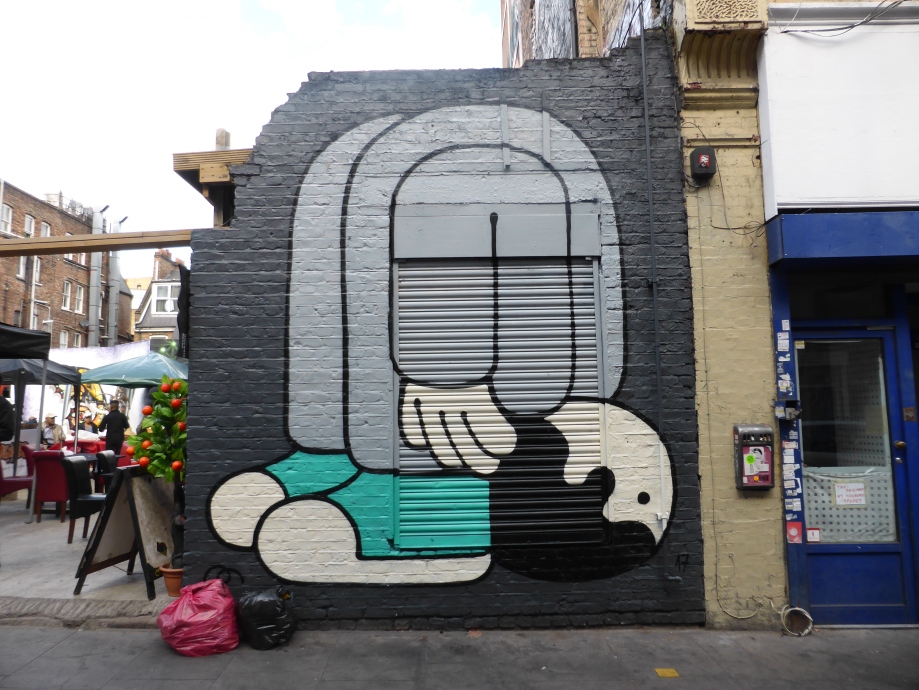 Such playful work in Hanbury Street, just off of Brick Lane, and very much a good case of utilizing the space available with Muretz’s character quite literally bent over backwards to fit in this space. 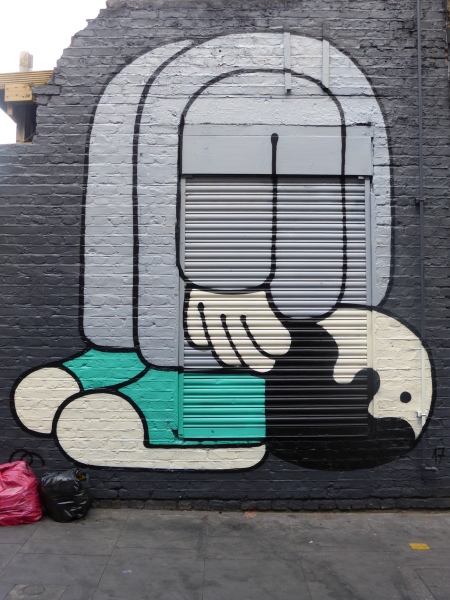