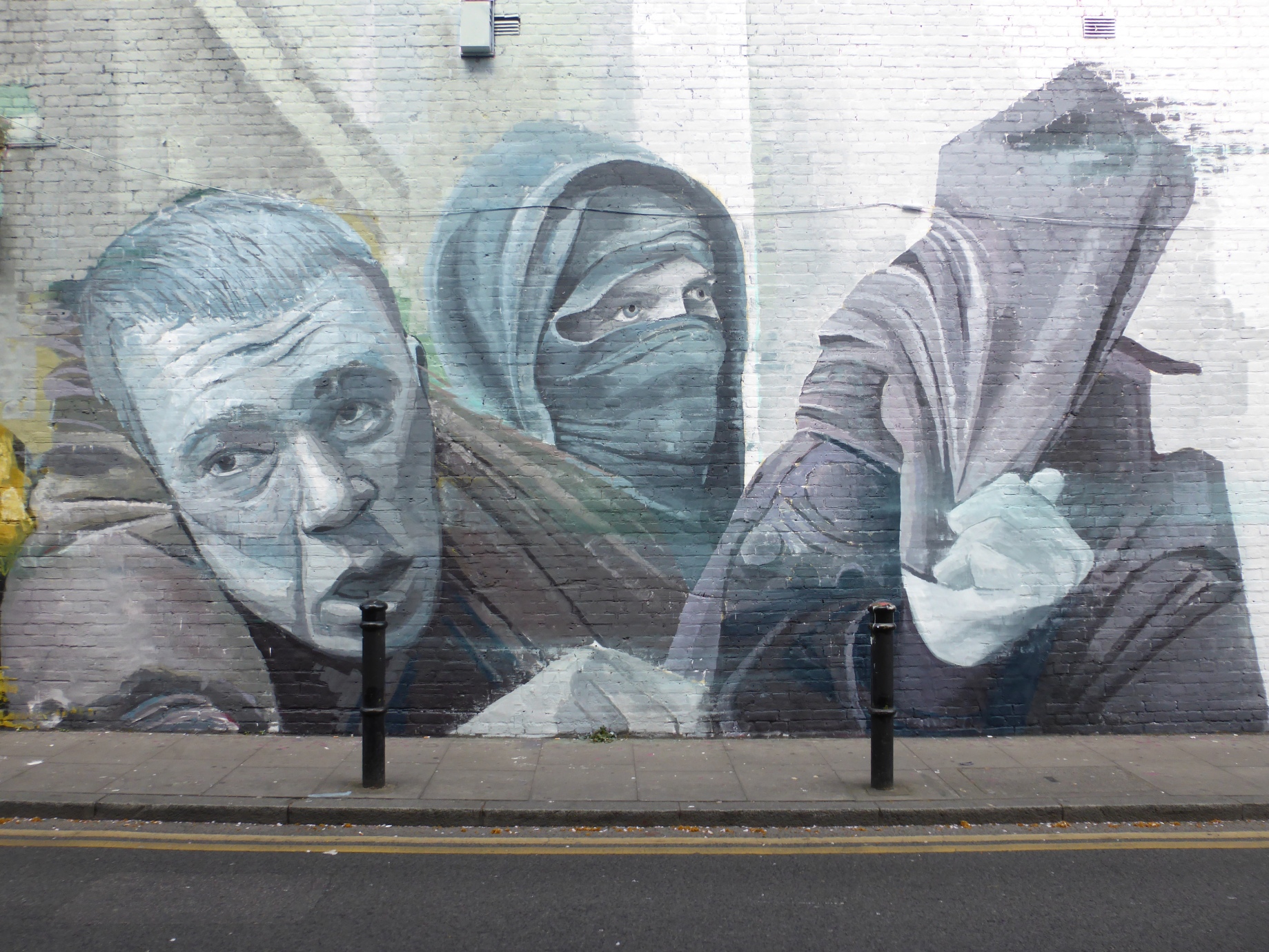 A few weeks back saw a visit from British born, but German based, Street Artist Wasp Eldar ahead of his solo show on at 1963 Gallery Space allowing the artist the time to leave London with two fantastic murals, one in Brick Lane and the other in Camden Town. Certainly a gripping pair of work which generate a rather sombre effect with the subjects either presented in seeming pain and anguish or contrasting by being depicted hidden away, insulating themselves from the outside world and so fantastically captured by Wasp Elder’s fluid painterly tones and water-colour effect very much making for rather powerful and emotive scenes.

Striking work in Hanbury Street, put up with support from Monoprixx & Not Banksy Forum. 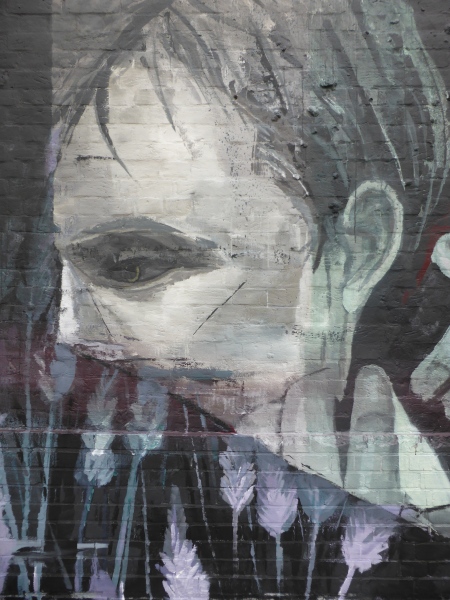 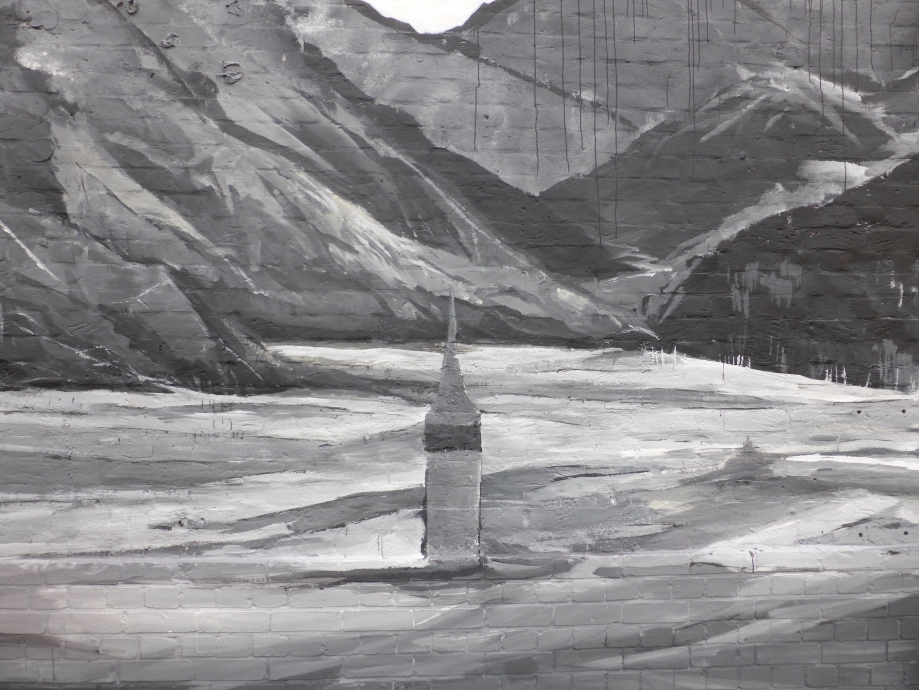