Over the last couple of weeks in Shoreditch, Street Artist Jim Vision has been out and about to lay out his first new work of 2016 and to repair a longstanding work of his which had been tagged, in the process transforming the previous work with this new dynamic. Jim Vision who predominantly works with fantasy and sci-fi based characters and scenes has on these two occasions opted for depicting indigenous tribesman in his distinct painterly tone.  The strong brown colours in this section really sit well alongside the pre-existing colour scheme of blue and yellow.

The basis of this work, namely the seascape and focus on the ship, has existed in this spot for as long as we have been visiting the area to view Street Art, however before the New Year, we did notice the bottom left-hand corner had been tagged. So instead of simply repairing the work as it previously was, Jim Vision has added a new element to the scene, namely the two Native American Indians set watching the incoming ship, adding a rather foreboding tone to the otherwise peaceful scene. 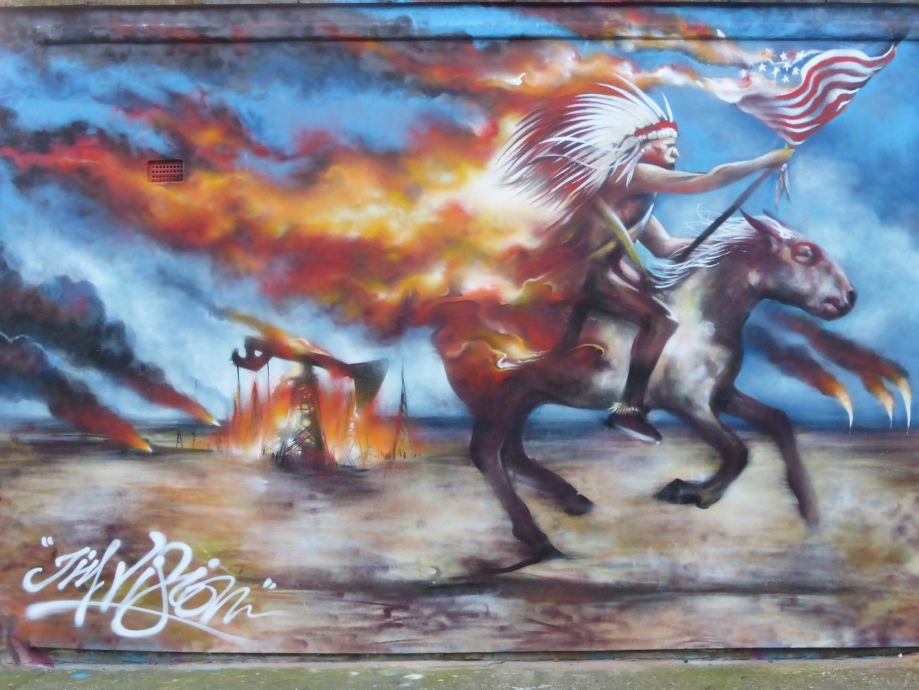