It’s been one week now since the sad news of the passing of David Bowie broke to the world, with a response of shock and loss expressed by people all around the globe. We have posted on the reaction in David Bowie’s place of birth in London, where a pre-existing mural of the local legend became the scene of a shrine for people to pay their last respects to the departed artist (covered here). Here we would like to take a look ar some tributes to David Bowie placed up around the East End of London by paste-up artist D7606, who has over the last couple of days placed up multiple paste-up works, in variations of two formats. The first being his trademark and distinct colourful telephones – with an image of David Bowie as Aladdin Sane in the centre, and the second being an old-fashioned Television set projecting an image of David Bowie on the screen. We have wrote about paste-ups in here in the past, admittedly not frequently, however we have to say it is a form of artistic expression on the streets of London we are now keeping a closer eye on and we thought we would like to share these lovely tributes for David Bowie from D7606 that we spied today whilst wandering around Brick Lane and Shoreditch. 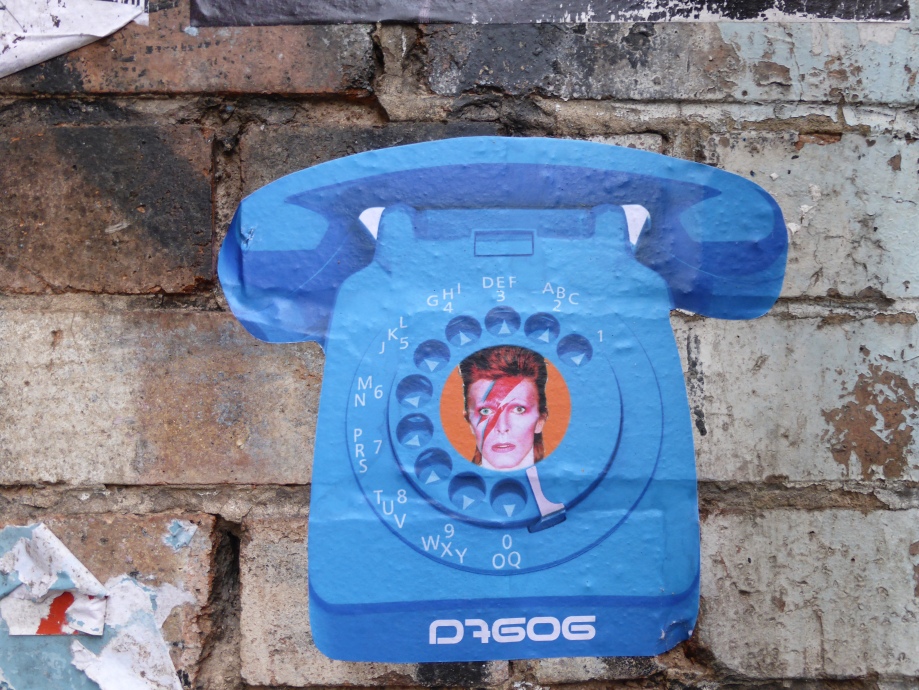 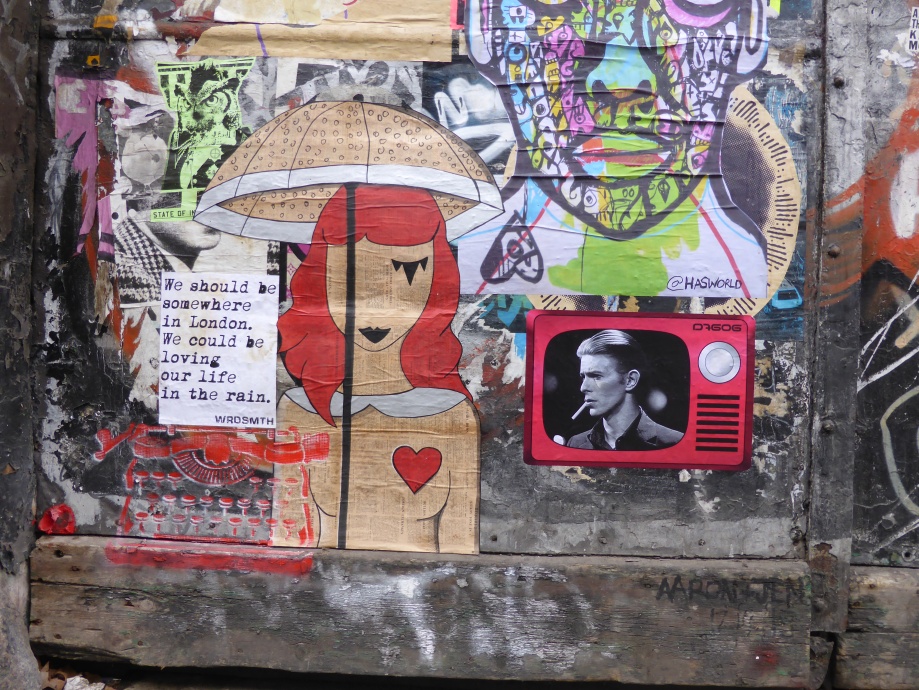 Work to the right of a paste-up collaboration from WRDSMTH & C3 in Fournier Street. 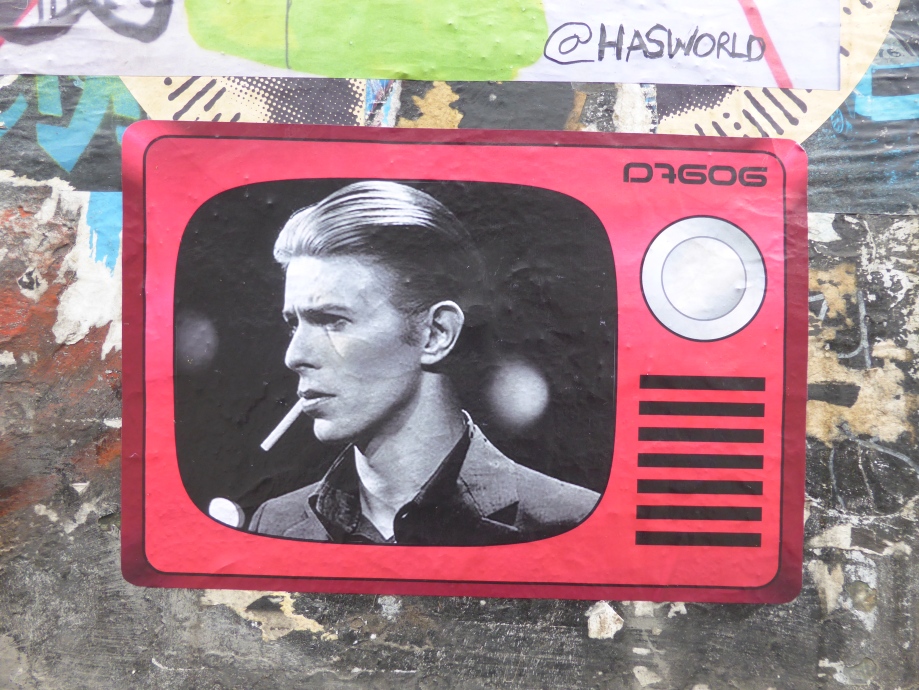 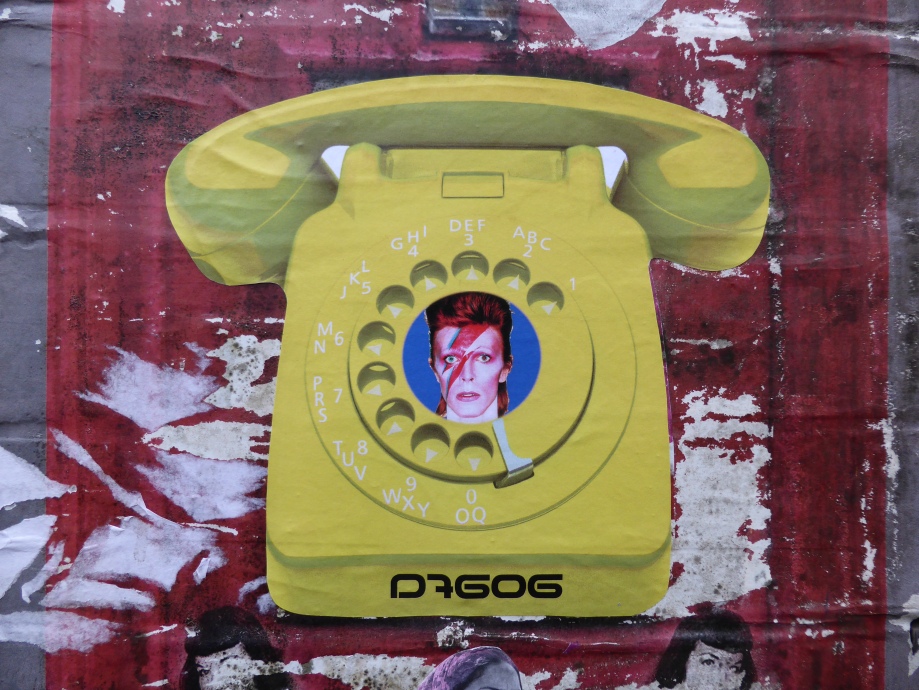 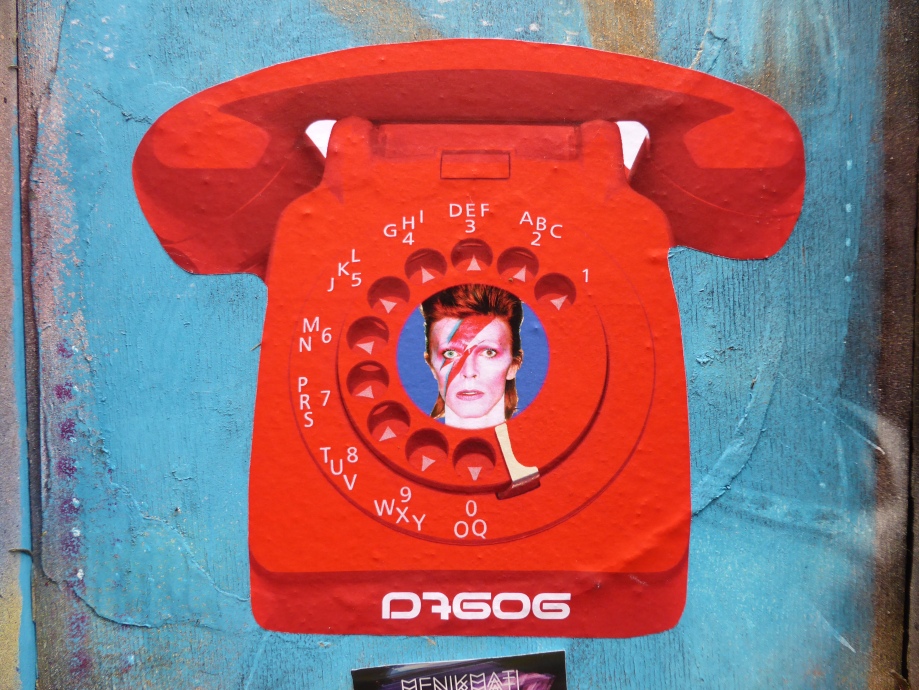