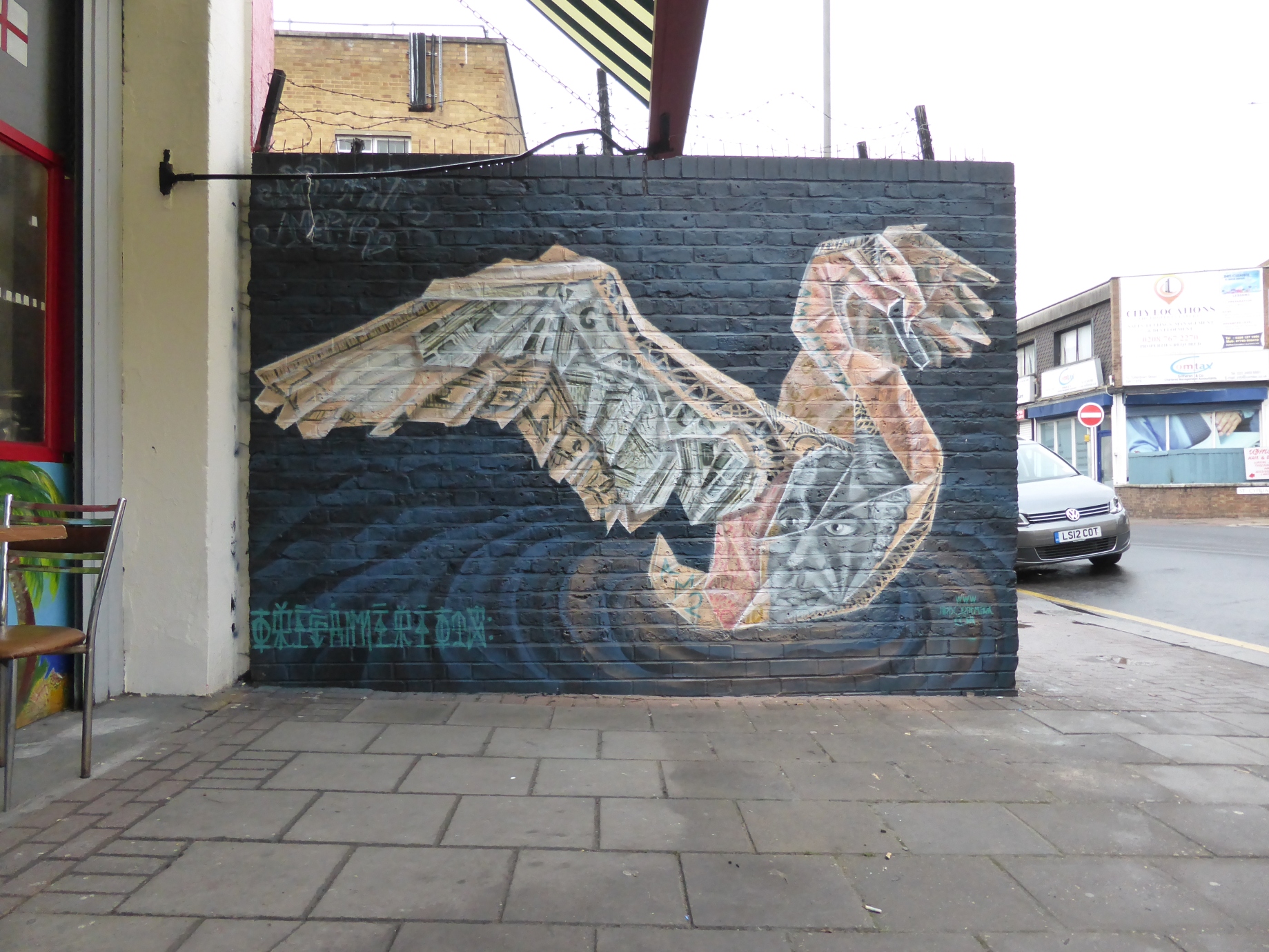 At the beginning of this week, over the course of two days, Street Artist Airborne Mark was out braving the cold weather and rain to create his newest London work, this time in Totterdown Street, Tooting. The work has been placed up around the back of Tooting Broadway Market as part of what will be an ongoing project in the market organised by the support of The Real Art Of Street Art.

It’s been a month since we last caught a fresh piece from Airborne Mark, at that point in Shoreditch with his Origami Buffalo which was based on a design featuring a created from a folded $1 bill (covered here), and it is from that work that this follow-up piece was put together. The work is a depiction of an Origami Swan based on a design created from a $10 bill. The Swan is shown about to engage in flight from the water in which it rests, superbly reflected in colour in the ripples at the base of the swan as it literally sets to become airborne. The head, neck and chest feature the front of the $10 bill, which is primarily grey in scheme, whilst the wing depicts the reverse of the note, which features the Lincoln Memorial, which is primarily a pale peach tone.

The effect provides an interesting contrast to Airborne Mark’s regular creations, which we very much enjoy, but it is always nice to see an artist expand on their repertoire. The effect is intriguing and just absolutely crammed with intricate details that compliment the complexity of the folds in his works. The work is exceptionally impressive and all round beautiful in its stance and tones, so should you be London way be sure to head by and check it out. It may be somewhat off the beaten track, but is certainly worth the effort to find. We also feel it is fantastic to see some more Street Art of such a high calibre being placed up in South London and look forward to seeing how this area develops through the organization of The Real Art of Street Art. 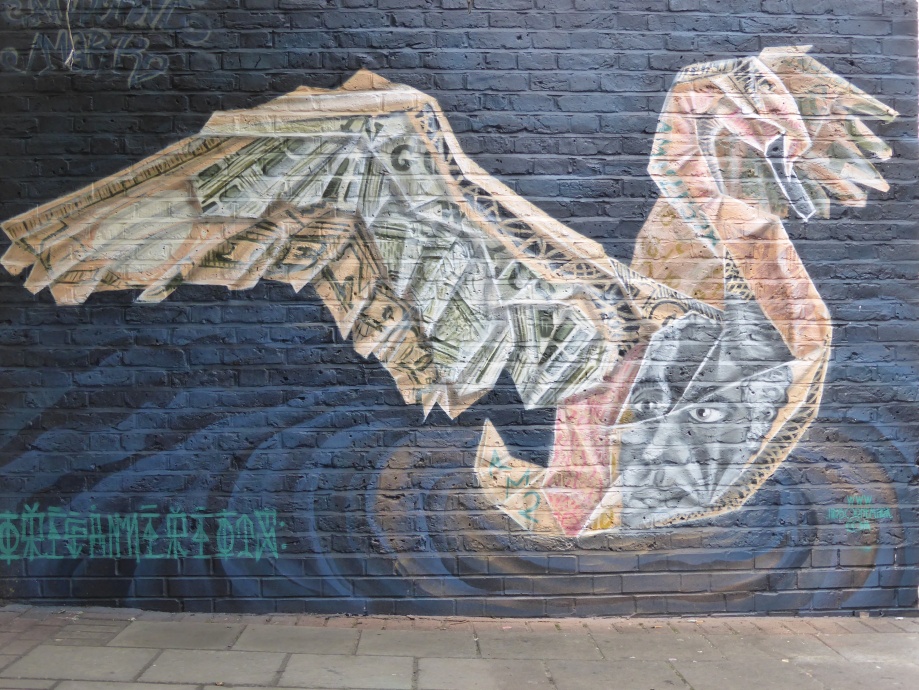 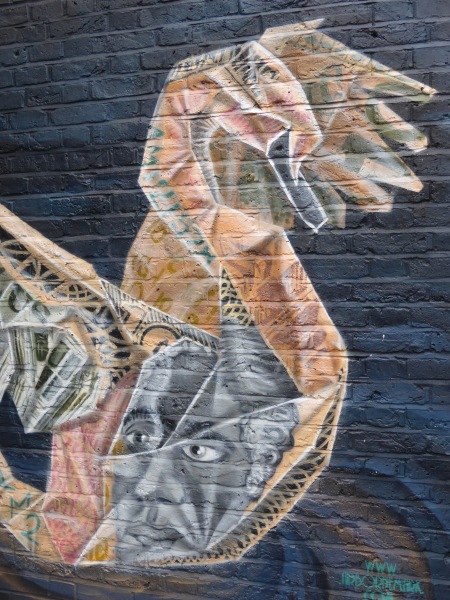 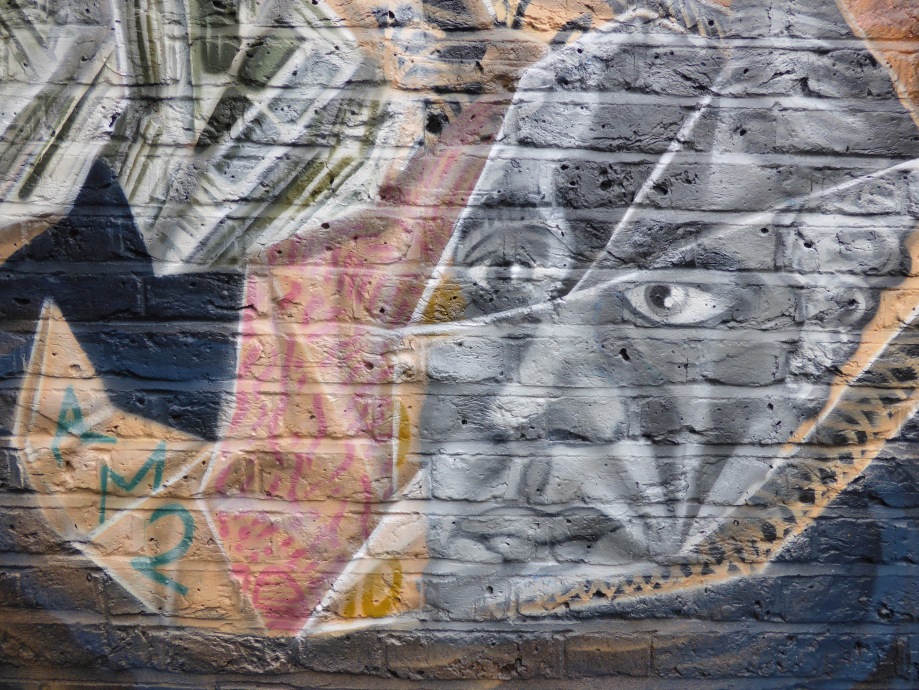