Over the weekend we were fortunate enough to catch Airborne Mark add his newest London work, this time in Leonard Street, Shoreditch.

It’s been a month since we last caught Airborne Mark at work, at that point in Camden Town (covered here) and since then Mark has been working on some new concepts and twists to his trademark Origami creations. Following on from a collaboration with Irony placed up in Camden Town at the very beginning of the year which depicted a series of three piranhas, each progressively larger and each setting to devour the previous piranha, with the smallest piranha representing £5, the middle one being £20 and the alpha predator being £50. So for this work we have an Origami Buffalo created from a folded $1 bill. The effect provides an interesting contrast to Airborne Mark’s regular creations, which we very much enjoy, but it is always nice to see an artist expand on their repertoire. The all round effect is intriguing and certainly an apt choice for his subject of choice, the buffalo really appears to be leaping out of the hoarding on which it is placed. 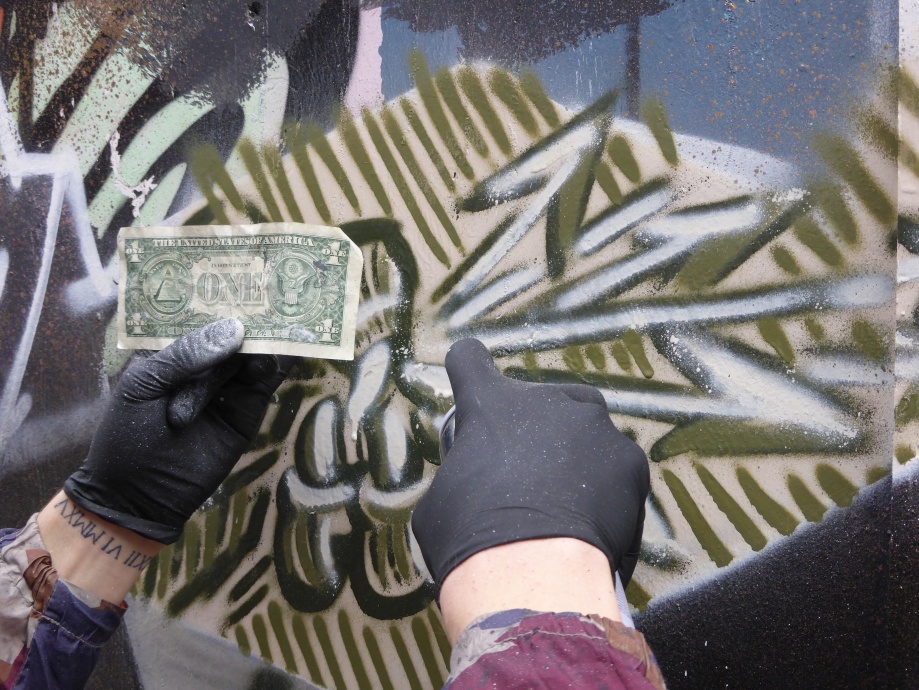 Airborne Mark with his reference $1 note.

Airborne Mark adding the finishing touches to his work on Sunday evening. 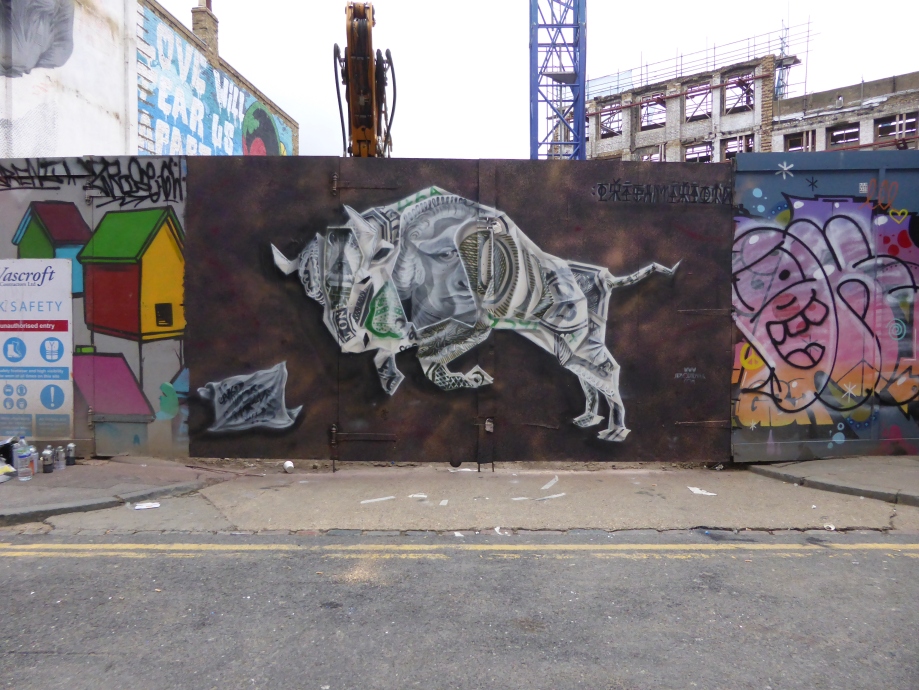 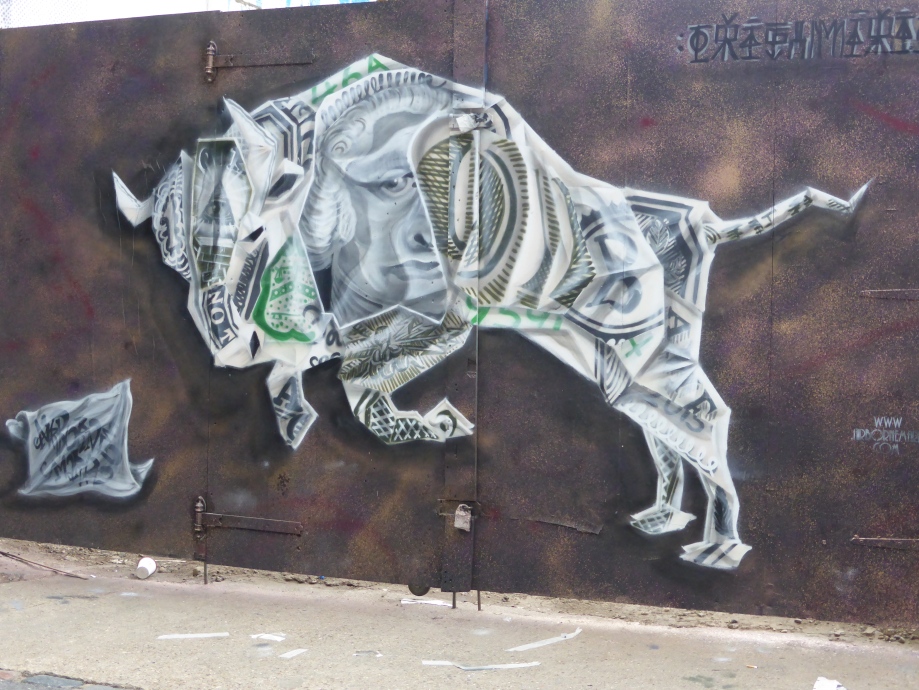 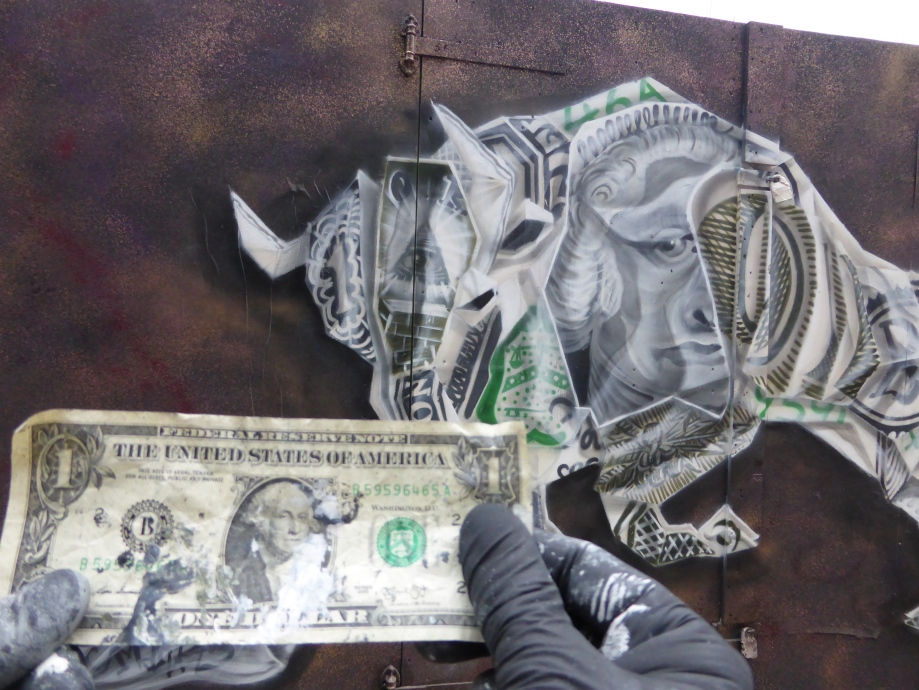 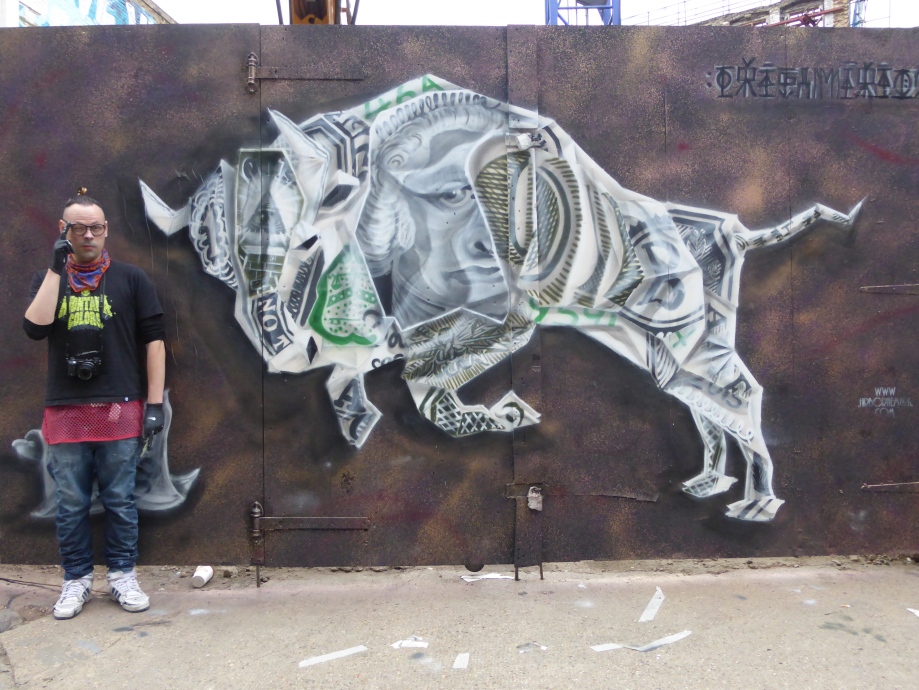 Airborne Mark standing by his finished creation and offering a sense of scale for the work.