We are a bit behind on this piece, as it has taken us a while to get back out to this part of London, but about a month ago Italian Street Artist Giacomo Bufarini, aka Run, has hit up a delightful and lengthy mural in E16. This work is somewhat off the regular beaten track and set up on some hoardings along the construction works occurring alongside Custom House, but its certainly worth the effort. This work was put up with support from the Howard Griffin Gallery, who sourced the wall.

The work features a myriad of Run’s signature style characters, in a typically surreal tableaux, which appears to run parallel to the manic construction works behind this piece. The work seems to dictate a scene exploring the rush of life in the city in the modern age, with the characters involved in a mixture of running and performing some sort of ritual dance with the process. There’s certainly a lot going on in this mural and is certainly a pleasure to witness. 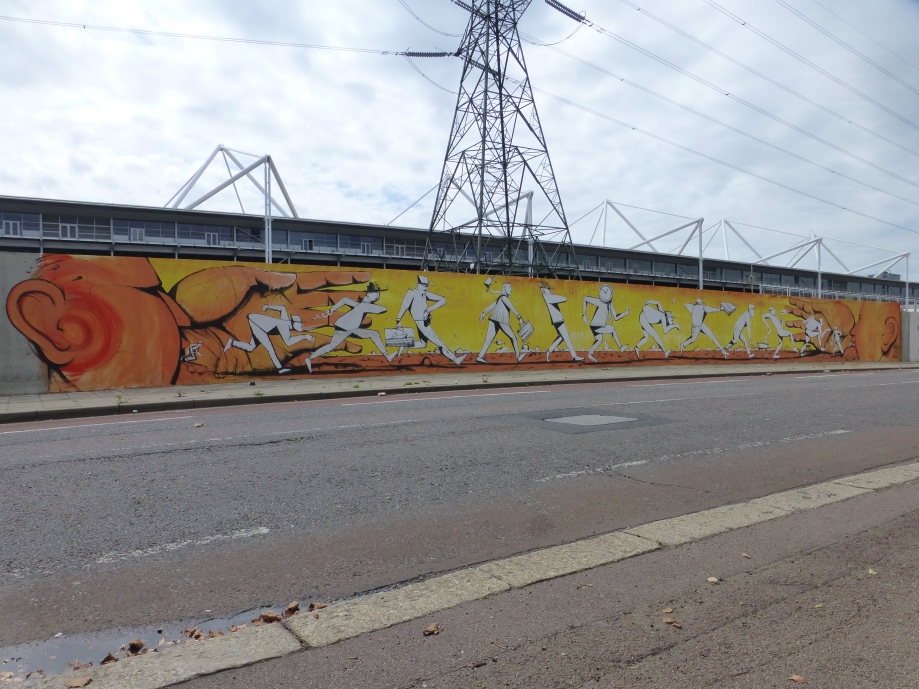 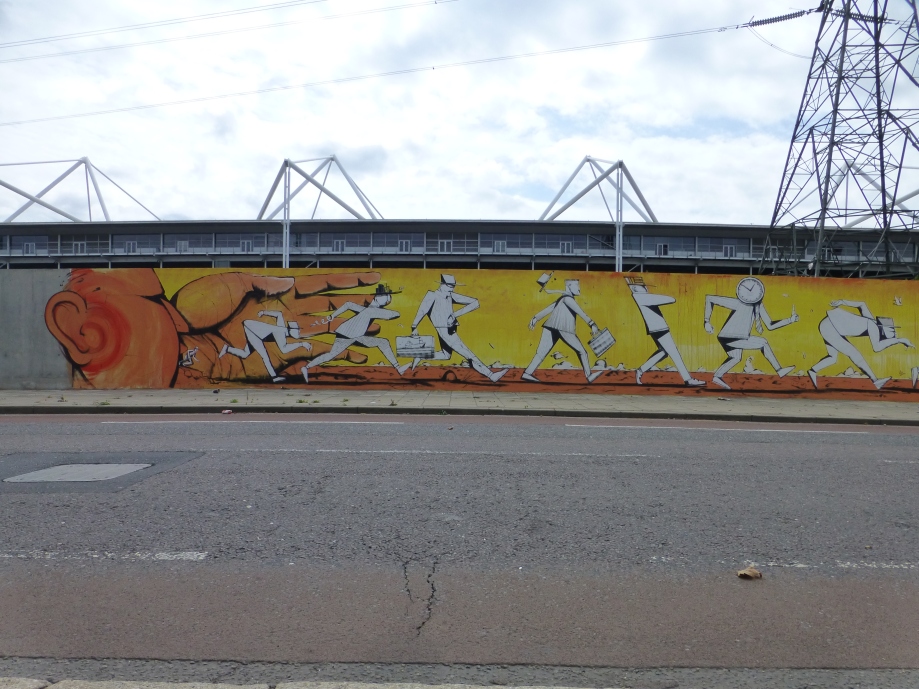 The first half of the mural.

The second half of the mural. 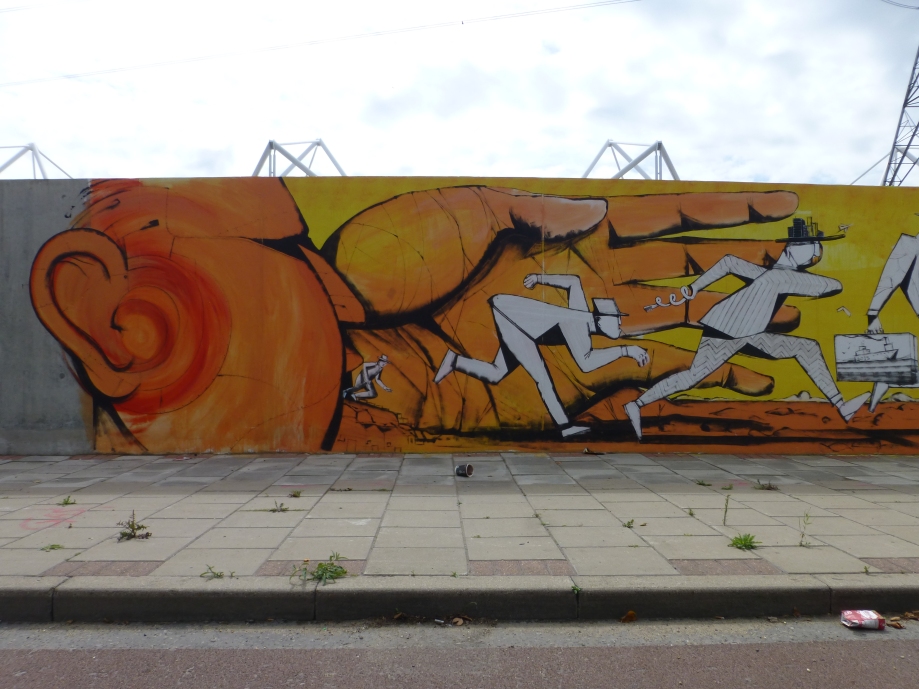 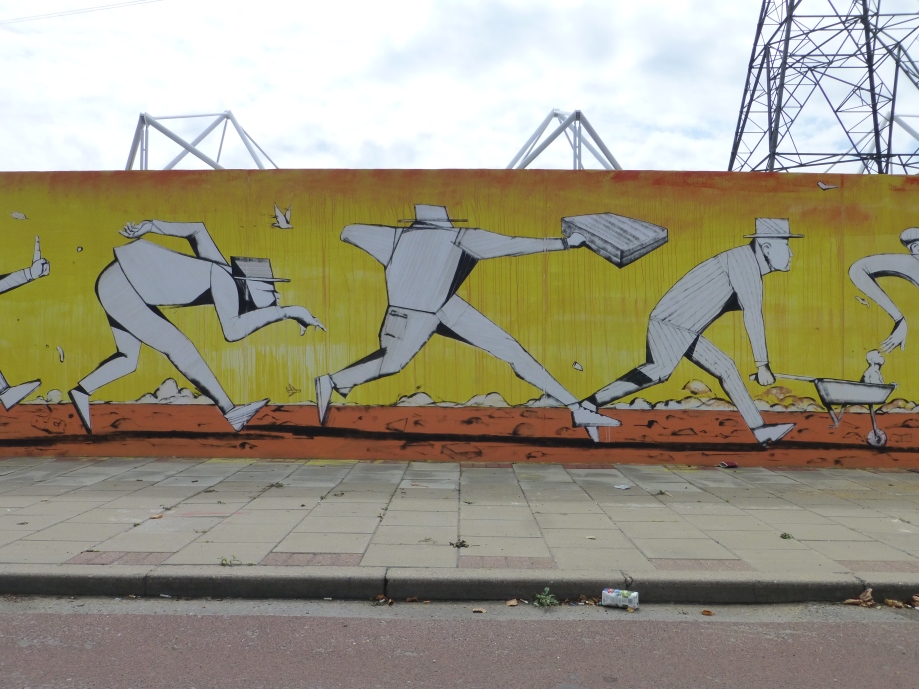 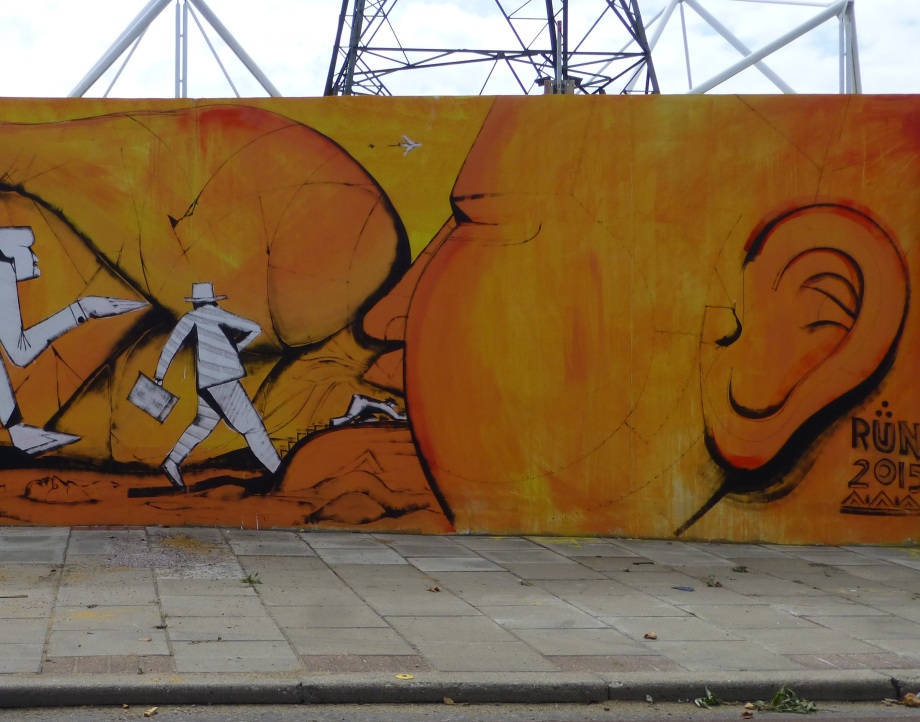 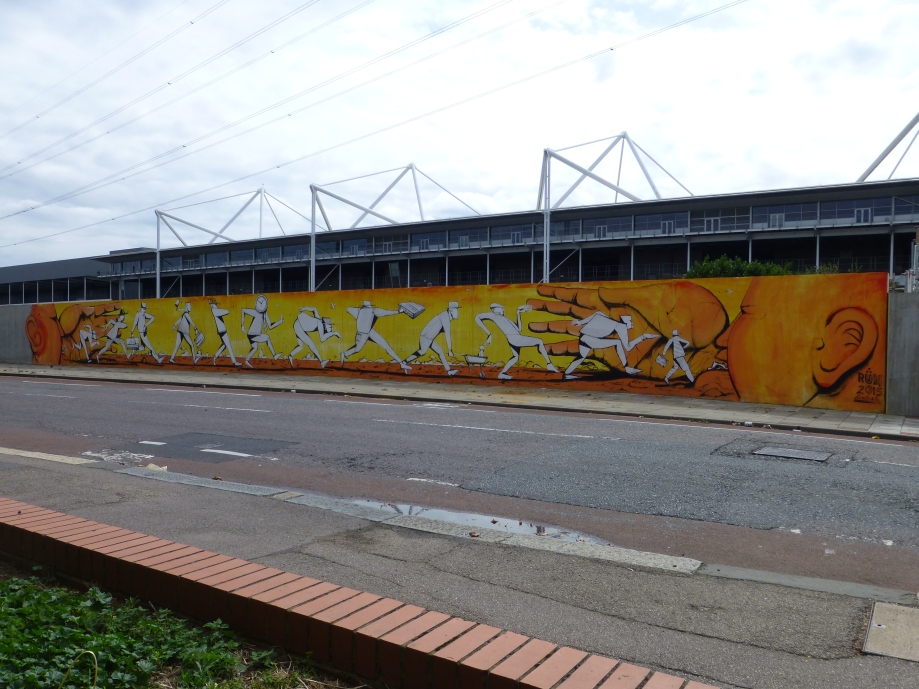