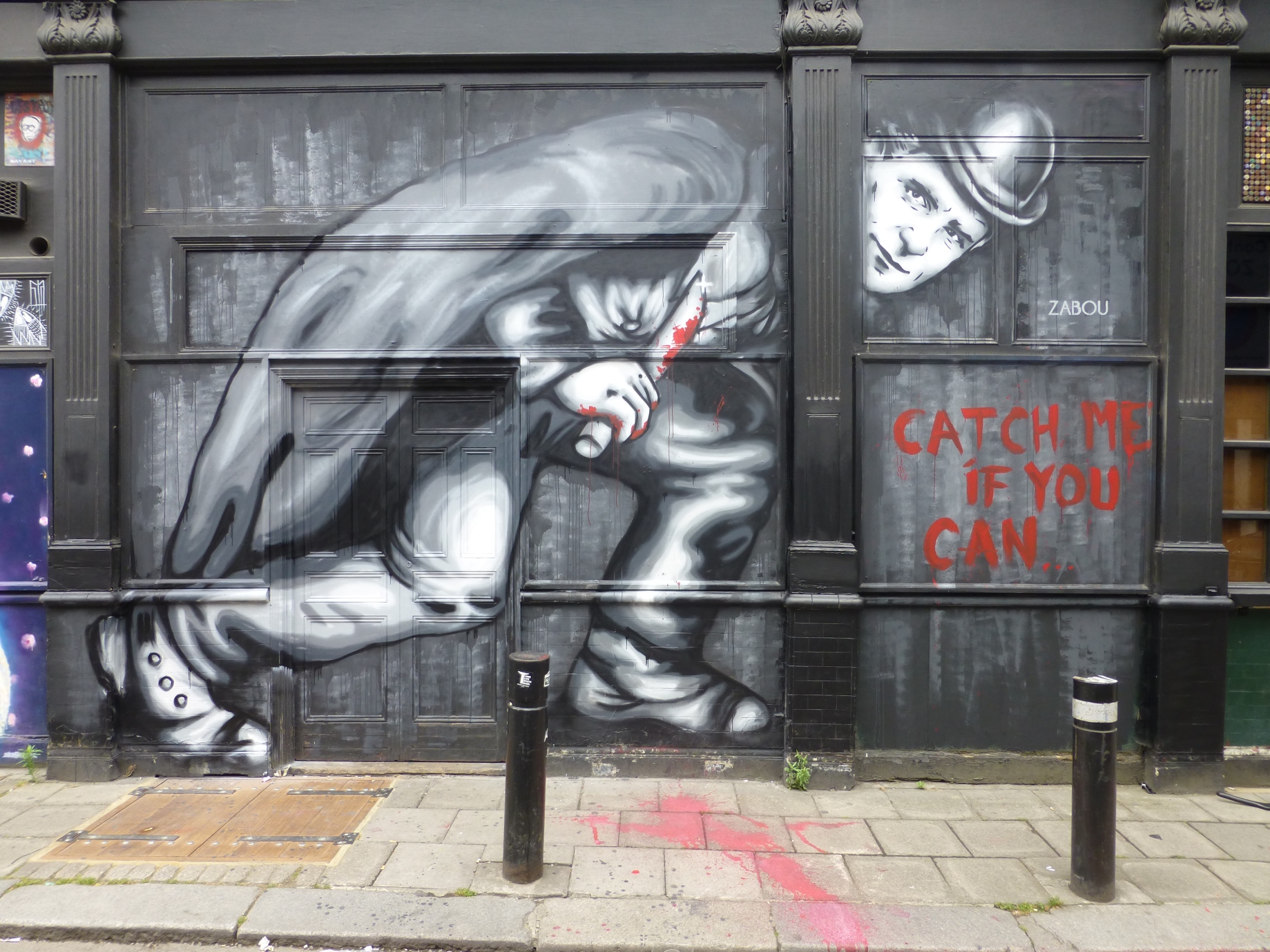 London’s most prolific and proactive Street Artist Zabou has been out and about again doing what she does best, painting the streets of London in her seemingly self-appointed mission to decorate the whole of East London. In the process we have a few more delightful works in which to share with you right now, so enjoy. 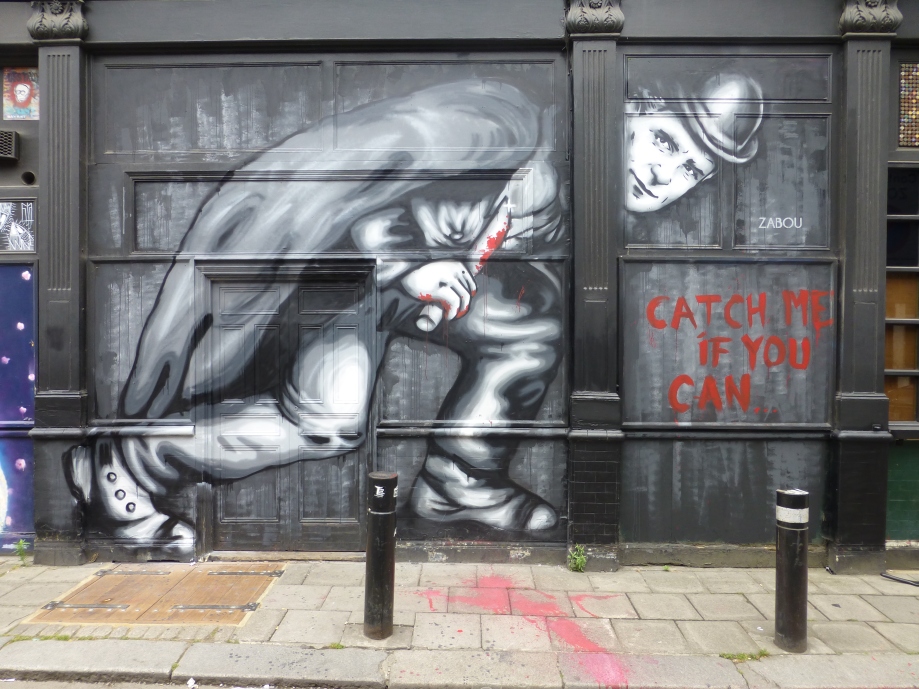 Zabou’s superb ‘Jack The Ripper’ work in New Goulston Street, Whitechapel, with accompanying added blood stain to match, placed up last weekend. This one is certainly going to go down well with the many Jack The Ripper tours that are prolific around Whitechapel. 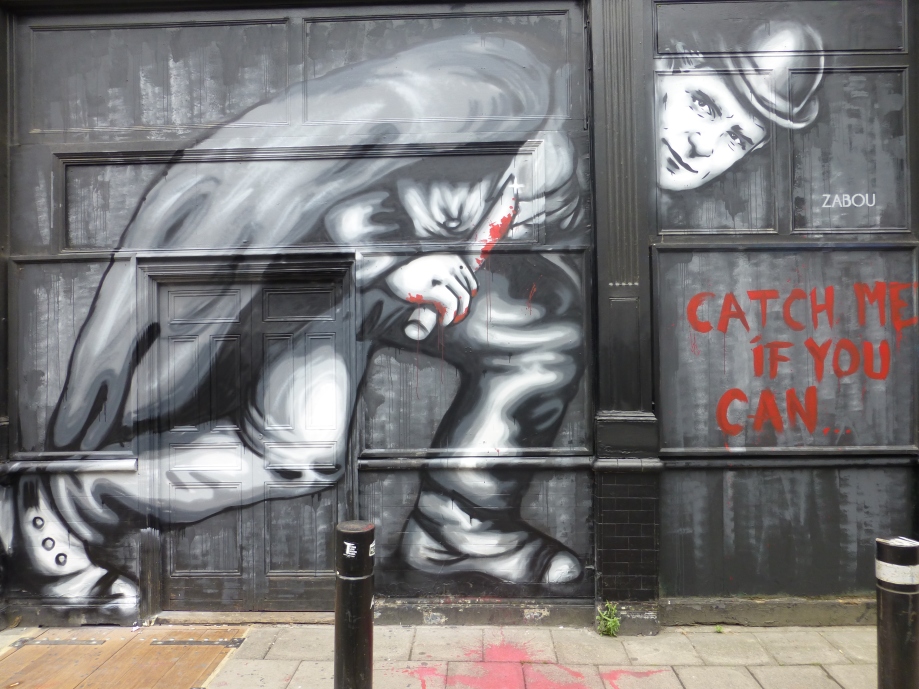 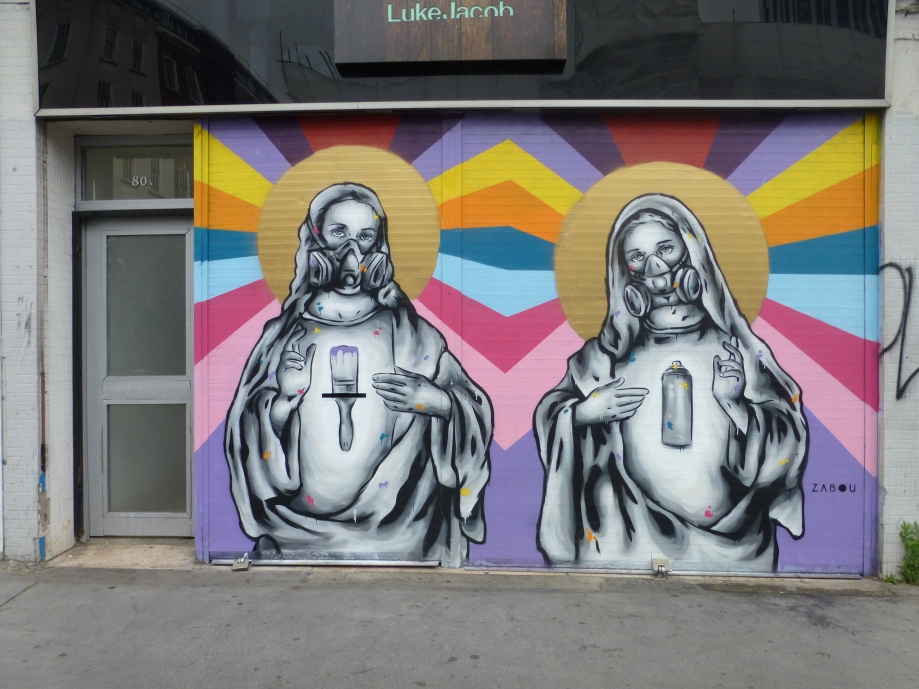 This work entitled ‘Bless’ is on Commercial Street and was placed up some three weeks back, but we had been having a hard time catching the piece due to it been on shutters and the opening hours of the business in question. This work is very much in what can now be considered Zabou’s signature style. 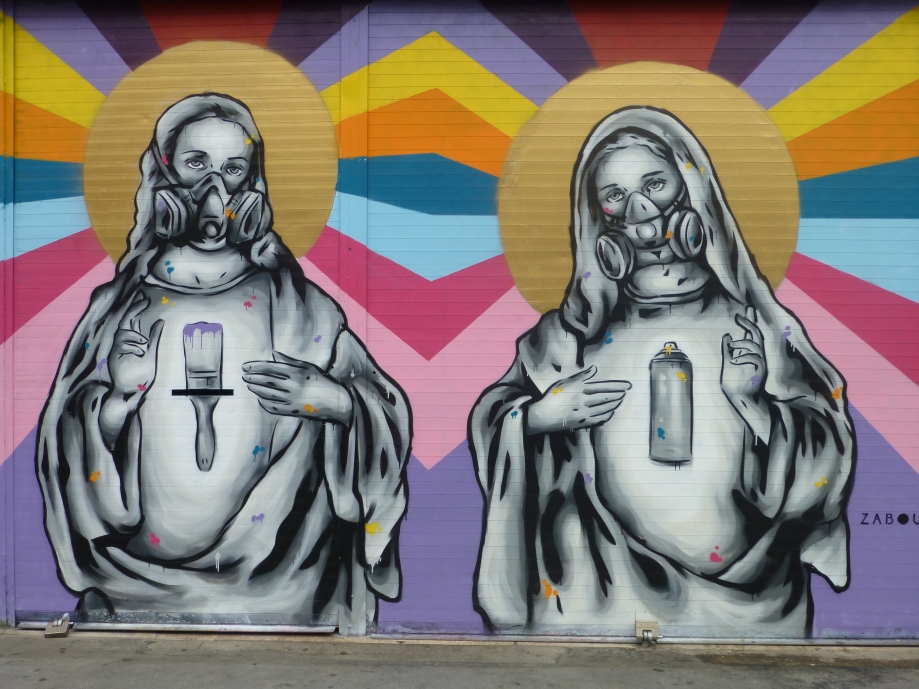 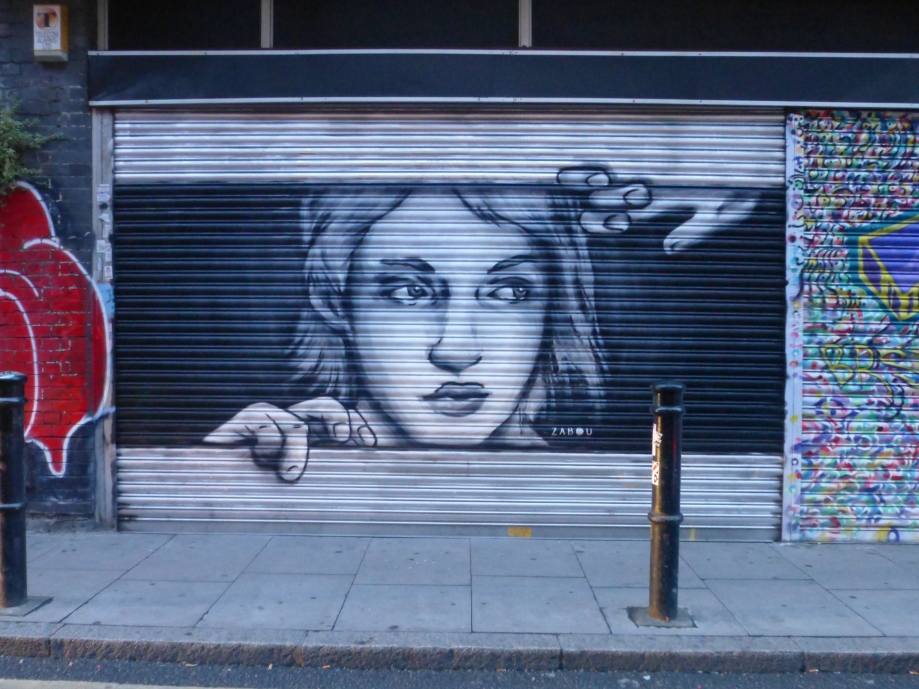 This humourous work entitled ‘Hideout’ was placed up in Hanbury Street some 4 weeks back now, but as for the work above we have not been previously afforded the chance to capture the work due to the opening hours of the business on which it resides. This work is another fine example of Zabou’s tongue-in-cheek humour and keen ability to make create her works with the immediate environment in mind. 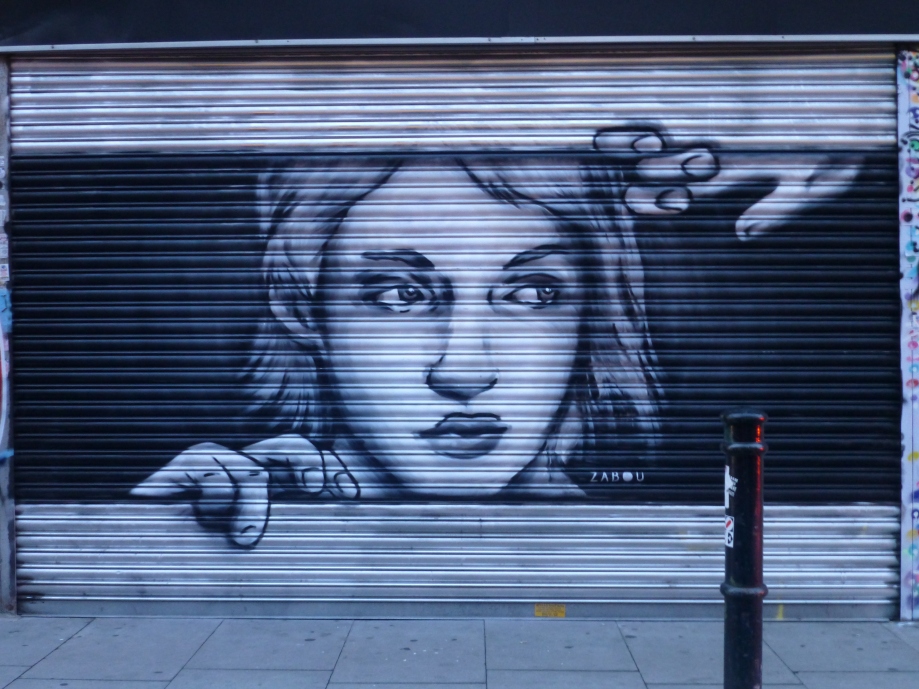 One comment on “New Zabou Works Around East London”