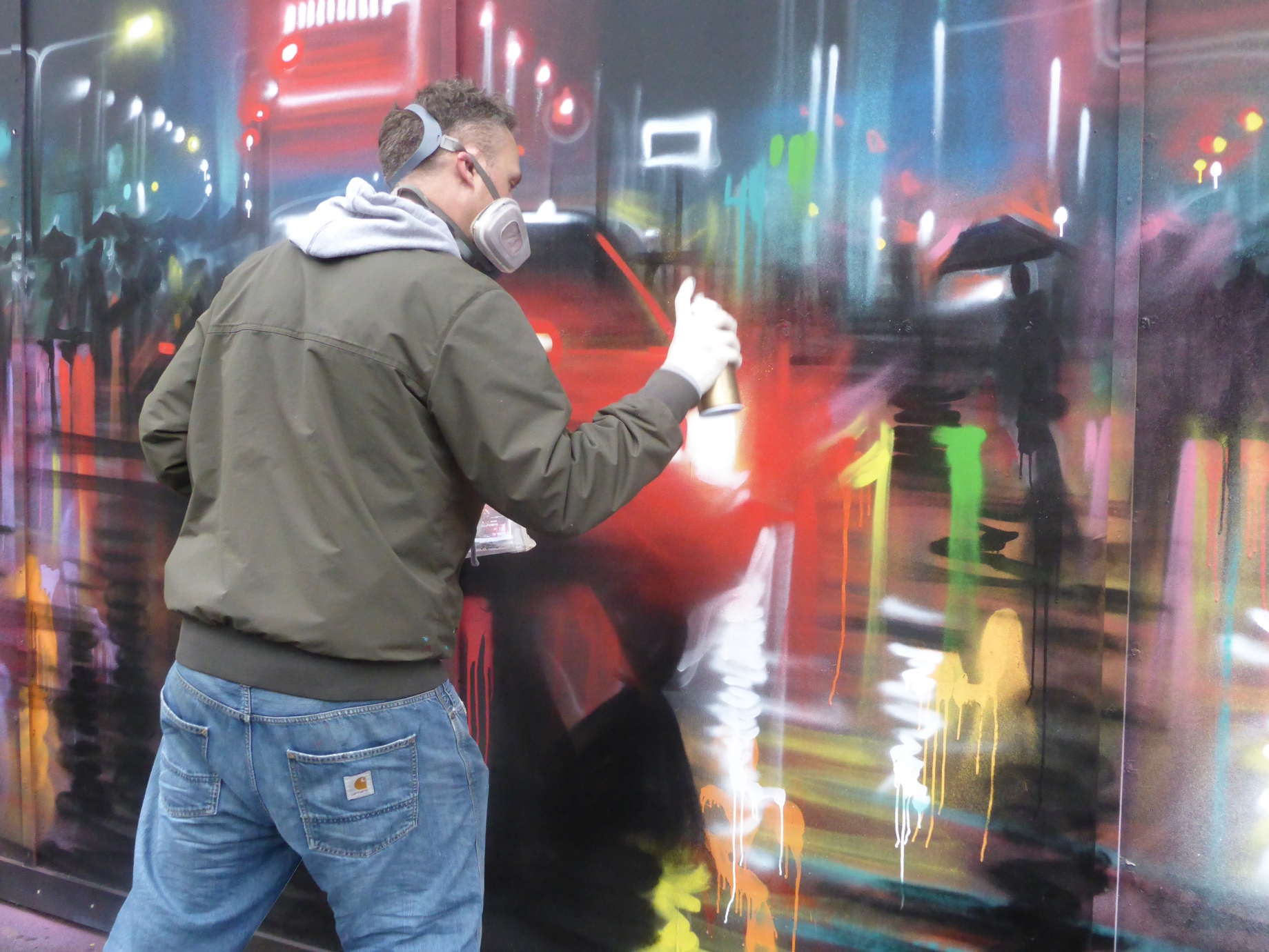 Here at London Calling I was back in Croydon yesterday and was absolutely delighted to stumble across one of my very favourite artists, Dan Kitchener, who was adding his second piece of work, just along from his piece created a few weeks back, in Croydon’s Arts Quarter. Dank was creating another of his ‘Liquid Lights’ series, based on photos taken from his recent trip to Tokyo. Dank told me that he had to wait to the very end of his trip and had to get up in the night, having set alarms, in order to be able to go out and hit the streets in the rain in order to get the photos he wanted to work from. I know, there can’t be many people that go on a holiday hoping for rain, but this is where Dank draws his basis and inspiration for many of his works, so fortunately for street art fans, in Tokyo the other week it did rain.

I was fortunate enough to show up and catch the work just after Dank had drawn out his initial outlines on the double wall and in time to see the first application of the many coloured layers that make up his work. In all this piece took Dank some 7 hours or so to complete and I was lucky enough to be able to witness some 6 hours worth of his magic. Meticulous in his work he built up the piece applying the spray paint in a series of direct solid bursts as well as adding the many colours in a more loose, fluid and energetic manner. His compositions create a beautiful focus on light, shadow and perspective to make the mundane and in some cases miserable scenes he regularly focuses on look beautiful.

Throughout the whole process the people of Croydon were delighted with his progress, countless people stopped by to inquire about the artist and his work, encompassing a very broad demographic of the community. The response from all that passed seemed to be one of complete delight, with at one point a bus driver passing by slowing down to honk his horn and offer a thumbs up to the work in progress, and its not difficult to see why. By the end of the day Dank had laid down what is for the moment Croydon’s Arts Quarters most impressive piece in our opinion at London Calling, offering further evidence as to why Croydon is rapidly becoming one of the top destinations for street art in London. I have included lots of pictures of this formidable work being created in order to see some of the many layers of colour and fine touches that went into this work. Enjoy.

The initial outline laid out, ready for the colour to start flowing. 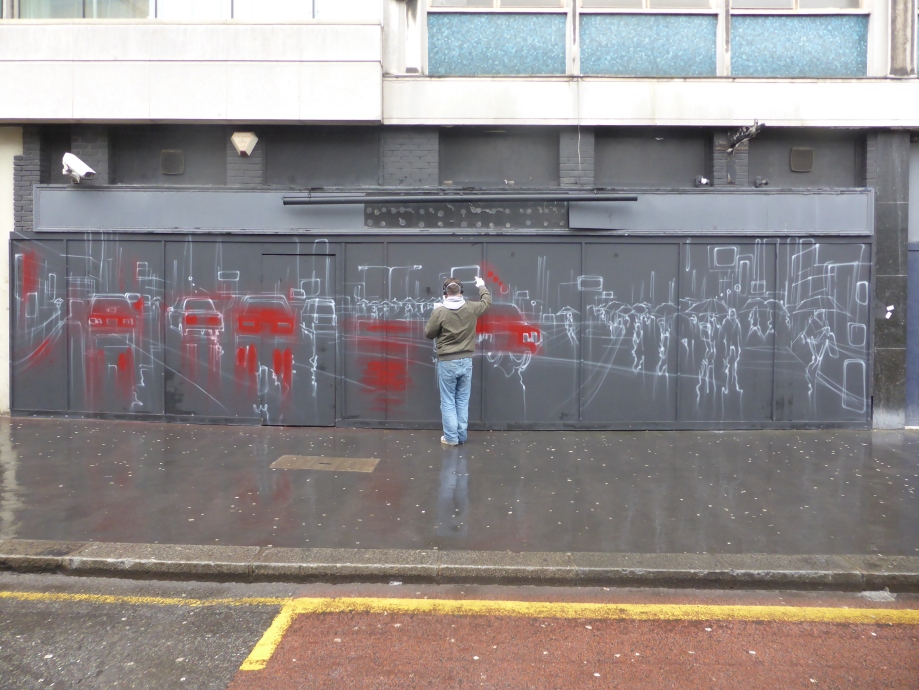 Dank adding the first of many coloured layers. 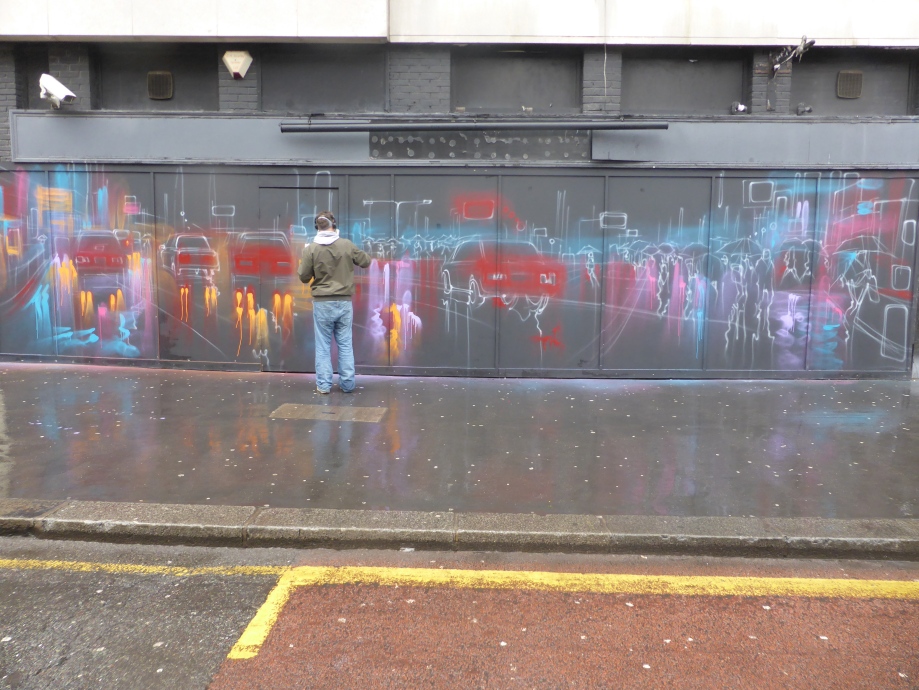 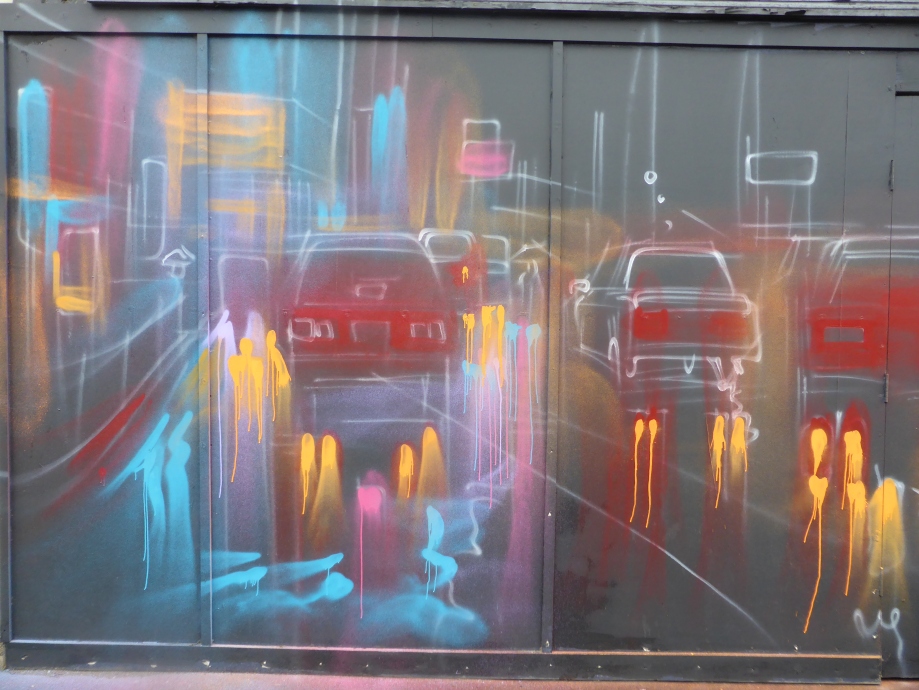 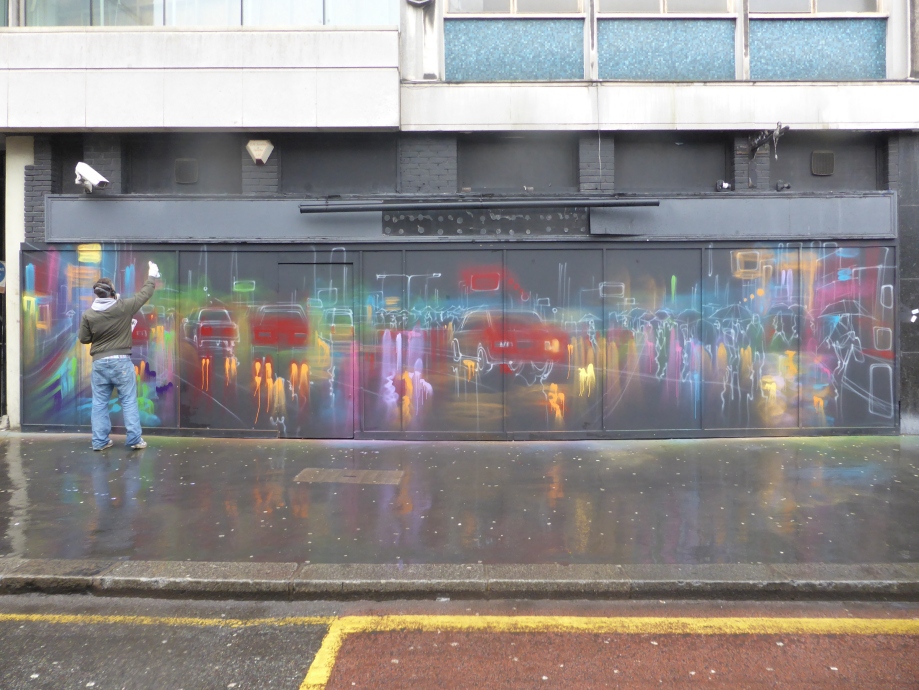 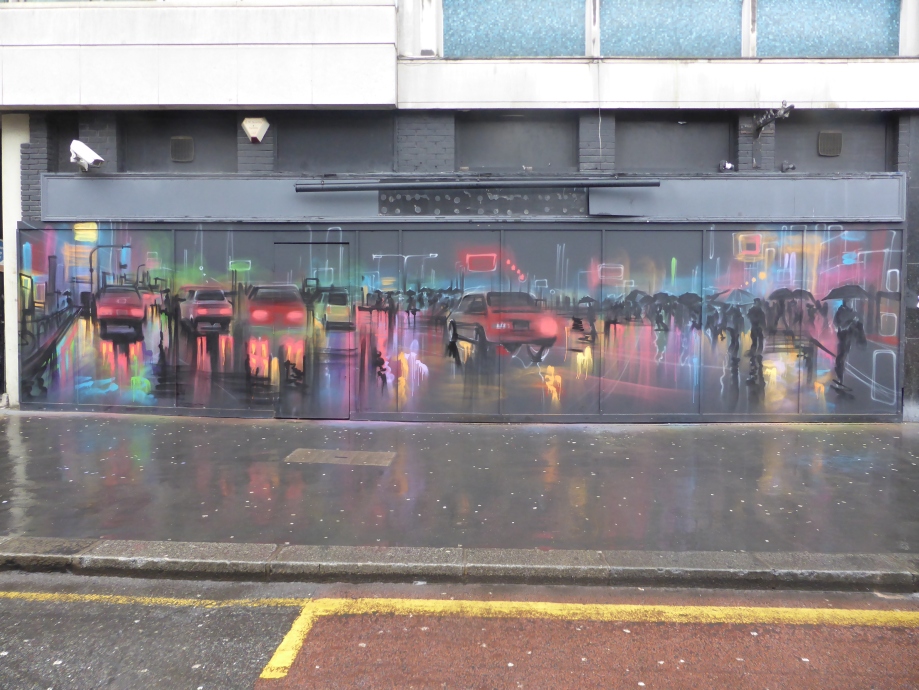 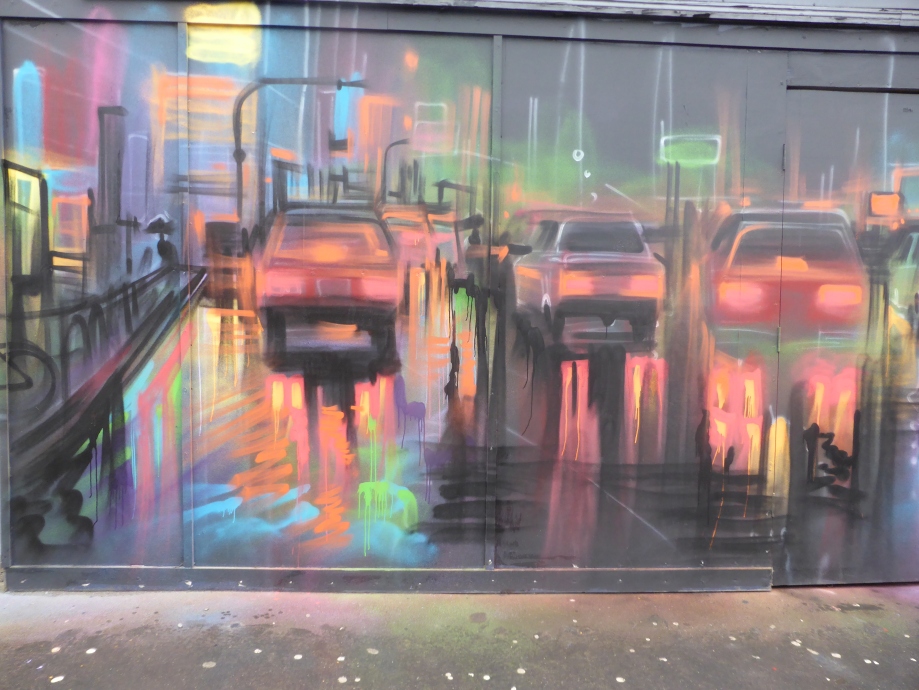 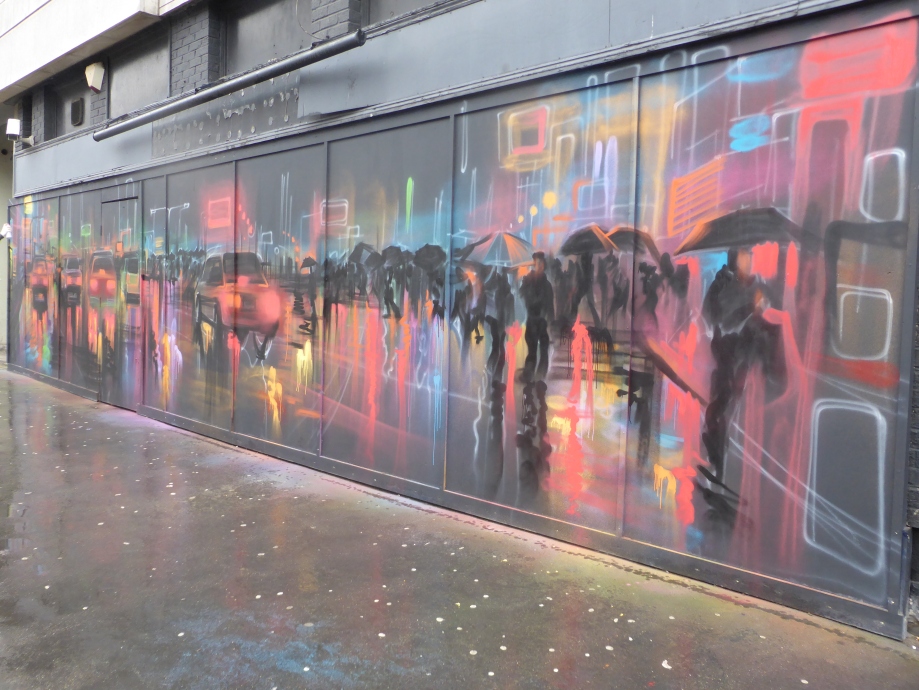 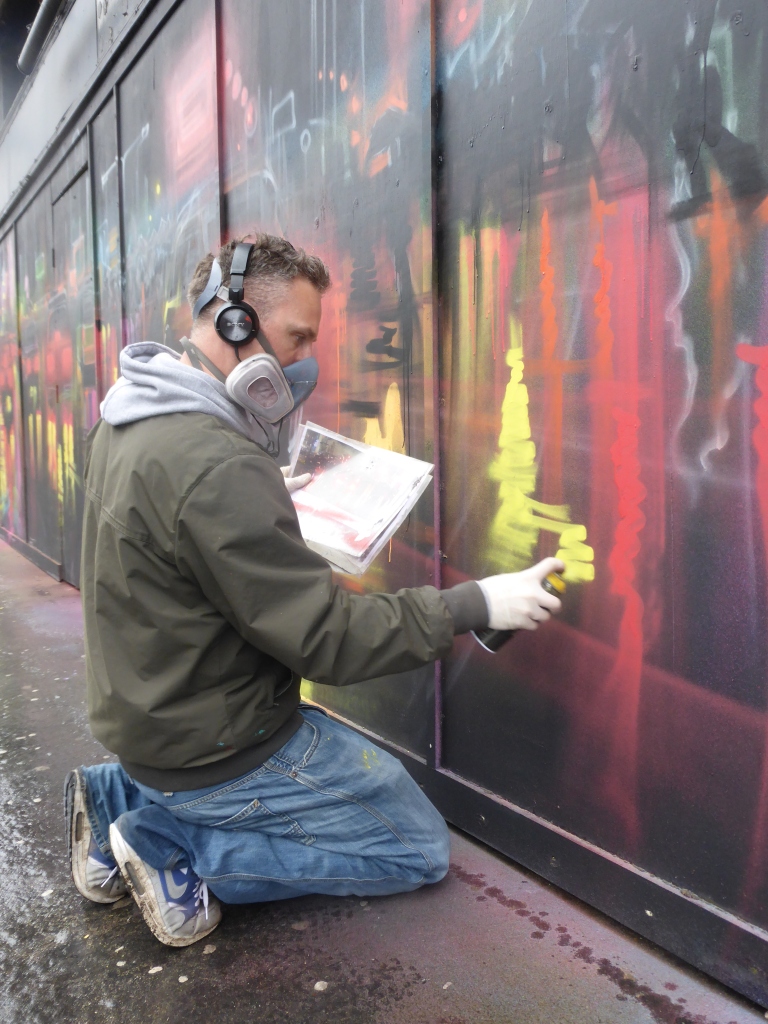 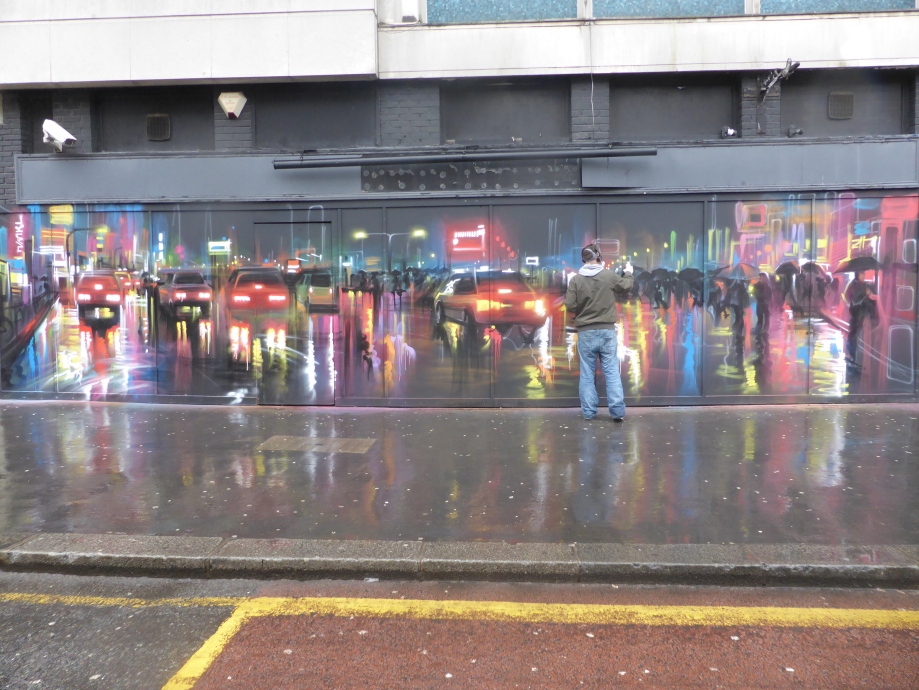 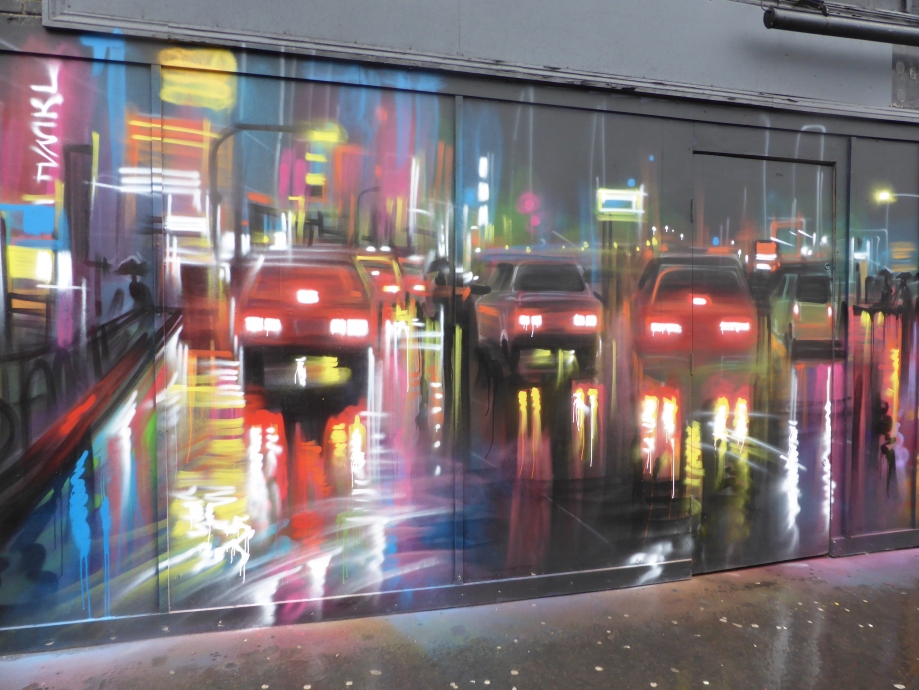 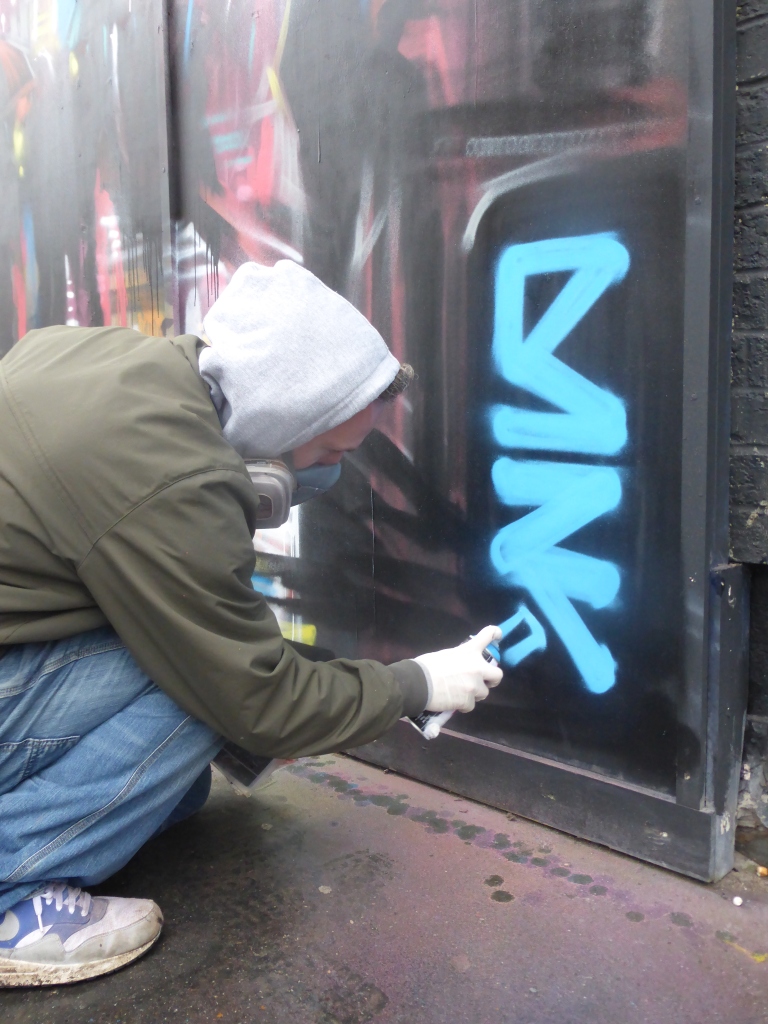 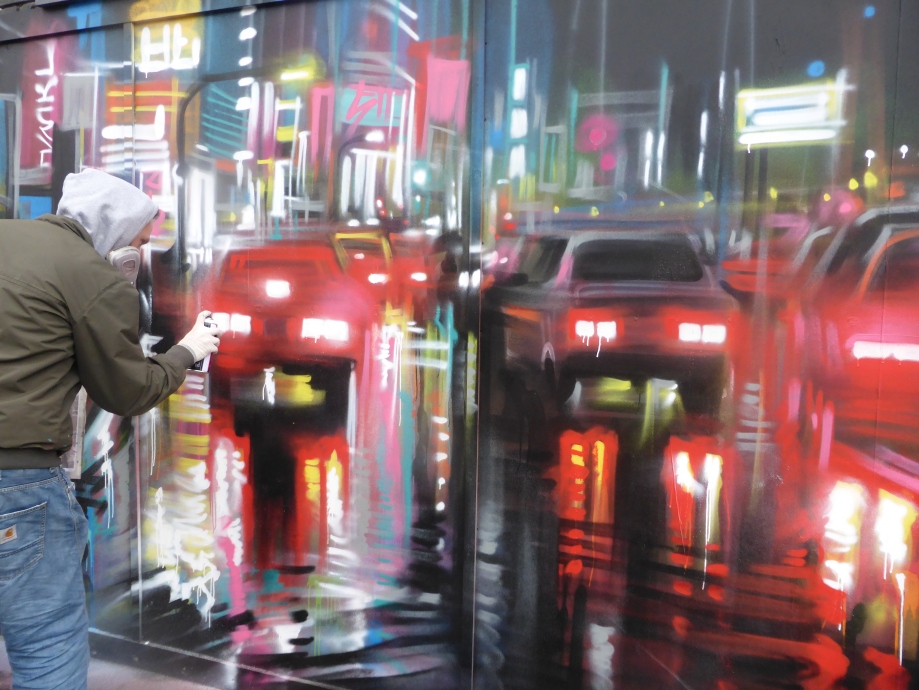 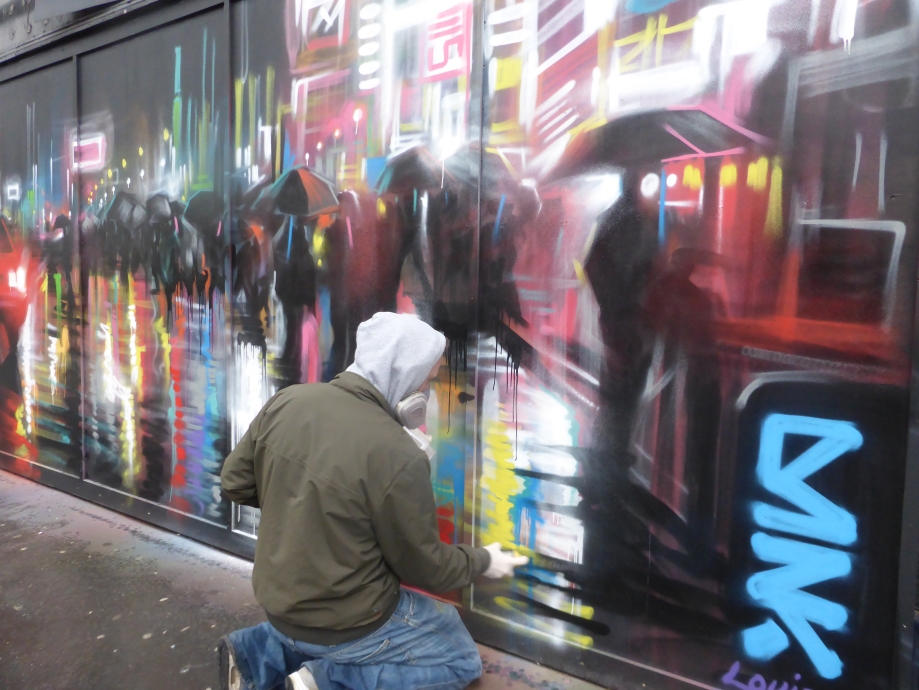 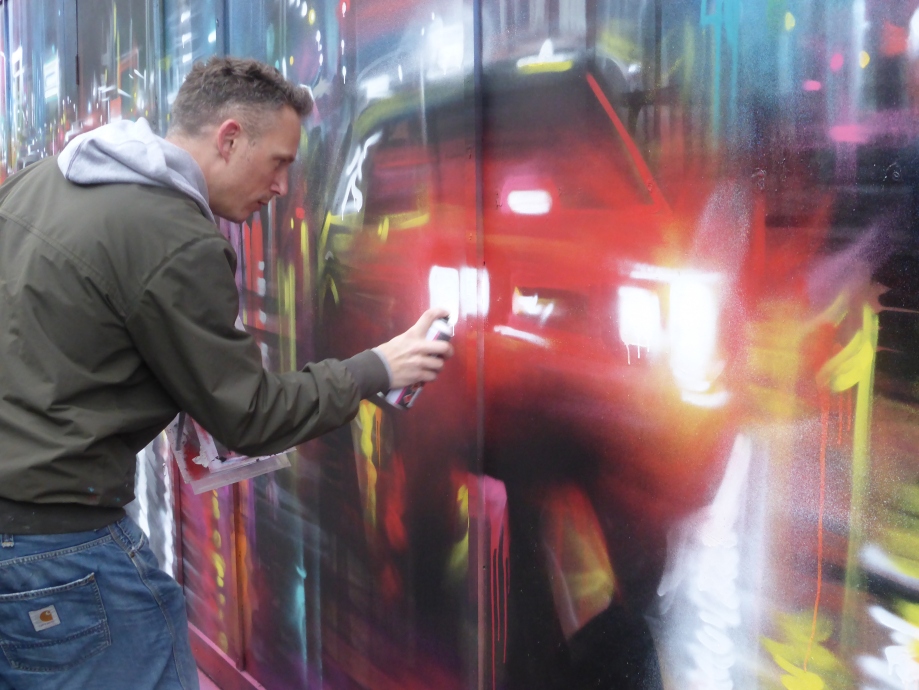 Adding some of the finishing touches to the great work. 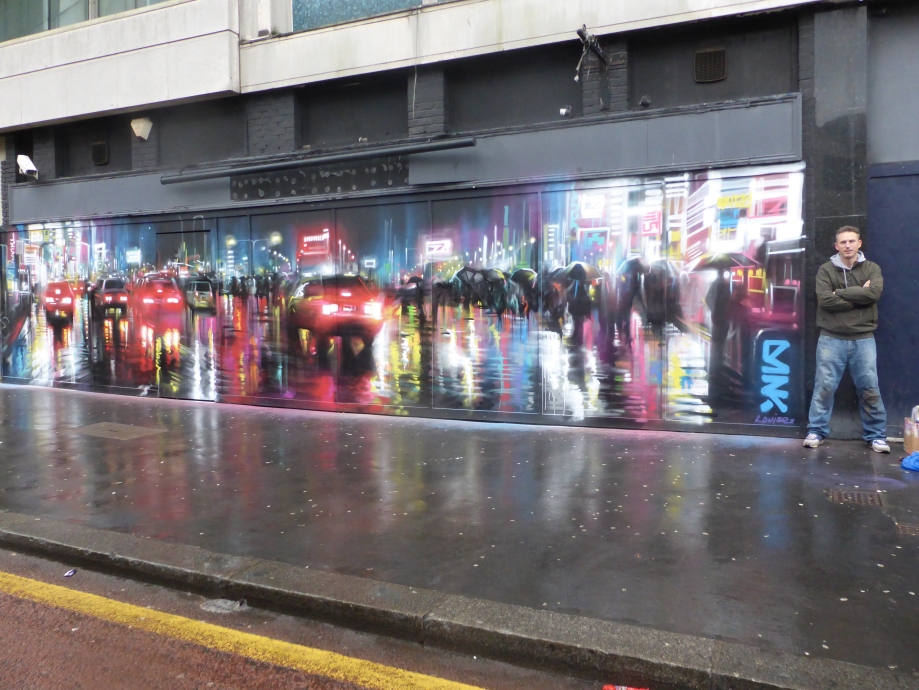 This section on the left with the reflections of the rear headlights in the puddles is my favourite aspect of this superb piece.

I would like to say thanks to Dan Kitchener for an absolutely fantastic day in Croydon watching one of our absolute favourite artists here at London Calling work. I would also like to thank Dan’s father Jerry, who was there helping Dan out, for offering delightful conversation and really helping make for an amazing day. Thanks guys, I can’t wait to see future works.

You can see my post on Dank’s previous work in Croydon completed a few weeks back (covered here).