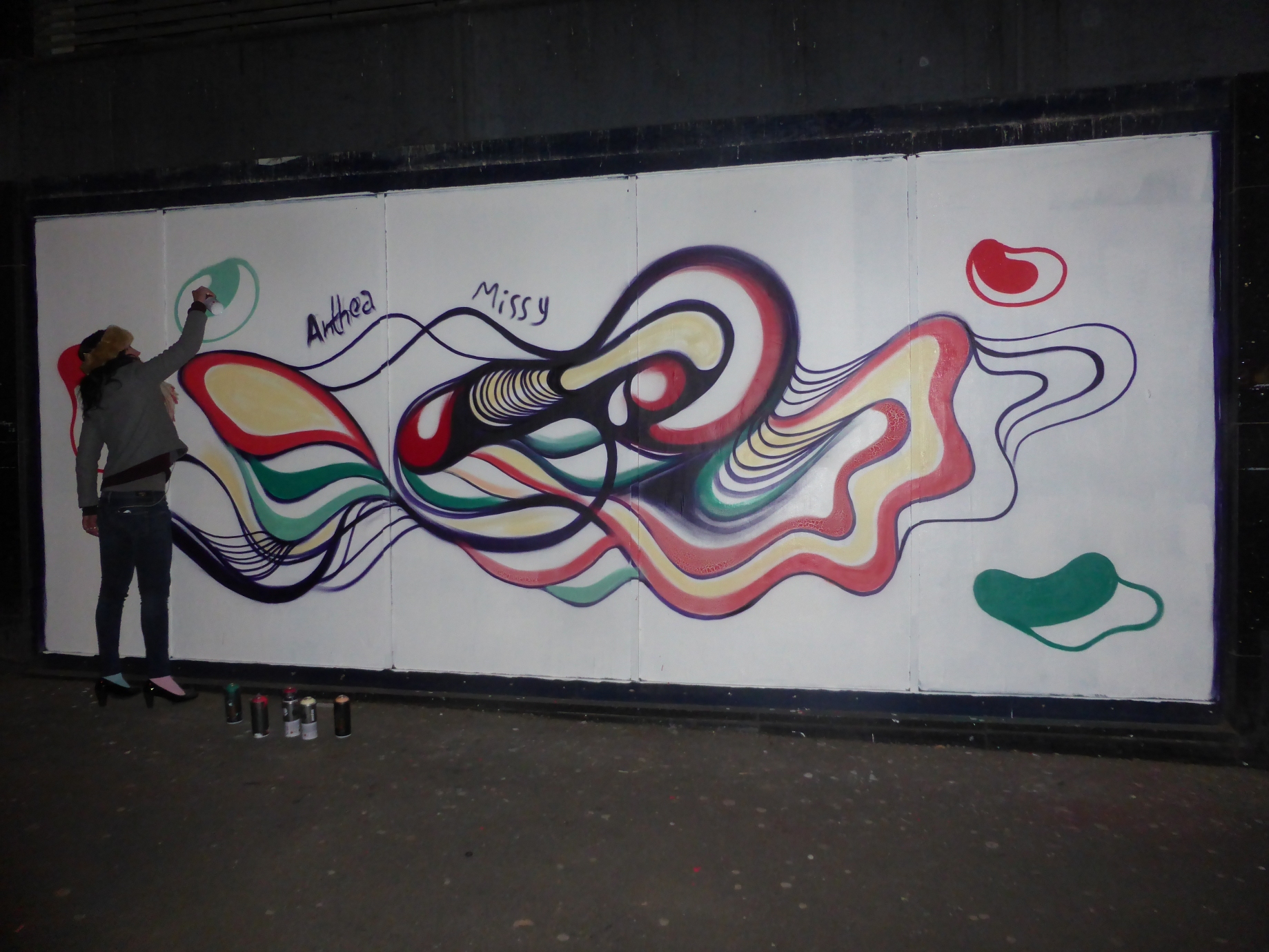 Last night Anthea Missy returned to Croydon’s Arts Quarter to replace a piece of hers that was lost earlier in the week to vandalism. Anthea was kind enough to invite us along to see her paint on Park Street and it made for a superb Friday night, being able to watch an artist work their magic through the whole process. 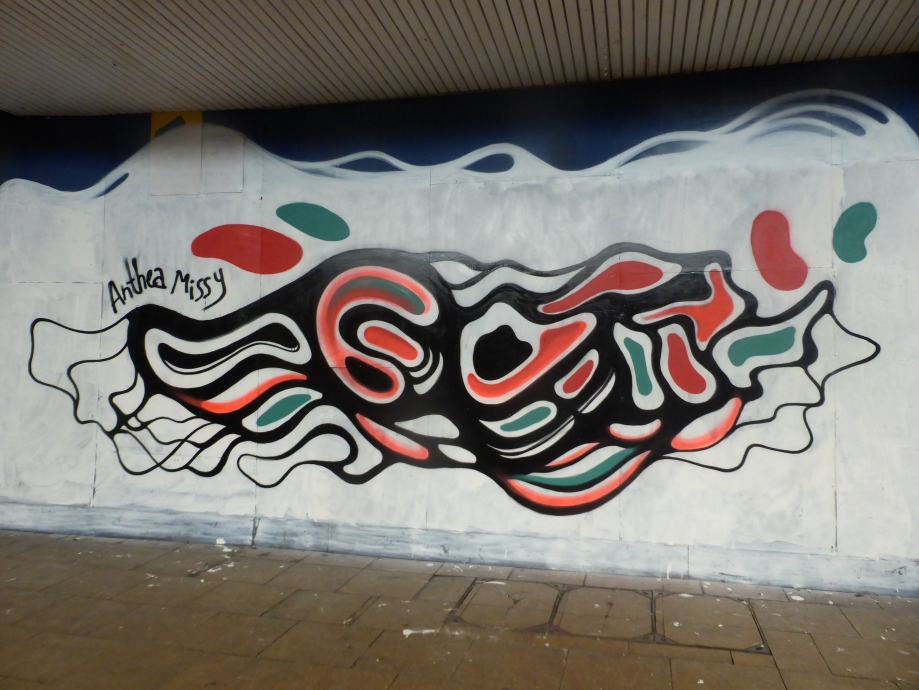 Anthea Missy who is from France, but now resides in Belgium, has only been painting on the streets since June 2014, with her first public work being done in Amsterdam and since then she has already got to paint in Brussels, Berlin, Paris, London, Vietnam & Cambodia. Anthea paints pieces which present an amorphic and organic construction of colour and shapes not found in nature. Anthea Missy sets to do this as she feels with such an overwhelming abundance of technological capability in the use of computers and cameras it is so easy now to capture perfect and highly realistic images of virtually anything, so she sets to paint the unrealistic the abnormal. Often using multiple shades of several core colours, Anthea Missy decided to paint for the first time with a deep purple colour as opposed to the use of black for her core outlines. 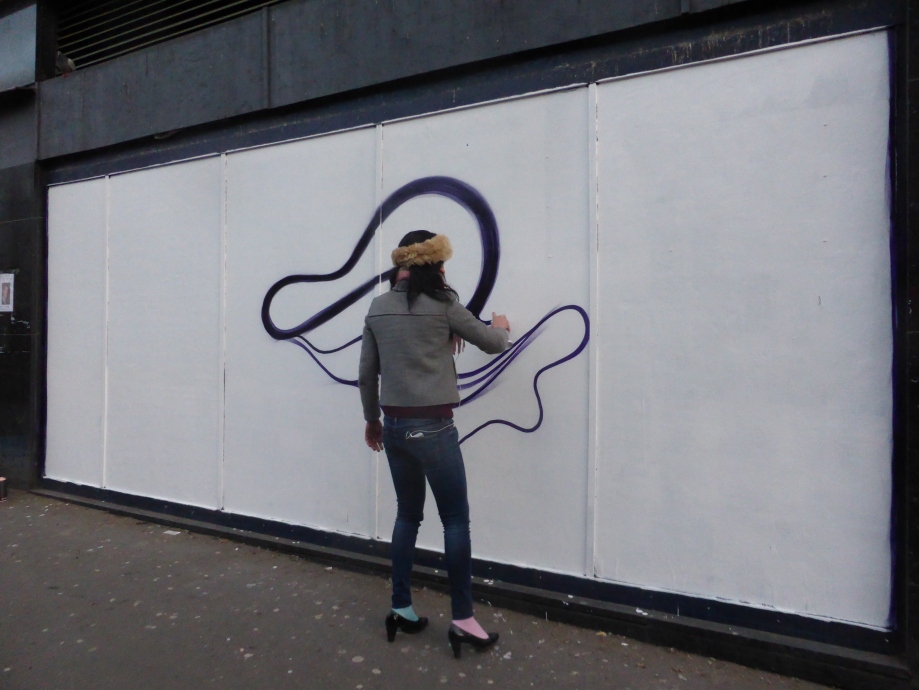 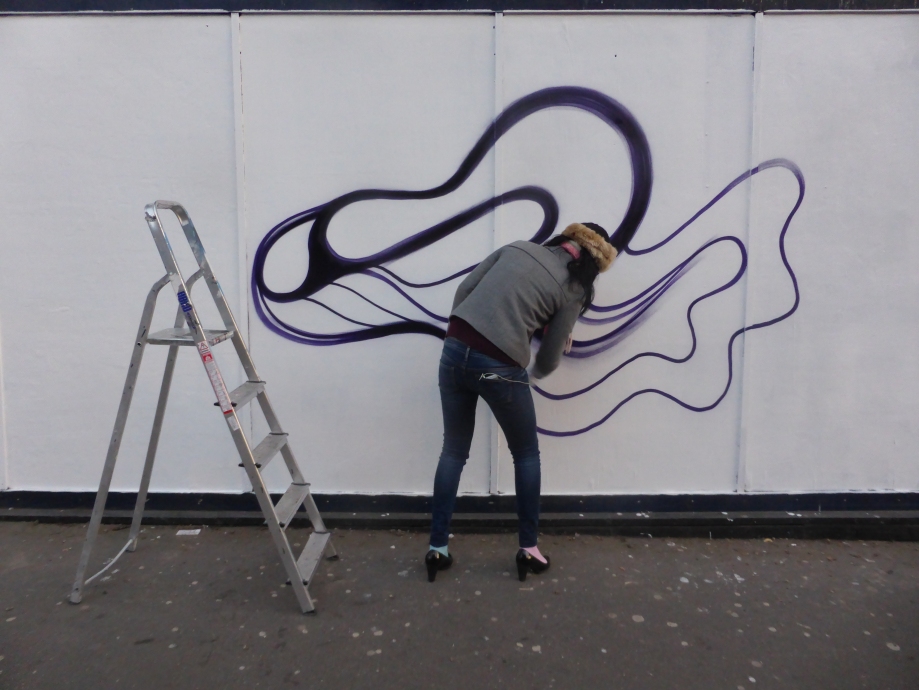 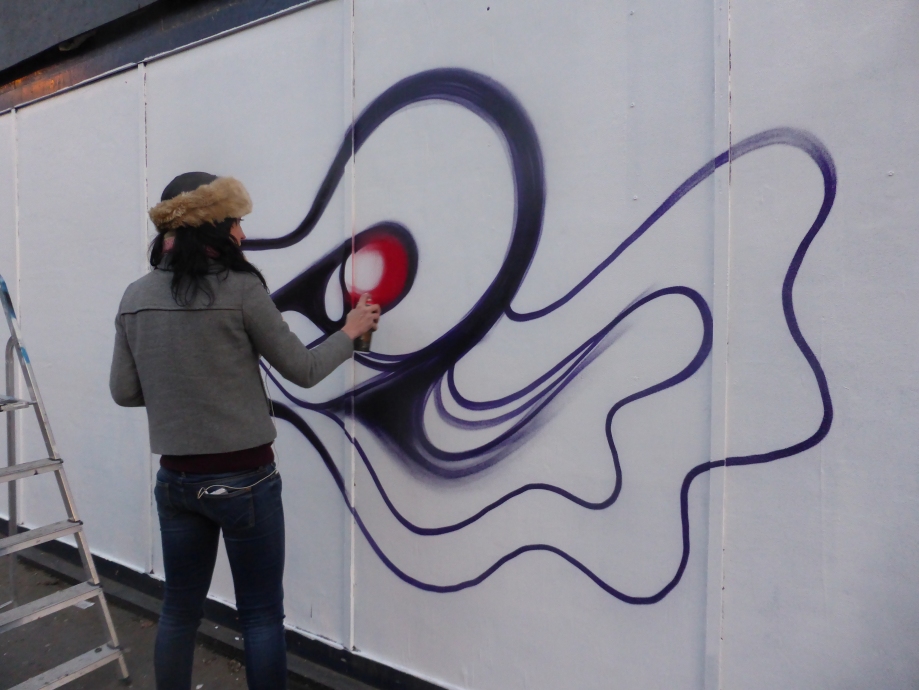 Laying out her first colour filler. 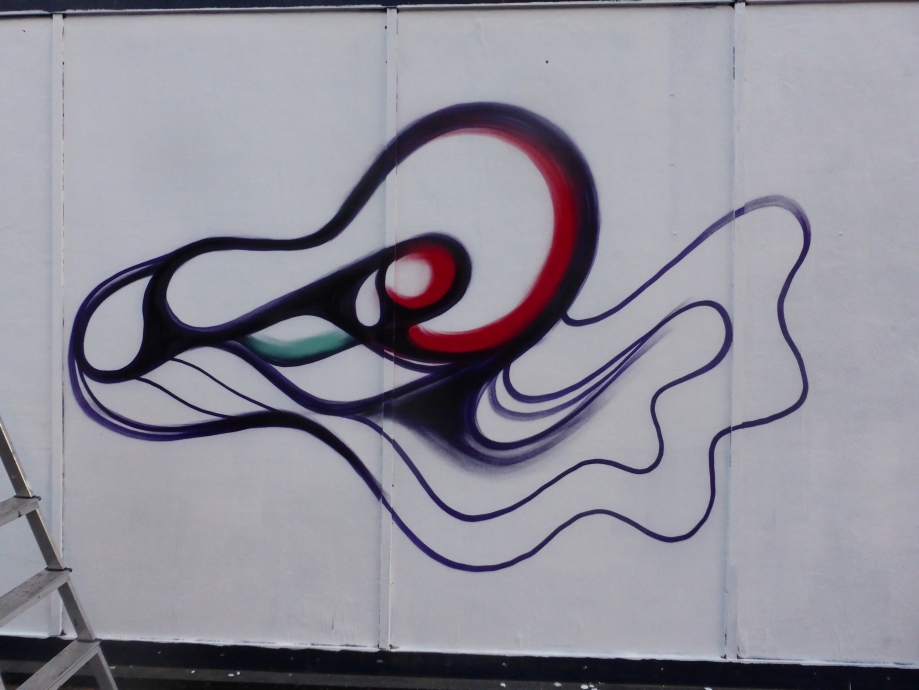 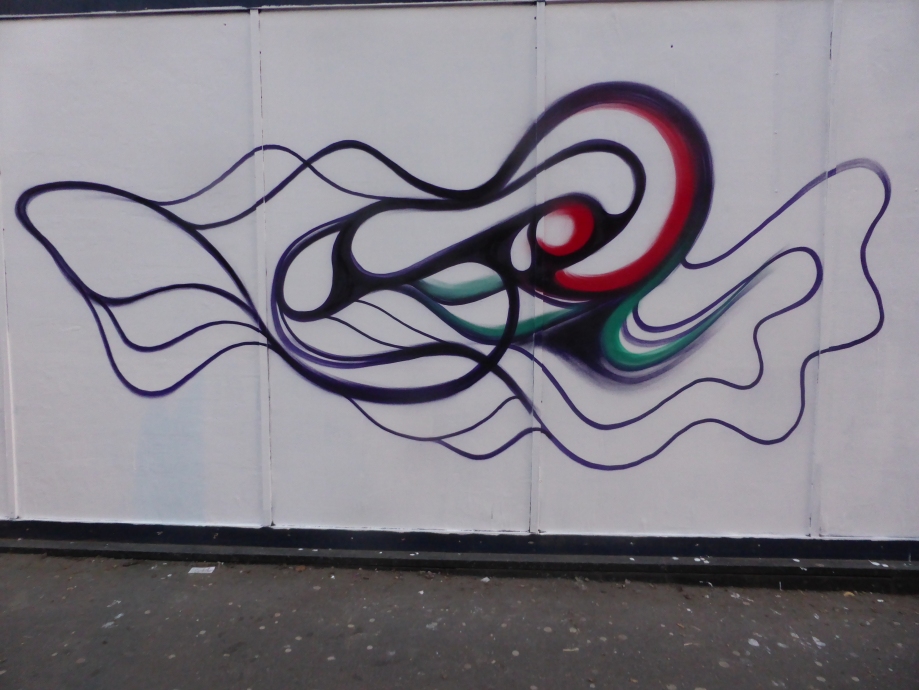 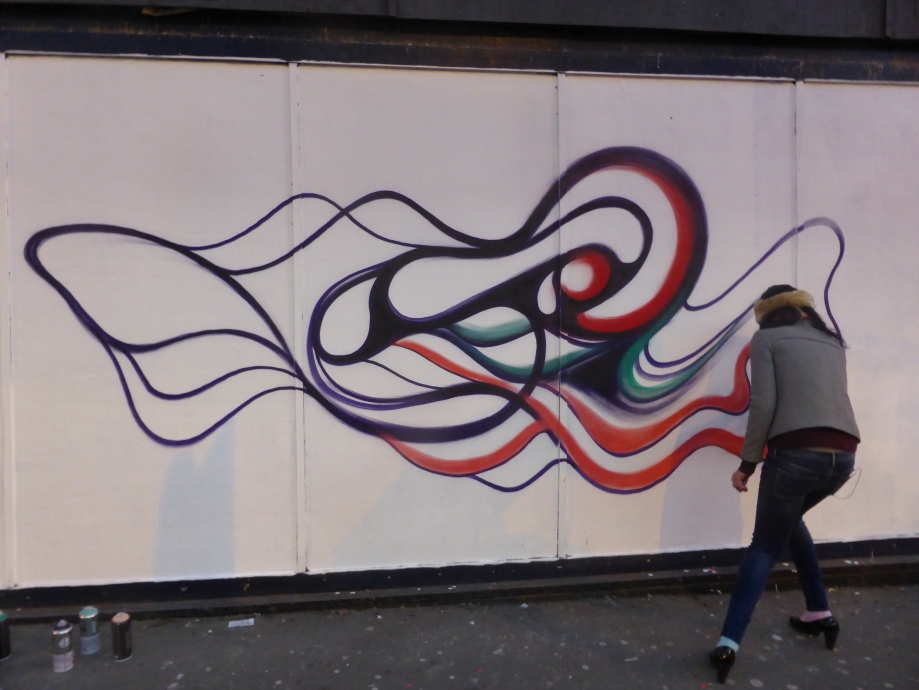 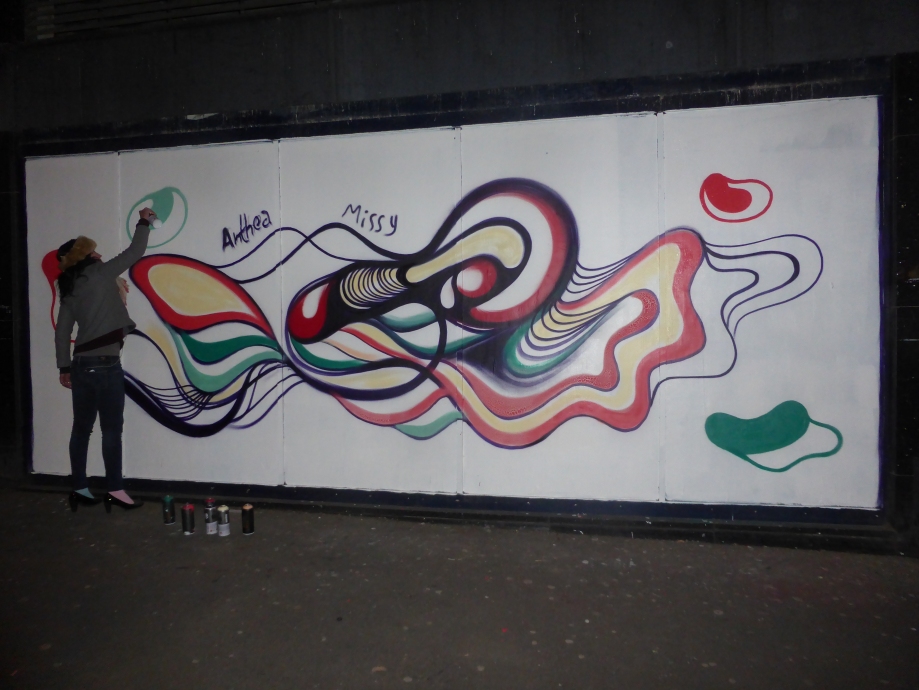 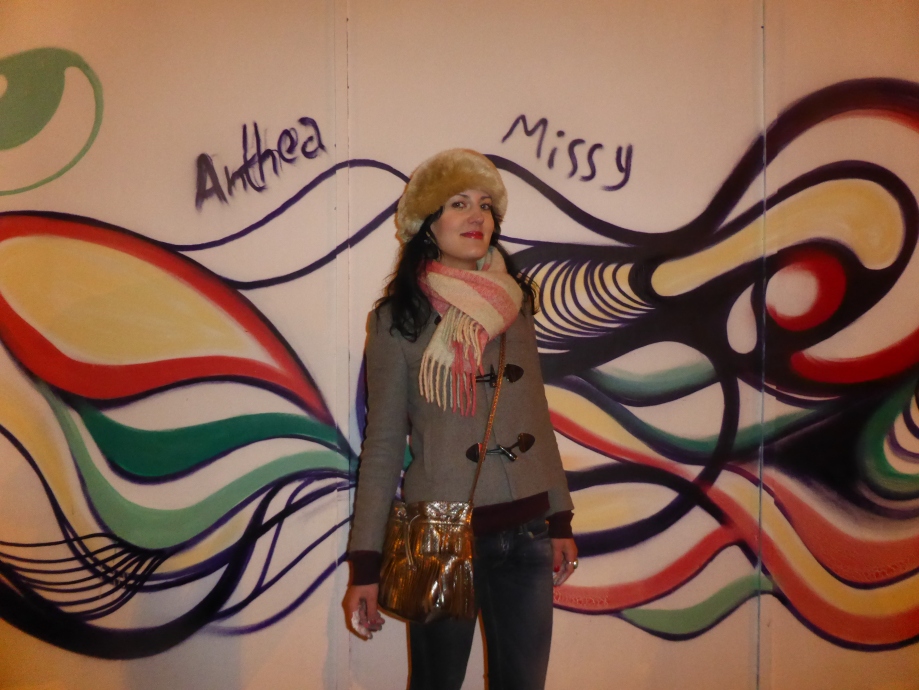 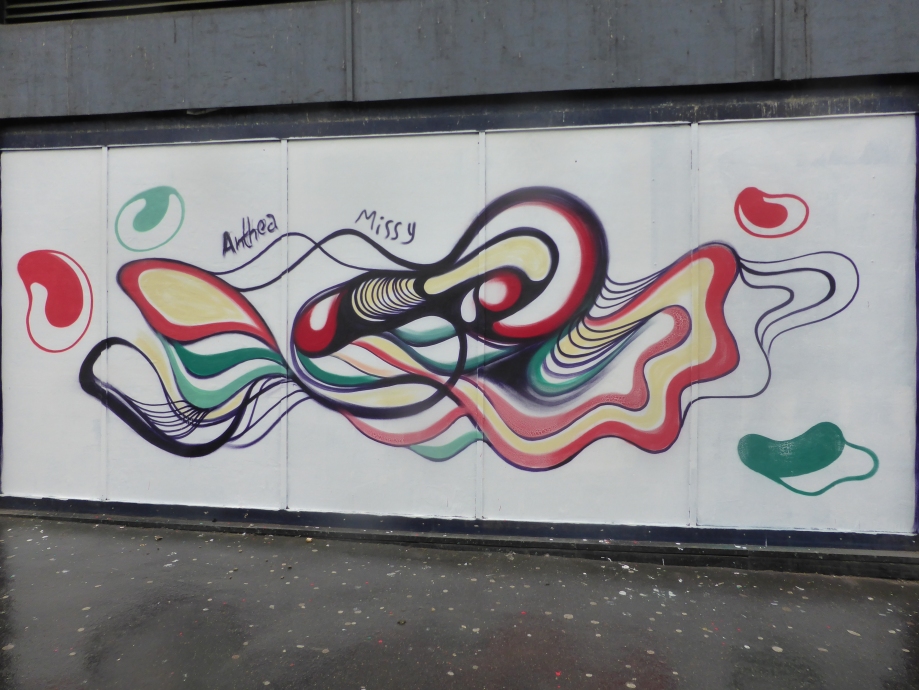 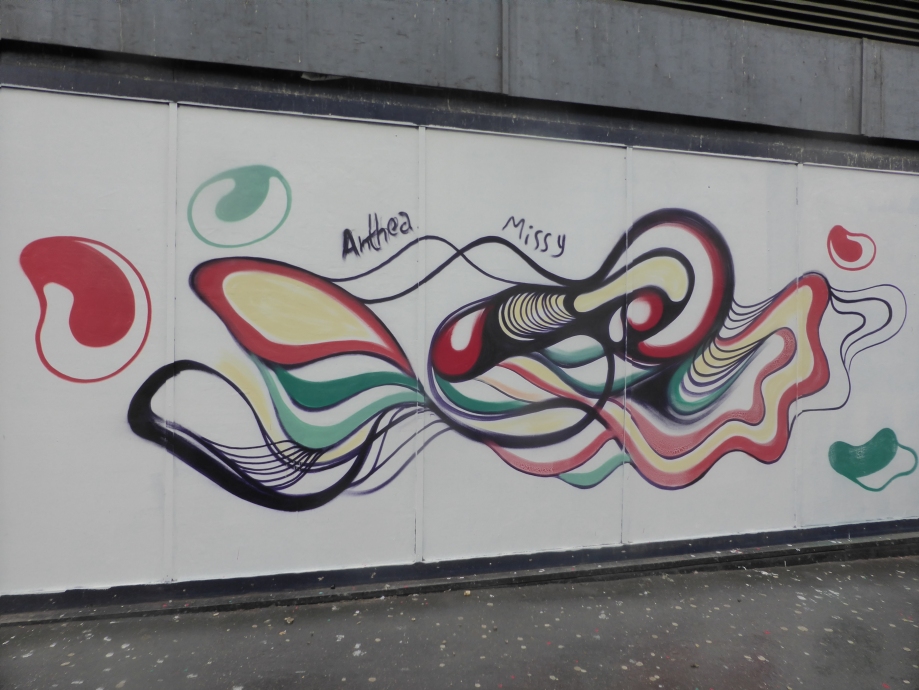