Next up we are taking a look at a rather interesting and captivating artwork placed up in Penge during the summer by visiting Australian street artist Inkhunter. This artwork marked the first and only artwork this artist has painted in London to date and we are very fortunate to have had it happen in Penge. Inkhunter’s artistic output is focused on environmental concern and he predominantly paints marine life. This particular artwork was inspired by the recent research which concluded that by the year 2050 there will be more plastic in the planet’s oceans than fish – by weight. This stark finding has been superbly articulated by the artist in the form of painting a fish which has become fused/evolved into a plastic bottle. The colour motif in this artists work is also very well considered, with the magnolia background representing the world’s beaches, the blue representing the oceans and the use of red is drawn upon in response to major food companies using this colour as part of a psychology of selling fast food as red is considered to be a colour that stimulates hunger. The striking work below was placed up in Padua Road, Penge, with support from ourselves London Calling Blog for community mural project SprayExhibition20 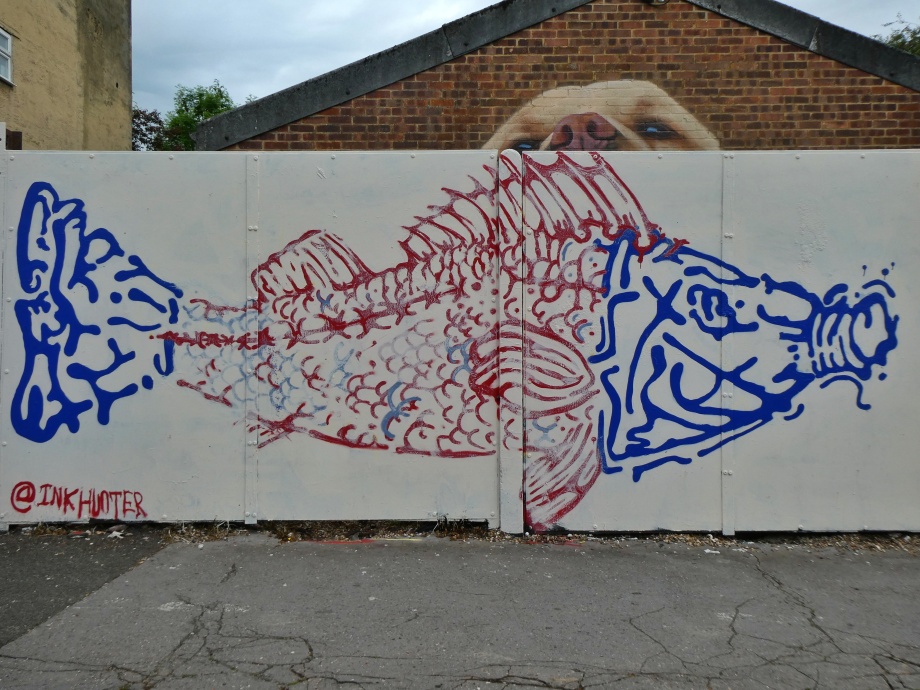 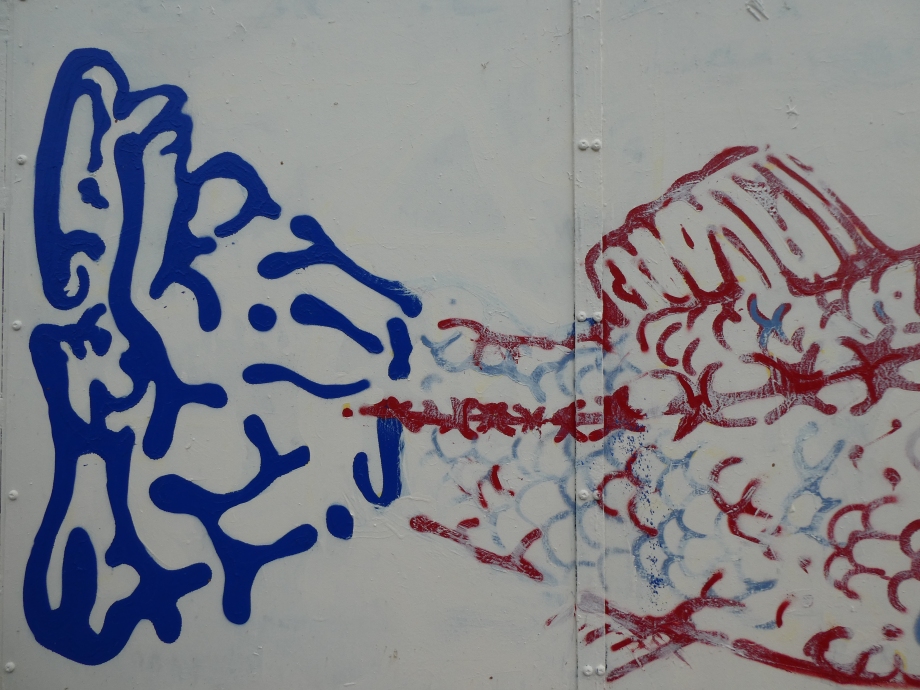 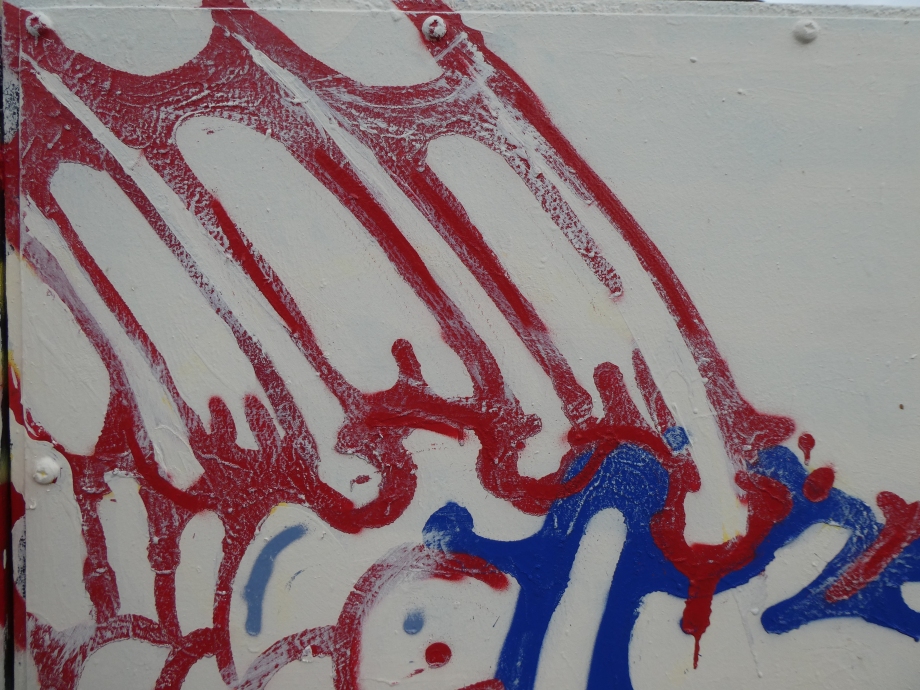 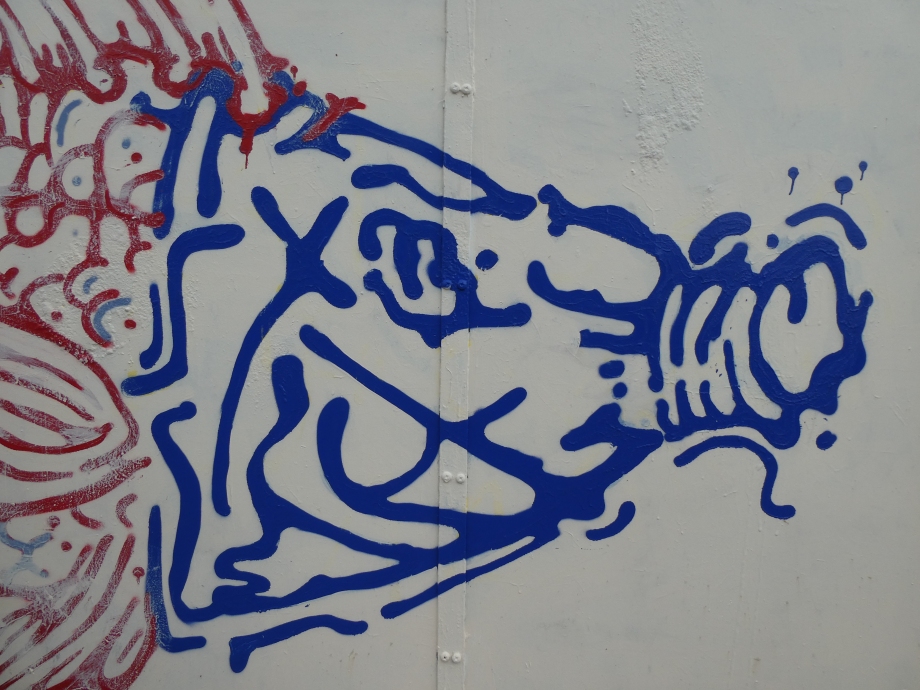 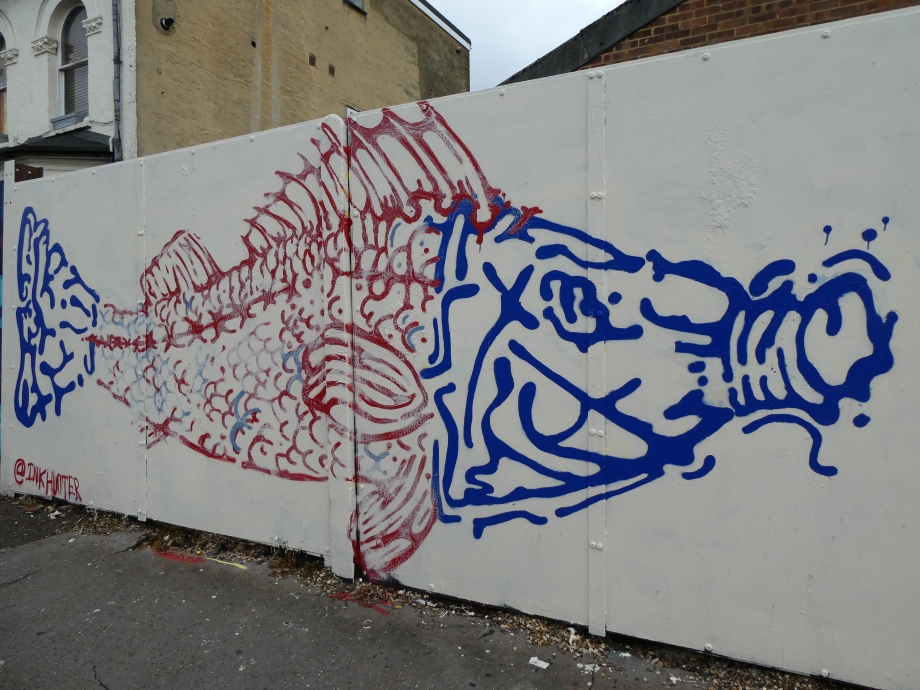