This evening we are taking a look at a pair of fantastic works placed up recently in Camden Town. It’s generally been quiet Street Art wise in Camden Town over the last couple of years. so it has certainly being a treat to see some new works of such an exceptional standard placed up in the once thriving area. Irony has left two striking portraits both presenting strong independent female subjects which is such a prevalent feature of Irony’s photo-realistic portraiture. Both of the works below were put up with support from The Real Art of Street Art. 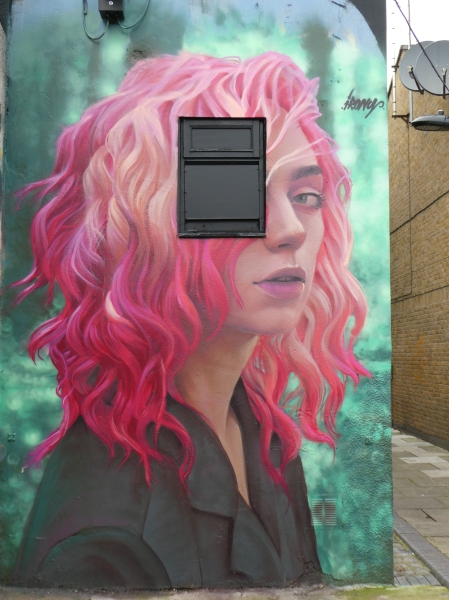 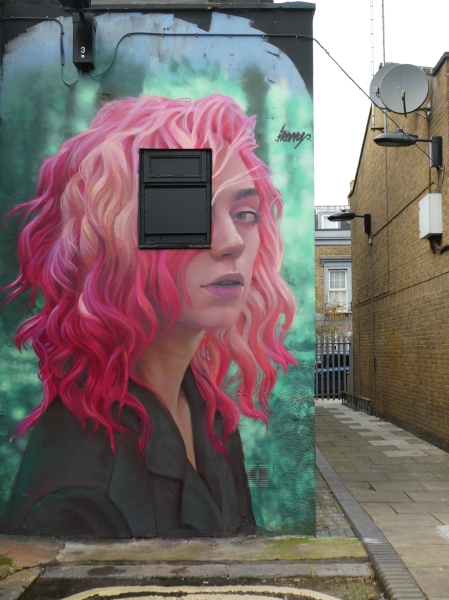 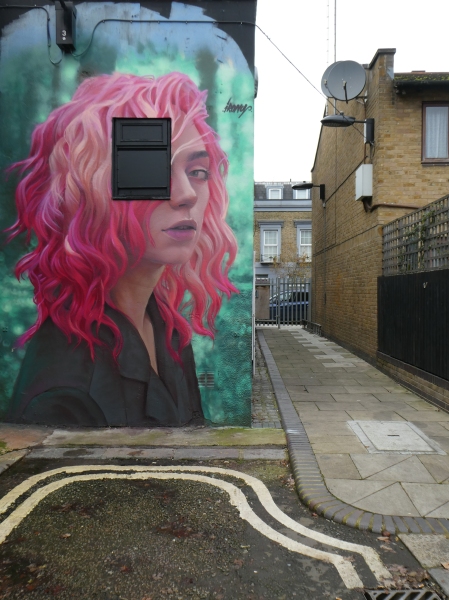 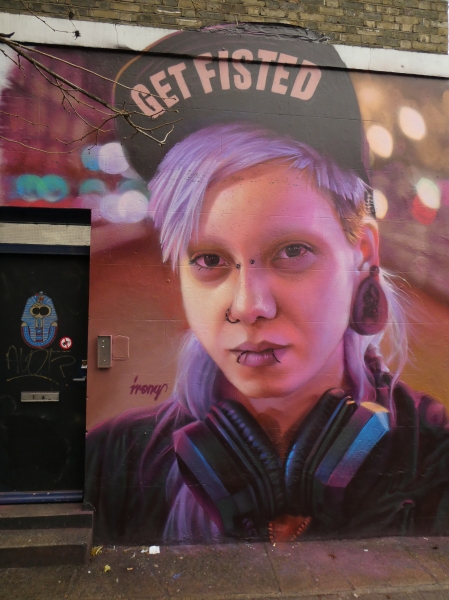 Fantastic work in Castlehaven Road, Camden Town, based on a photograph by Portrait Per Day, featuring a subject that really captures the quintessential character that makes Camden Town what it is. Something we hope isn’t lost in the redevelopments currently consuming the area. 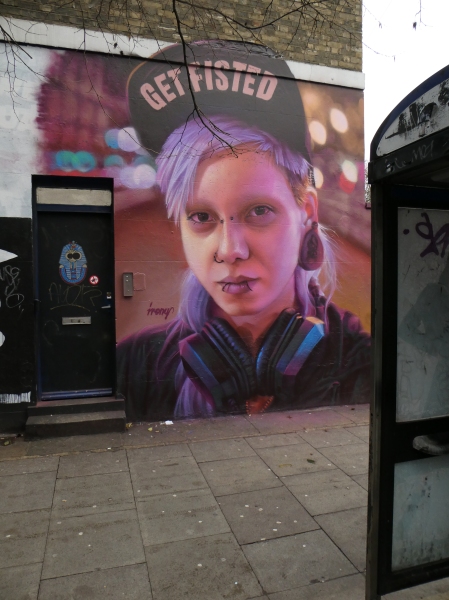