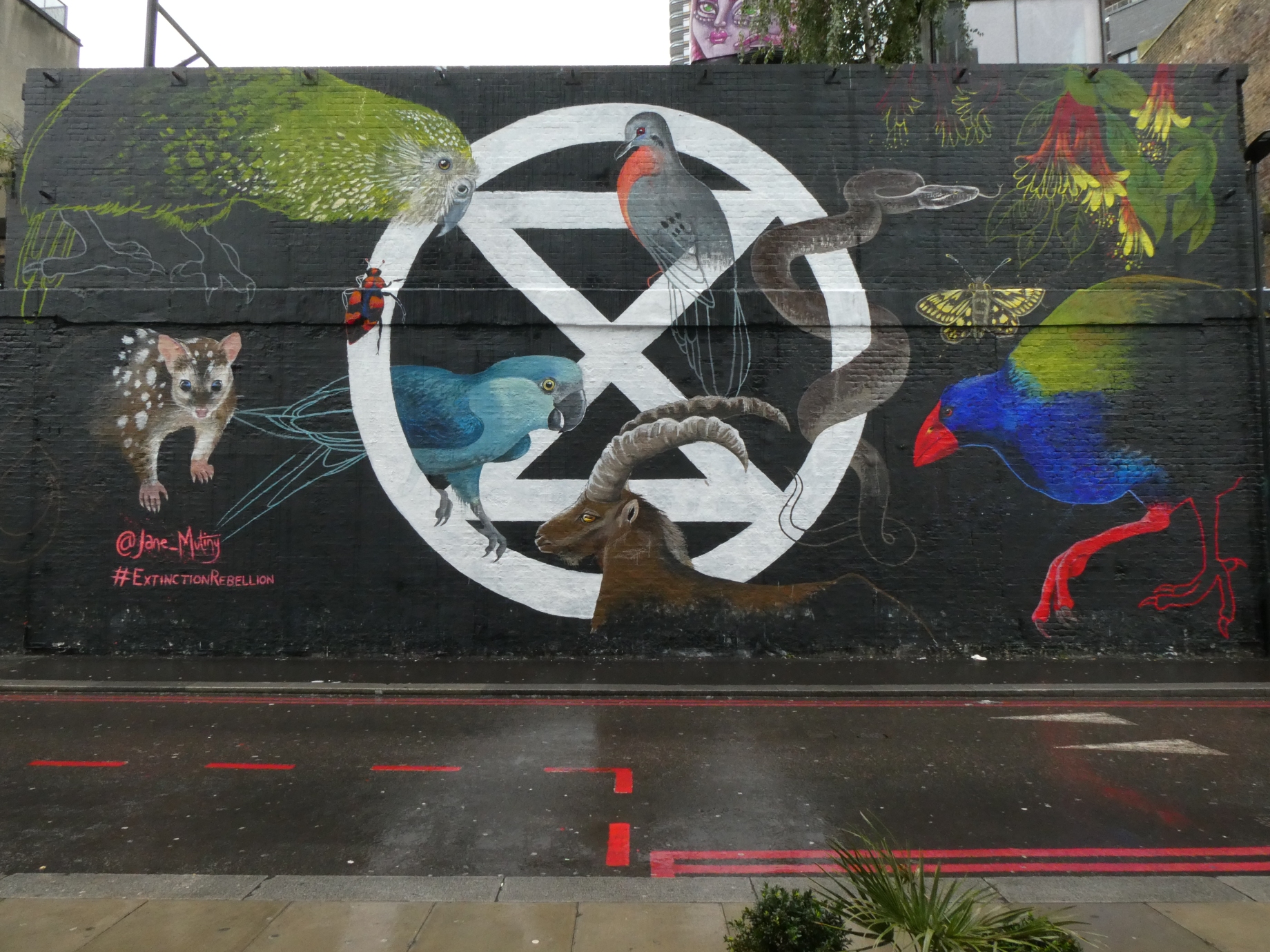 Here we are playing catch up and finally taking a look at this absolutely incredible work placed up by Jane Mutiny a couple of months ago on the Village Underground in support of Extinction Rebellion, a movement this artist has long championed. Taking to the largest spot to paint in Shoreditch for a stint, Jane Mutiny has created a striking work that is also so well thought out and composed. At the centre of this design is the Extinction Rebellion symbol which is accompanied with and surrounded by a series of animals and plant species. On the left are depictions of animals which are very near extinction, those animals contained in the Extinction Rebellion symbol in the centre of the work are already extinct, and those on the right are animal and plant species which were at some point believed to be extinct, but are actually still present in the wild. We also love the manner in which Jane Mutiny has depicted parts of the animals as incomplete, encapsulating the sense of fading away from existence. This fantastic work was placed up on the in Holywell Lane on the Village Underground in Shoreditch.

On the left a Kakapo and a Tiger Quoll on the left – species which are near extinction in the wild.

In the centre A Passenger Pigeon, a Round Island Burrowing Boa, a Spix’s Macaw and a Pyrenean Ibex – species which are all extinct in the wild.

On the right A Pycnandra Longiflora, a Checkered SKipper Butterfly and a South Island Takahe – species which were believed to be extinct but are actually still present in the wild. 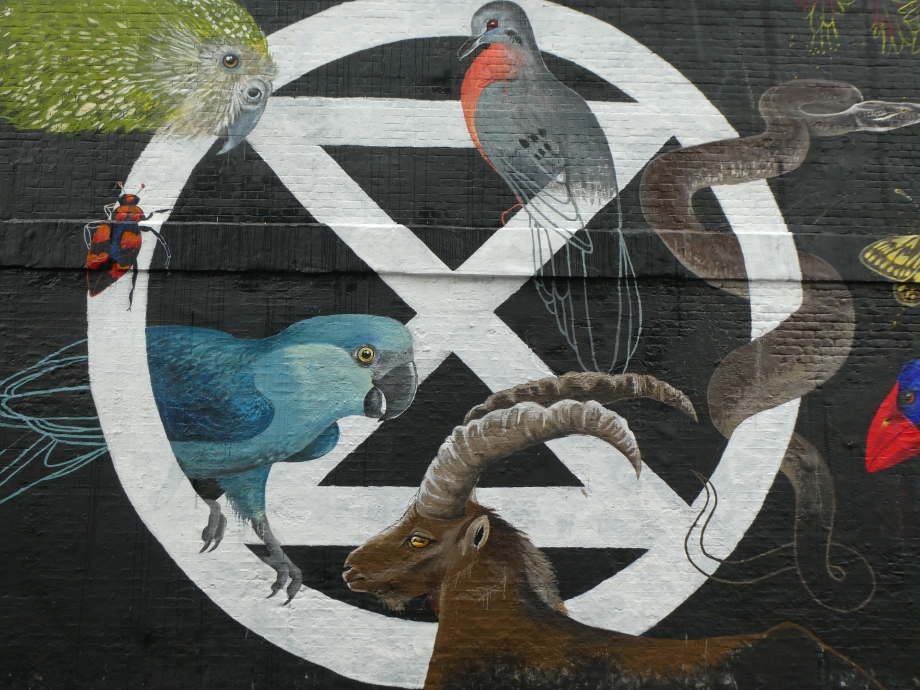 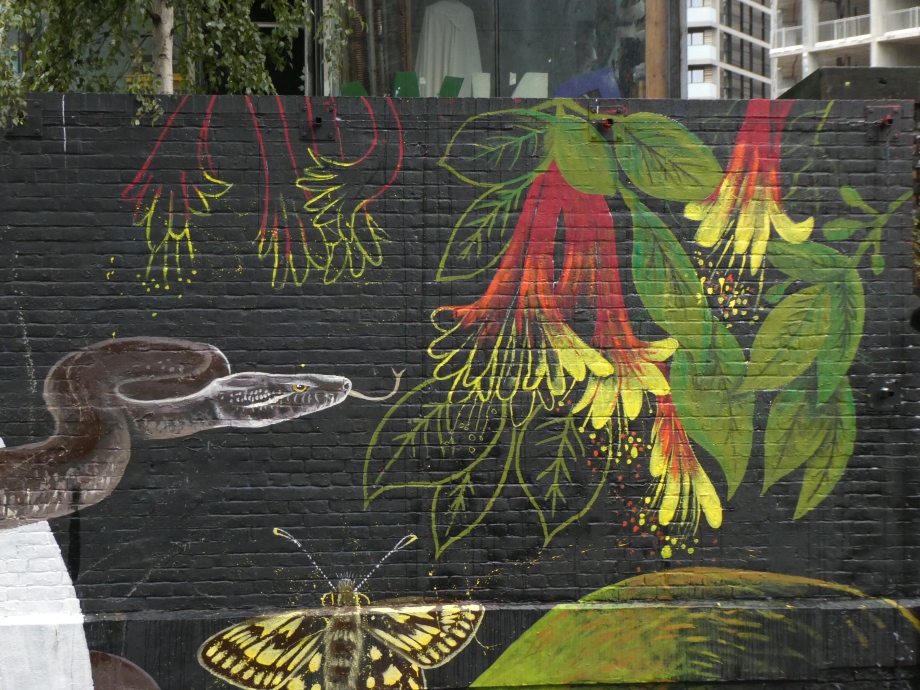