A couple of months ago now London was treated to a visit from Barcelona based artist El Pez, who was over for his collaborative show at 20 Years Smiling with Friends at the StolenSpace Gallery, and while over took the time to hit up a series of delightful works spreading his infectious message of happiness and joy.

El Pez, whose name translates from Spanish as ‘Fish’, tells you virtually all you need to know about this artists work. He started painting in 1999 on the outskirts of Barcelona, and after a period of signing his work with his name, he one day signed the work with a smiling fish, which in turn would go on to become the very essence of Pez’s work and message, El Pez was born. Searching for a universal language with which to interact with viewers, the cartoon smiling fish became the medium, a means to pass on a friendly and undeniably positive energy to walkers on the streets. One can’t argue with such intentions, nor deny the fact that upon seeing El Pez’s smiling fish characters and the often accompanying messages, such as ‘Smiling Since 1999’, you do find yourself smiling along with these friendly happy creations. 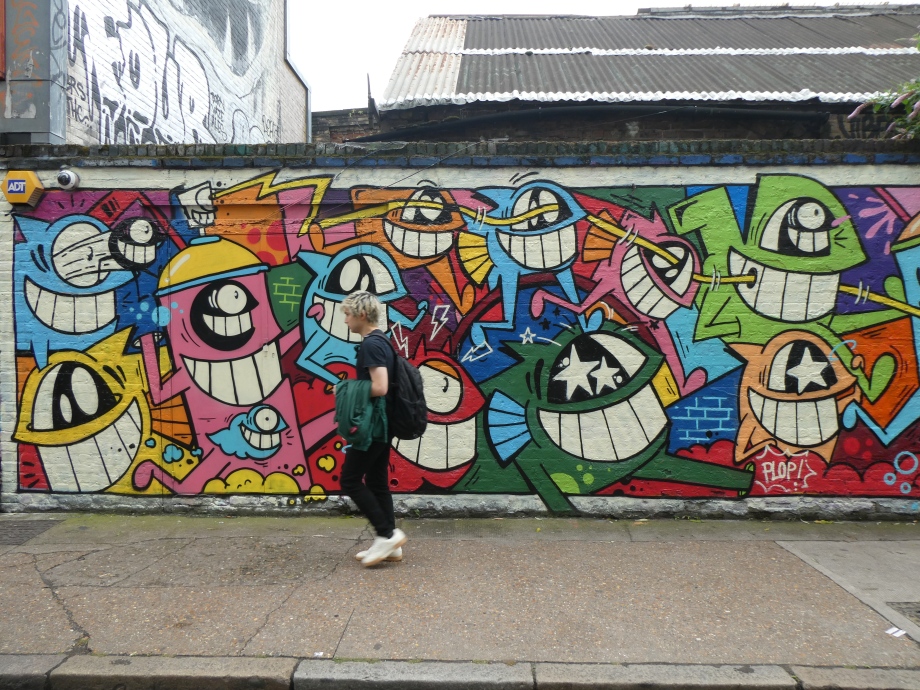 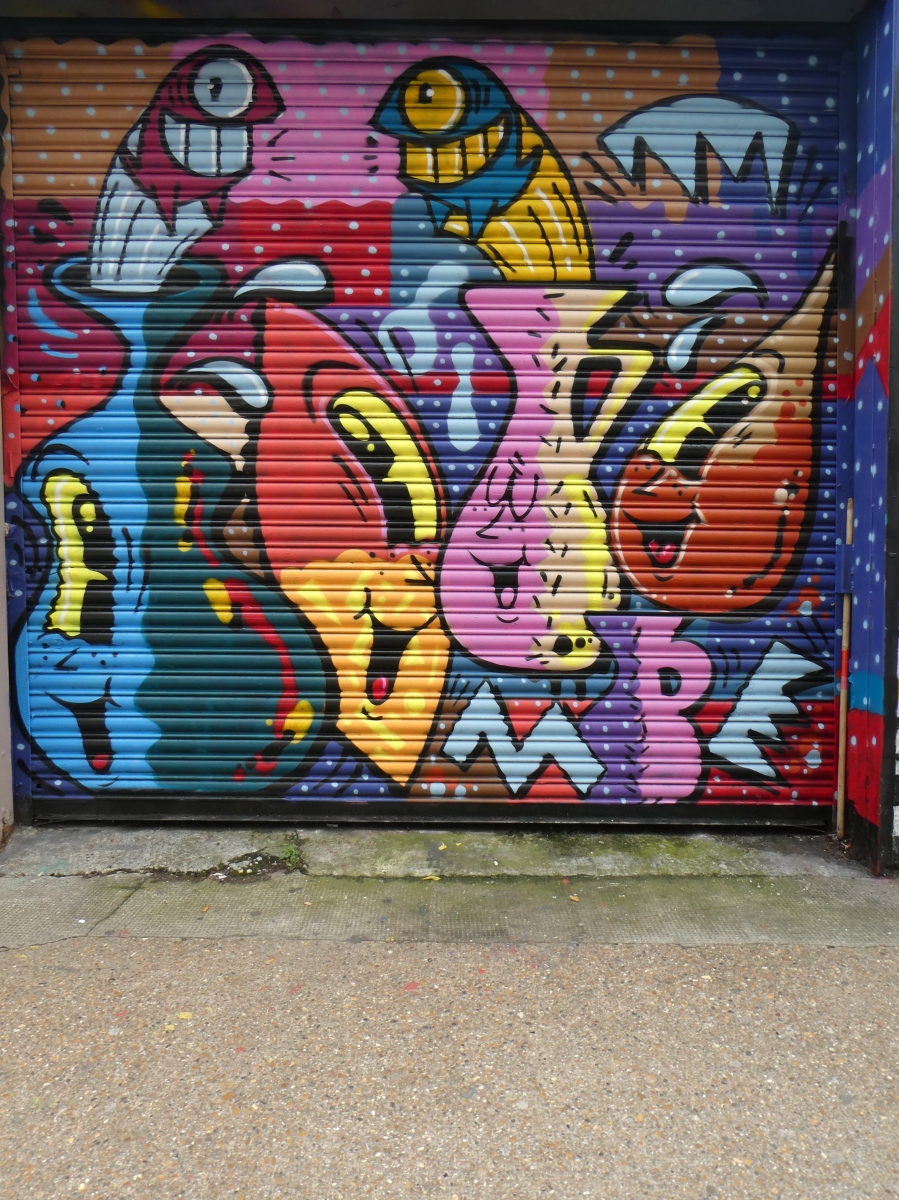