We haven’t had much reason for visiting Camden Town over the last year as the area has so little of the thriving Street Art Scene that was prevalent until the last couple of years, however our recent visit to this corner of North London was well worth it to see the latest addition to the town by Polish born, but London based, Street Artist Airborne Mark. Who took the space provided and the chance afforded to craft one his case studies in light and shadow through his favoured paper platforms based on origami designs he generally folds himself, but on this occasion features a Origami horse provided by Origami Artist Ross Symons who sent the design from South Africa for Airborne Mark to bring it to life in an urban setting. Taking Ross Symon’s design Airborne Mark then added his own touch of ‘Origami Riots’ to things with some string and plastic in the form of a cap being added to the paper subject which was all then subjected to some additional red and blue lighting in order to create his Origami Horse suitably placed up in close proximity to the Camden Stables a reference to the market just up the road that was in the past a horse stables and hospital and Airborne Mark being “a work horse of street art folds”. This fantastic work can be found in Symes Mews, just off of Camden High Street, Camden Town and was put up with support from The Real Art Of Street Art. 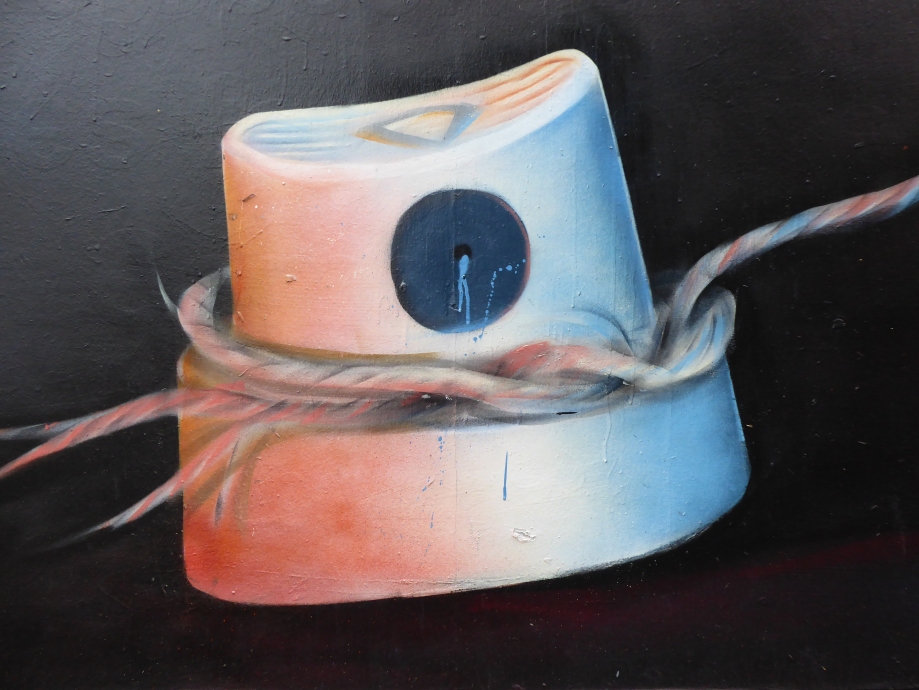 You can view this video by Airborne Mark on the making of his “Origami Horse”.

My Tweets
Join 421 other followers