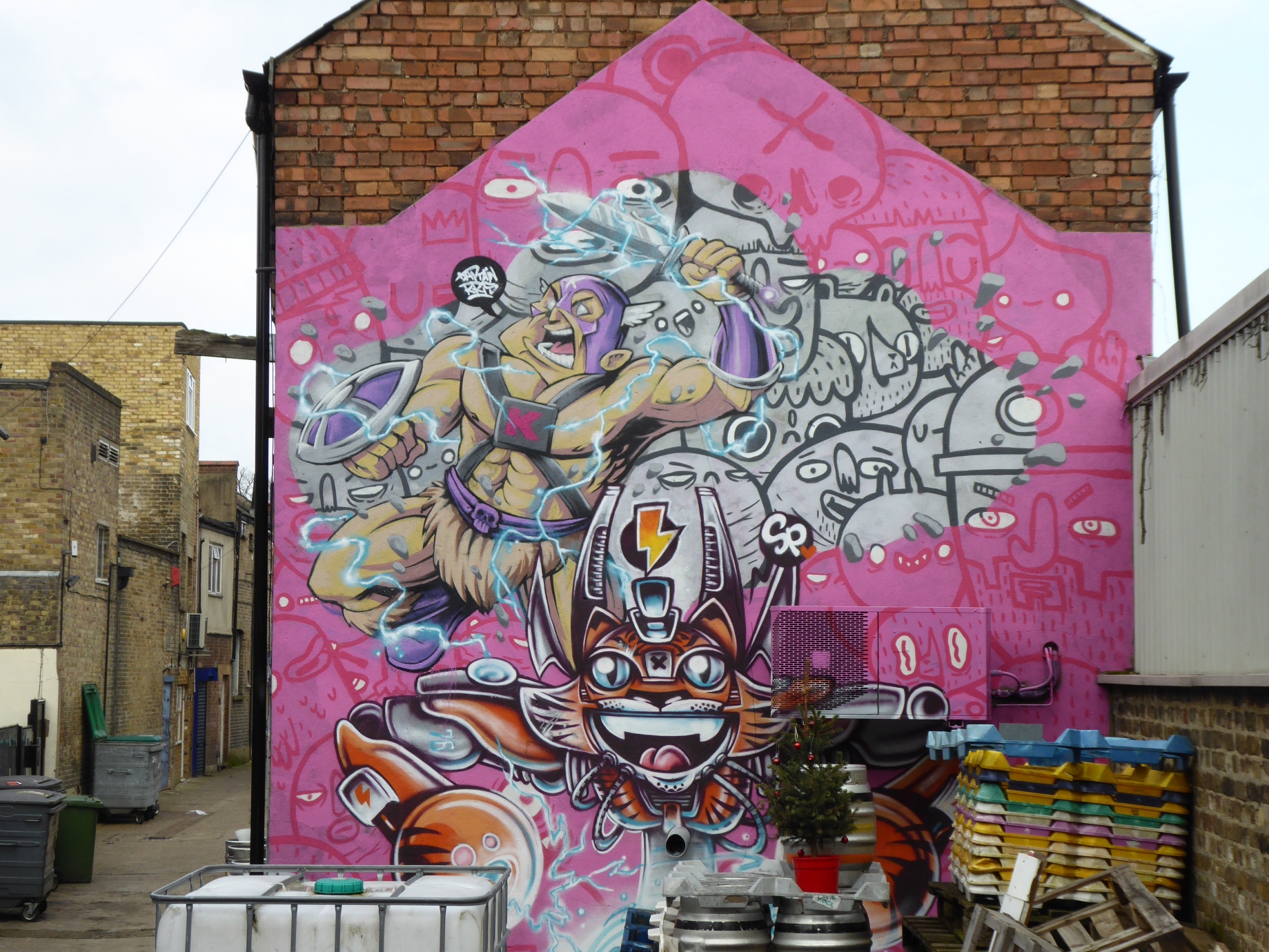 We are also playing catch up on this work which sadly didn’t last long at all. The work in question was by three members of The Lost Souls: Captain Kris SPZero76 and Squirl who set to paint a fantastic bootleg He-Man inspired work on a rather large and awkward space in Penge for our community Street Art project SprayExhibition20 in Penge. Very much a fantastic piece with Squirl’s host of characters really making Captain Kris’ ‘He-Cap’ character and ‘Tiger Lightning Paws’ by SPZero76 both pop from the wall. Due to the issues that arose resulting in the wall being removed the artists didn’t get to add the finishing touches to this wall that would of really taken it to next level, alas that doesn’t mean we didn’t want to share it anyway. 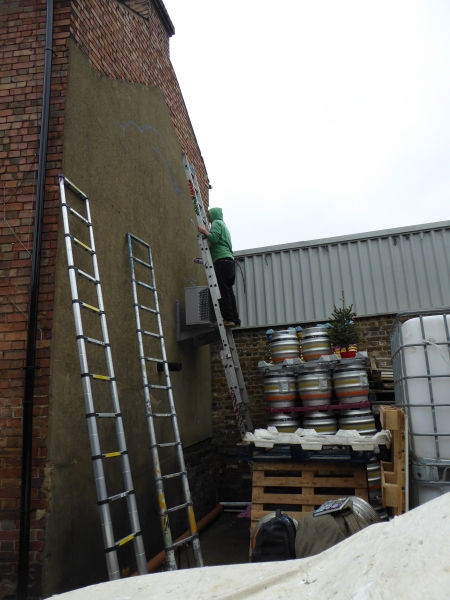 Squirl at work doubling as an acrobat. 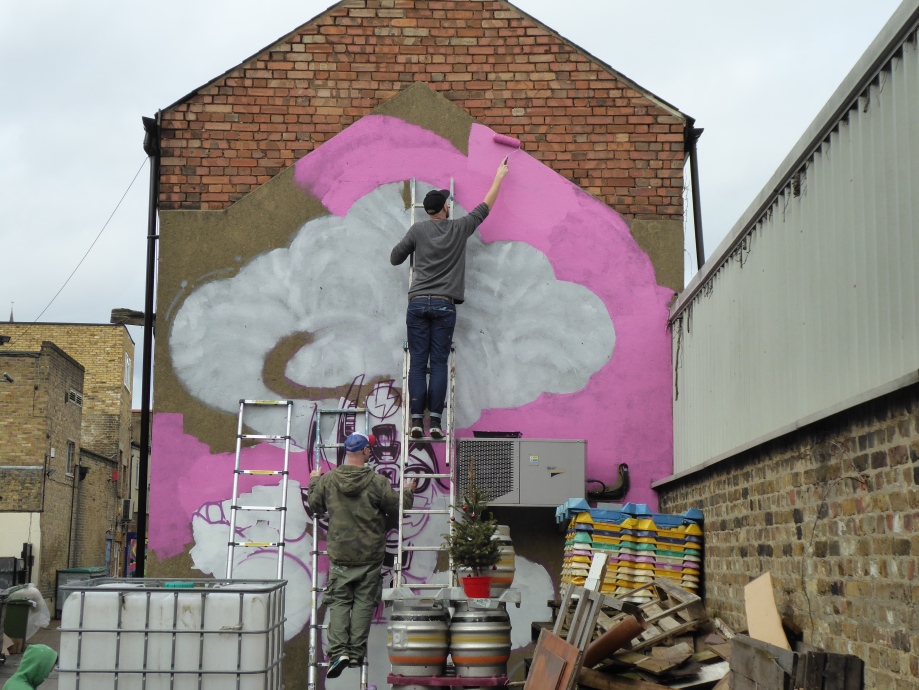 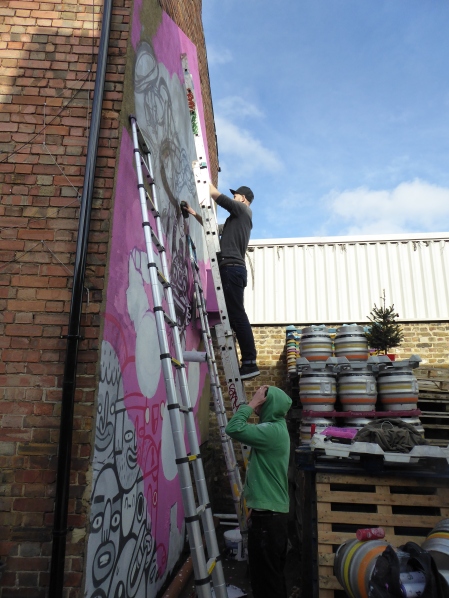 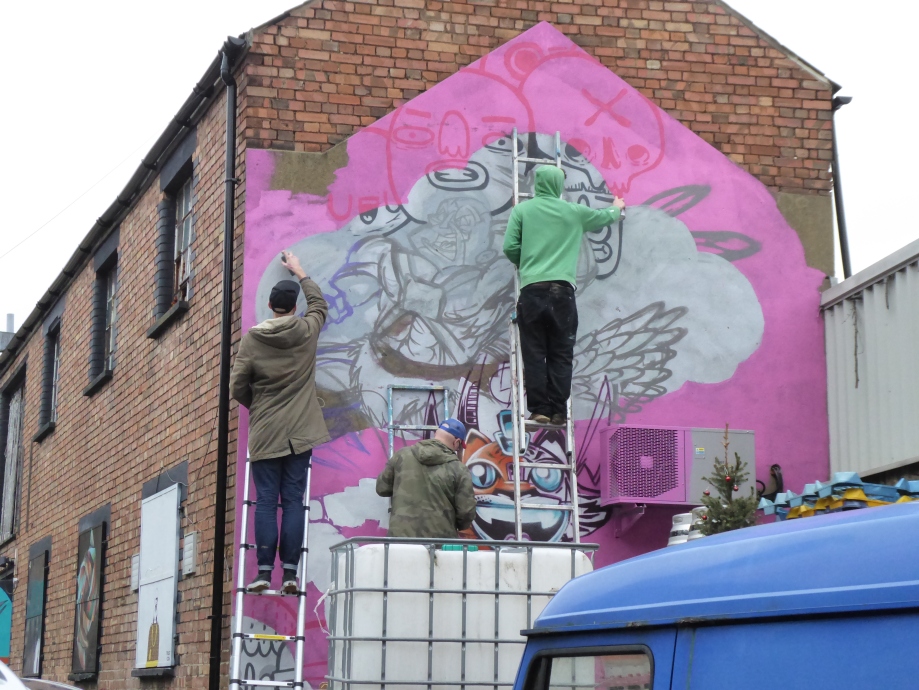 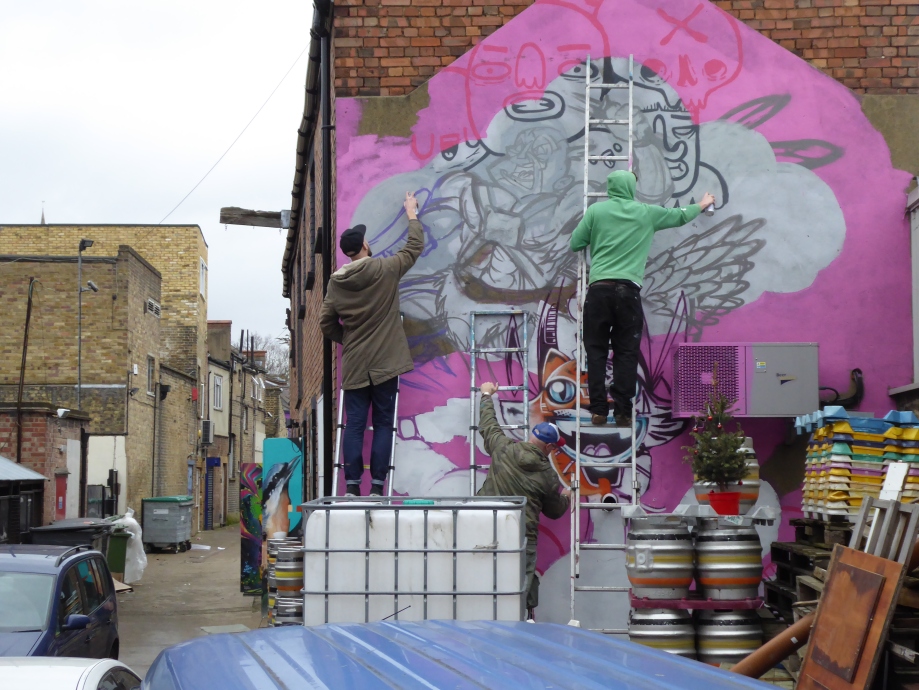 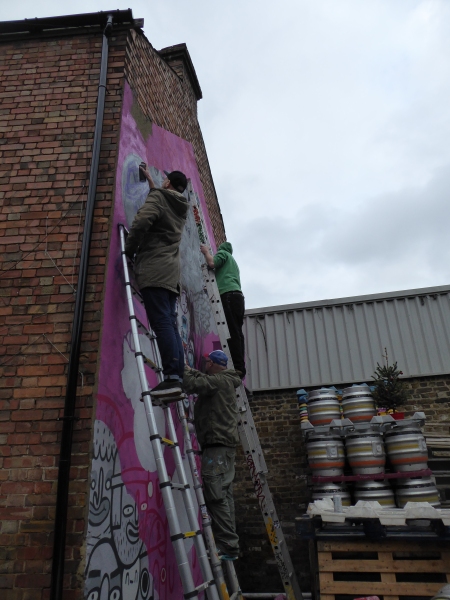 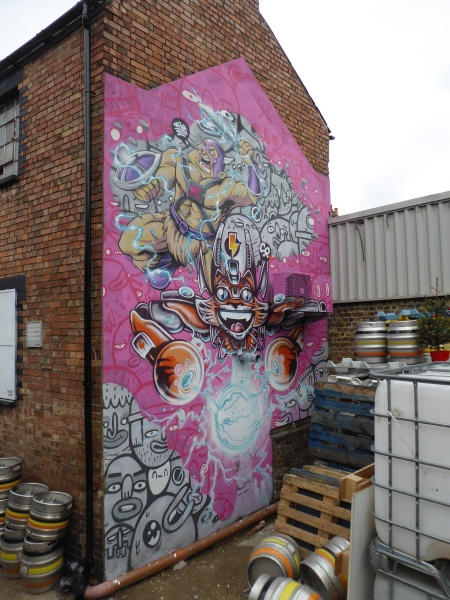 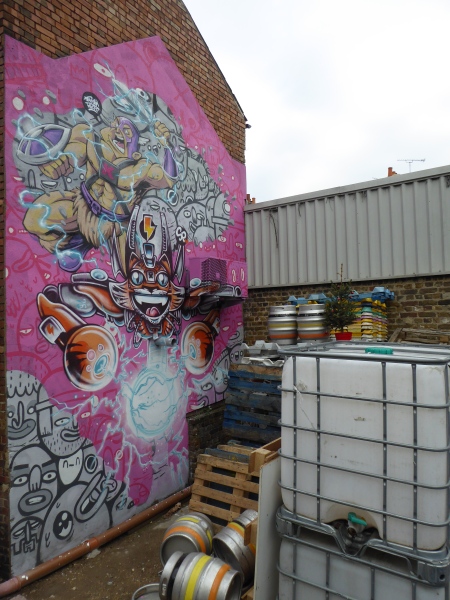 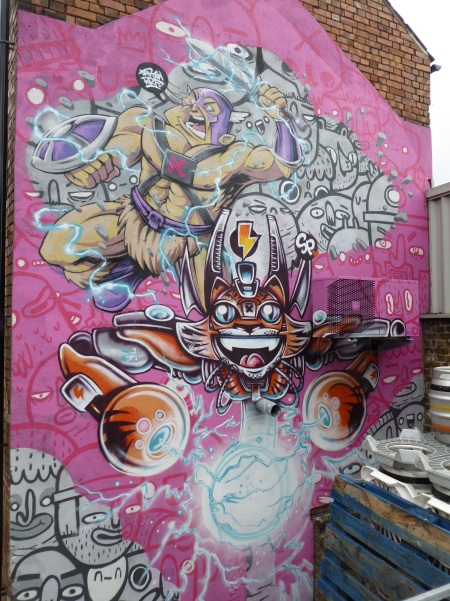 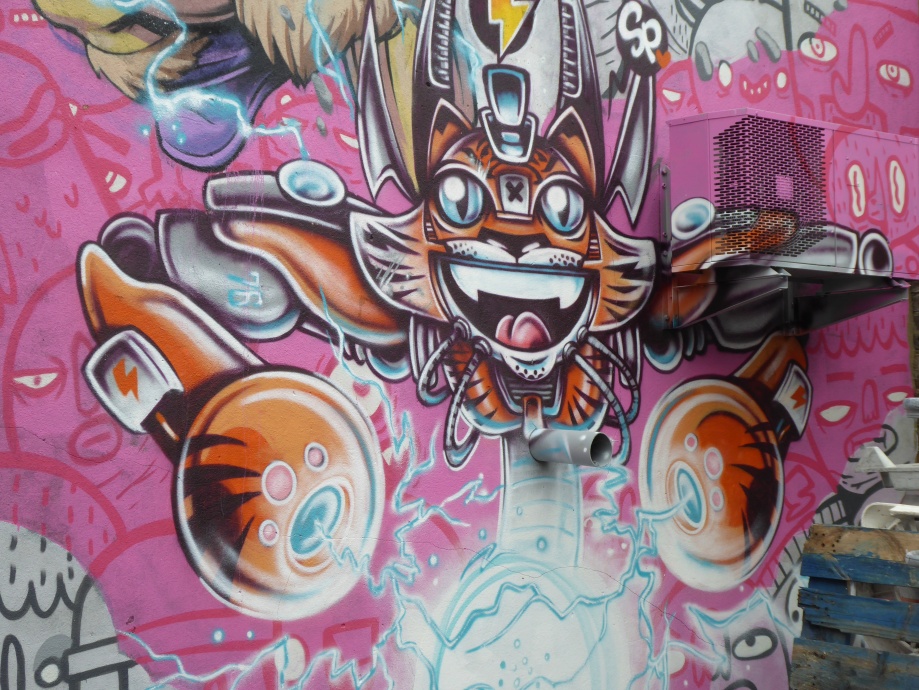 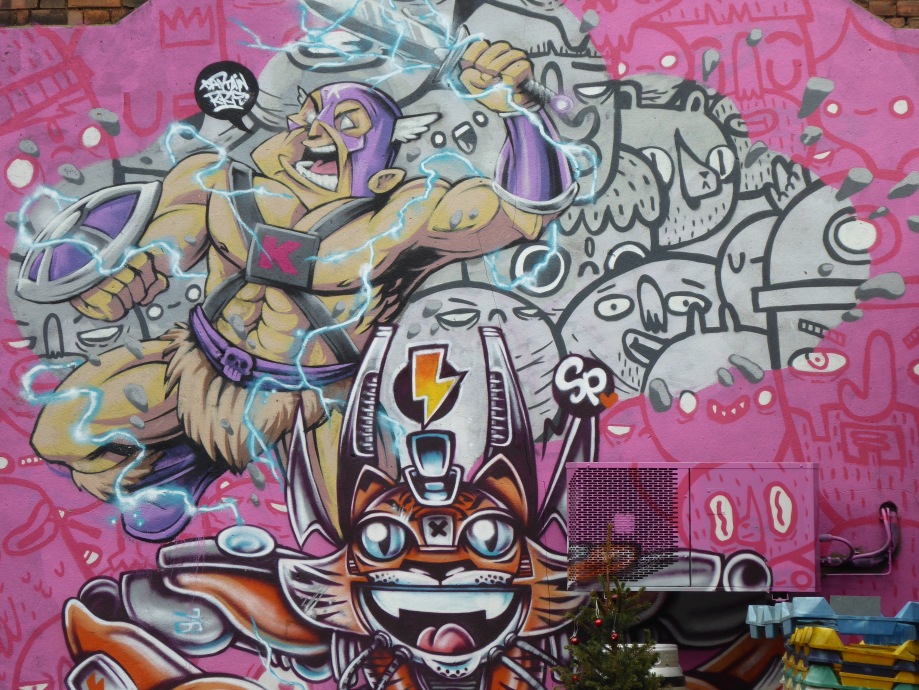 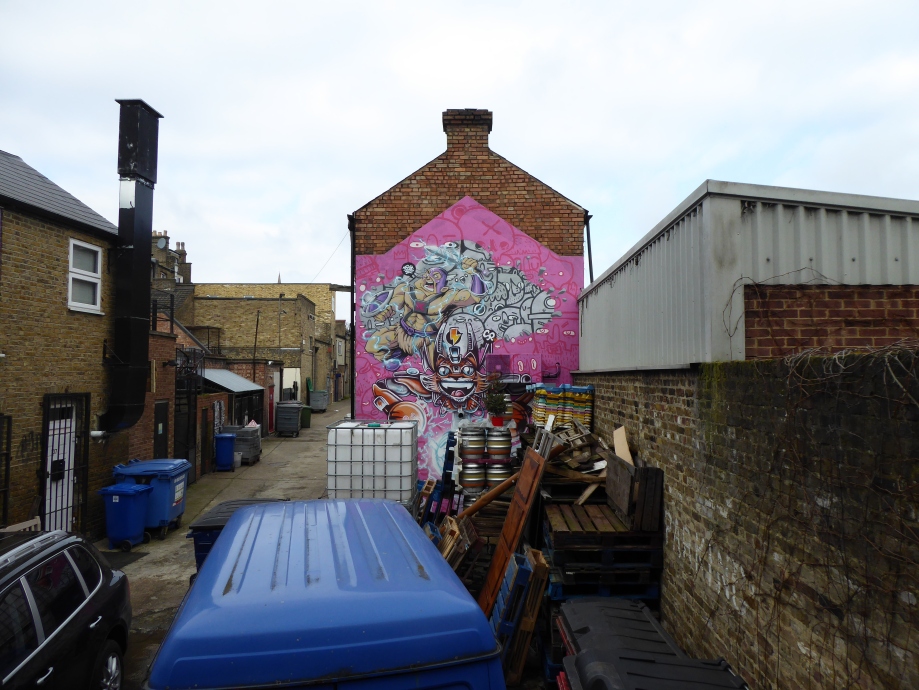 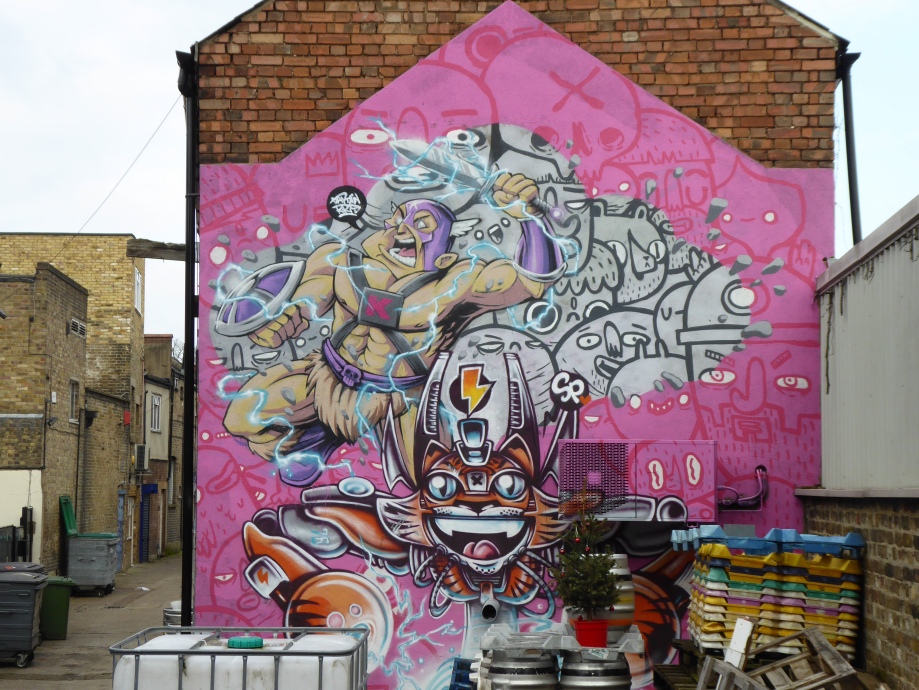 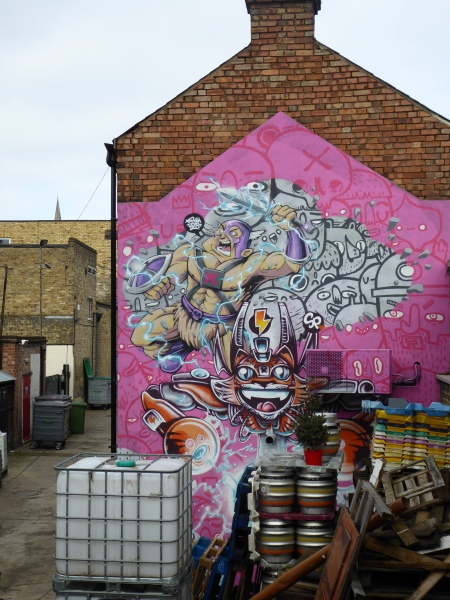 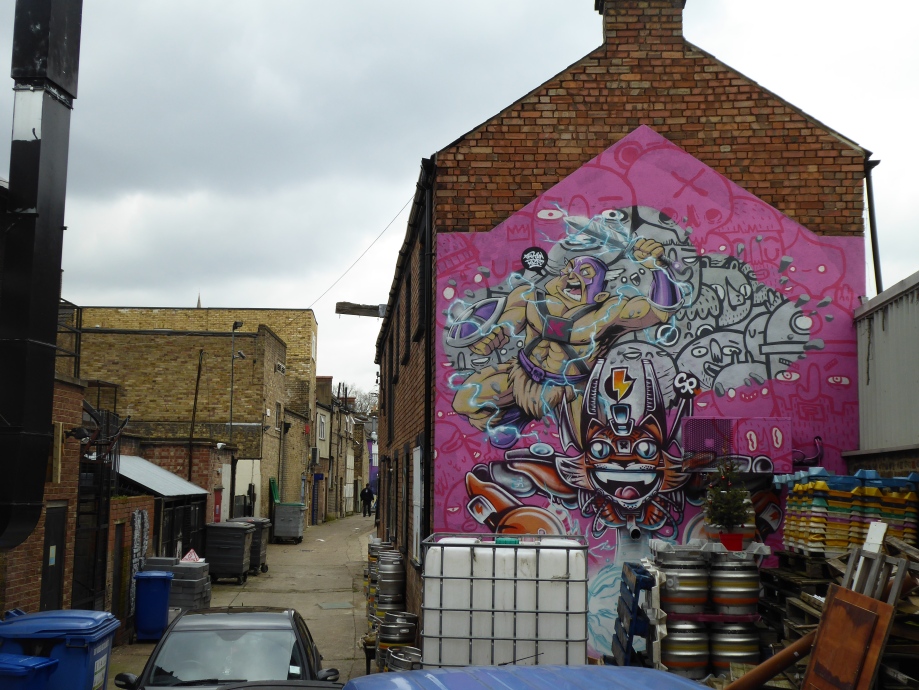 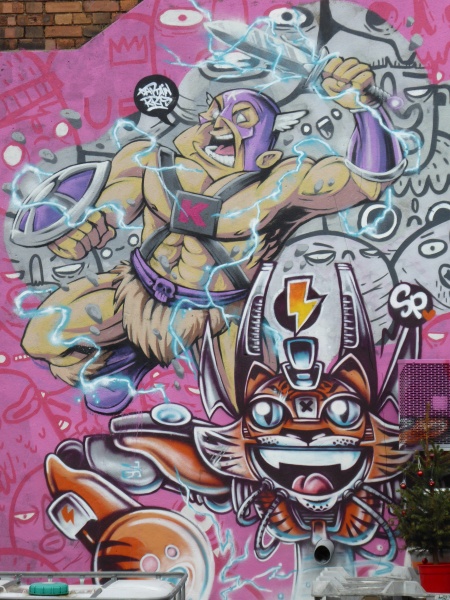 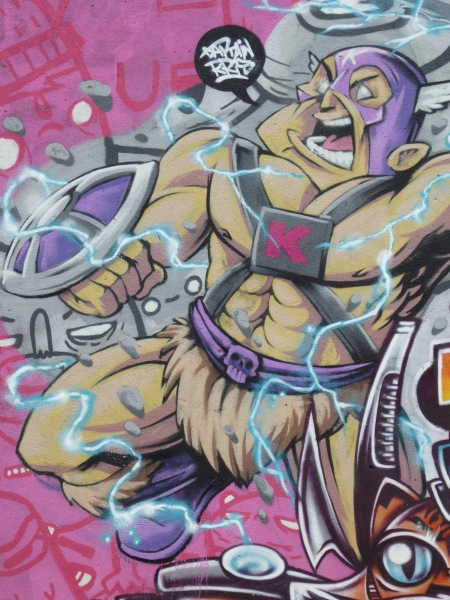 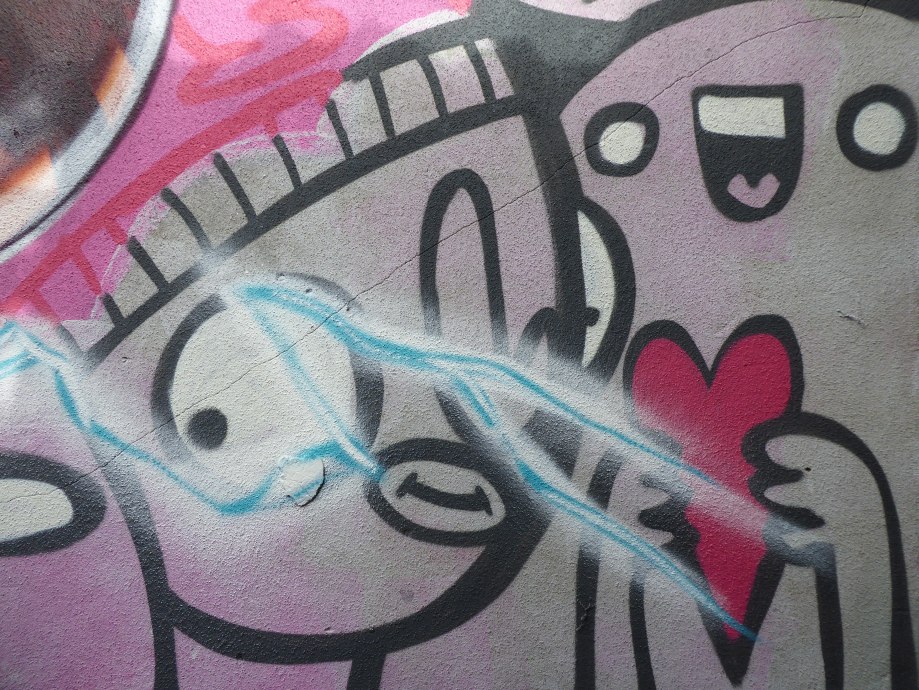 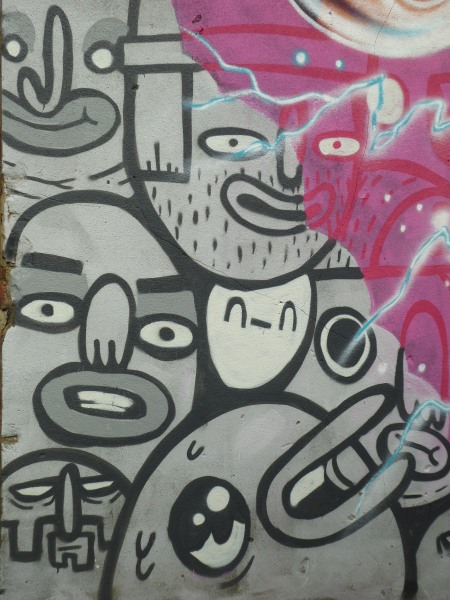 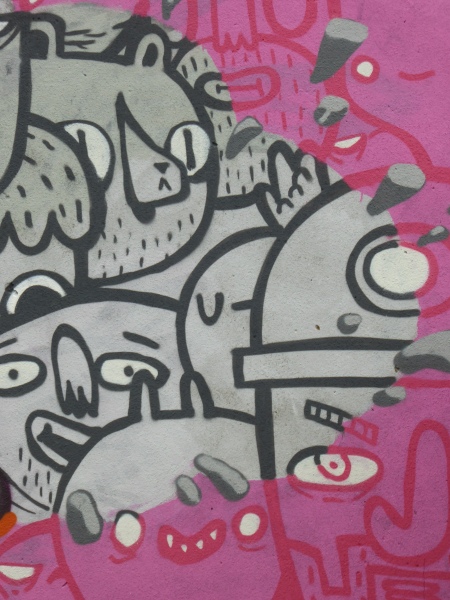 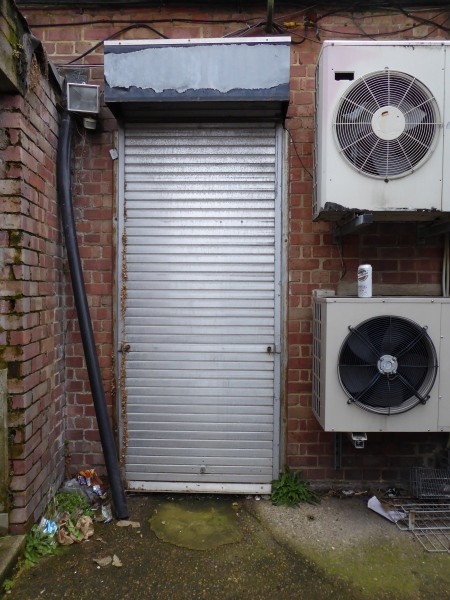 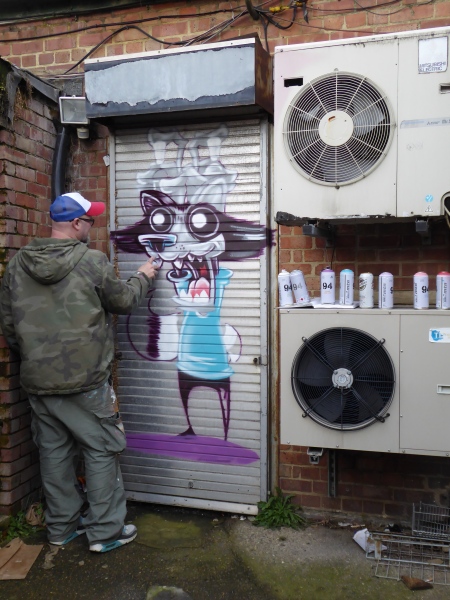 SPZer076 at work on a second piece in ‘Secret Penge’. 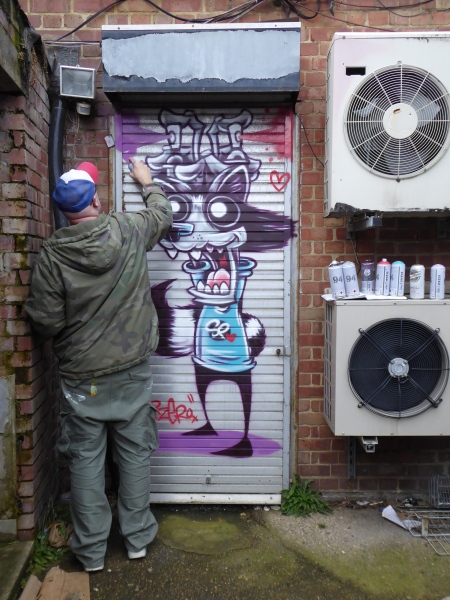 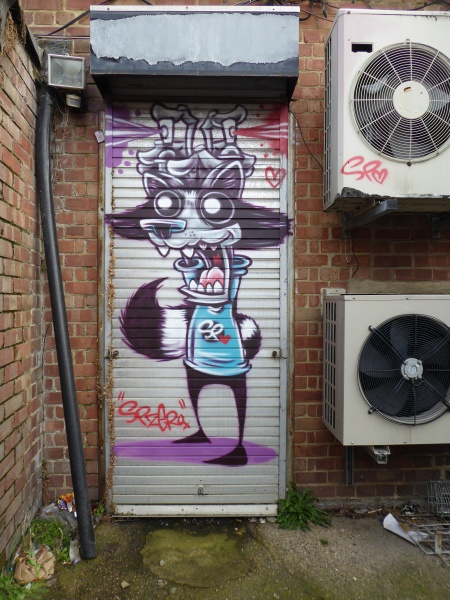 The fantastic finished piece set so perfectly in his corner of ‘Secret Penge’. 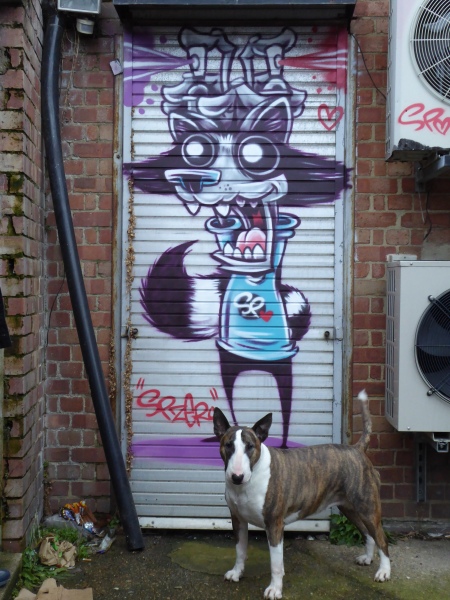 Work by SPZero76 with Molly on modelling duties.