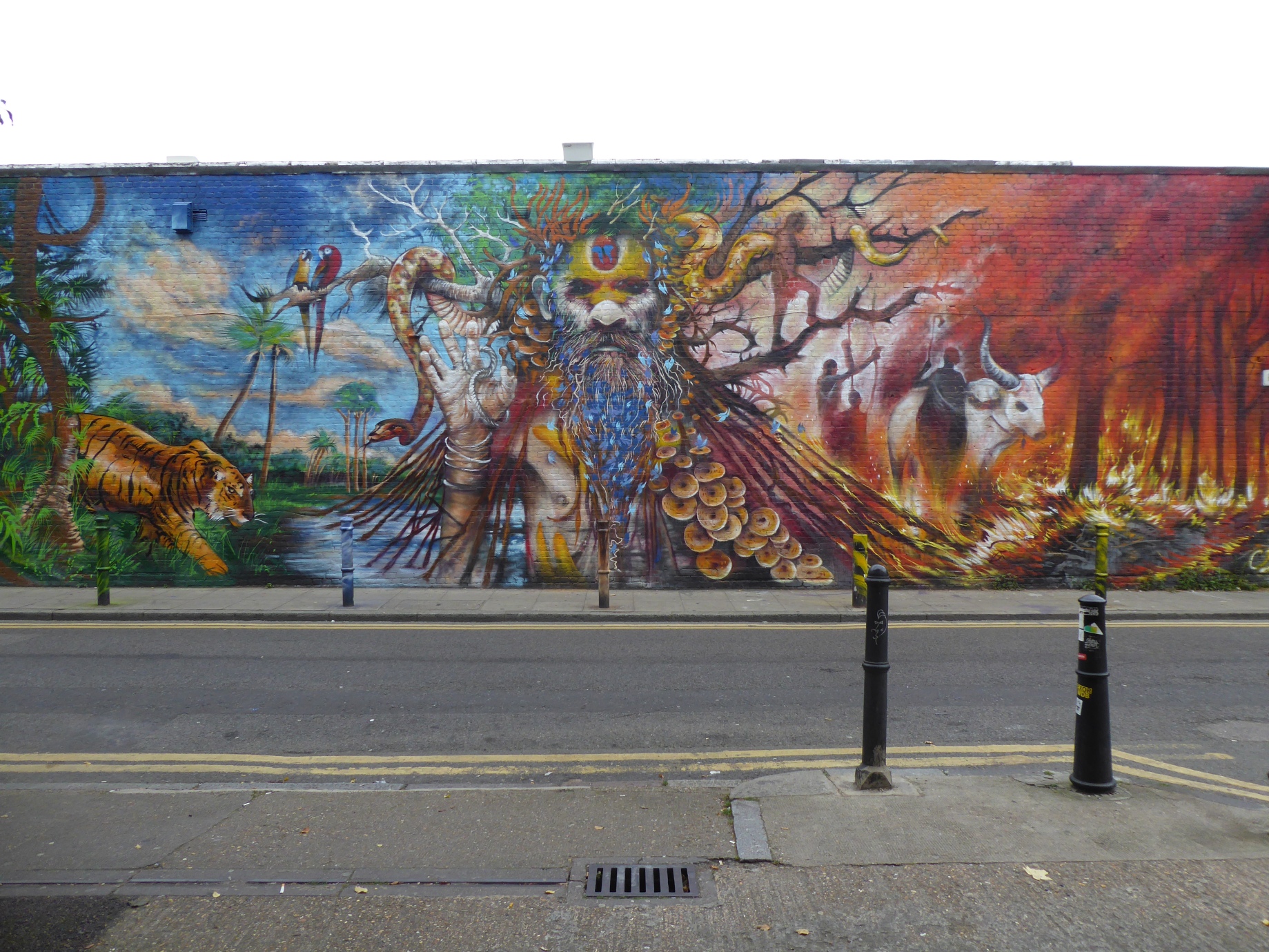 A few weeks back saw Street Artist Jim Vision take to Hanbury Street, Brick Lane, to paint the large wall owned by the cash and carry behind this canvas which has not been painted in its entirety with a single piece since 2015. Certainly the largest work we have seen placed up around London this year and what a fantastic work it is, with a monster effort put in by Jim Vision. The piece is entitled ‘Paradise Lost’ and depicts as the name suggests a scene in which paradise as represented on the left is a scene of natural contentment and harmony is the turned into a scene of destruction consumed by the merciless fire damage. Taking center stage is a tribal warrior whose vary form is merged with the natural world he has lost, offering a stark reminder of the plight mankind has reeked to the natural environment and what has been lost and is also set to be lost in time. 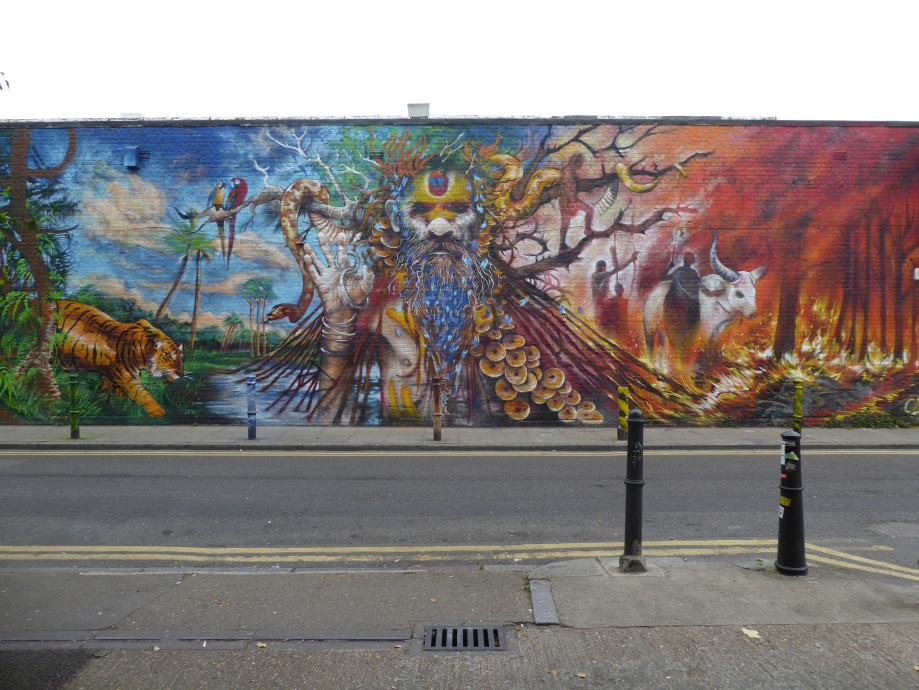 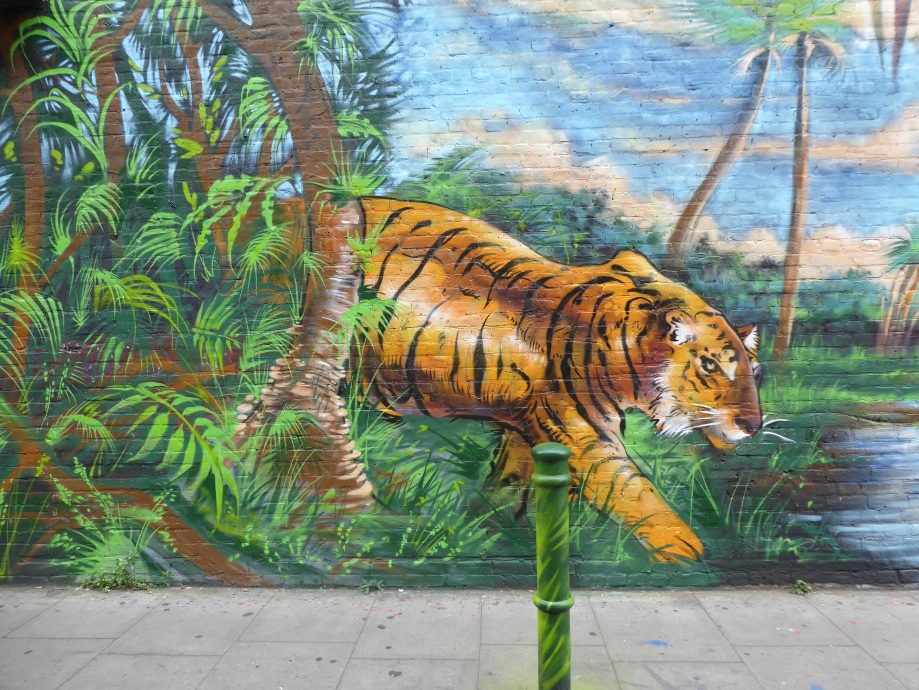 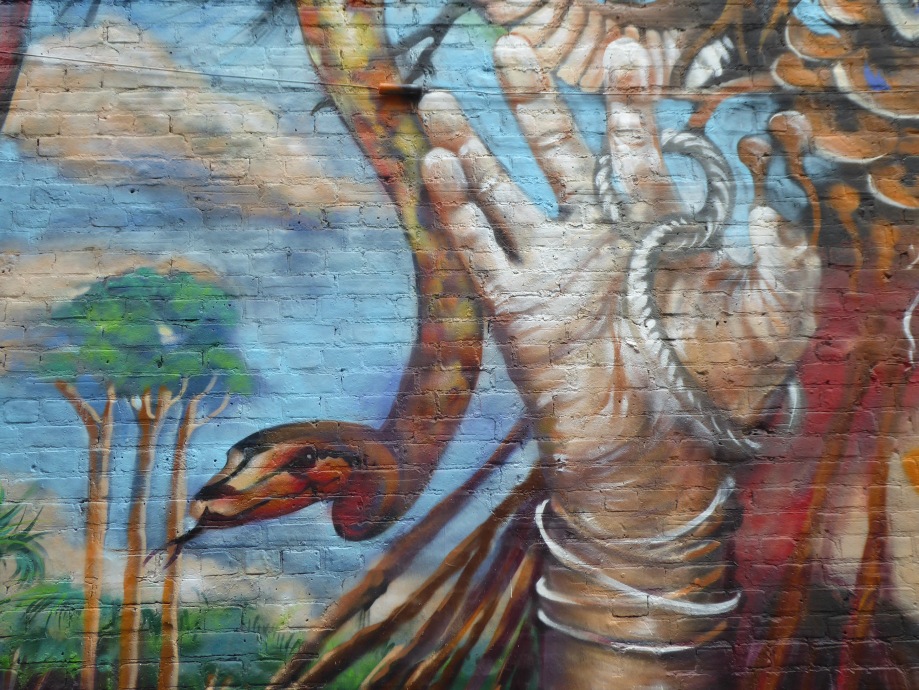 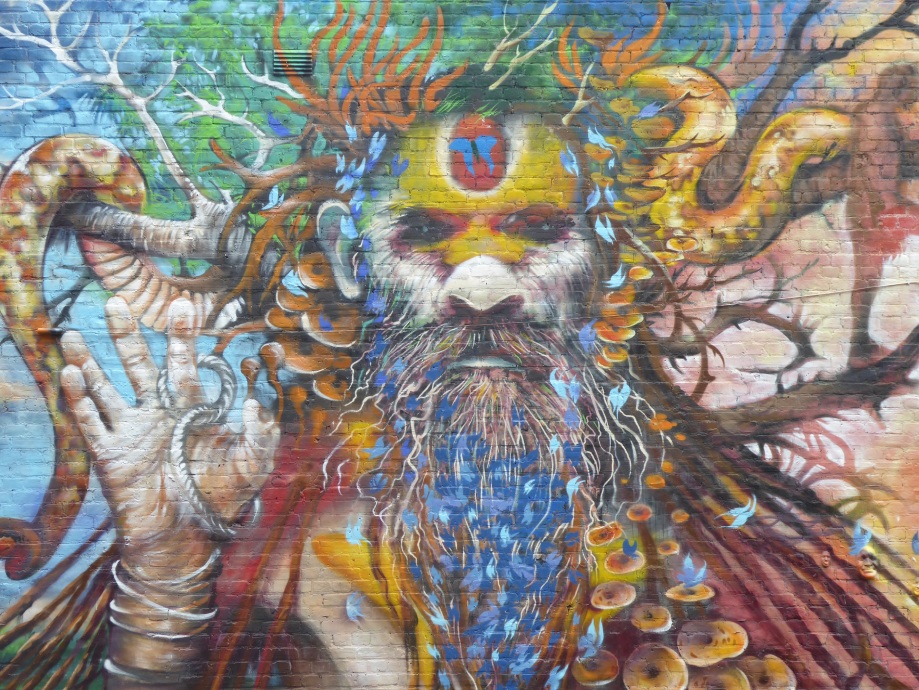 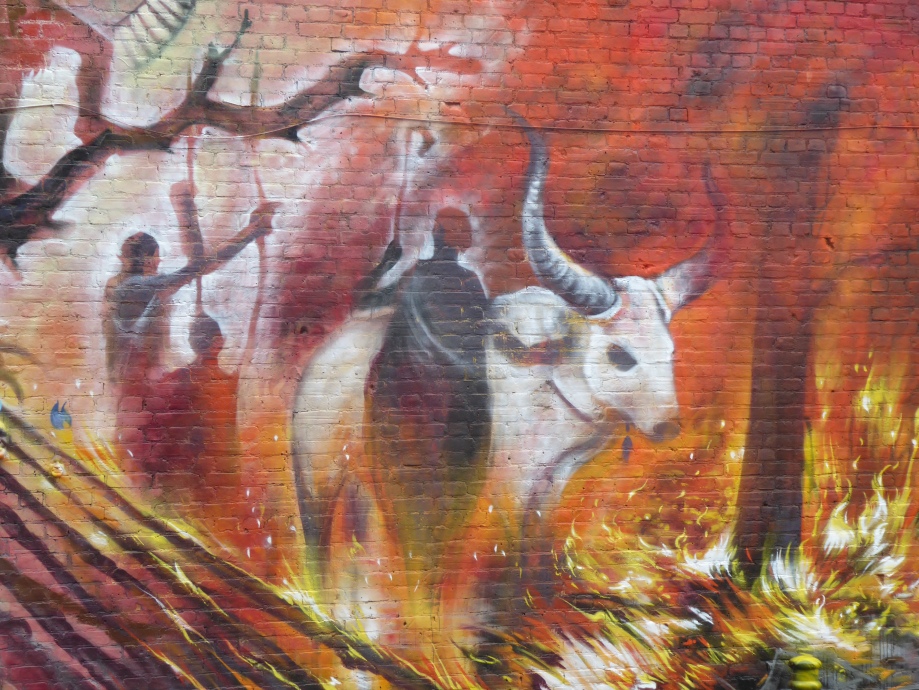 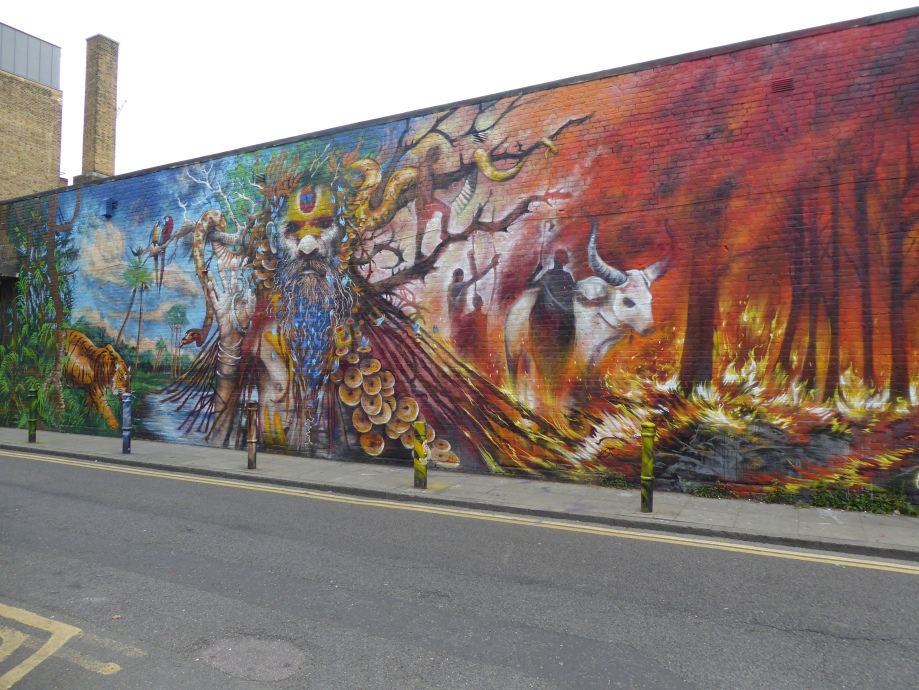 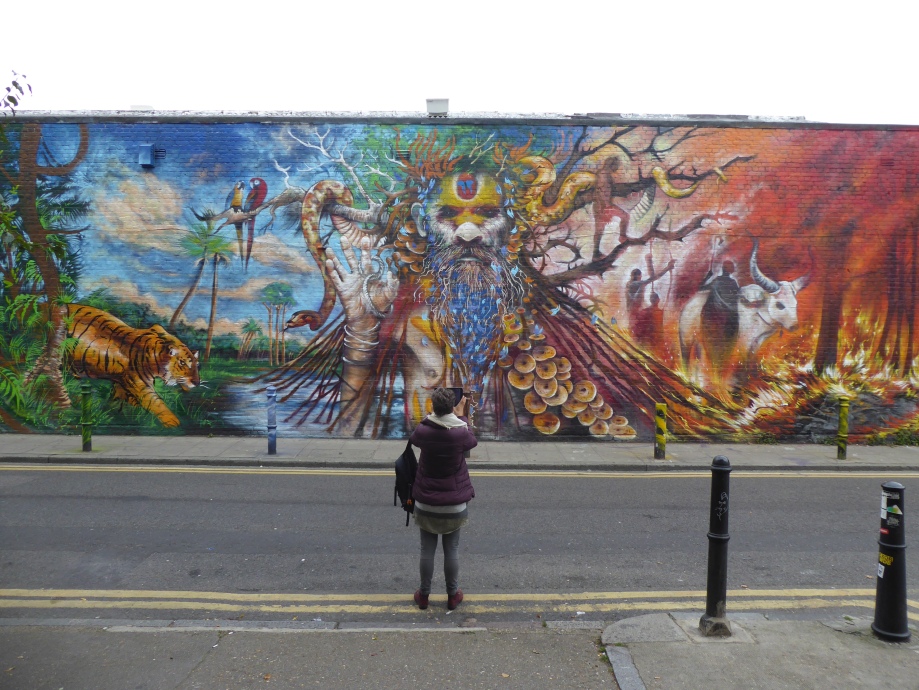 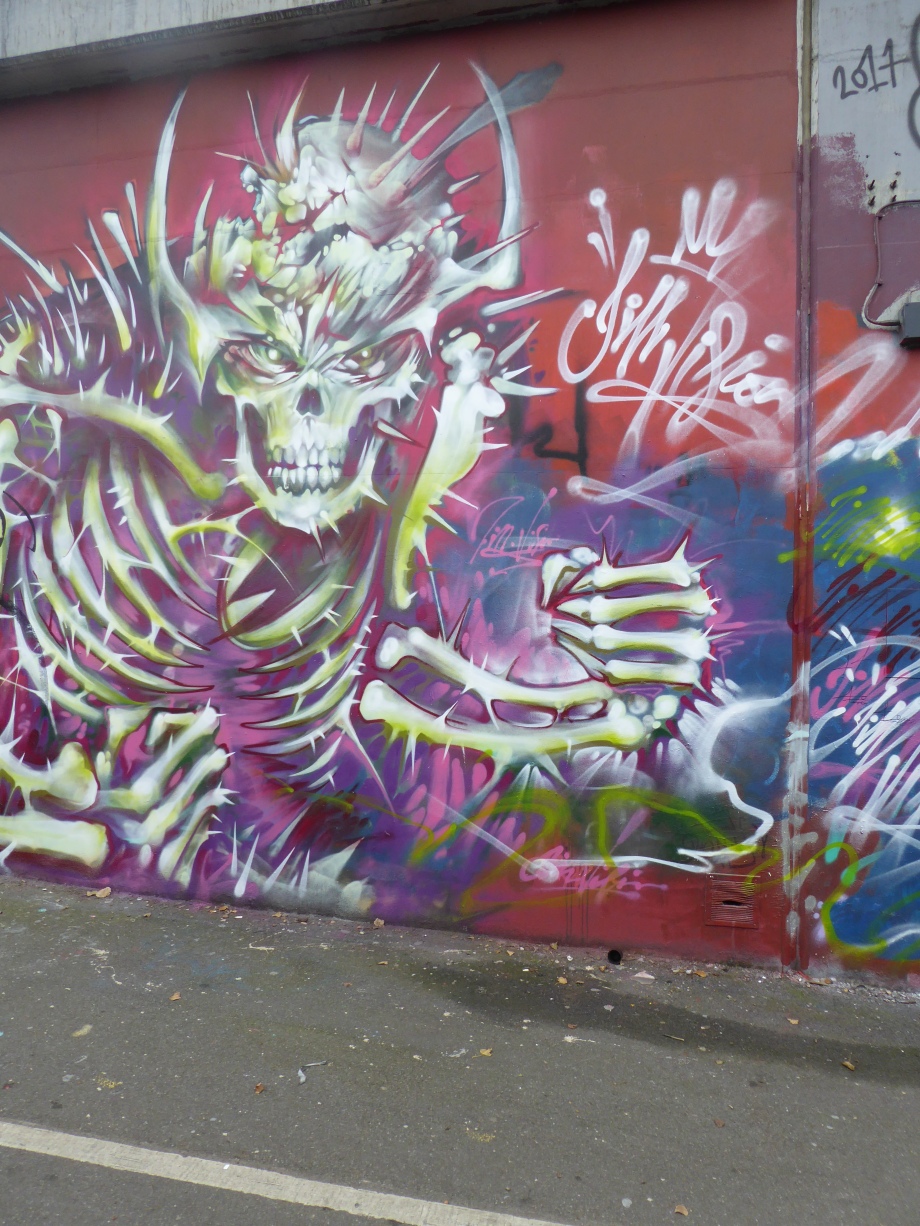