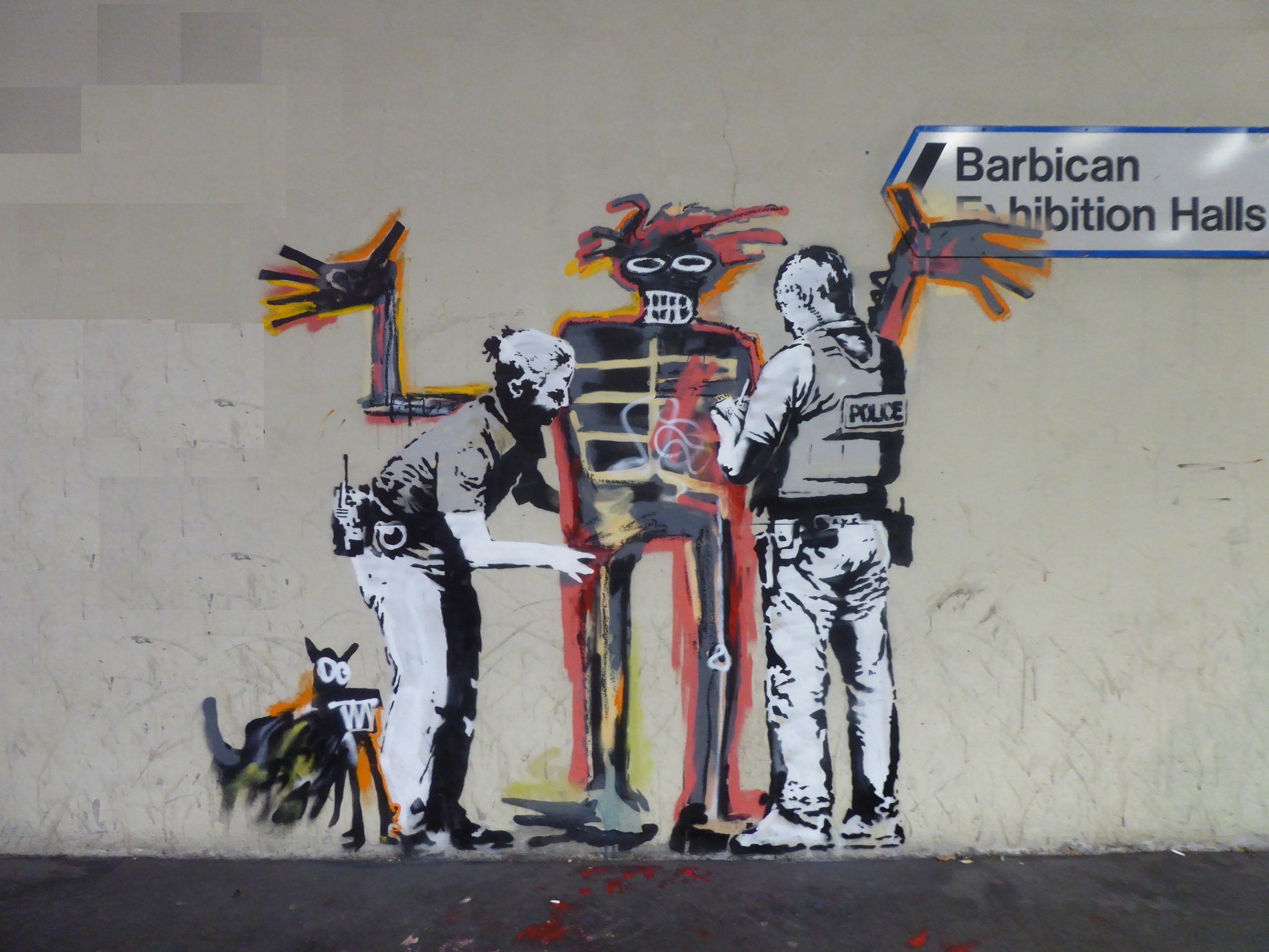 Well it’s been a while, but a few weeks back saw saw the arrival in London of Street Artist Banksy’s latest stencil works, and it has unsurprisingly attracted quite a bit of attention. The duo of works both paying homage New York Street Artist pioneer Jean-Michel Basquiat were placed up just around the corner from the Barbican Centre a few days ahead of the current exhibition ‘Basquiat: Boom For Real’ which is the first UK arge-scale exhibition of the artists work, with pieces have been donated from museums, galleries and private collections from all around the world.

As is always the case with fresh Banksy’s works you have to be quick to catch them in their full glory, before they are either, defaced, removed or covered in perspex – which in this occasion was the course of action taken by the local council, demonstrating the almost limitless scope Banksy now possesses to paint where ever he wishes. These works can currently be found in Golden Lane, just around the corner from the Barbican Centre.

The larger of the two works depicts a pair of characters by Basquiat – namely a skeletal figure and accompanying dog presented in a distinctly deconstructed format and originally from a piece painted in 1982 by Basquiat. In turn the pair are being stop and searched by the very distinctly Banksy style police officers, one male and one female, harassing those who are different.

The smaller second addition to Golden Lane with a fun fair scene in which each carriage is depicted as a crown – Basquiat’s most iconic symbol, something that has been appropriated by countless artists around the world to proclaim their status in the realm of Street Art.