One last thing we wish to take a look at from our recent visit to Bristol is the excellent array of works to be spied about town from Austrian Street Art Ceramicist Chinagirl Tile, who over the last two years has certainly left her mark. Through her work ChinaGirl Tile aptly considers herself an ‘Activist Artist’, setting to create a series of ‘Interventions’ aiming to make people think about the world around them. Beyond the message underlying her works, is the exceptional labour intensive hard work that goes into every single Tile she creates, something which could easily be dismissed upon seeing such subtle creations on the Street. ChinaGirl Tile spends several weeks working on each design, in a process that starts with her sketching out her design, then rolling out her clay and marking the detail with a knife, which has to be left for at least three weeks to rest, as if the clay isn’t completely dry it will burst in the kiln. At this stage any colour is added to her design with ceramic glazing paint, which is powder and water based substance, then fired for a second time in the kiln at temperatures of 900 °C and then again requiring at least a couple of days to dry. 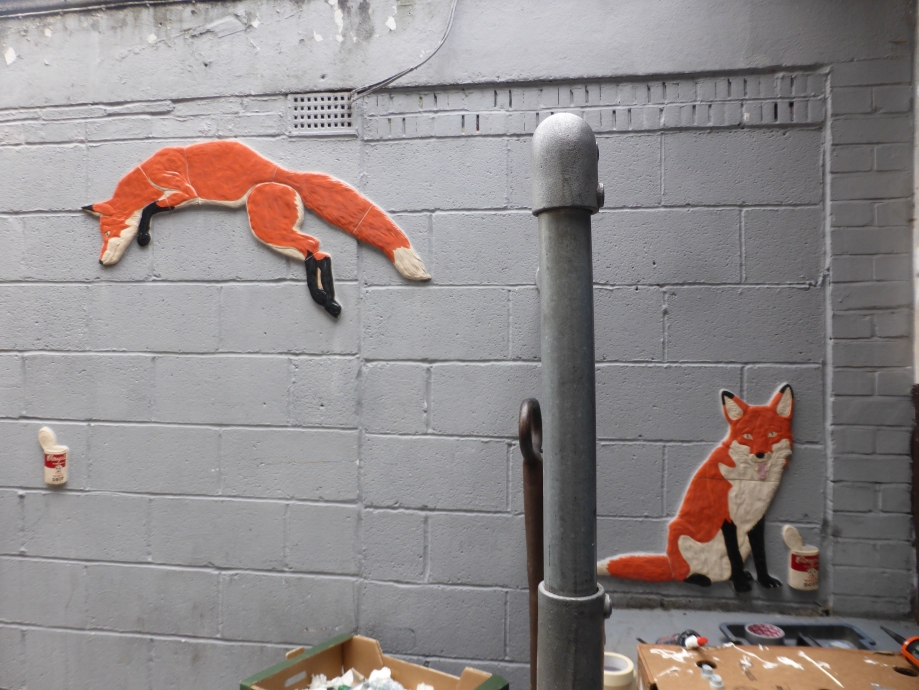 Work in the Hen & Chicken pub garden from Upfest 2016. 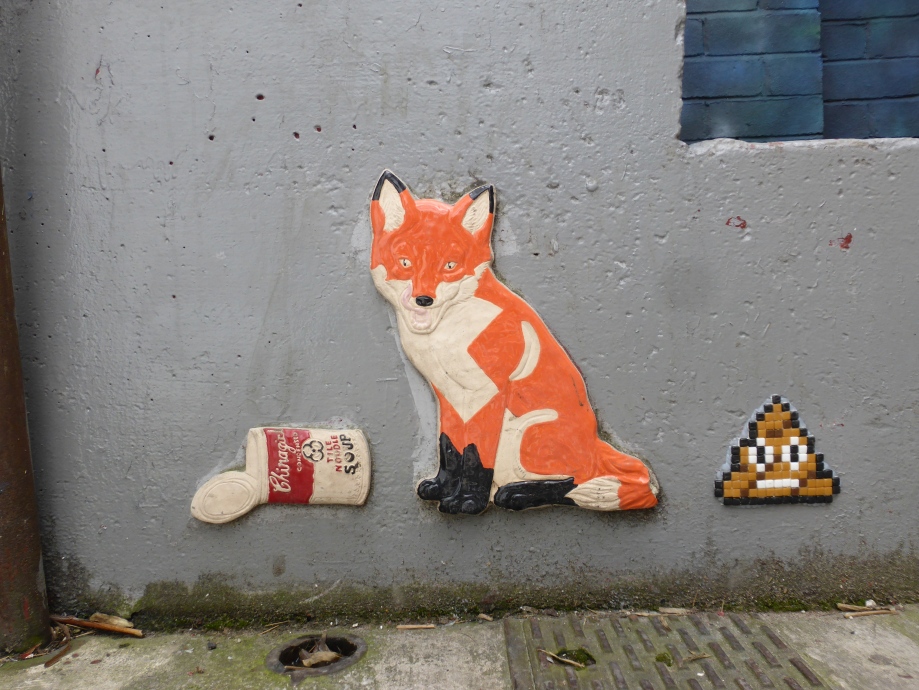 Work in the Hen & Chicken pub garden from Upfest 2016, with an addition to the right from Angus place up for Upfest 2017. 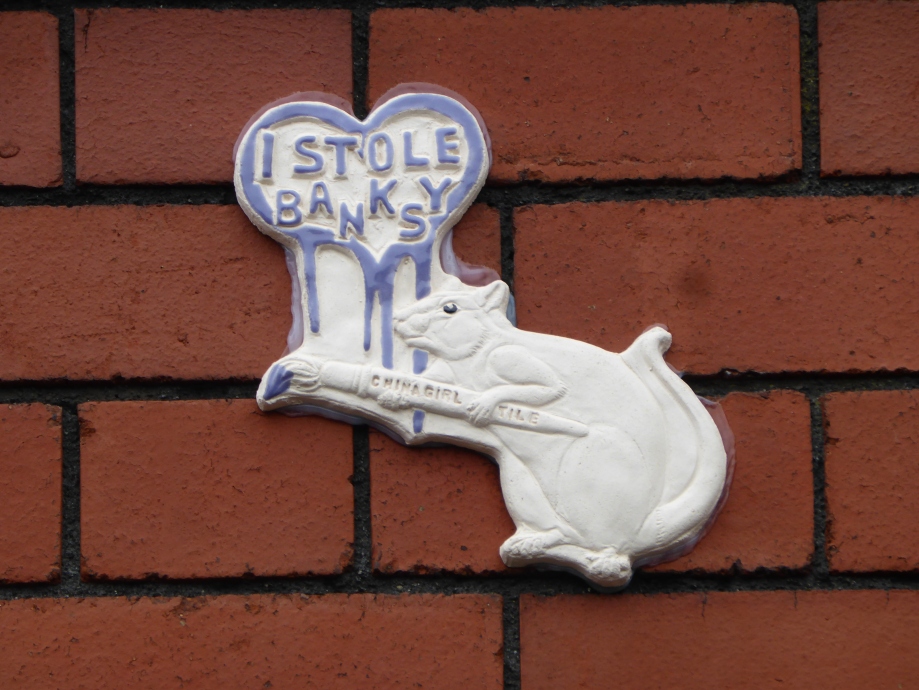 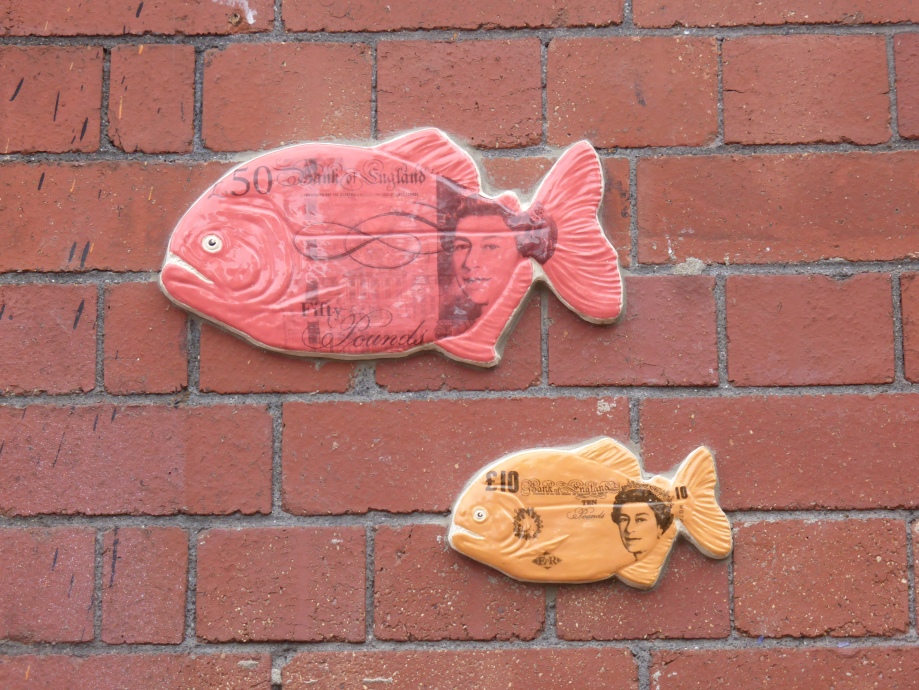 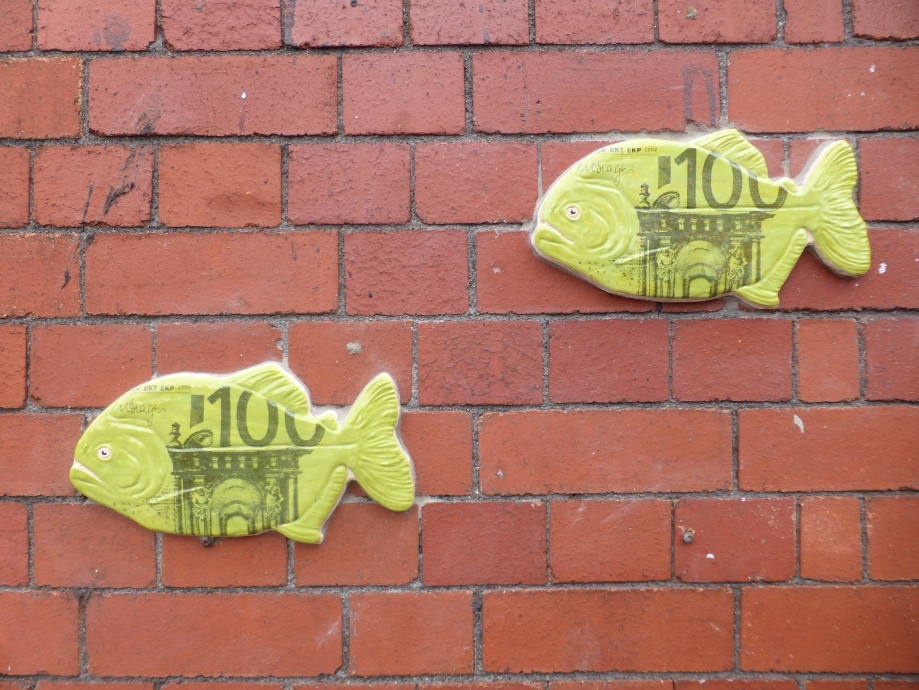 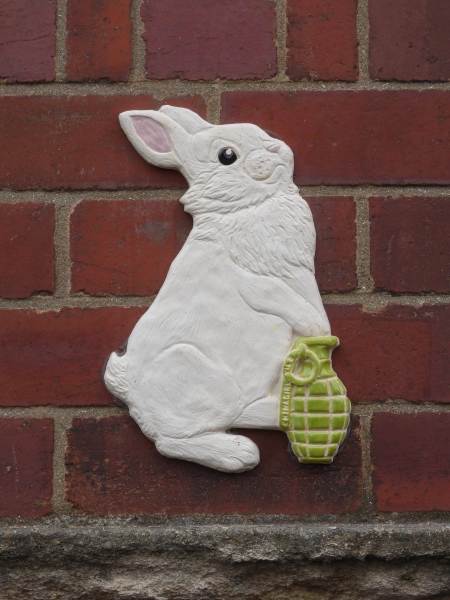 Work by Chinagirl Tile for Upfest 2017.

Work by Chinagirl Tile placed up in Jamaica Street, Stokes Croft whilst over for Upfest 2017.

This work placed up in Jamaica Street, Stokes Croft whilst over for Upfest 2016, is so well suited to the buildings existing facade.

One comment on “Chinagirl Tile Street Art In Bristol”