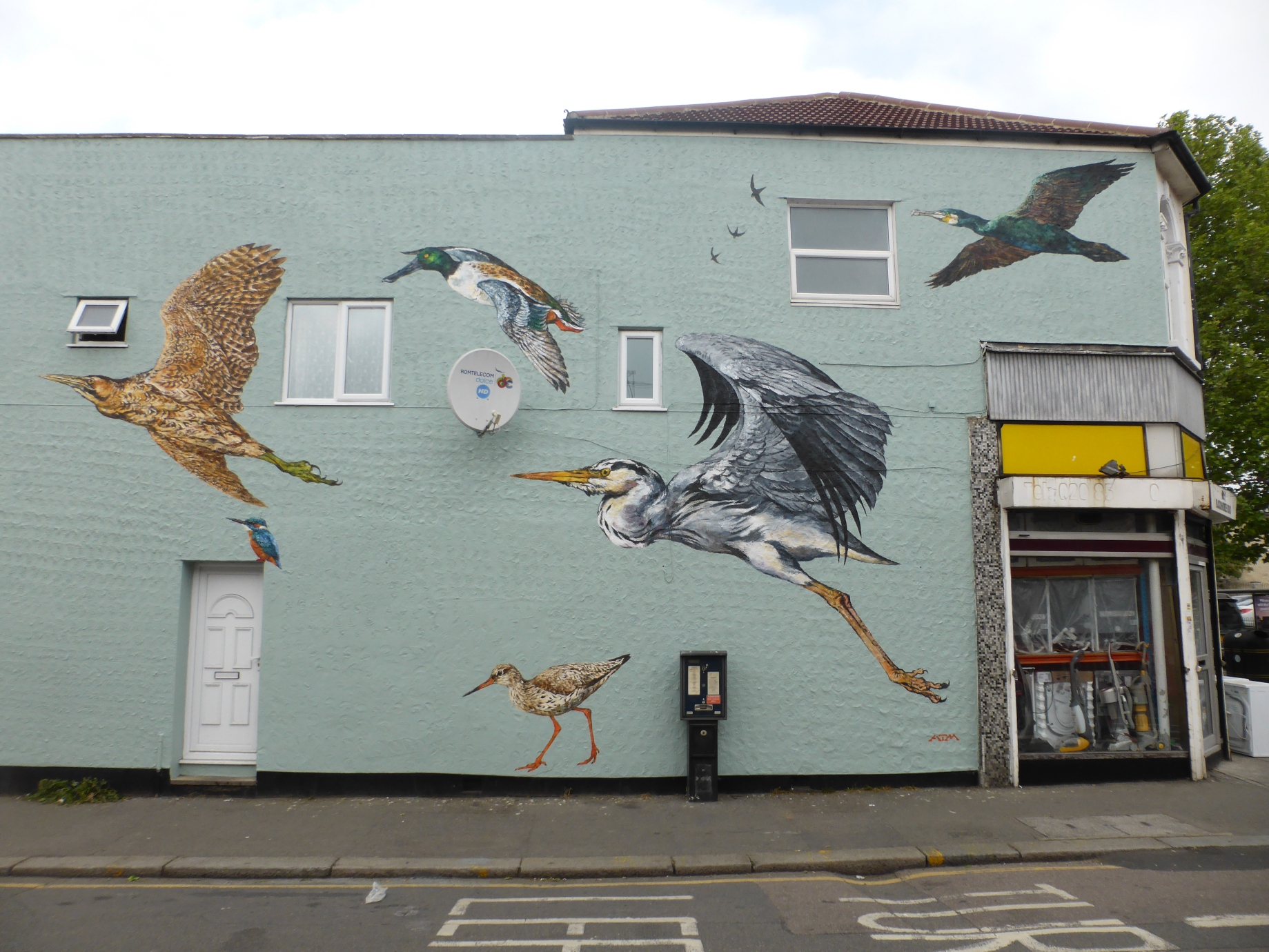 A little while back saw Street Artist ATM, an artist who we admire very much, take to Walthamstow to add what is currently his fourth mural in the area and certainly his largest work of yet, there or anywhere in London. The work is so realistic and in true ATM style, larger than life and constructed in a beautiful painterly style. Created entirely by brush work, you really can see the rich textured effect and harmonious blending of colours that bring his subjects to life. Contrasting to the ATM’s predilection of depicting his subjects simply standing in front of you, showing a more sedate and natural depiction of creatures that should fit comfortably into the immediate environment, on this occasion ATM has painted seven different birds in which all but one are depicted in a state of flight or walking.

The seven birds in question and the wall in general were added to this superb space in Coppermill Lane, Walthamstow were placed up to mark the gateway to the new Walthamstow Wetlands which is set to be completed later this year and will herald the largest project of its kind throughout Europe, creating a new eco-system for species such as those painted by ATM to thrive. Certainly a great painitng for a most-worth cause. 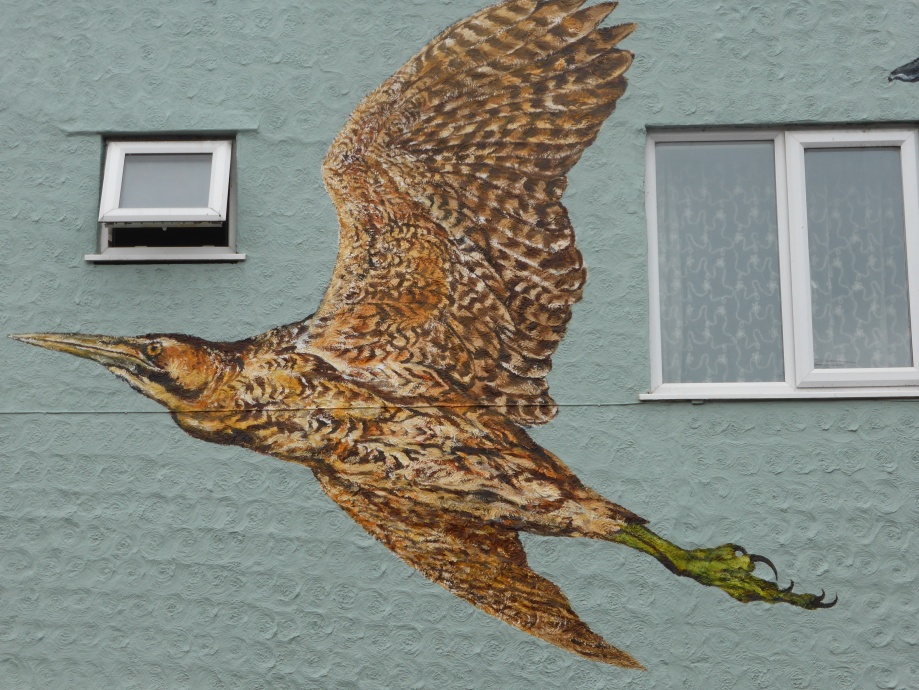 Work of a Redshank. 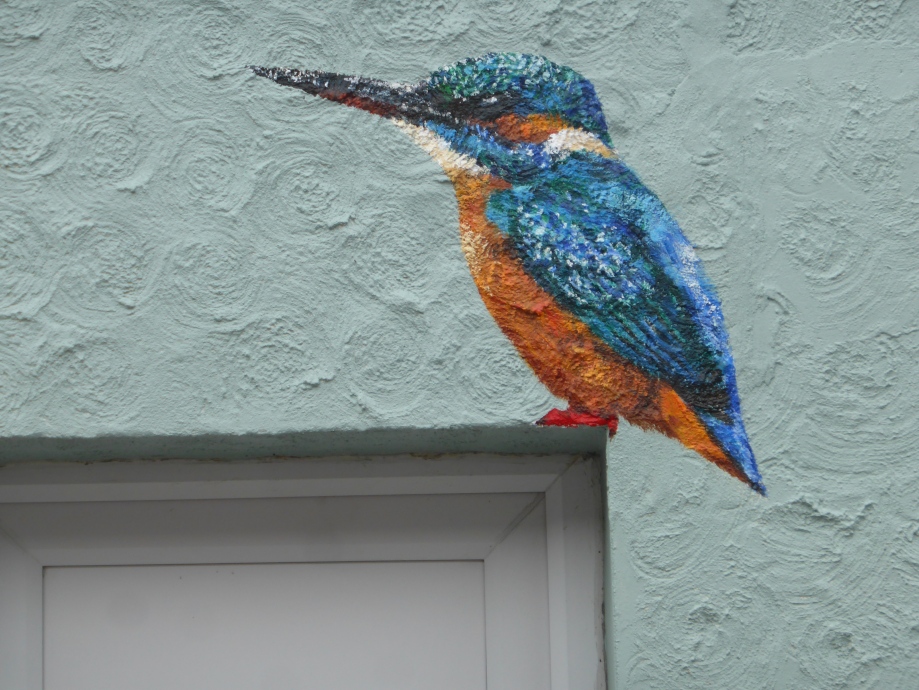 Work of a Kingfisher.

Work of a Shoveler.

Work of a Heron. 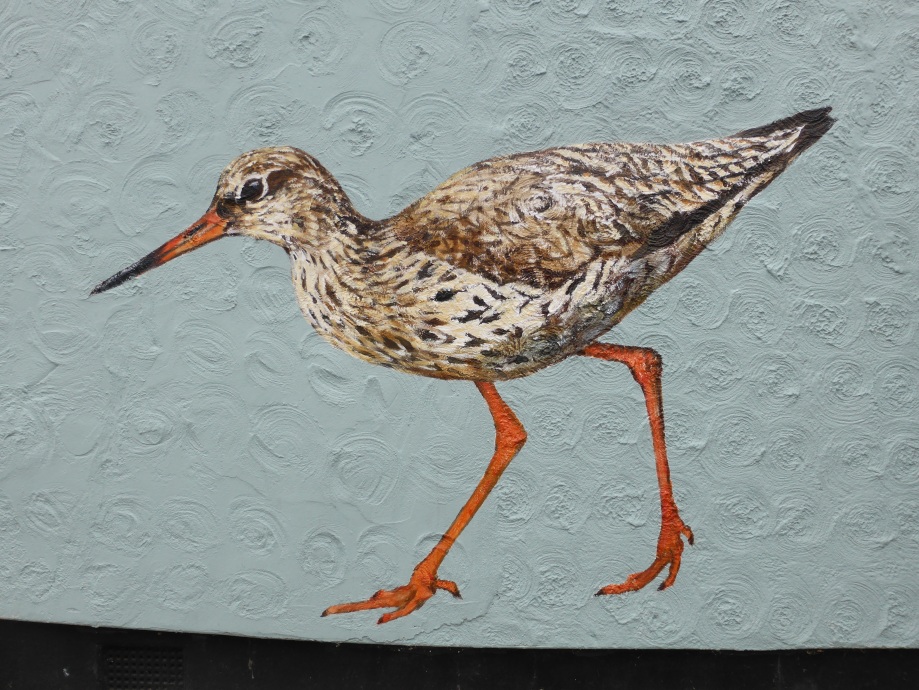 Work of a Bittern. 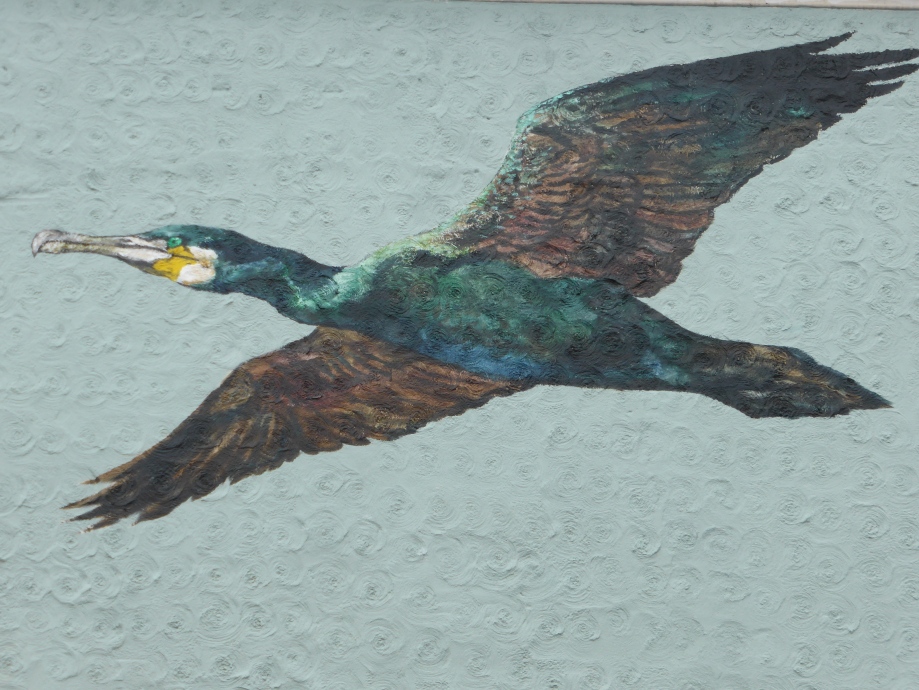 Work of a Cormorant.