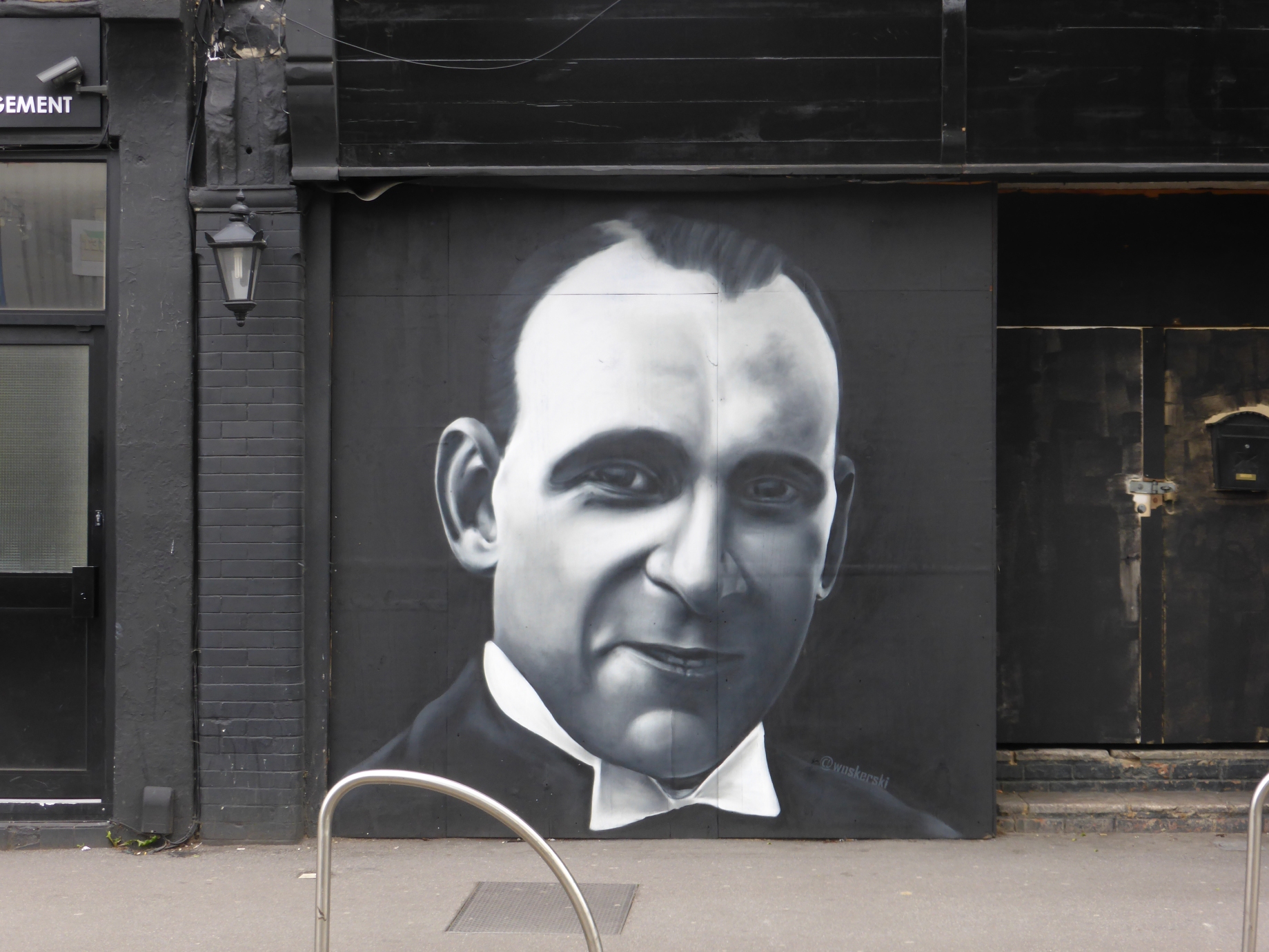 Last  month saw Street Artist Woskerksi who has certainly been very proactive of late, hit the streets of Walthamstow and lay out a pair of fantastic portraits around the area. Very much an artist with quite a range in subjects, with a current predilection towards portraits of subjects squashed against glass and hyper-realistic anarchic teddy bears all depicted in such a delicate rich textured style which brings his subjects and works very much to life. It is however a pair of portraits – one of a squashed up face set to burst out of the wall it adorns and a striking Grey-scale portrait with a much more sedate tone about it. These works were both put up with support from Wood Street Walls. 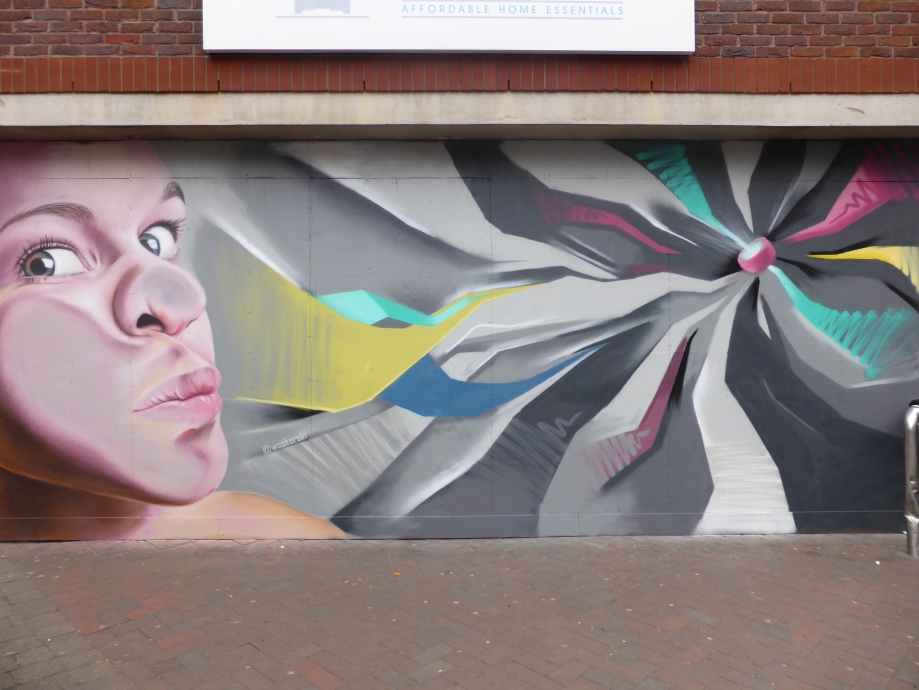 Superb portraiture with such a sense of fun about it, accompanied by some rather funky pattern work and on display in Walthamstow Central market. 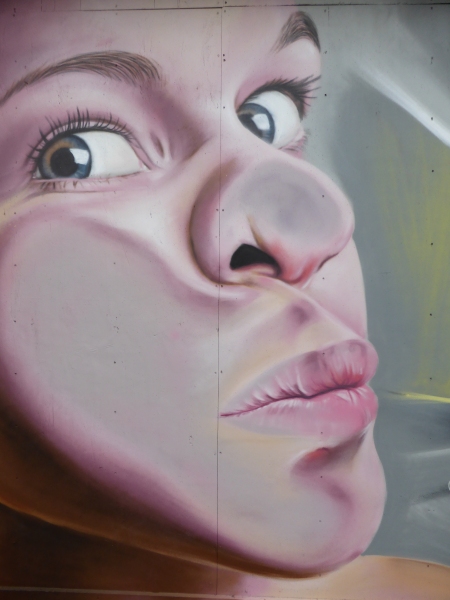 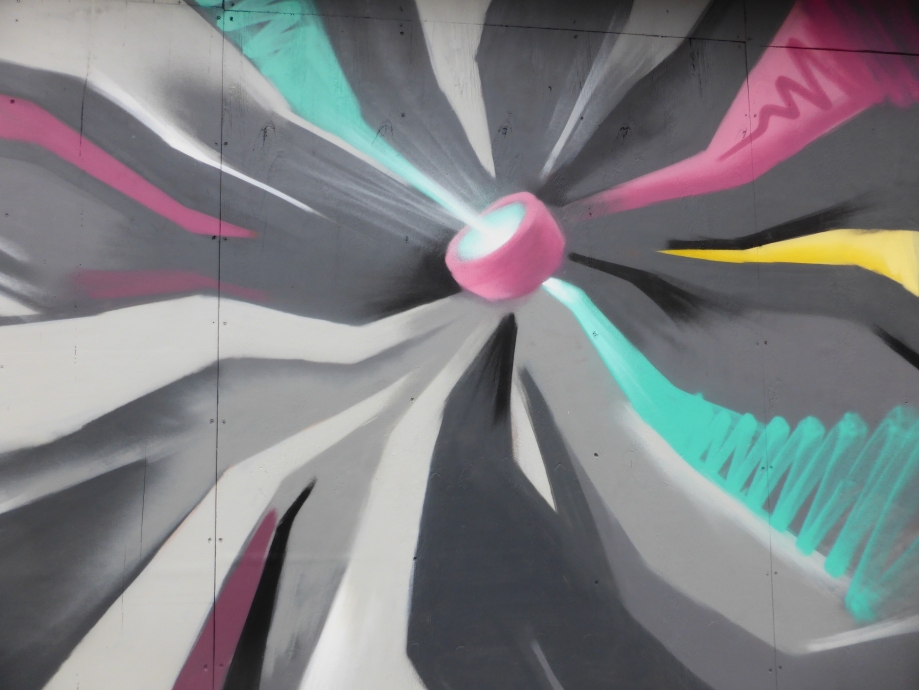 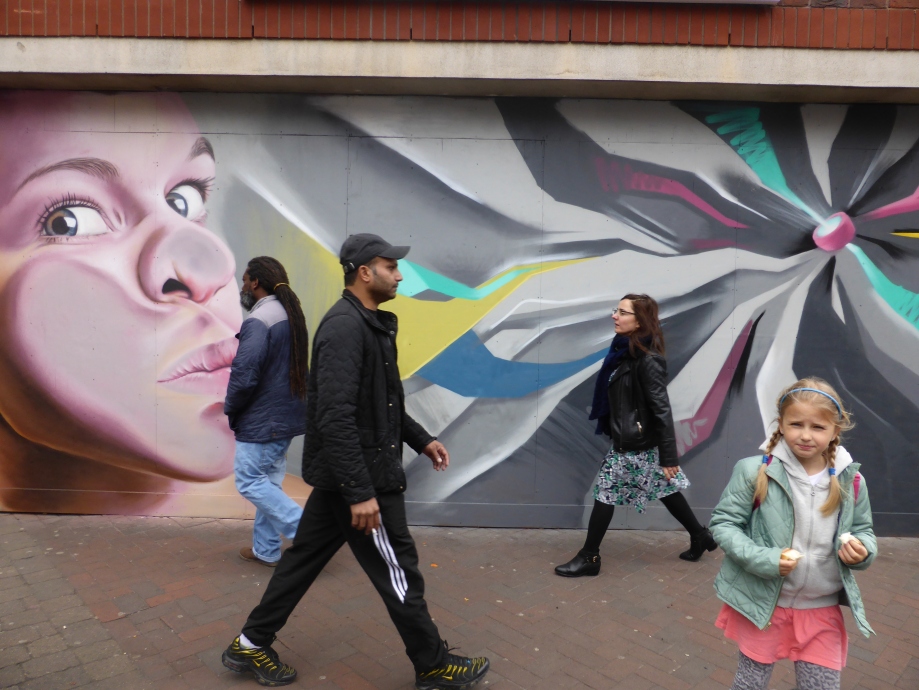 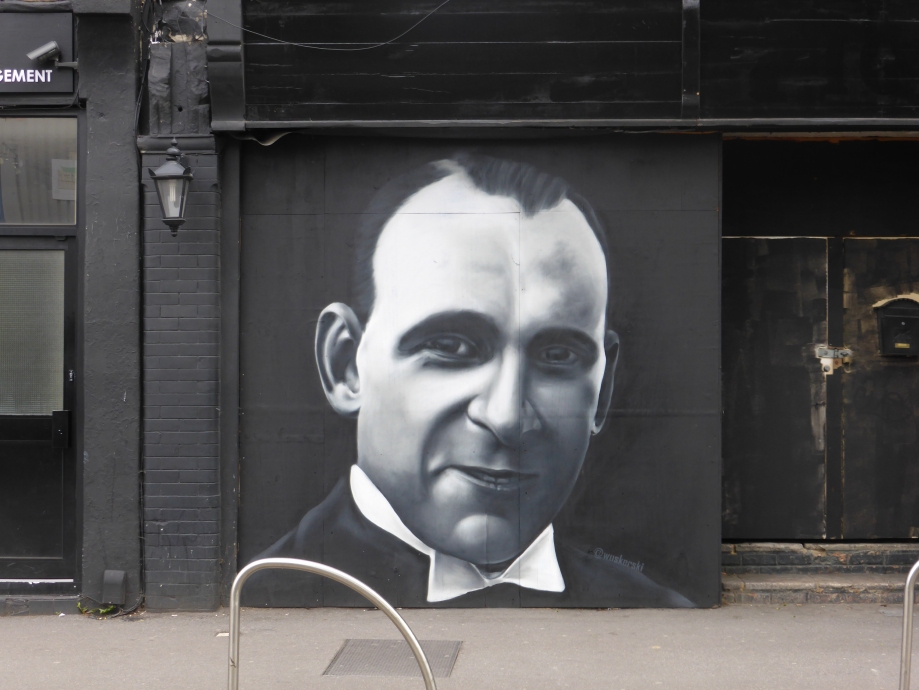 Excellent work portraying British film director Walter West who made films from 1916-1938, it is only apt that a man who made black & white films should be portrayed in such a colour palette. This work can be found in Wood Street. 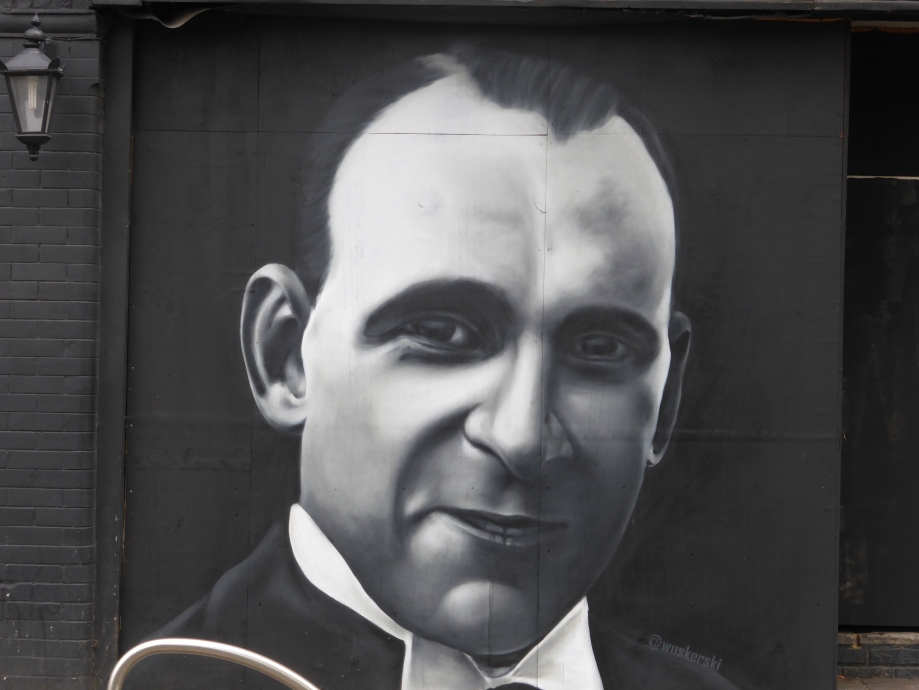 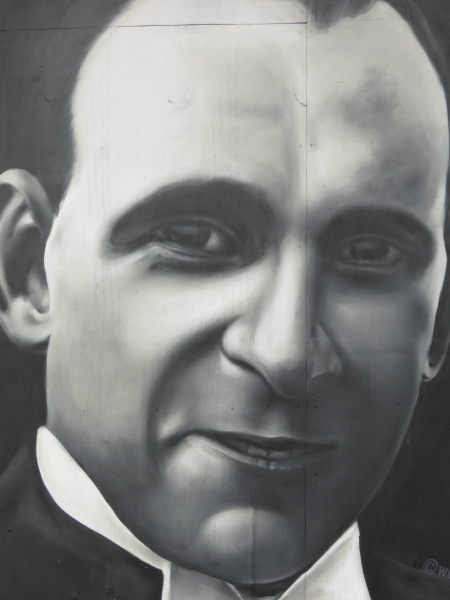 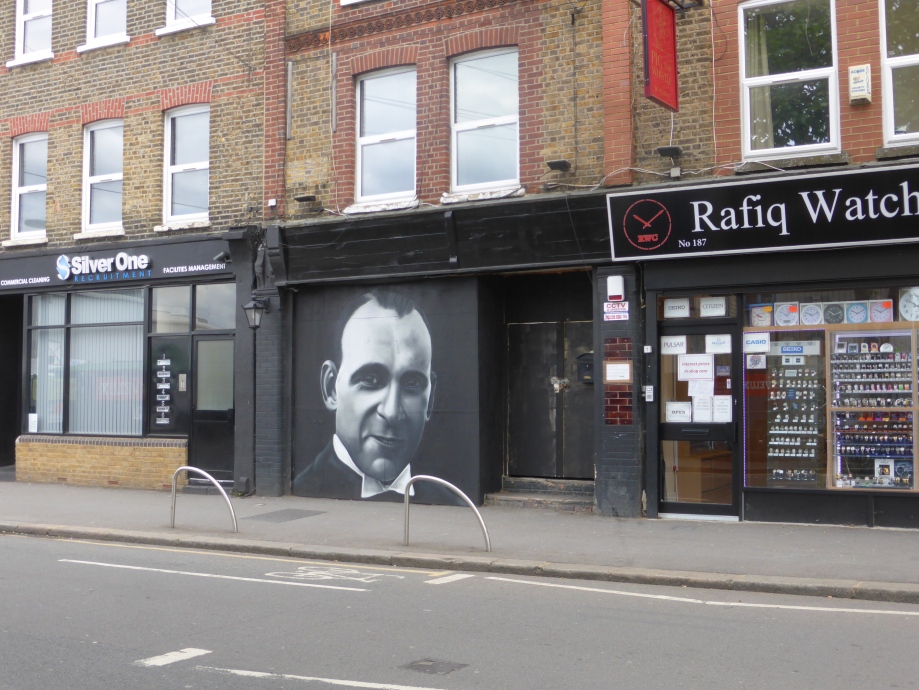