Last Thursday night at the Westbank Gallery in Ladbroke Grove, Chilean born, but London based Street Artist Otto Schade’s latest exhibition ‘Extinction-Extension’  opened and it is certainly worth a visit. Otto Schade was born in Chile. where he initially studied Architecture at the Bio Bio University and Construction and Design Architecture in Concepcion, Chile. In his career as a successful architect, he has been awarded for both public and private projects. Artistically Otto has always felt a fascination for the Surrealists, and this influence has made Otto turn his creative skills to painting, something which has lead him on a journey painting around the world.

Otto’s painting styles range from the abstract and surreal to the stark and brutal. The themes behind his compositions read in a personal, metaphorical sense with a sharp, ironic touch, with his works offering a combination of the creative and fun with his ‘ribbon’ effect style creations which offer so much depth and intricacy to look at and lose yourself in, offering a glimpse at his former career as an architect. These are countered by his stark and powerful silhouette pieces, which really do just stop you in your tracks and provide something to think about.

This exhibition draws upon an even mix of these two prevalent styles which are both instantly recognizable as being the work of Osch with the exhibition featuring some sixteen works, all stencil and spray paint pieces presented on canvas. The show runs until July 13th so if you are in London over the next week head along for a great exhibition of Otto Schade’s works. 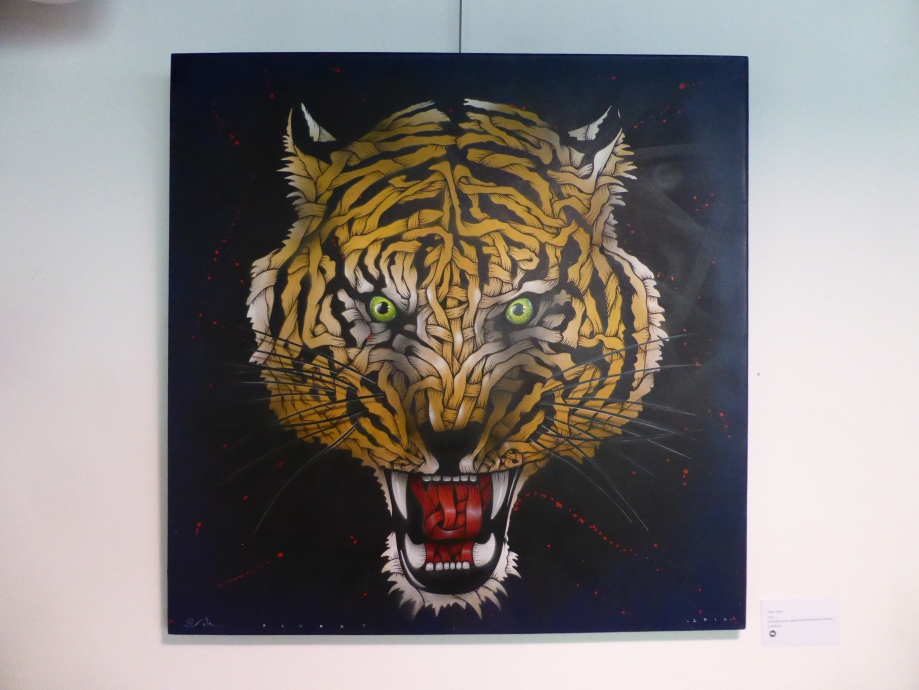 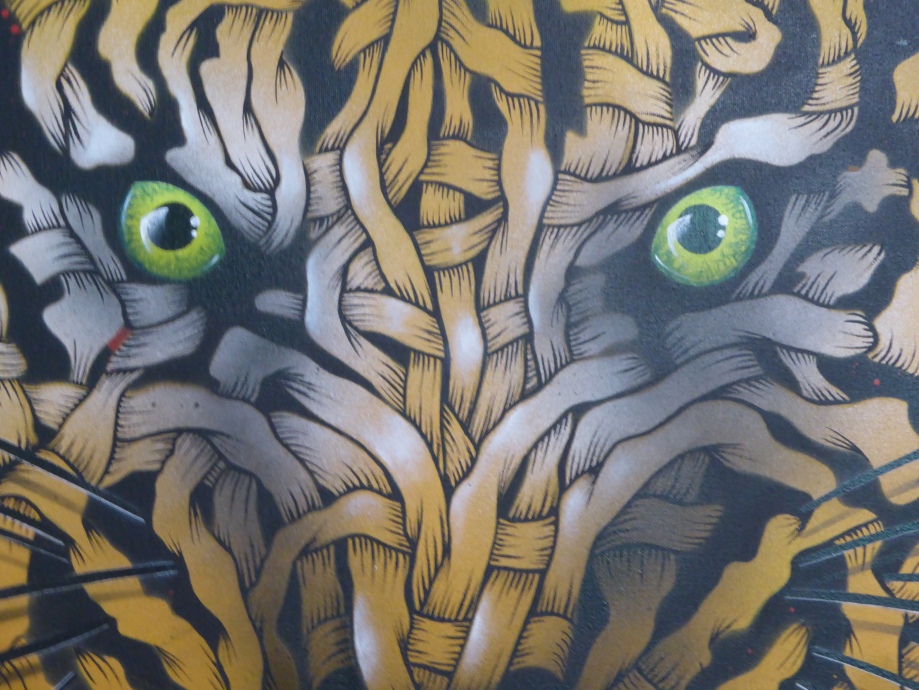 ‘Elephant Male’. Our favourite of the ribbon styled works in the show. 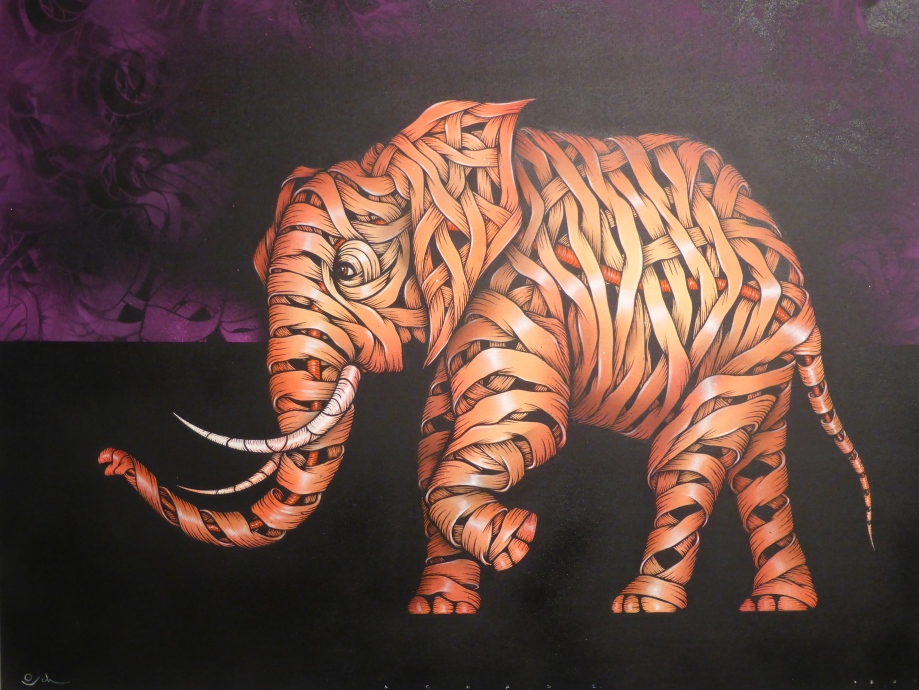 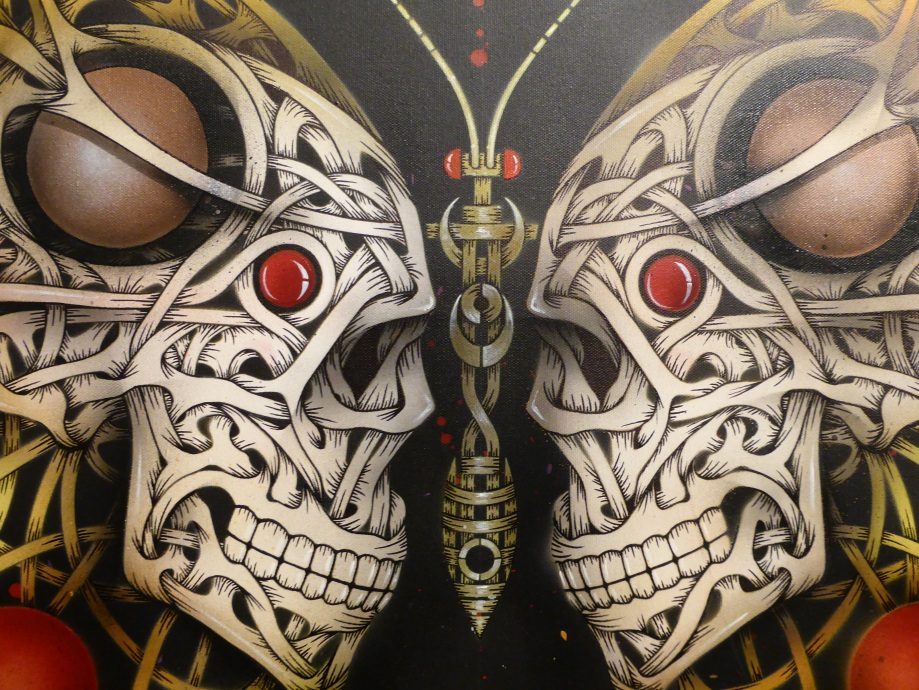 ‘No Destination’. Our favourite of the silhouette works from the show, truly a brutal and sad depiction of child soldiers and displaced children. 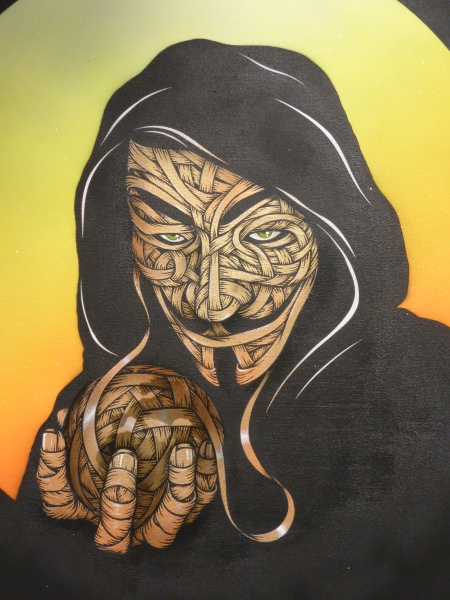 ‘Anonymosch’. An interesting piece, the only work in the show that fuses Otto Schade’s two main stencil styles with his distinct silhouette backdrop on this occasion featuring a ribbon design comprising a rather imposing and sinister Anonymous figure. 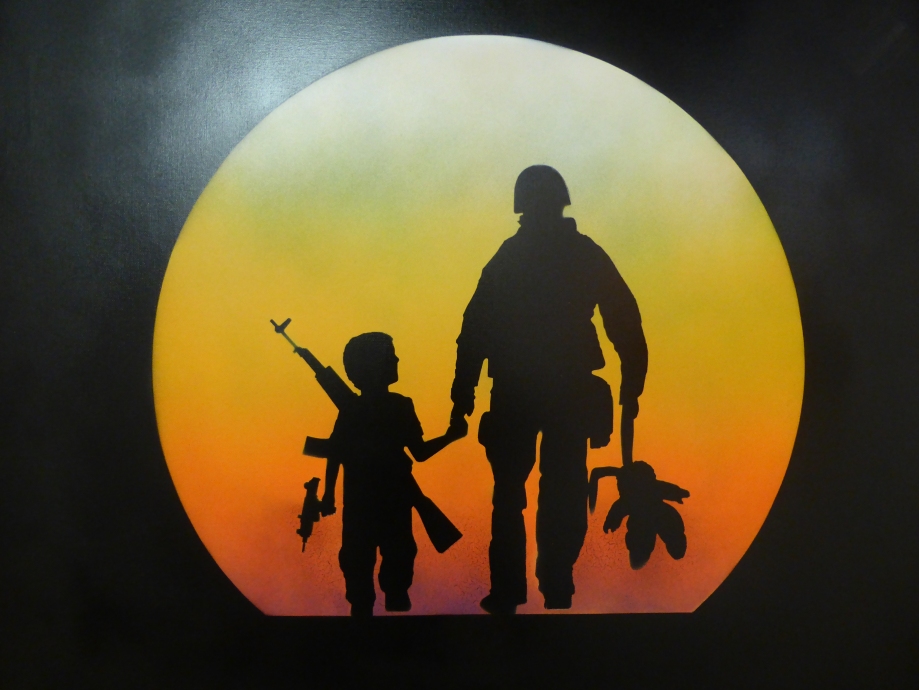 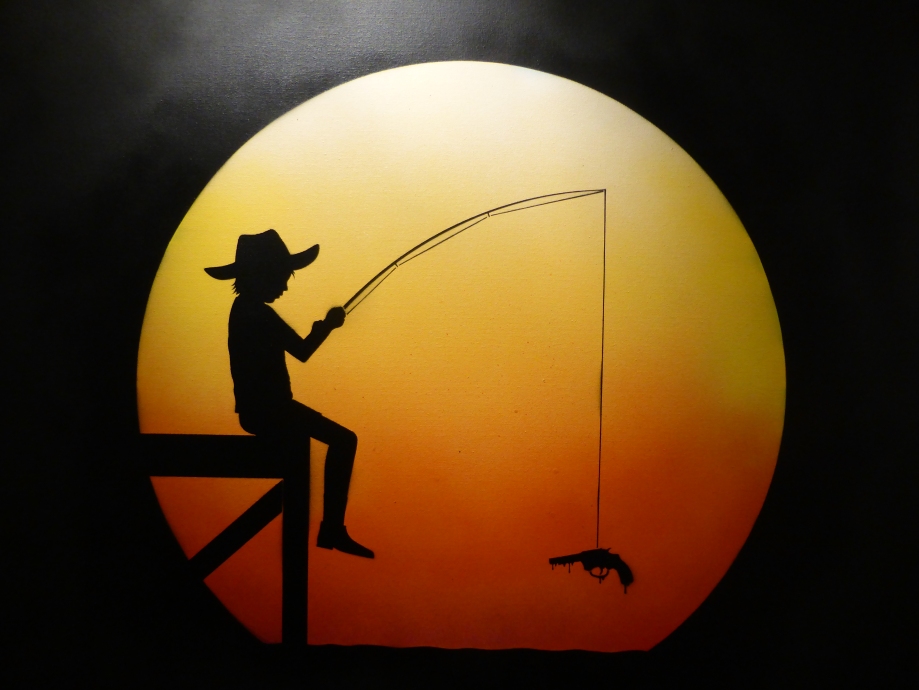 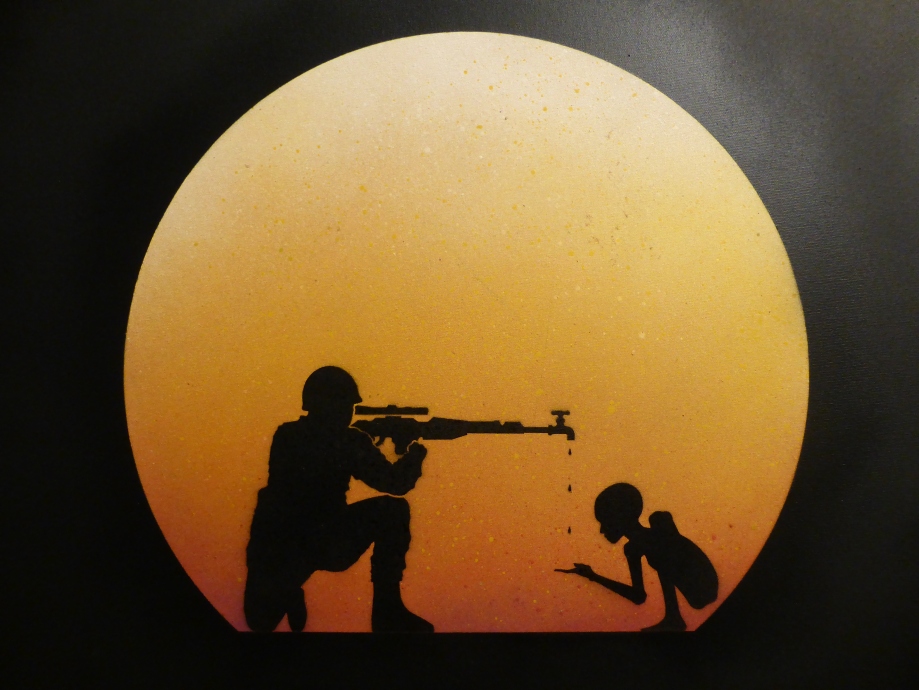