In our last post we took a look at the Illustrated 2016 event, run by Marc Farrington and held in the Old Truman Brewery in Brick Lane a few weeks back (covered here), of which one of the events was the Saturday night’s Secret Walls battle organized by Captain Kris, hosted by Hidden Street Of London and comprising Gums & Tongues vs Illus’16.

The Gums And Tongues team comprised trio The Real Dill, Obit & Dahkoh, all dressed for combat in their matching outfits reminiscent of the attire worn by British Forces in North Africa during the Second World War, but all the more so because as we were informed “beige is the new beige”, can’t argue with that. On the Illus’16 we had Jonathan ‘JayTen’ Perucho from London alongside Wade ‘Fish’ Thompson & Darren ‘Dart’ Downing both over from the States.

Over the course of 90 minutes each trio set to paint their respective boards with the use of Paint Pens (and a little bit of brush work) competing for the final vote  consisting of a vote from two judges and the use of a sound meter to hear the audiences cheers in the event of a tie. We are fortunate enough to get to see lots of artists painting live but it was certainly interesting to get to see some live drawing from such talented illustrators and all the more so as we always love to see collaborative works. An absolute pleasure to witness this process and the fun surrounding it. Scroll down to see how the works shaped up and find out who won.

90 minutes on the clock and battle commences with each side starting off. 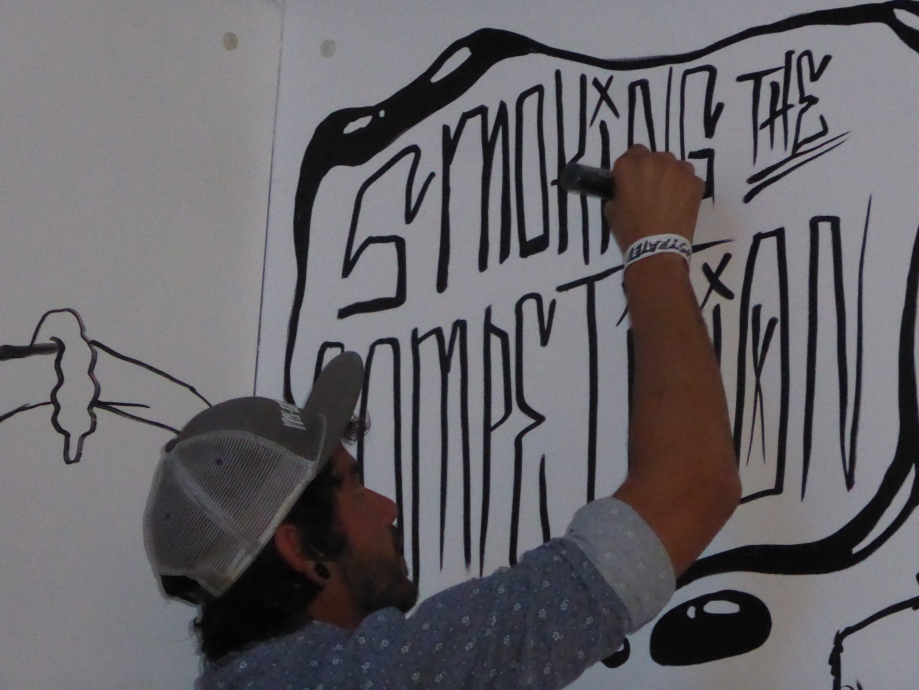 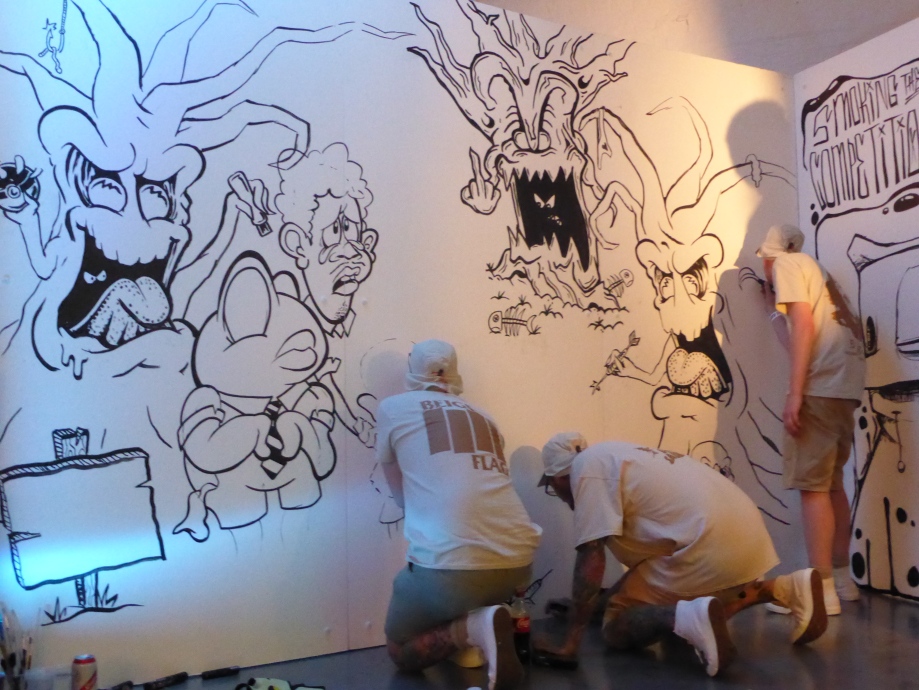 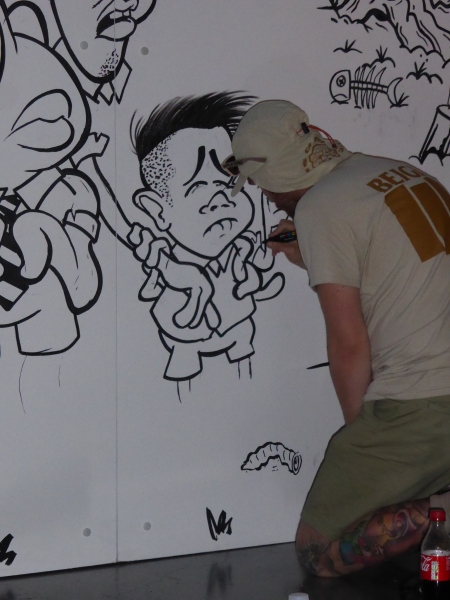 Dahkoh and Darren Downing at work. 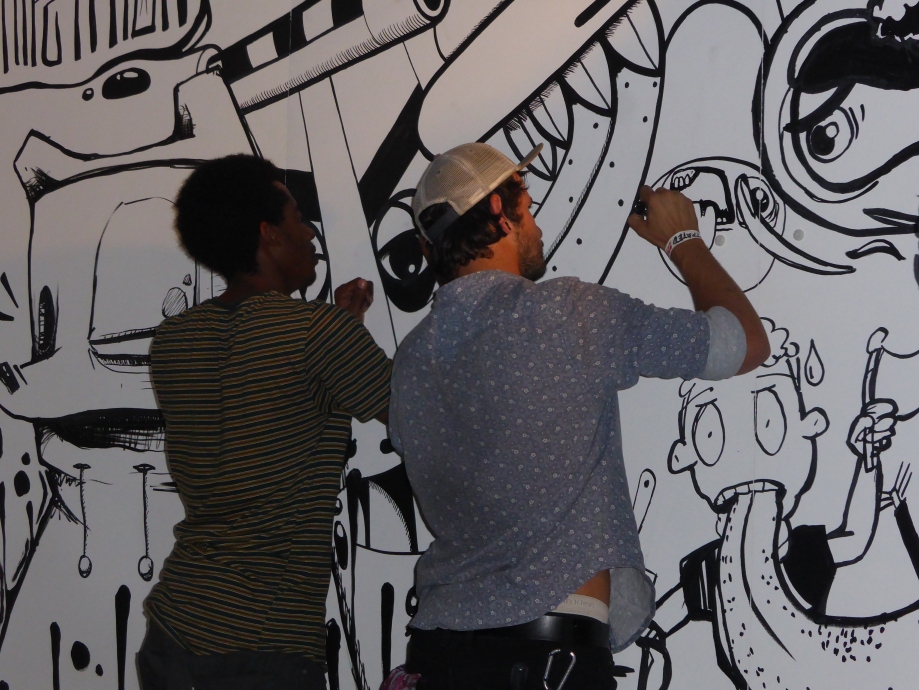 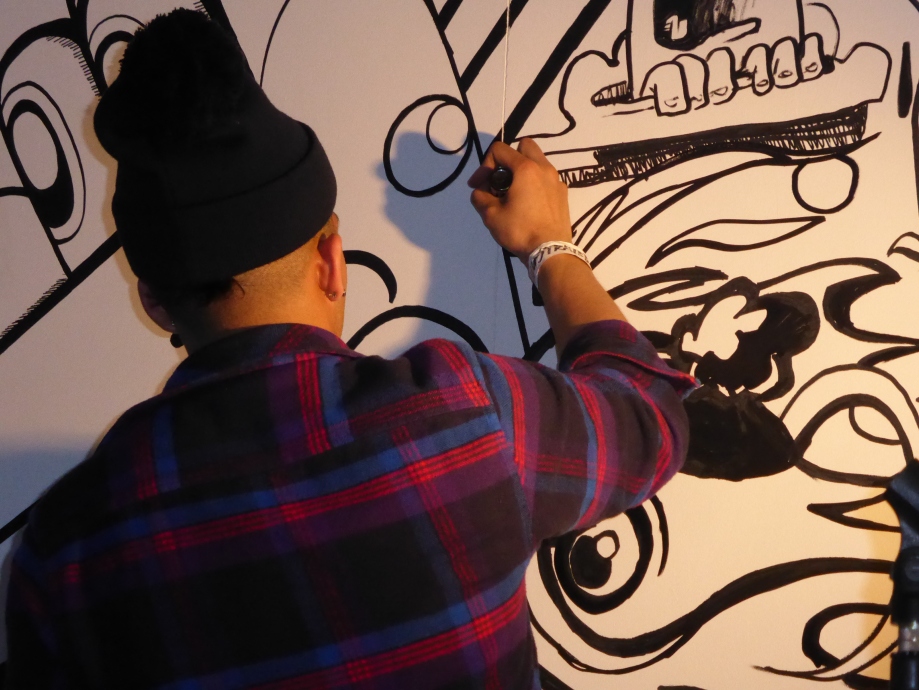 Beige Against The Machine! 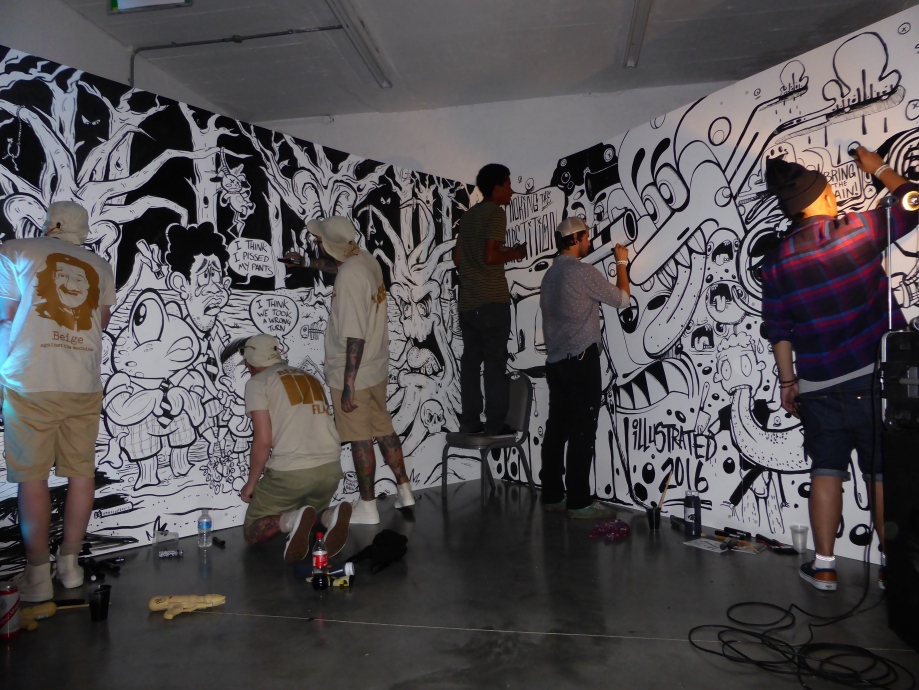 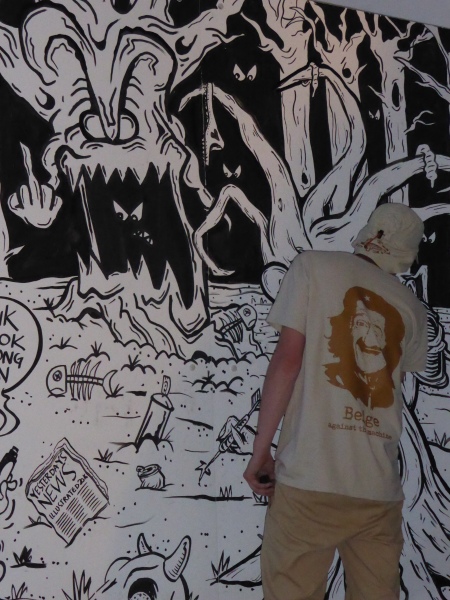 The Real Dill at work. 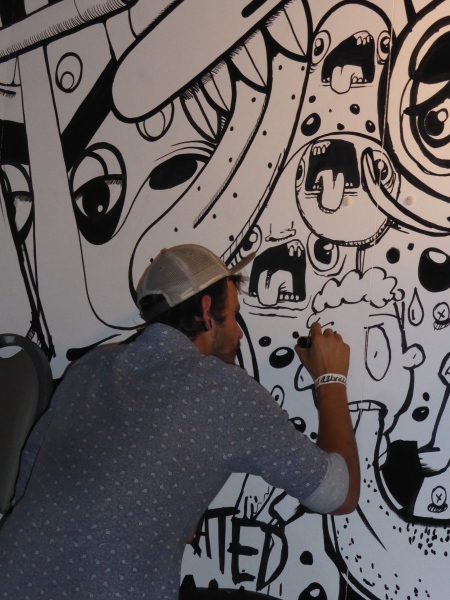 The fantastic pair of walls, but their can only be one winner, and that went to Gums & Tongues in a vote of 2-1.

The fantastic finished ‘Secret Woods’ by Gums and Tongues. 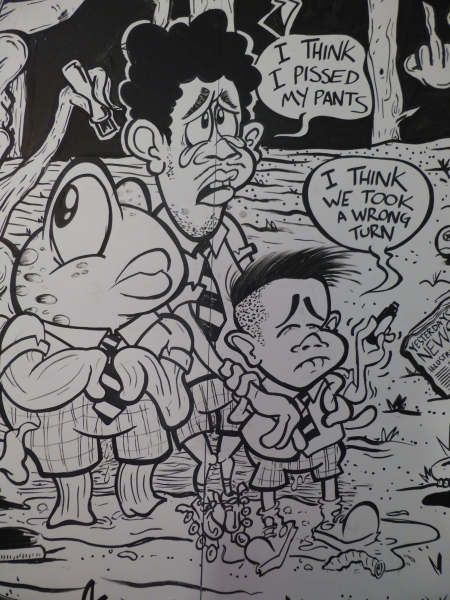 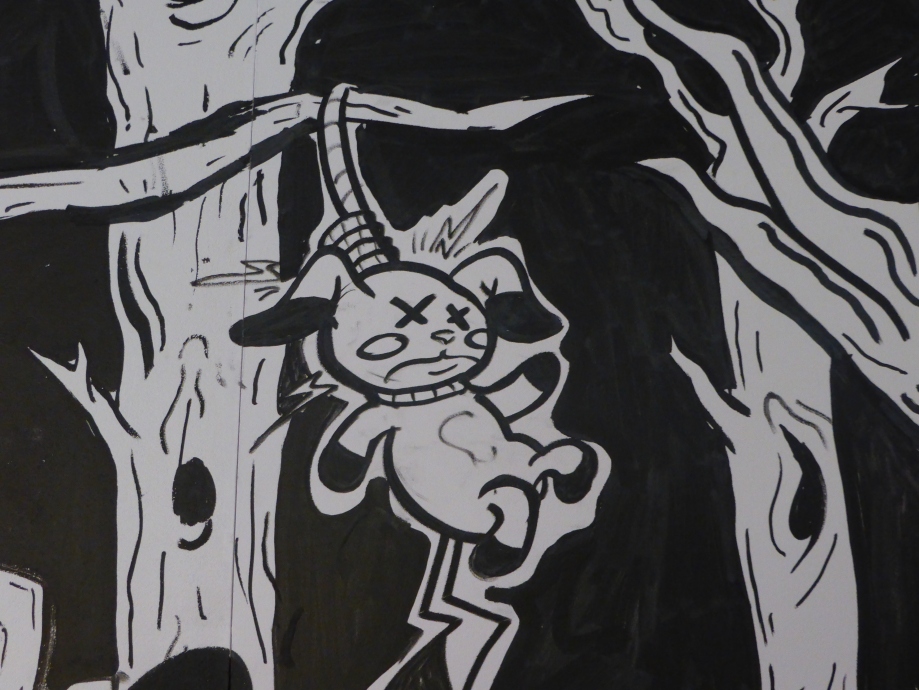 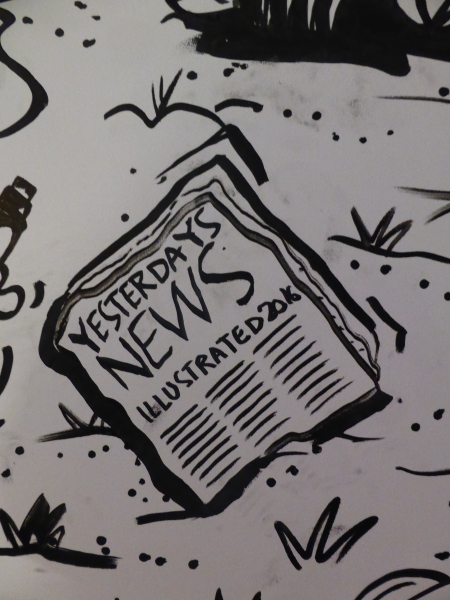 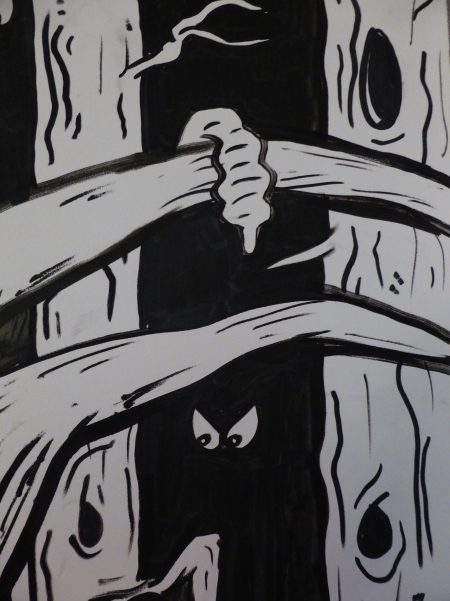 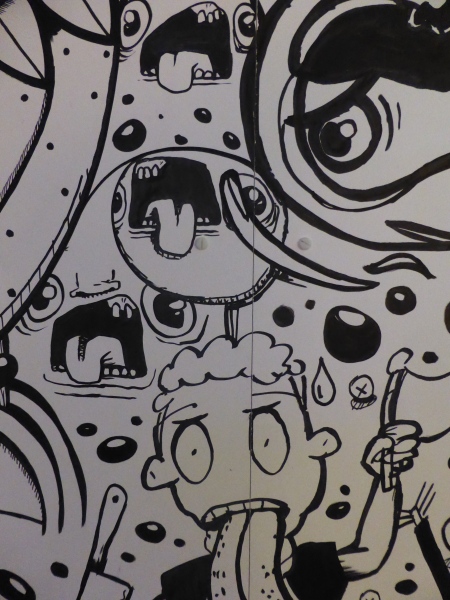 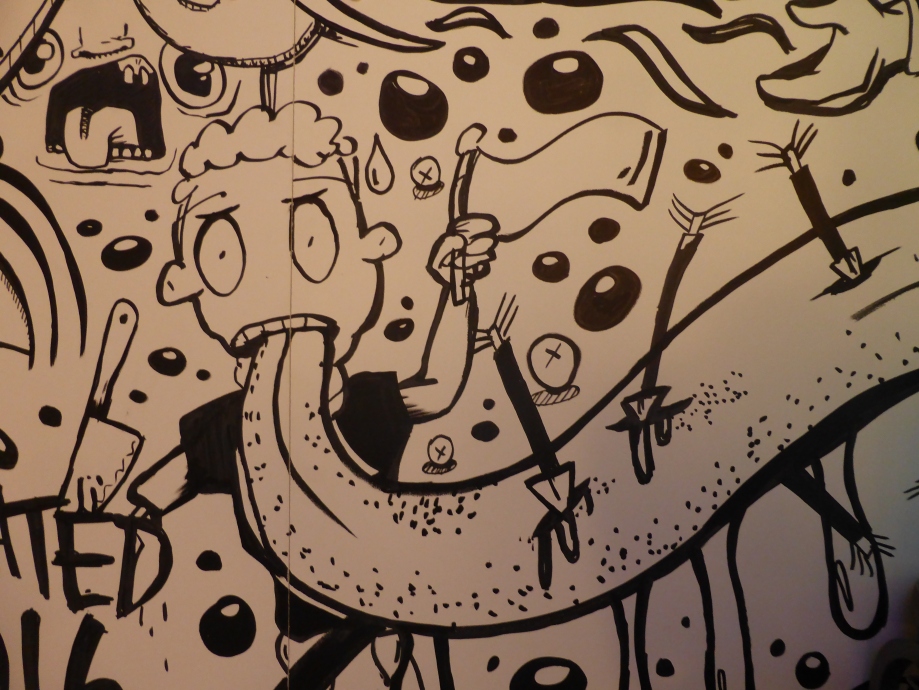