We thought we would like to take a look at this particular piece by Phlegm painted in the days preceding the City Of Colours Street Art Festival held in Digbeth Birmingham this weekend (covered here). Certainly the highlight work from a fantastic collection of recent additions to the area, the piece makes ample use of the space and leaves you absorbed in the scene comprised of such intricately crafted figures. The work features some of Phlegm’s trademark Gothic style characters depicted scrambling aboard a larger creature which is sadly trying to rescue and take the load for the drowning and desperate figures below. Phlegm came up with the idea for his piece while on the train to Birmingham, inspired by the recent heavy flooding which hit Birmingham a week before, cause by extreme localized storms. Such a striking work, so sad yet strong a scene, with so much to take in upon viewing. 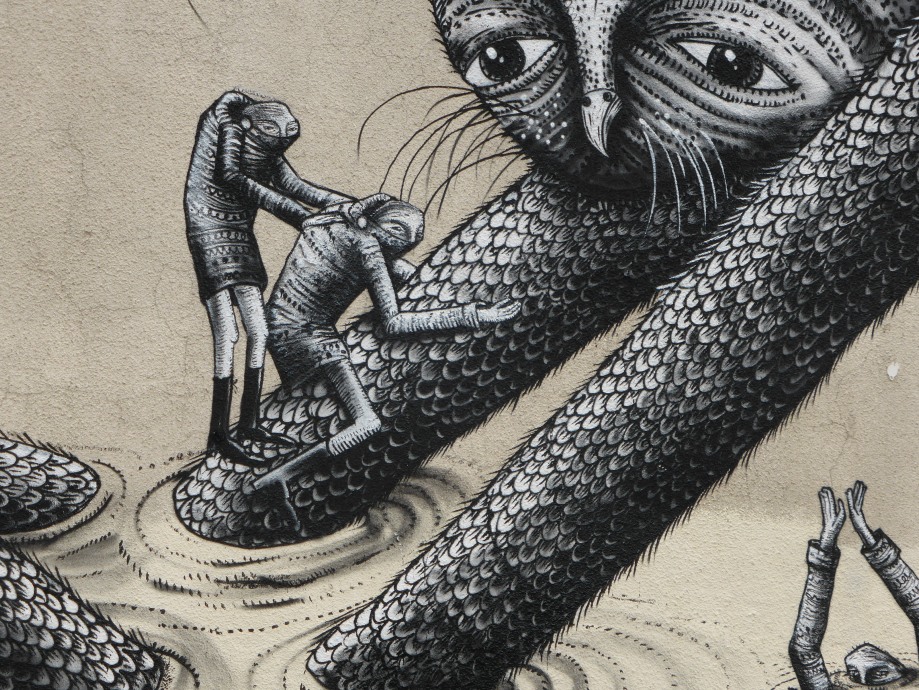 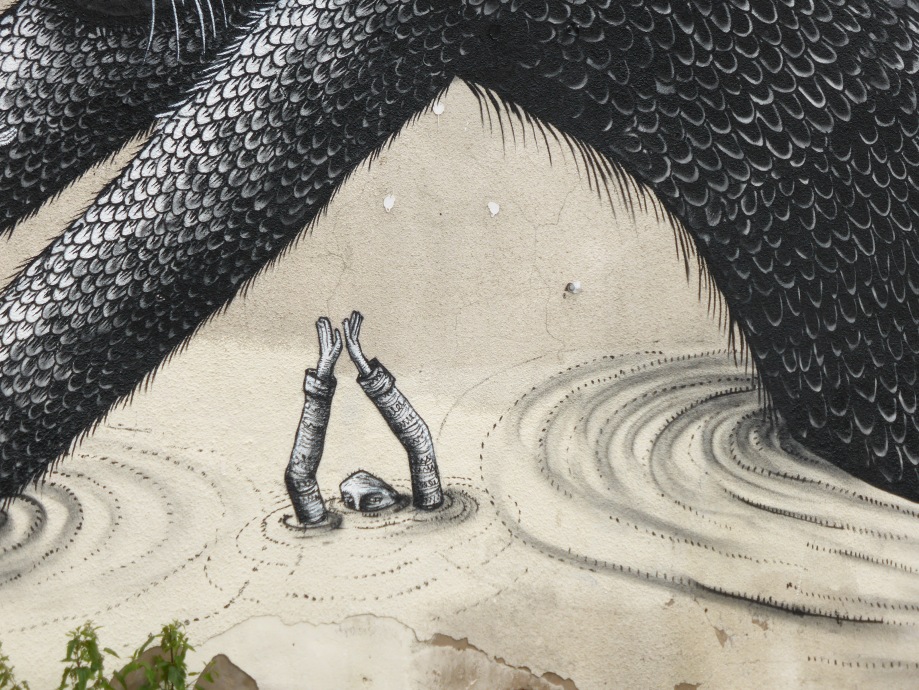 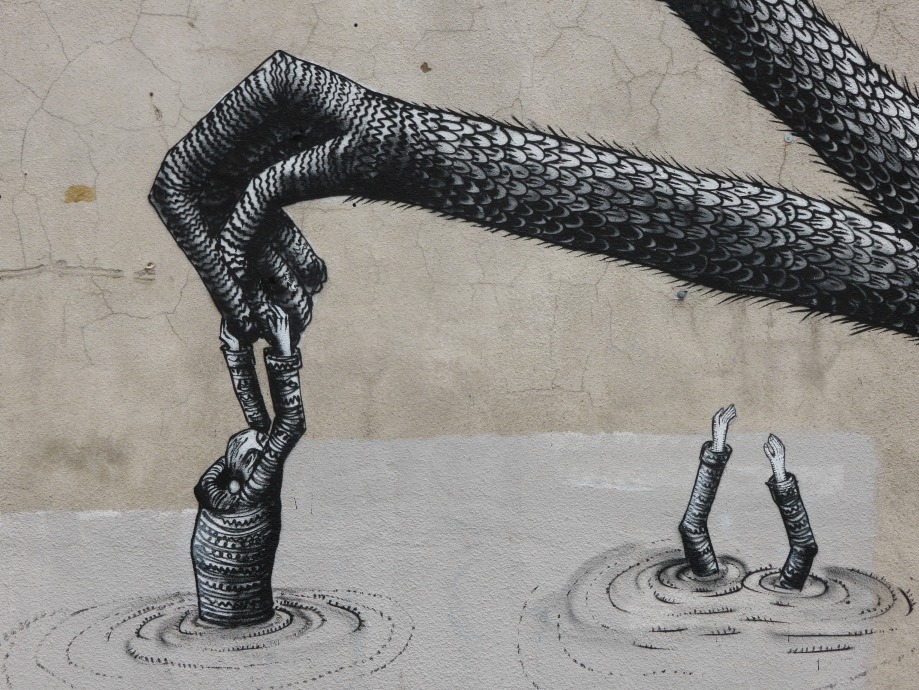 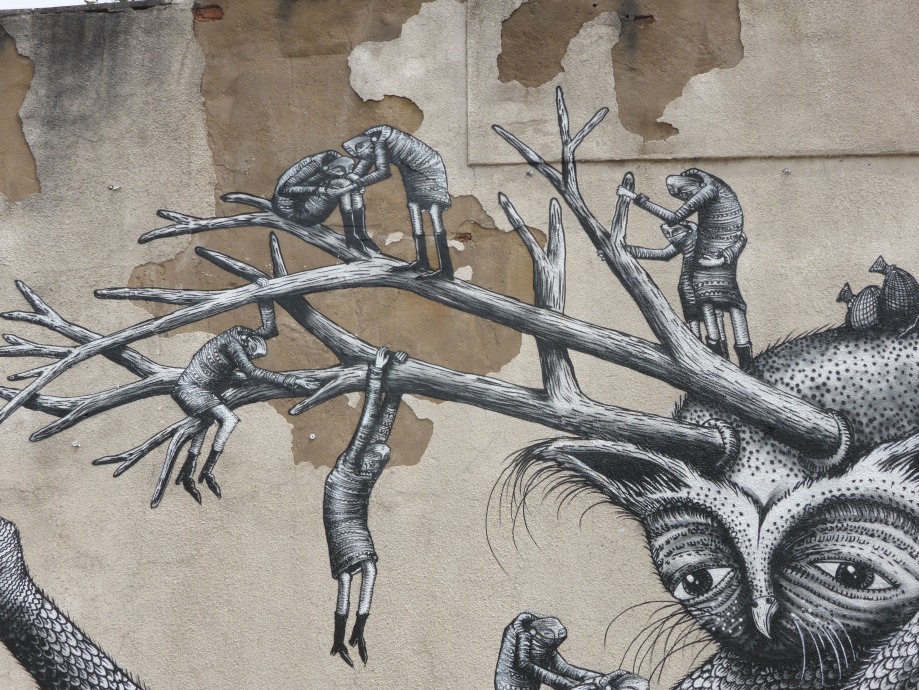 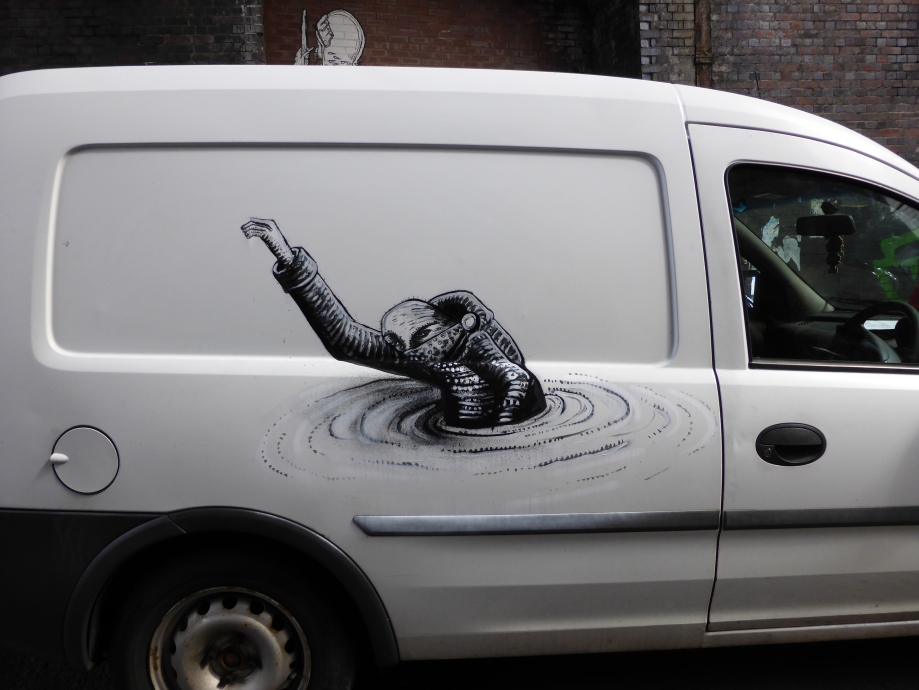 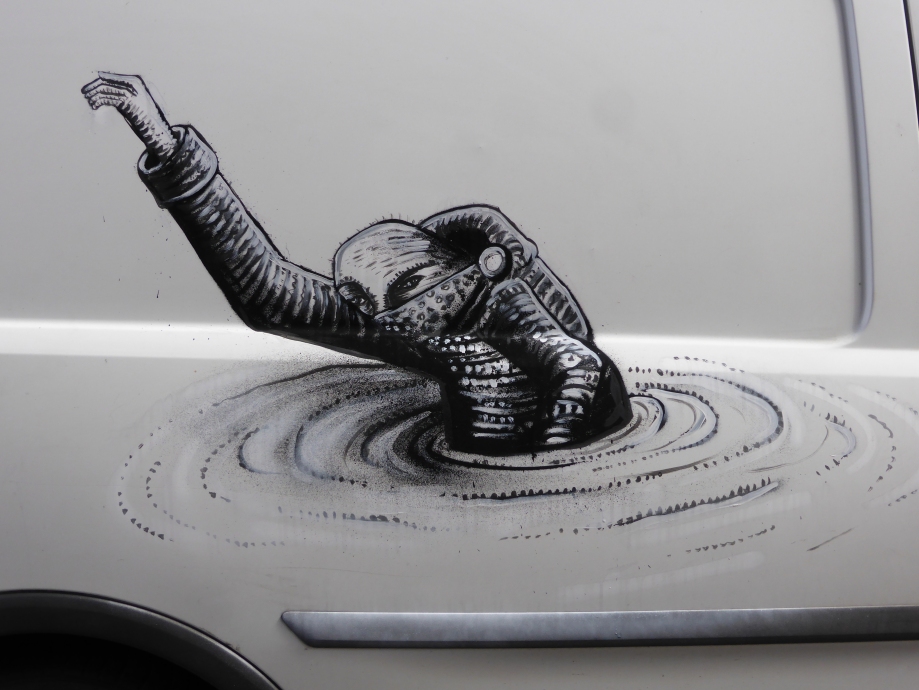