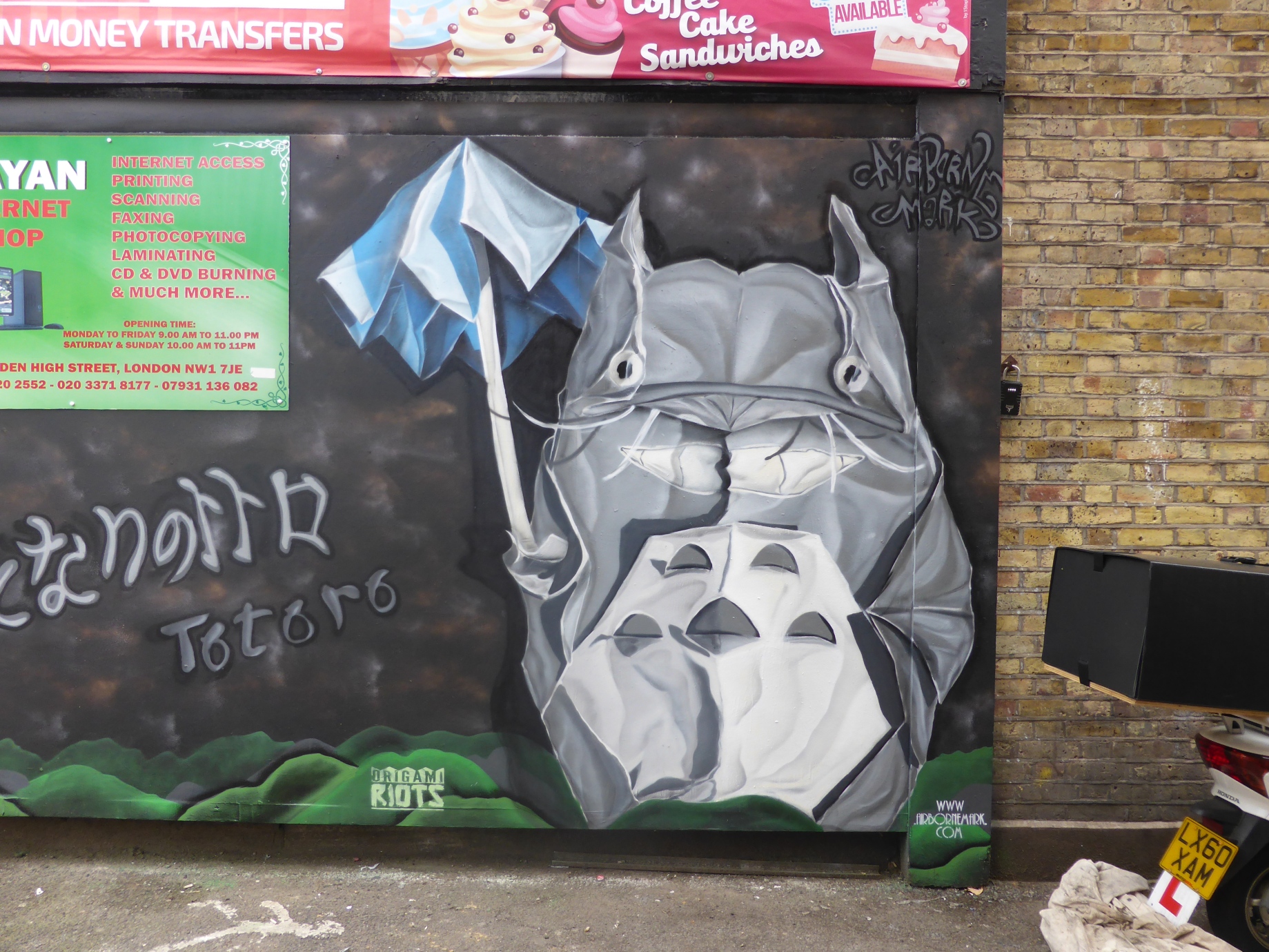 A couple of weekends back we caught up with Street Artist Airborne Mark for the first day of his two day stint on his latest ‘Origami Riots’ creation “My Neighbour TOTORO” in Camden Town. The piece features TOTORO from the 1988 Japanese animated fantasy film ‘My Neighbour Totoro‘ written and directed by  Hayao Miyazaki and produced by Studio Ghibli, and enthused with an additional Origami umbrella inspired by the recent downpours so frequent of late in London. The piece is delightful and so full of warmth. set to a cosmic background and defined by an effect which is intriguing and crammed with intricate details that compliment the complexity of the focus on light and shadow in his subjects.This work can be found in Symes Mews, just off of Camden High Street, Camden Town and was put up with support from The Real Art Of Street Art. 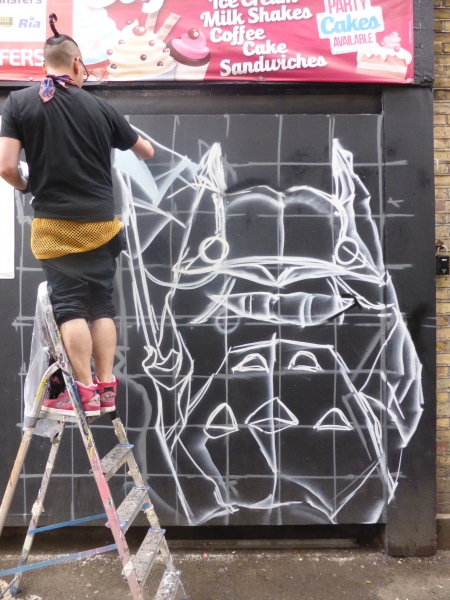 Airborne Mark starting on the first fill work having laid down the initial outlines. 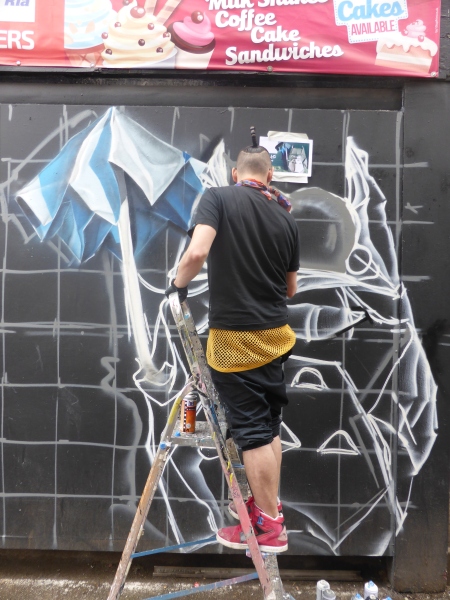 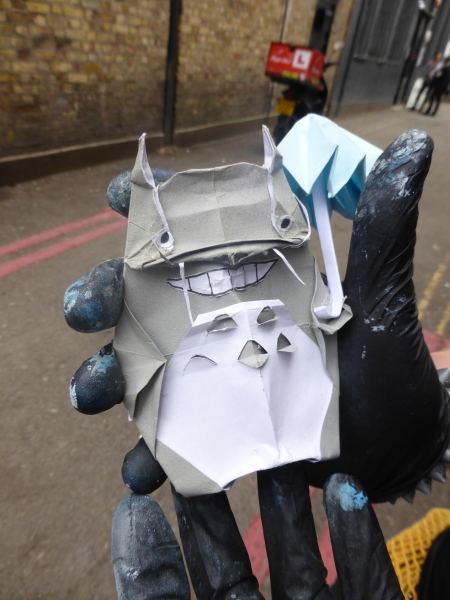 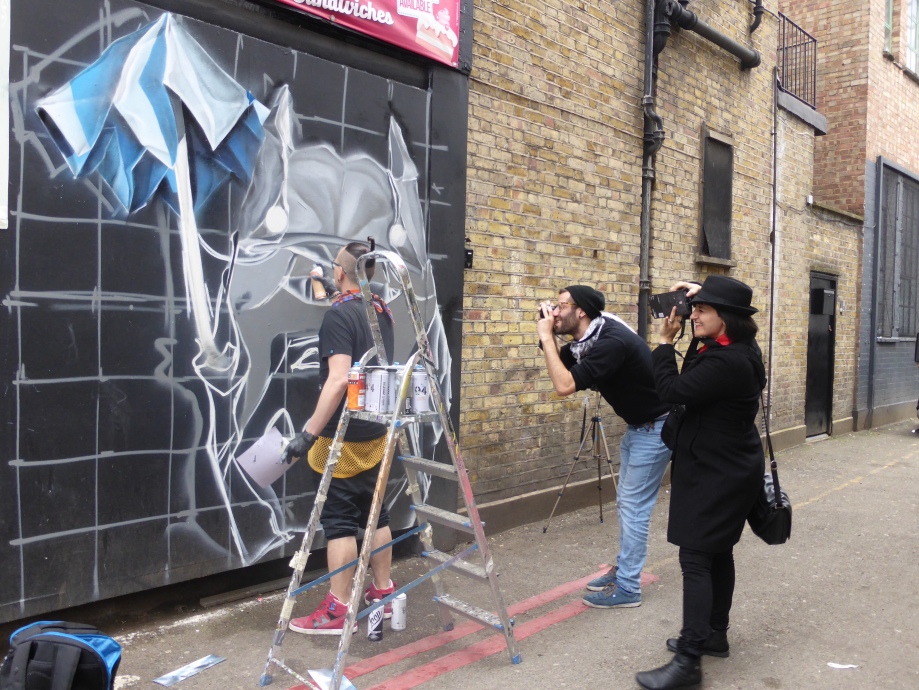 Airborne Mark at work and attracting the attention of some passing photographers. 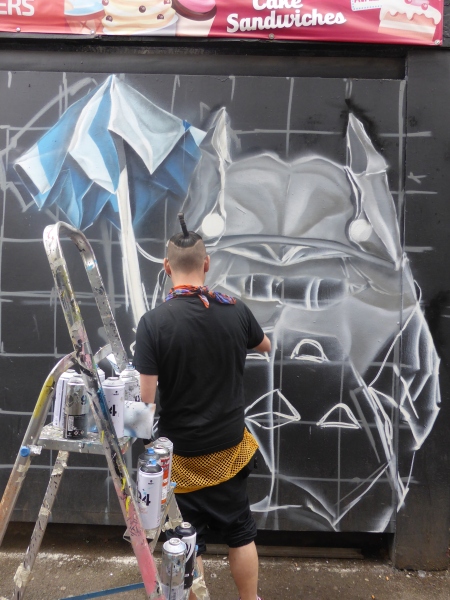 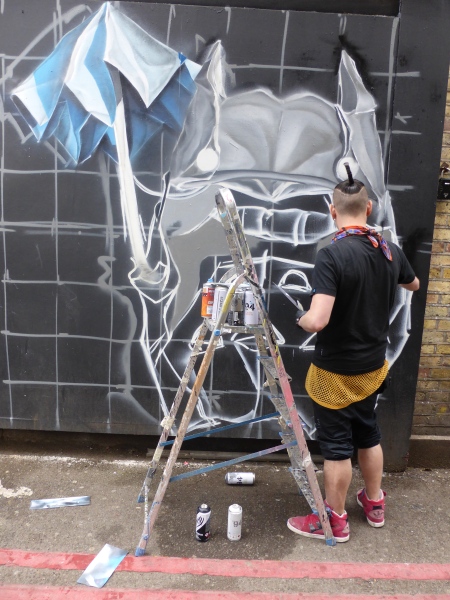 Airborne Mark at work at the end of Day 1. 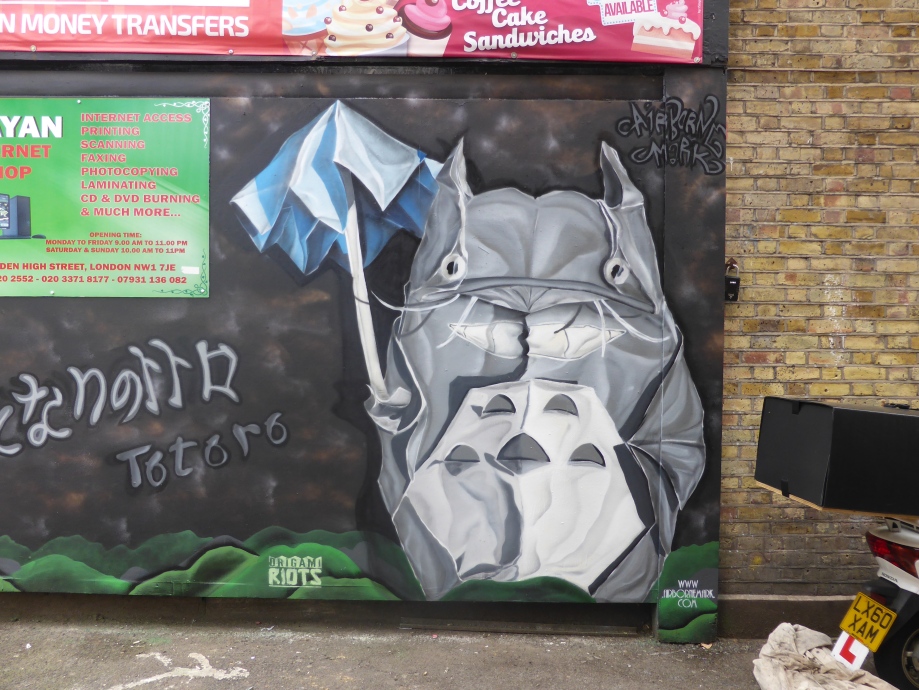 The fantastic finished piece, so friendly, so fun and so well brought to life. 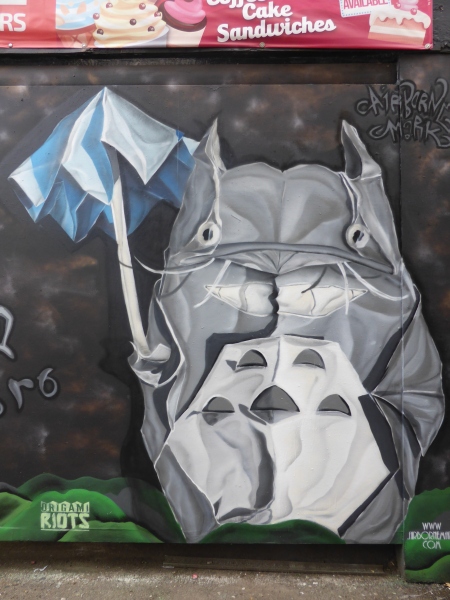 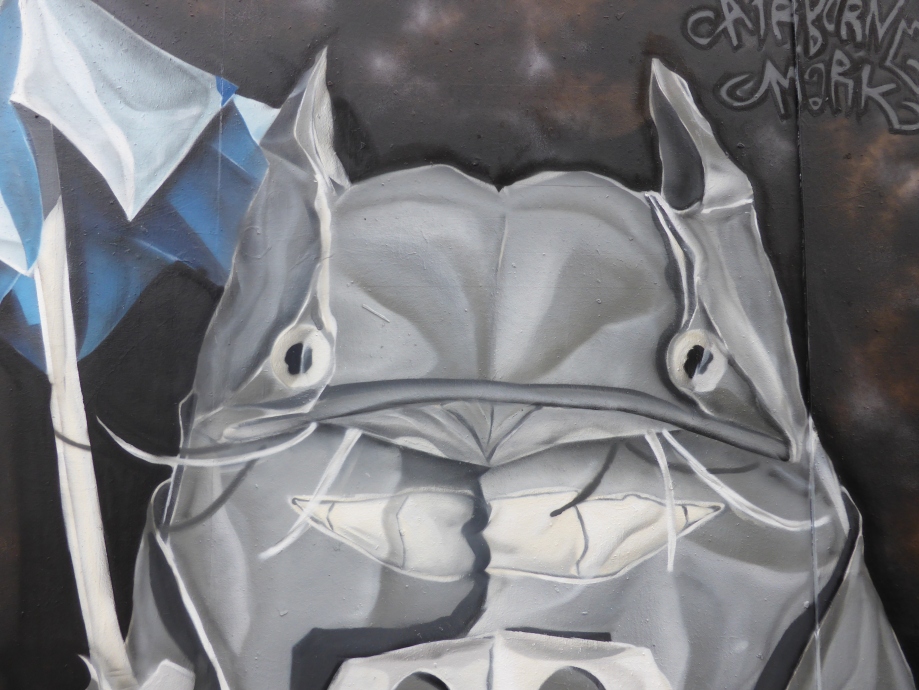 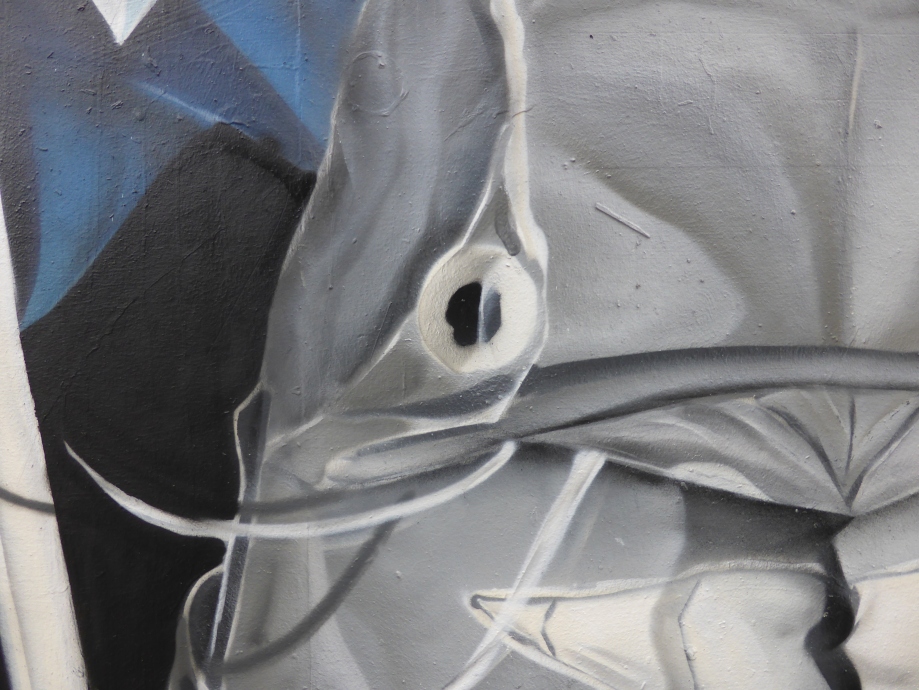 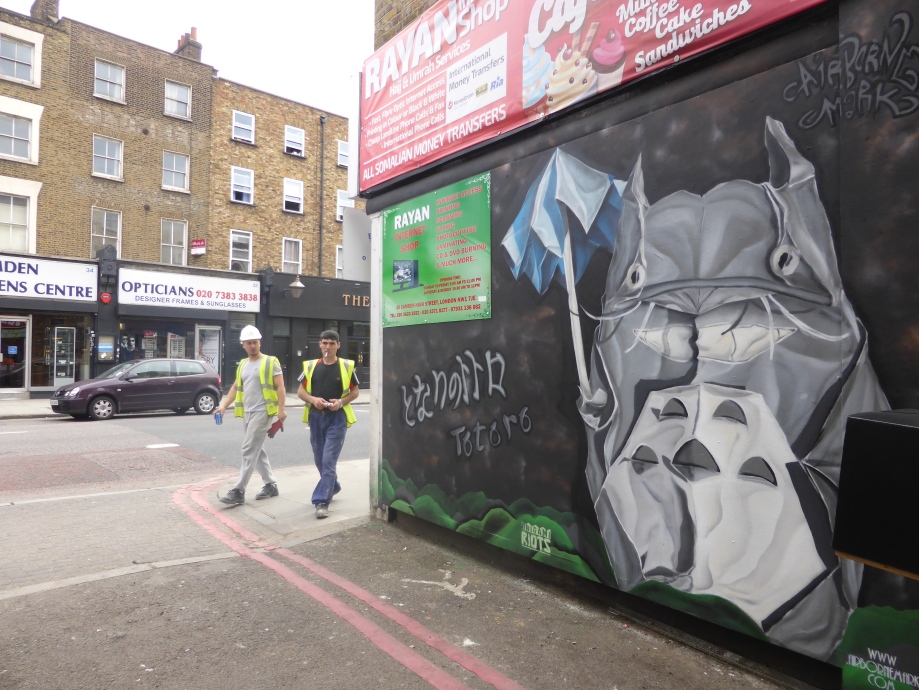 You can view this video by Airborne Mark on the making of his “My Neighbour TOTORO”.