Over the last month or so British Born, but internationally acclaimed Street Artist Ben Eine has been back in town and hit up some three works around the Shoreditch area, all completed in his distinct circus driven typographical style that is just instantly Ben Eine. Ben Eine’s work has been prominent around East London over the years and there are still many of his works, some older than others, to be seen around Shoreditch and Hackney. Since his days as a prolific Graffiti Writer on the underground scene, Eine has gone on to become one of the most successful commercial Street Artists around the globe, which in the process has led him to paint the world over, leaving his mark ranging from single distinctive stylized letters or his inspirational and dry witty comments. 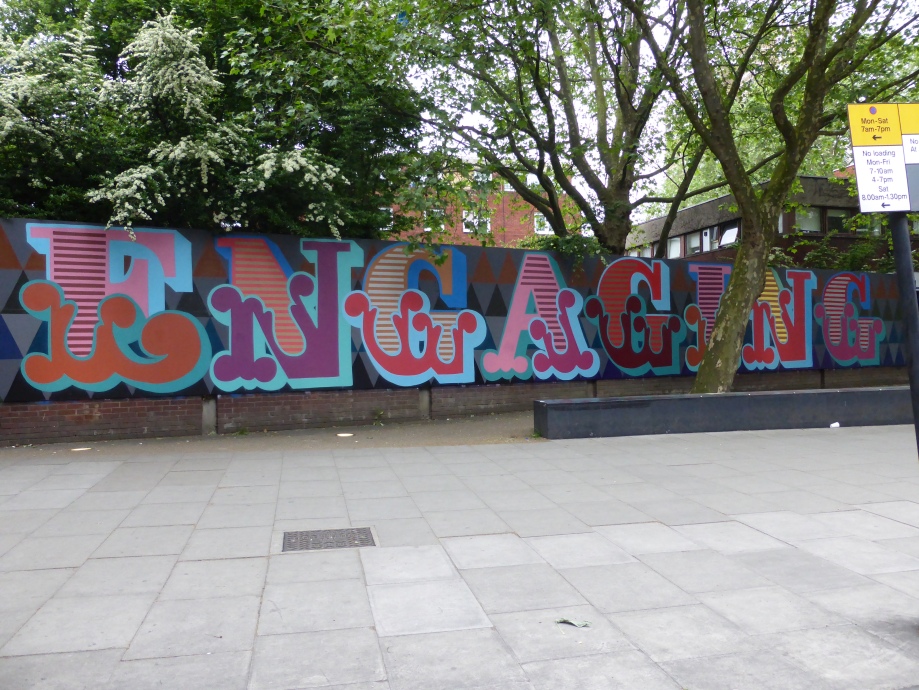 The very aptly entitled ‘Last Days Of Shoreditch’, very much taking stock of the loss of all the main painting spots around the Shoreditch as the area is increasingly gentrified, becoming homogenized with the expanding City of London.

Ben Eine’s second ‘Cheese’ London inspired work, with one placed up and still standing off of Hackney Road.