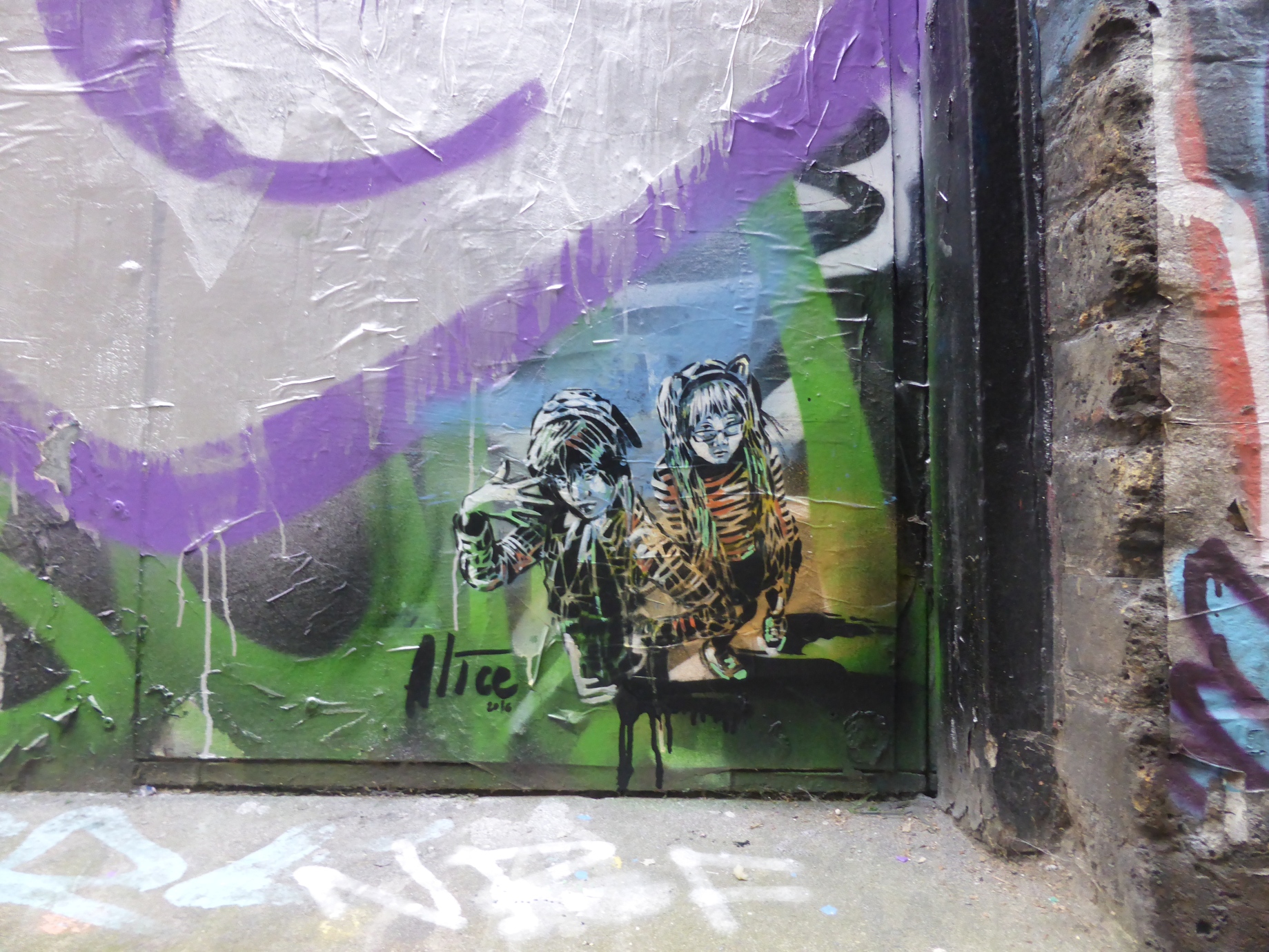 Over the last week or so London has been very fortunate to have received a visit from Italian Street Artist Alice Pasquini, who while over hit up some four delightful stencil -based works and contributed to a superb collaboration with Himbad and Marina Zumi in Camden Town (covered here). It was at the very end of 2014 when Alice Pasquini last passed through and painted in London and we have very much enjoyed seeing the newest additions over the last week.

Alice is an artist, based in Rome, but traveling the world over painting and working additionally in the realms of illustration and set design. Alice’s works are always such a delight to spy, full of a sense of warmth, hope and affection, setting to capture an aspect of people’s relationships and expressing the range of human emotions, with strong independent women forming the most common theme running through her Street Art works. What we love most about her works, besides the touching sentiments about her subjects, is her sense of placement, with these somewhat tiny stencil based works just blending with the spots she finds, painted directly on top of the existing Street Art or Graffiti and instantaneously blending with the fabric of the immediate

We at London Calling Blog really can’t wait until Alice Pasquini next hits London, but in the meantime we hope you enjoy the works we have to share below as much as we have. 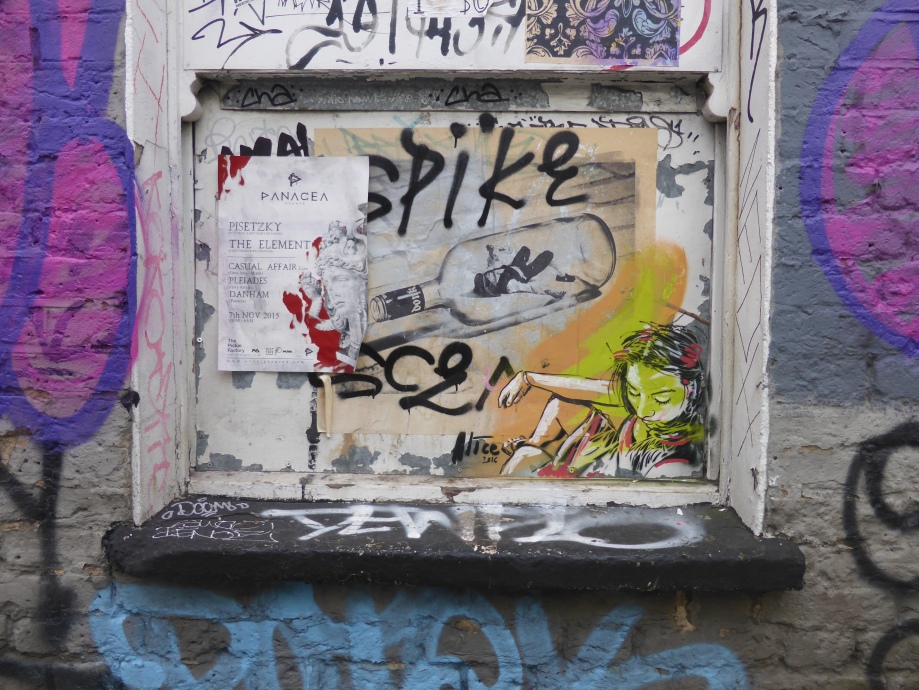 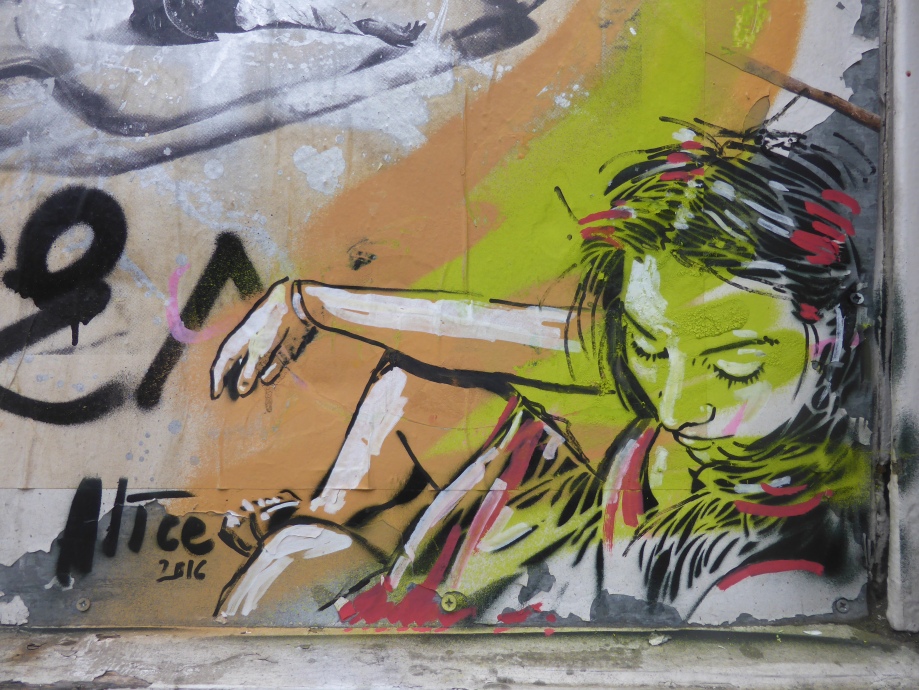 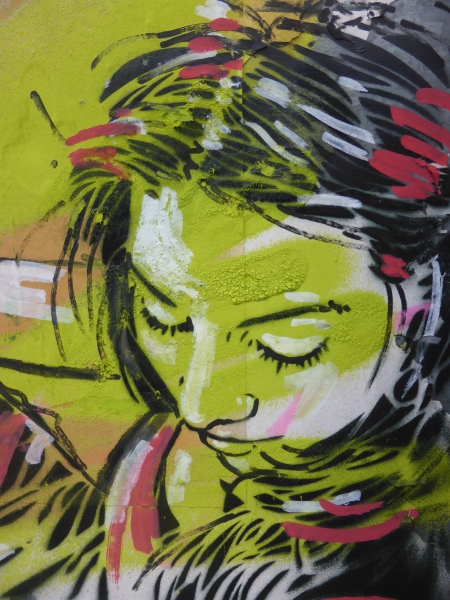 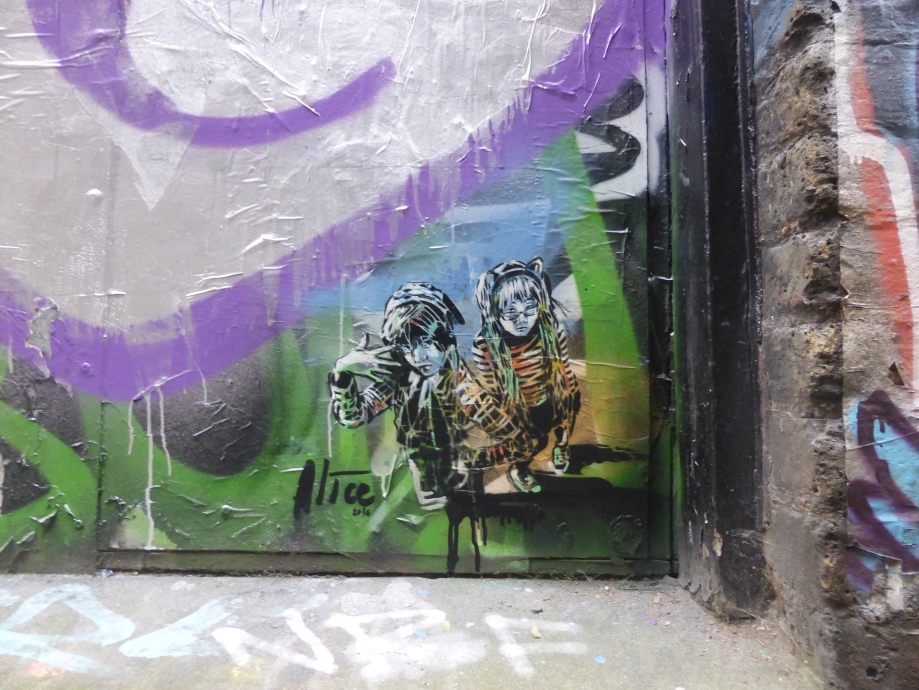 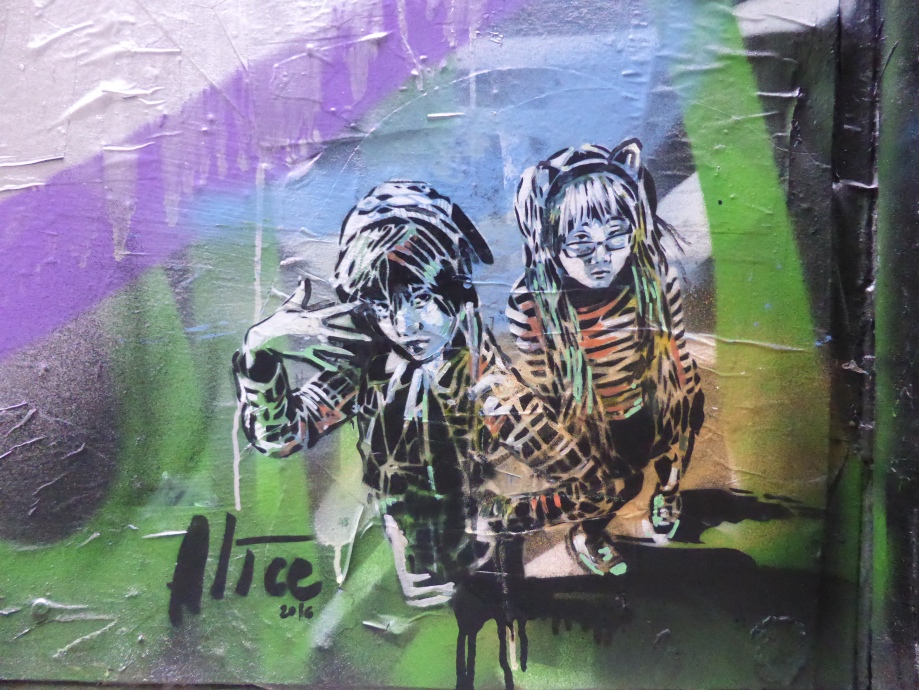 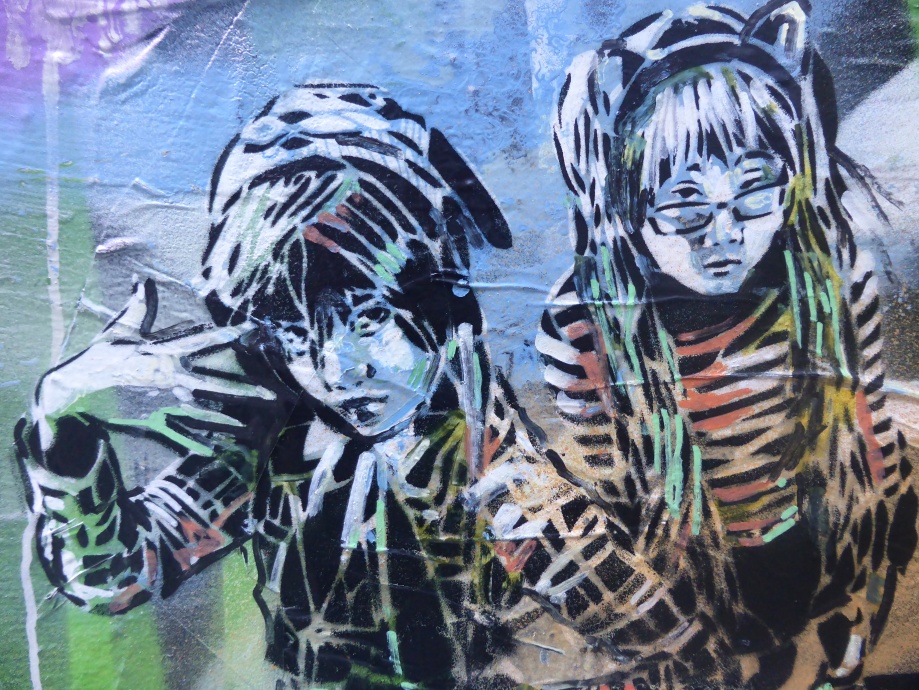 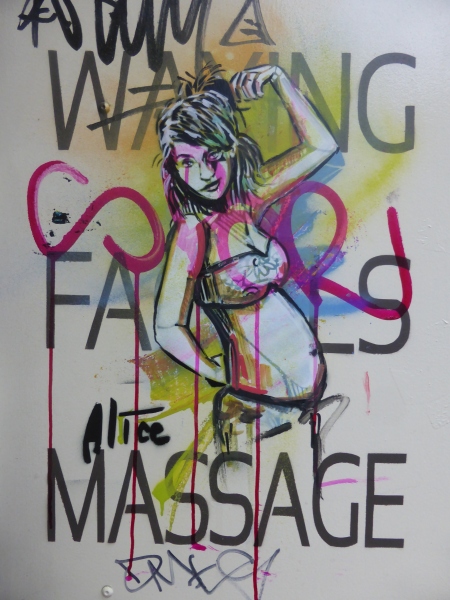 This work placed up around Brick Lane caused a bit of a stir while being painted, with the premises owner feeling the subject was underclothed, however in the end he must of changed his mind as the piece is still standing at current. 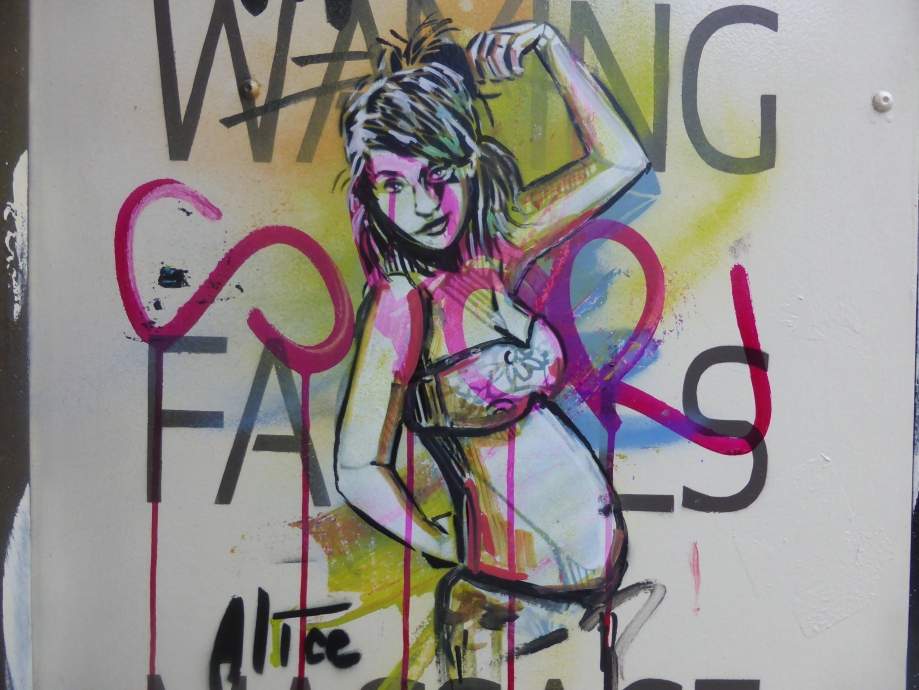 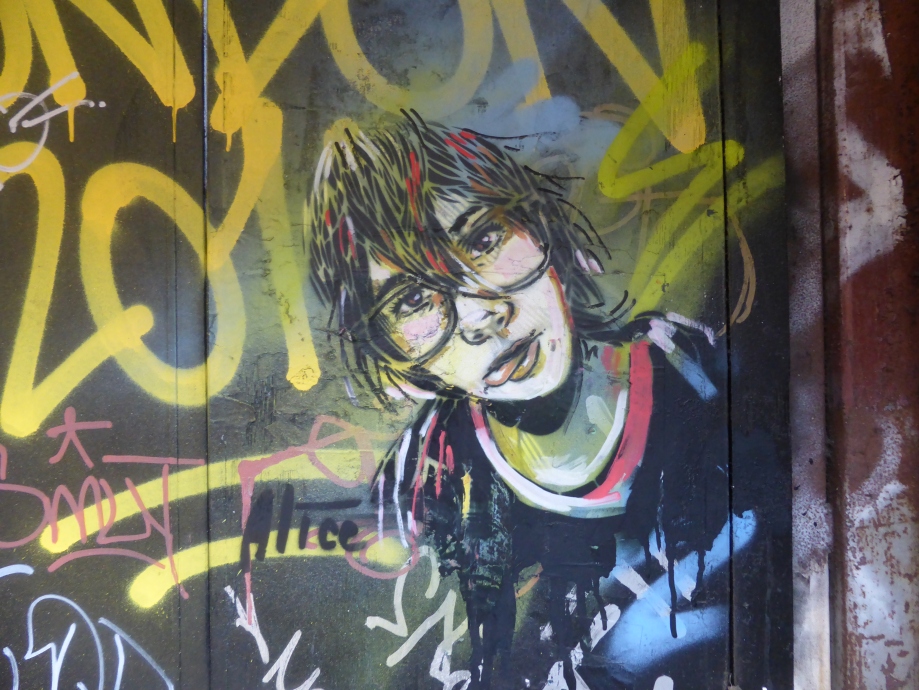 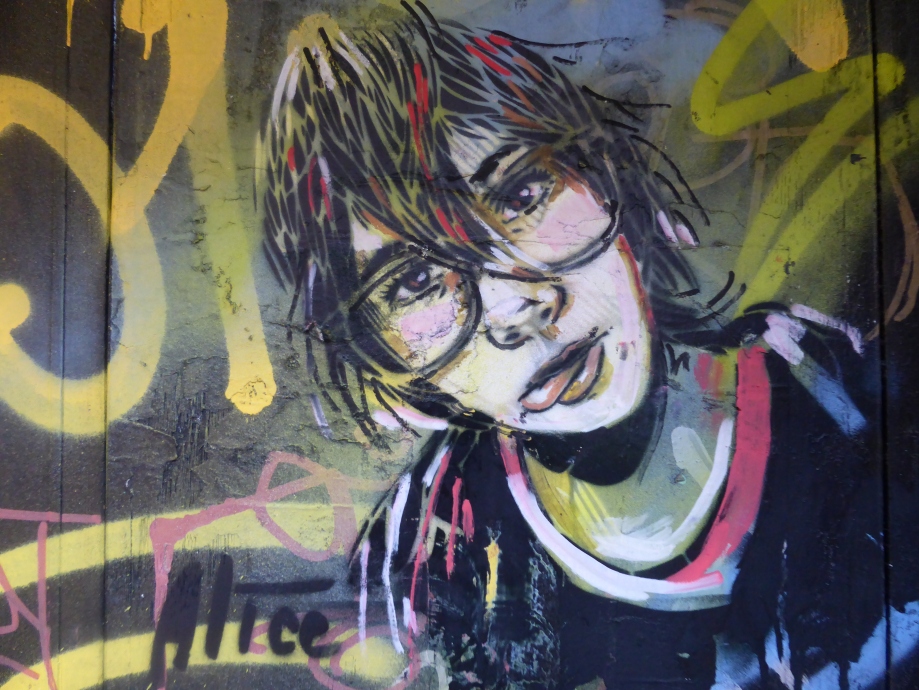 The last of the 4 latest stencil/freehand works from Alice Pasquini in London, also just off of Brick Lane. 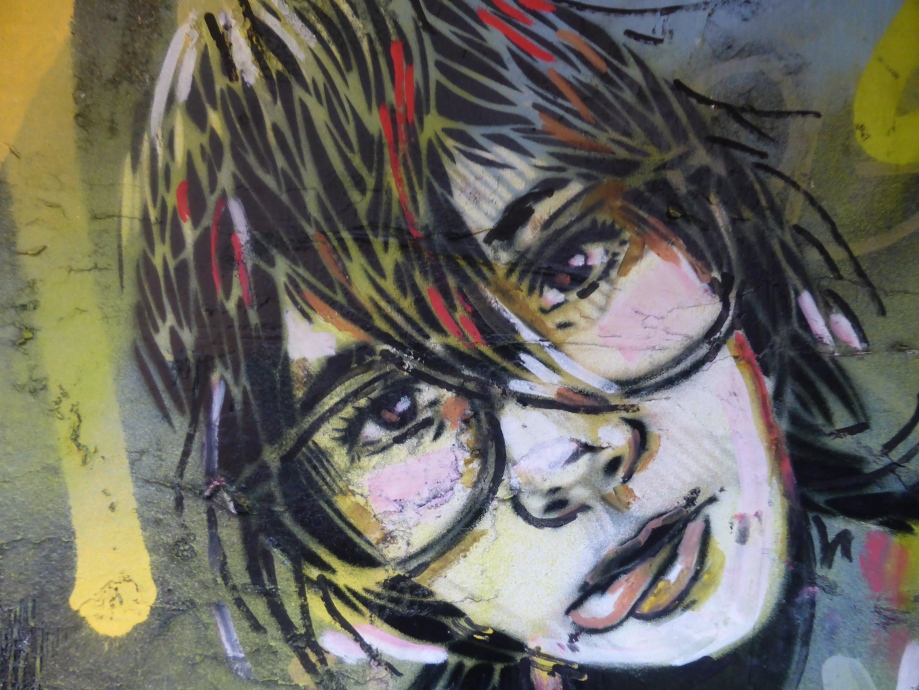 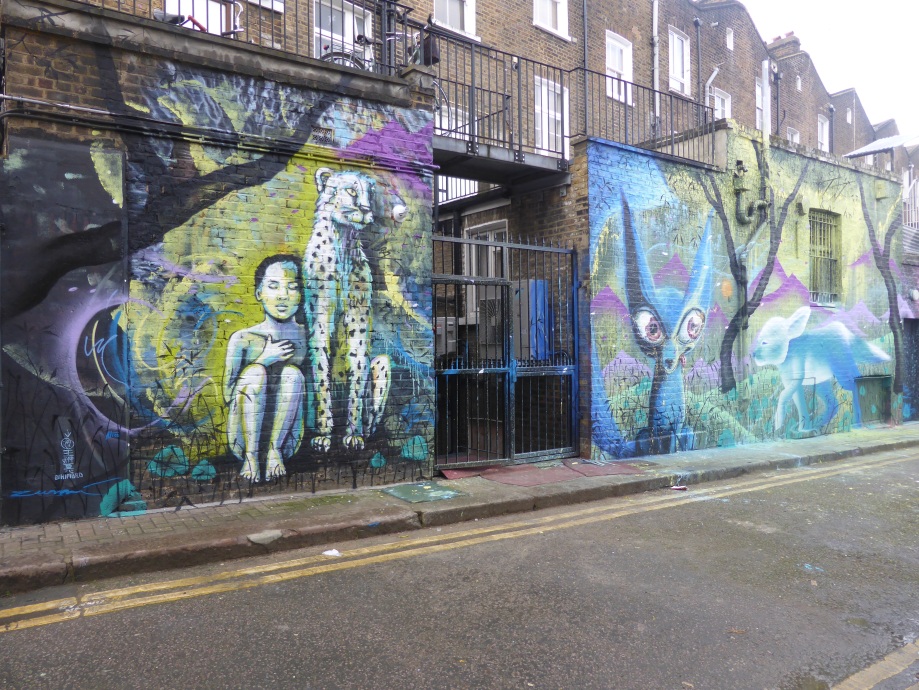 Stunning soulful work from Alice Pasquini, Himbad and Marina Zumi in Camden Town, put up with support from The Real Art of Street Art.

The collaboration work presents a stunning fusion of styles all set to the same minimalist colour palette which expresses itself through the levels of transparency and shading, with Africa providing the theme to this striking piece. Alice Pasquini on the left has painted a soulful portrait of a young girl, often the key focus in her works, sat alongside a powerful cheetah, seemingly acting as protector of the girl. They are both set amid the same calm and minimalist backdrop of the African plains in the rest of the work, with Himbad’s background style offering texture to the traditional dynamic in Marina Zumi’s landscapes of mist-ridden mountains, which along with the trees really create a sense of depth to the scene. While both Himbad and Marina Zumi provide a pair of Desert Foxes, very much in their own style, yet sitting so well together, Himbad’s fox has those classic all absorbing eyes that define his characters and the cheeky tongue out that is very much pure Himbad. Marina Zumi’s fox really adds a sense of movement within the scene, and despite the cold colours really has a sense of soft warmth about it’s ethereal presence. 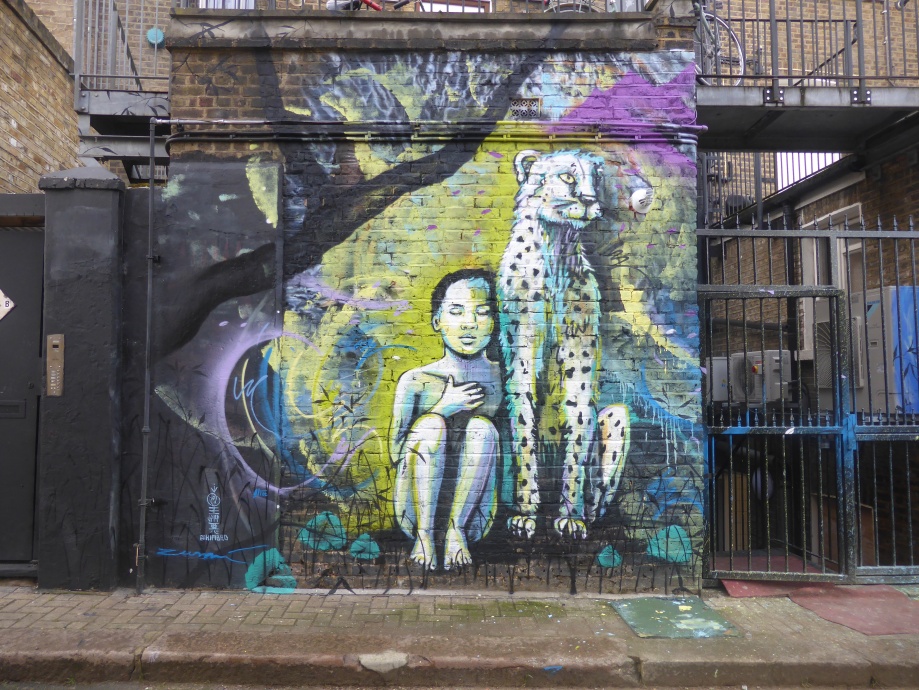 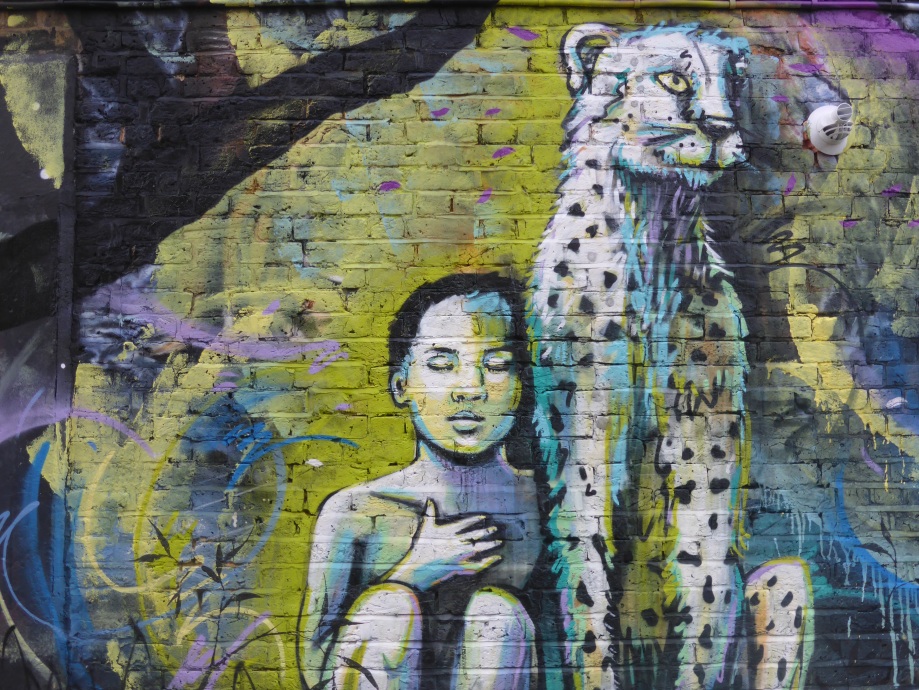 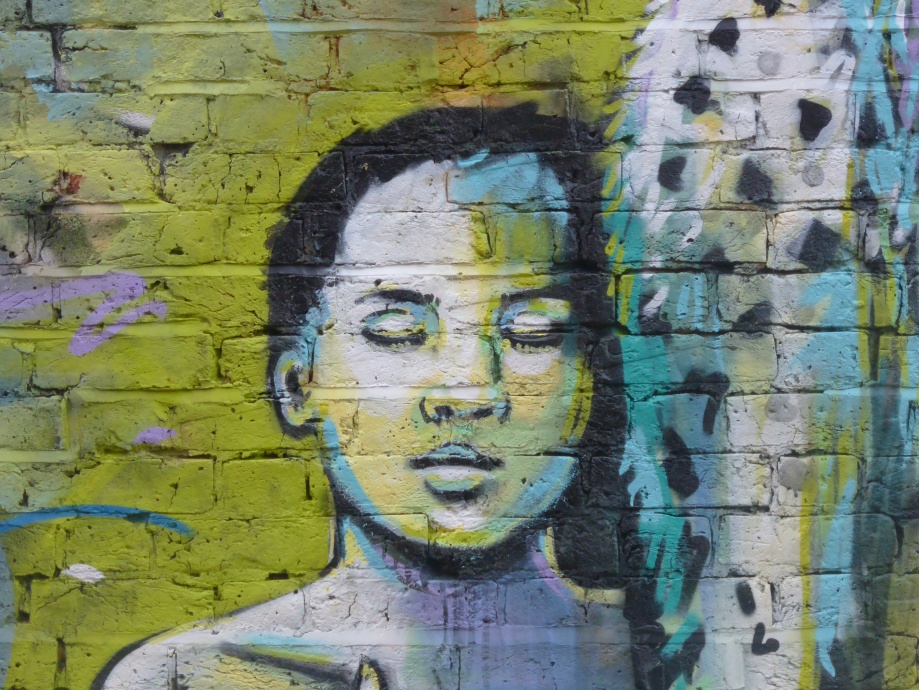 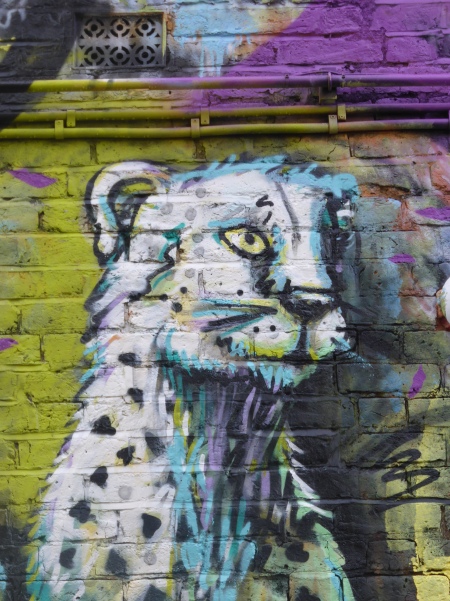 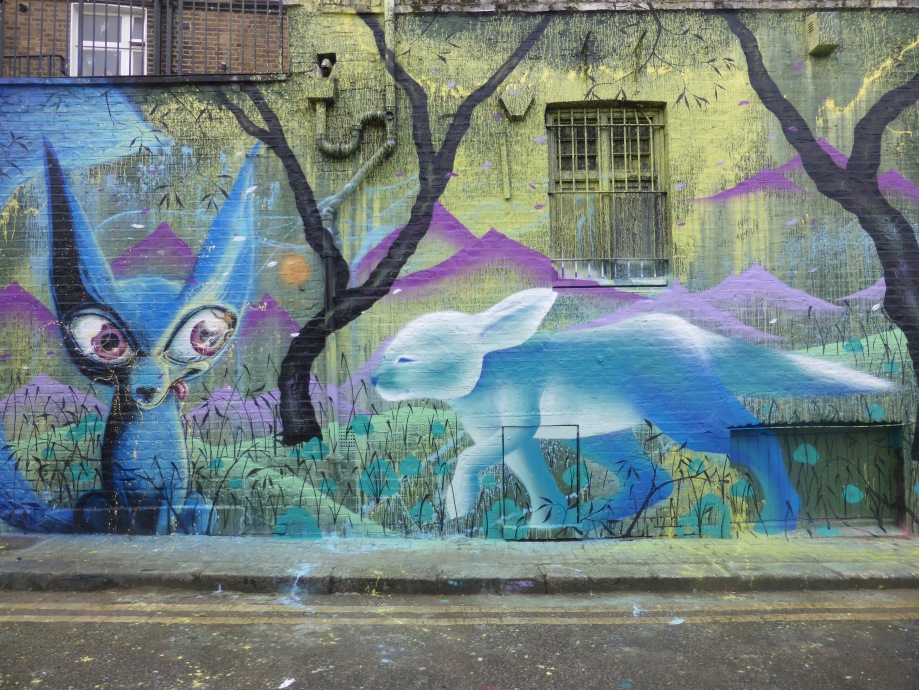