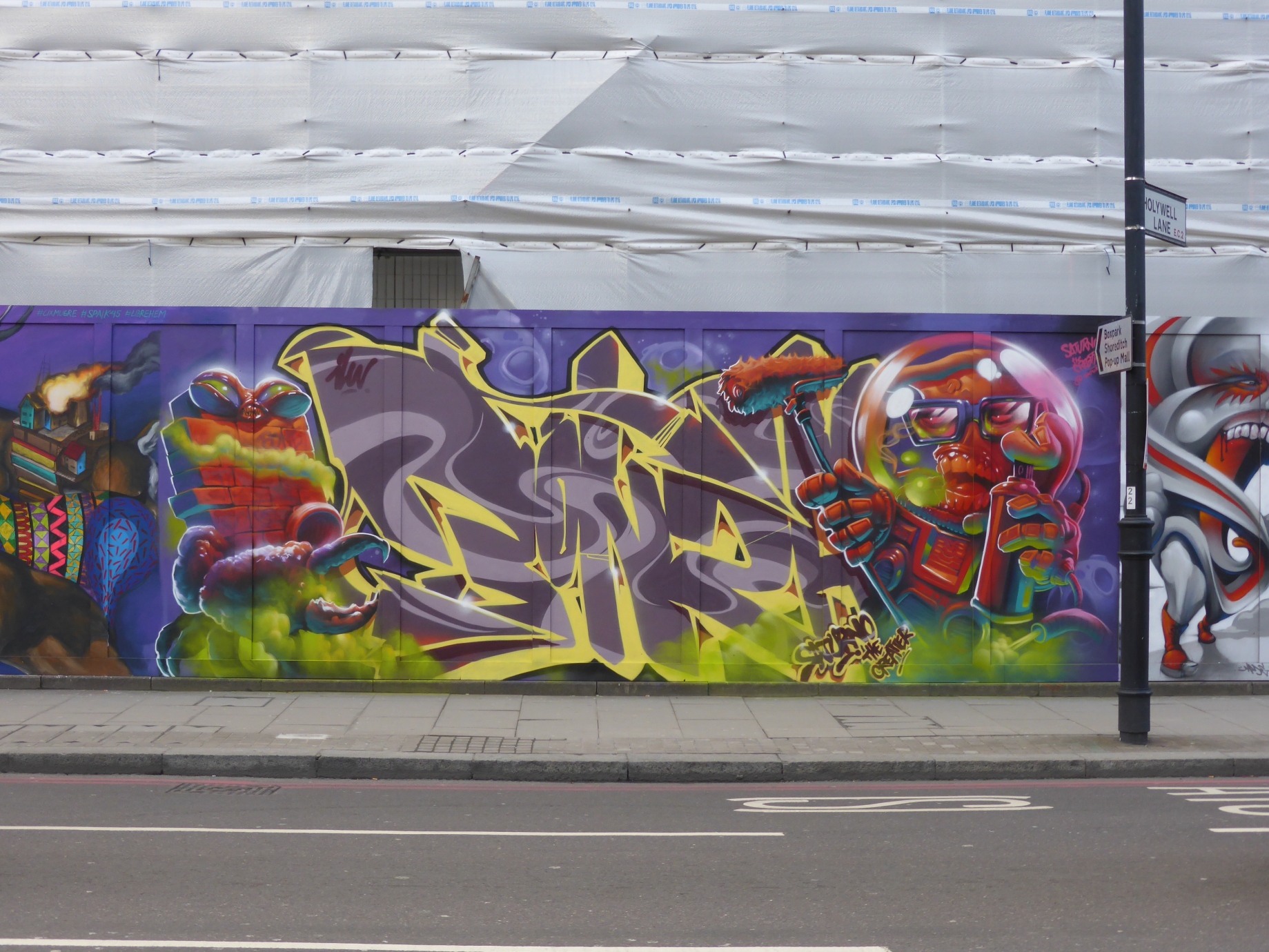 Last Wednesday on the newest set of hoardings along Great Eastern Street, Shoreditch, a fantastic Graffiti collaboration was placed up by English Writer Bonzai and visiting Spanish character artist Saturno (The CREATTER), a work that certainly stops you in your tracks. Dave Bonzai is a London based Graffiti Writer, who is most notable for his sheer range and diversity in his letter styles and fills, whilst Barcelona based Graffiti Artist Saturno paints hyper-realistic depictions of sci-fi and horror based characters.

This is a fantastic work that really grabs your attention, with some funky letter work from Bonzai acting as the works centre-piece to the surrounding scene and incredible surreal pair of characters put up by Saturno, depicting a space-age character setting to go to battle and paint this living monster wall, that is ready to fight back, armed and ready with his roller and spray-can. This work really does have so much life in it. We have long being aware of Bonzai’s range as a Graffiti Writer, having featured him on the blog in the past, but we had not being previously aware of Saturno (The CREATTER), but are certainly happy that we now are, just wow. 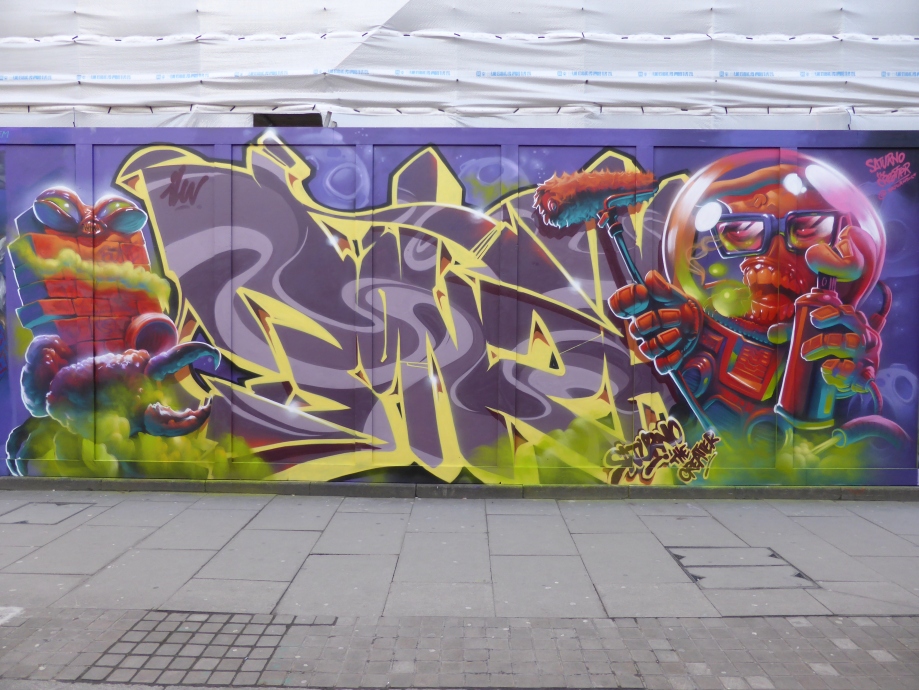 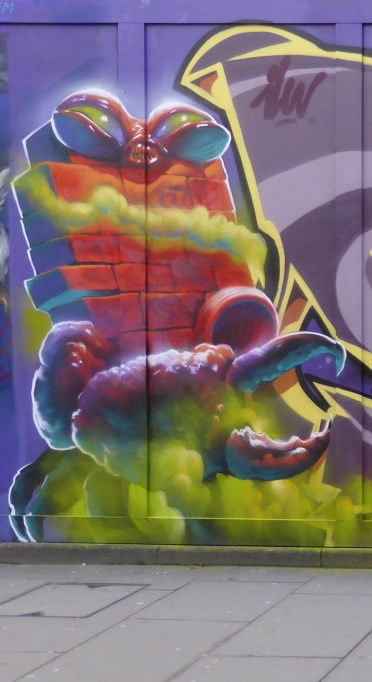 Detail of work by Saturno (The CREATTER).

Detail of work by Dave Bonzai.

Detail of work by Saturno (The CREATTER). 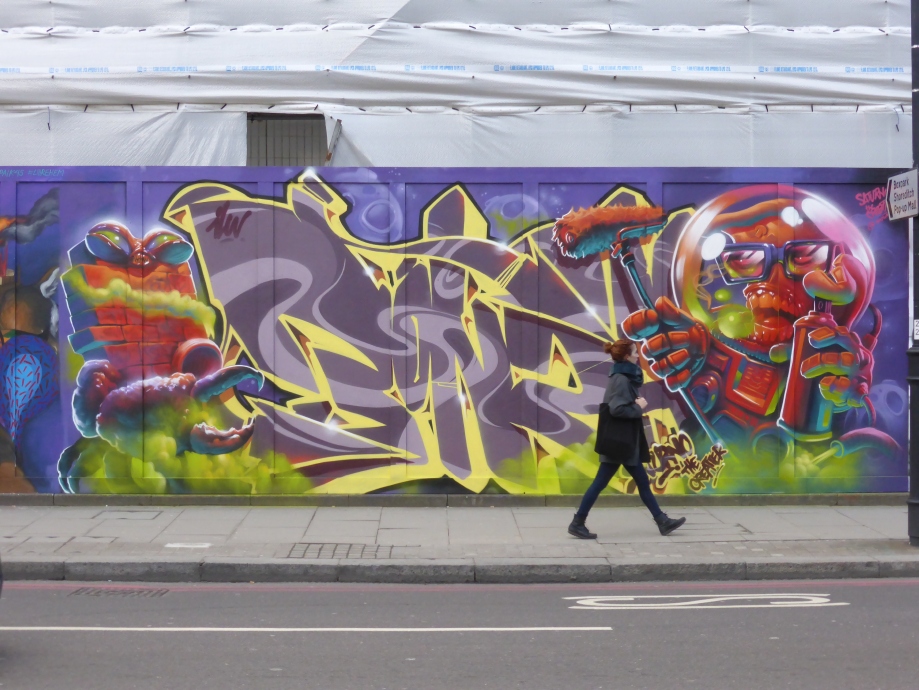