Over the last  couple of week or so we have been treated to two new delightful and spectacular works around London from our favourite resident stencil artist Trust Icon. In his work Trust Icon set’s to capture a moment or a snapshot from his, and many peoples, childhood, combined with his own style of poignant insight or humour injected into each work, making his style his very own and his works what they are. It’s as if Icon with each piece gets to relive a moment from his youth, almost to be a child again, and in the process sets to create something which many people can relate too. The vast majority of works from Icon instantly bring a smile to the face upon viewing and force the viewer to reflect on their childhood and his delightful view of such characters. Trust Icon has certainly proven himself to be one of the most prolific and consistent practicing Street Artists of 2015 in London and we are sure it won’t be too long before we are treated to some fresh delightful works from this talented and witty artist, 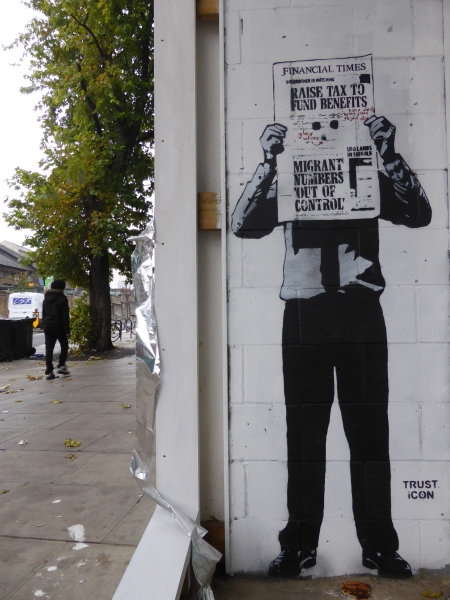 ‘The Watcher’ in Camden Town. This work proved somewhat controversial from some quarters who deemed this piece to be racist, failing to understand the message behind this work. The man in the piece is reading a newspaper featuring some topical headlines (the seeming source of the animosity this work received), however the man in question isn’t reading the paper, he is peeping through it. The work sets to comment on the Big Brother government watching us and hand feeding us information that is set to distract from what is really going on. This is illustrated through the newspaper headlines which are at first glance the focus of the piece, however it is what is going on behind the initial scene that is of true concern. This work was put up with support from The Real Art of Street Art. 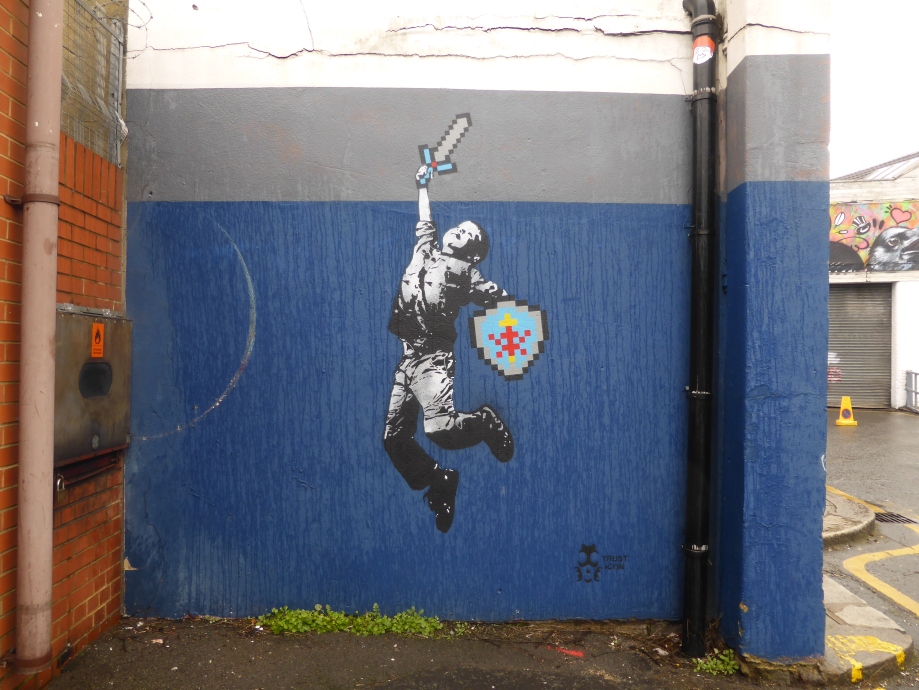 ‘Link’ in Latimer Road. A work playing on the character Link, the leading protagonist from Nintendo’s long running series Zelda, however the character has been switched for an everyday child, suggesting that anyone can be the hero of their own realm. 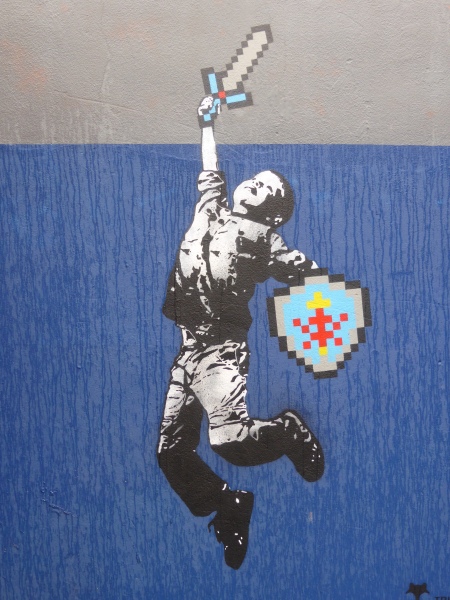