Over the last week London has been host to Singaporean Graffiti Fine Artist Ceno2 who has laid out some fabulous portraits in South London’s premier Graffiti locations, namely the Stockwell Hall of Fame and Leake Street.

From Singapore and starting drawing at a young age, Ceno2 over time moved on to oil painting and subsequently Graffiti, which in Singapore is considered vandalism with stiff consequences for those caught engaging in such expressions, making all the more impressive to see how this artist has honed his craft. Ceno2 had for a long time wished to share his work with people and to uplift the local communties with which he wished to adorn his paintings. In order to get around the stringent laws and penalties in place in his native Singapore, Ceno2 set up Artkhalytis, a creative arts company that serves as a platform to promote and use graffiti for commercial and private projects, which has allowed him to share his works with public audiences and most importantly, keep himself out of trouble with the authorities. Through such commercial projects Ceno2 discovered and developed his own brand of what he calls ‘Graffiti Fine Art’, fusing the graffiti dynamic of spray paint based character work and the technical styling and subjects of western fine art traditions, drawing from influences such as realism, surrealism and cubism. This approach has now lead to Ceno2 painting all around the world, sharing his wonderful works with a far larger audience than one can expect coming from a country with a zero tolerance policy to Graffiti.

Whilst over Ceno2 has created a series of four of his fantastic portraits, of which we have been fortunate enough to catch three of them, and are sharing here right now. It is only a shame that such impressive works have all been placed up in locations where works tend to see such a short life span. Painting alongside resident and visiting Graffiti artists, Ceno2 left a series of slightly surreal and very realistic portraits. Our favourite work from Ceno2’s visit is the Leake Street work of the character sucking on a lollipop with his pinkie finger raised, a true satirical nod to his visit to England.

Work by Ante, Ceno2 & Sam Sure in Stockwell.

Work by Ceno2 in Stockwell. 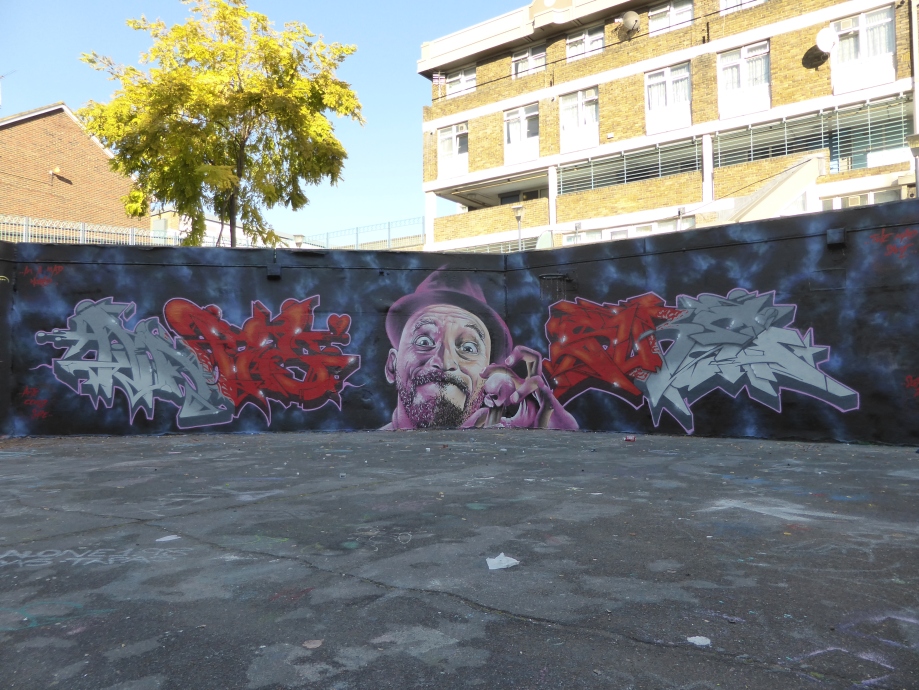 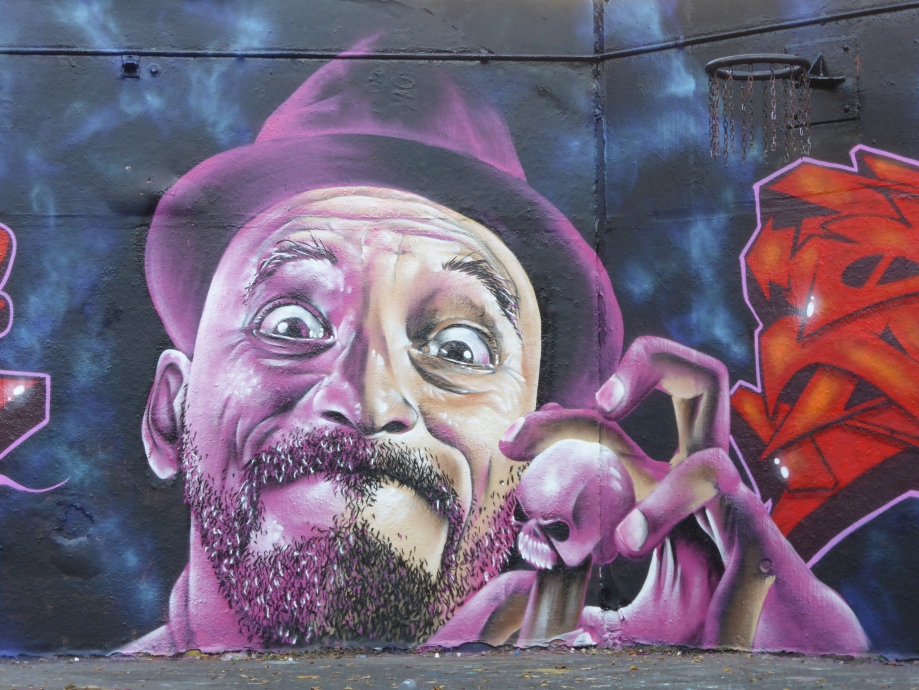 Work by Ceno2 in Stockwell. 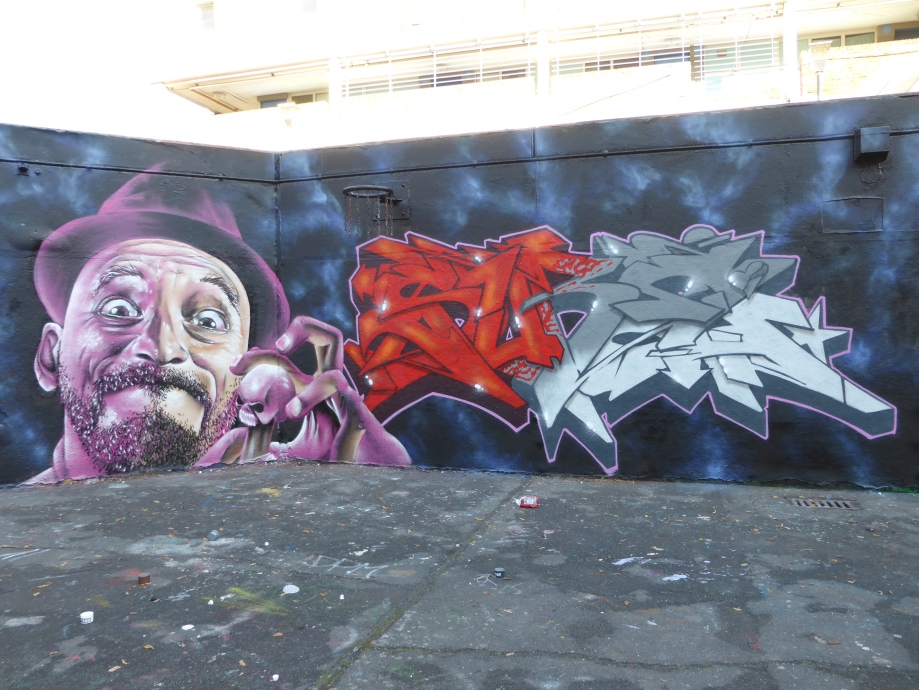 Works by Ceno2 & Sam Sure in Stockwell.

Works by Ceno2, Ante, Ceno2 (again) & Sam Sure in Stockwell. 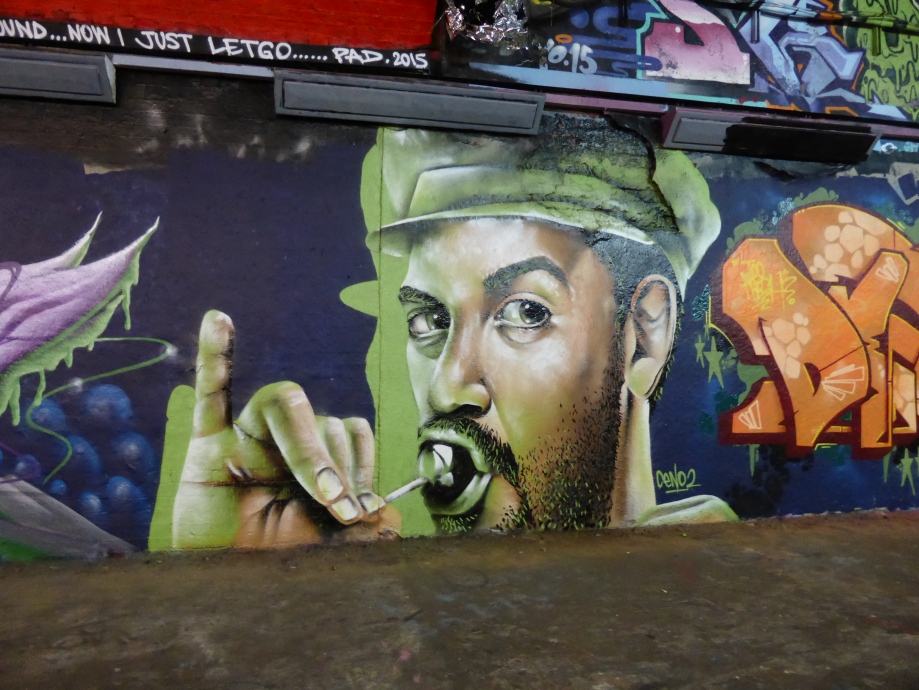 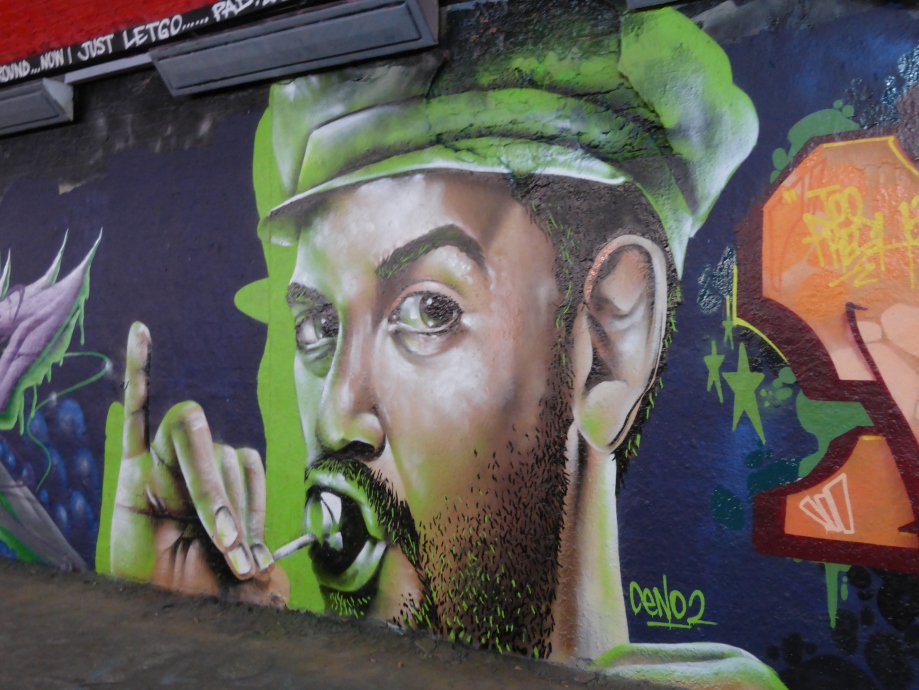