Last week London was treated to a visit from French Street Artist Bom.K, who was over for his exhibition with the MYA Gallery at the Moniker Art Fair in the Old Truman Brewery on Brick Lane (covered here). Whilst over Bom.K took the opportunity to hit out this incredible piece of art on the Kinkao wall in Pedley Street, just off of Brick Lane. Taking some four days to create, almost entirely by spray paint, the effect generated is just fantastic. The work depicts a scene inspired by humanity losing the battle with bacteria and features a character in a protective hazmat suit laying on his back, as his suit fills with toxins and explodes at the centre, leaving the figure floating in a sea of darkness.

The billowing effect created on the expanding hazmat suit is just incredible, the folds really add a sense of depth to the piece and it’s more than impressive to see such an effect created meticulously by spray cans. The work is yet another stunning addition to a wall that tends to see nothing but the highest calibre of artwork. This wall has seen some fantastic pieces thus far this year, but this is one of the very best of 2015 and we hope it stays for a while yet. 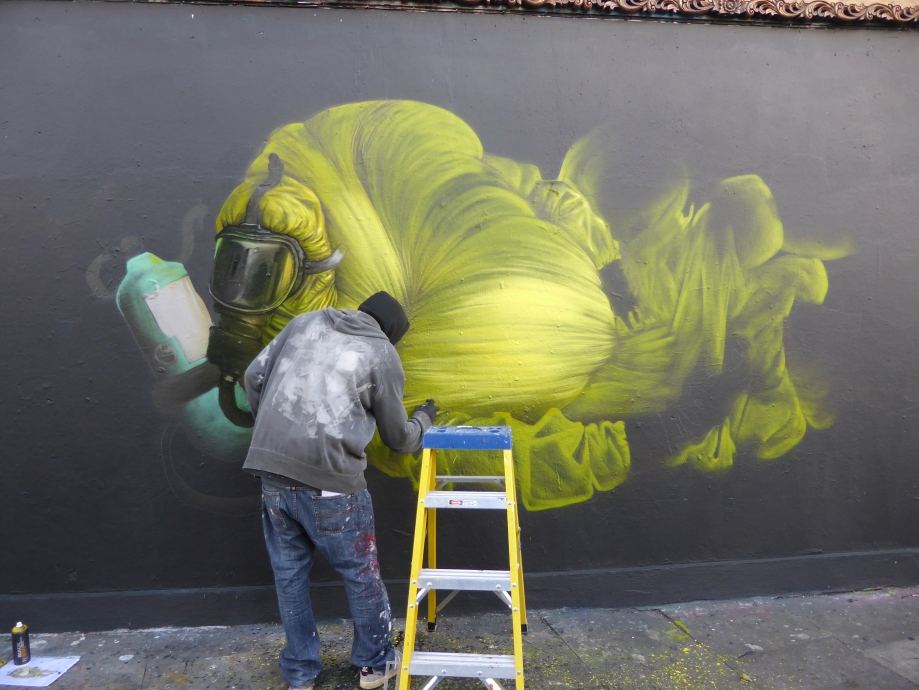 Bom.K finishing up his work on Day 4. 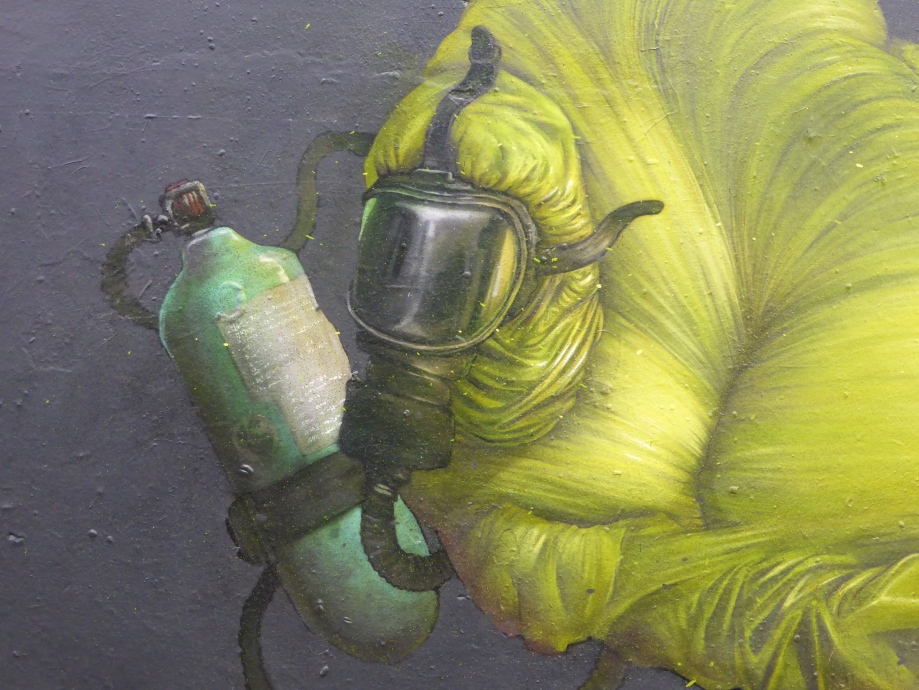 Here is the sketch from which Bom.K was working from.

An admirer snapping a detail shot of the work.