Last weekend on our rambles around Brick Lane we were delighted to stumble across SAKI&Bitches at work on the first of her newest works in London for nearly two years, We had’t been granted the pleasure of meeting with SAKI&Bitches before, but having long admired her humorous tongue-in-cheek works we were indeed pleased to get the chance to catch her at work and even more so to have been treated to two fresh helpings of SAKI’s Bitches around London. Both of SAKI&Bitches’ fresh works can be found in Bacon Street, off of Brick Lane. 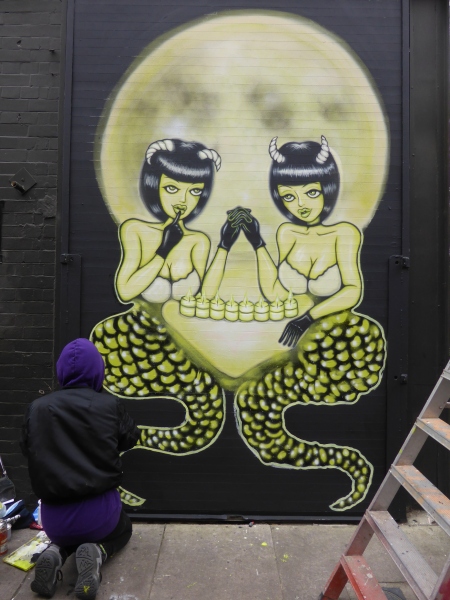 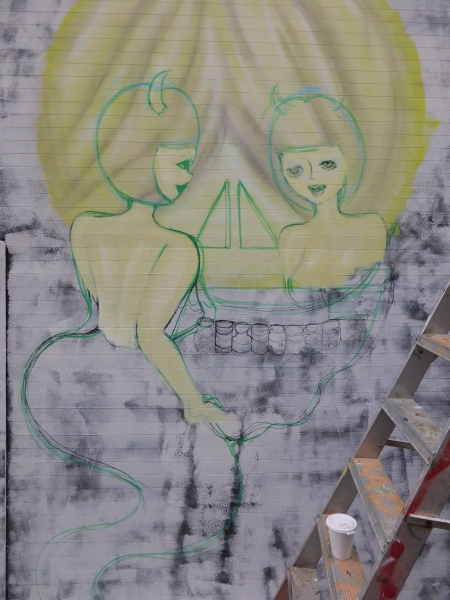 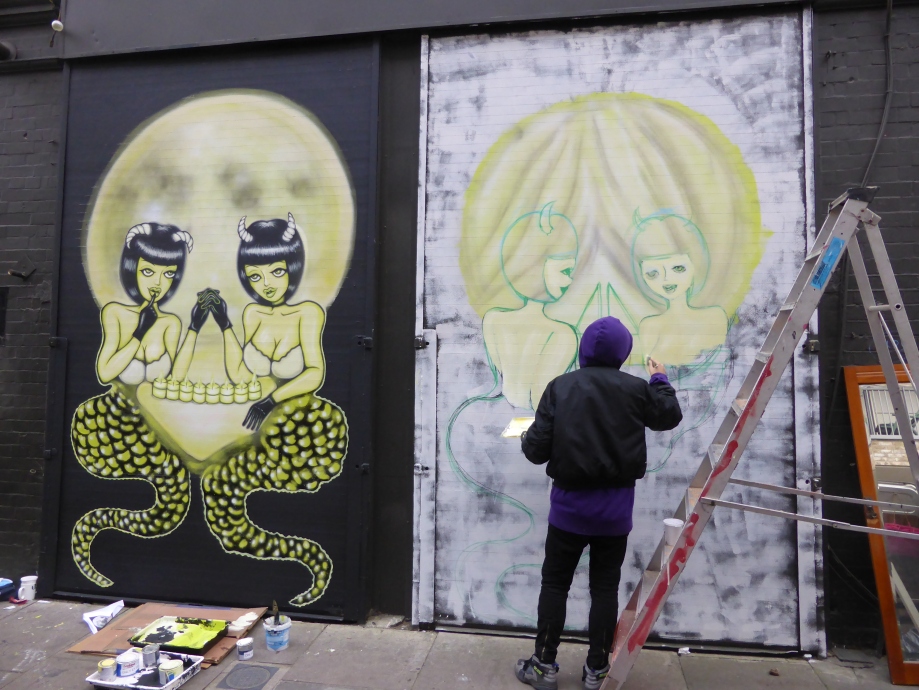 SAKI&Bitches at work last Monday on the second half of the image.

The delightful finished piece. This piece is interesting for a number of reasons, firstly the tongue-in-cheek tone and characters, set to a sedate mostly two-tone colour palette of yellow and black. What is most interesting however is the number of ‘doubles’ in this piece. Firstly the work comprises two images, one on each shutter, each half contains two characters, and best of all the fact that the overall images combine to make a second image when viewed from further back, making two skull and crossbones.

For this work SAKI&Bitches went with a Gothic theme for her serpent Bitches, to be in-keeping with the nature of the business who provided the spaces selling old fashioned and antique items. 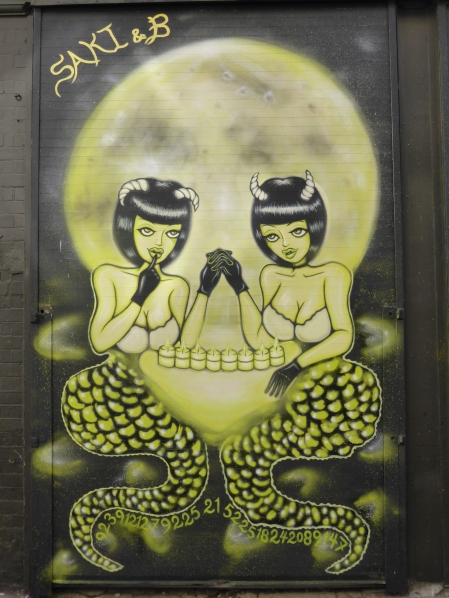 SAKI&Bitches also informed us that often when she paints two characters they are often represented as S&M, with one character being more submissive in tone, as on the left, whilst the secondary character will be more dominant in stance, as on the right.

The right-hand side of the work, featuring her character viewing into a mirror. 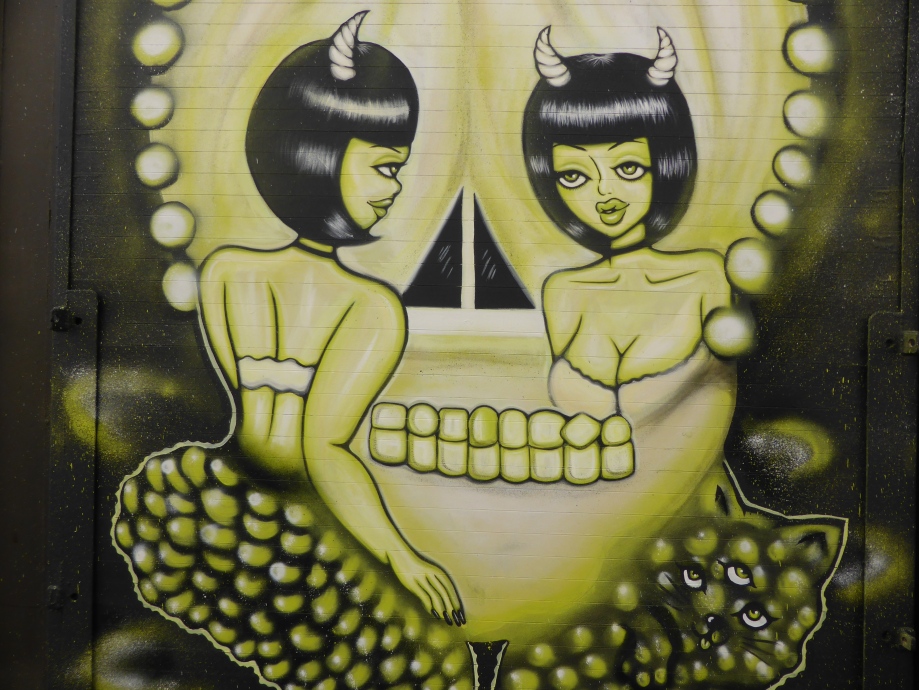 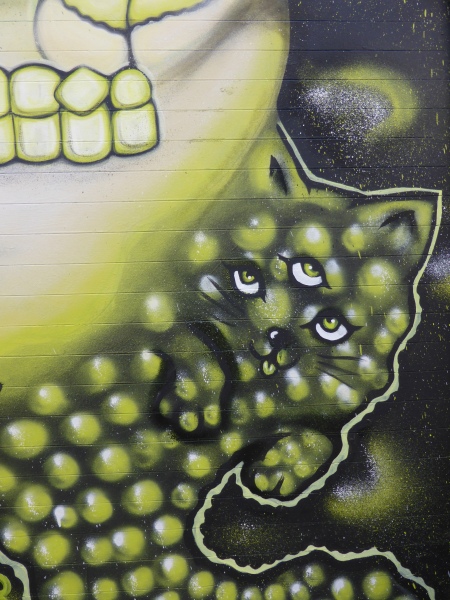 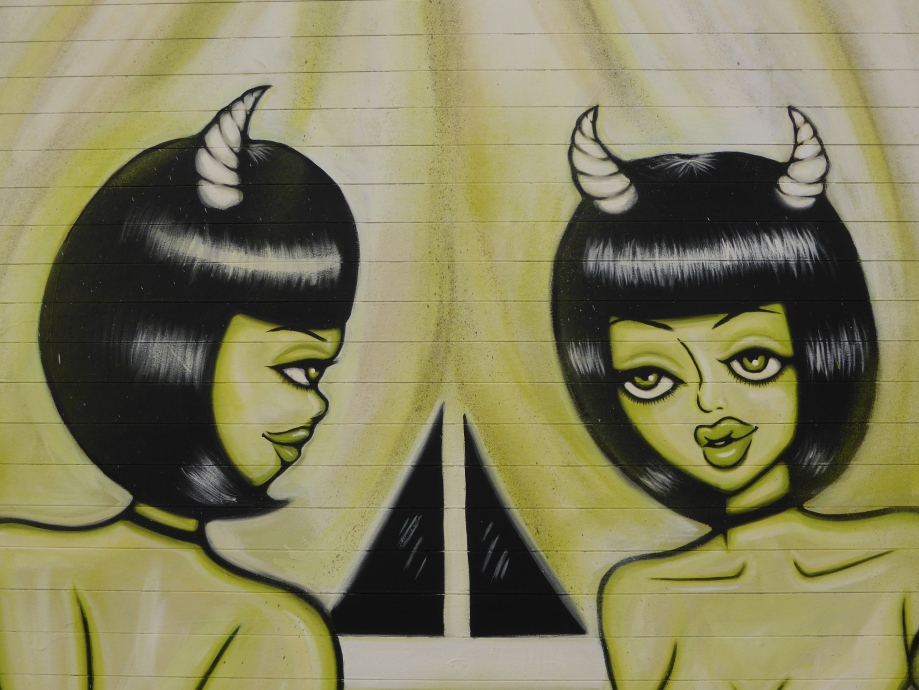 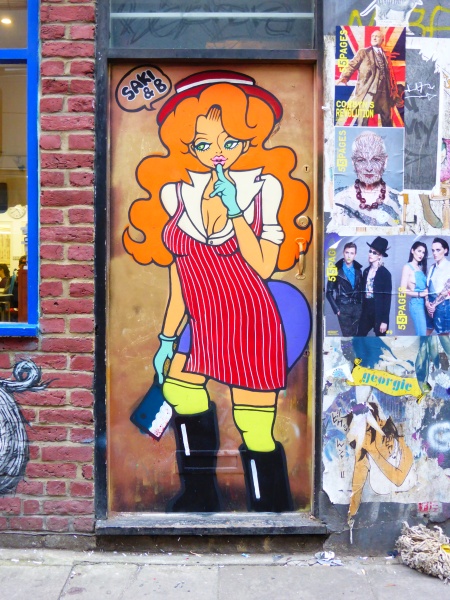 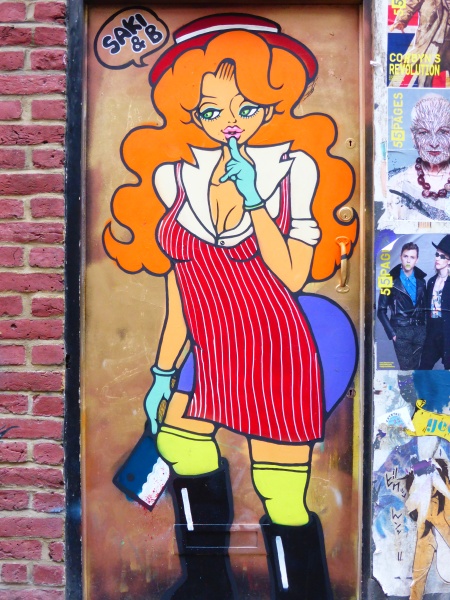 For this work, SAKI&Bitches chose to go with a butcher theme, with her character ready to pounce on ROA’s long standing pig.