Ant’s style is very distinct, comprising the colourful background taking an abstract form, constructed from an elaborate process of being built up with spray paint and then deconstructed with smudges and even partly phased out with primer. It is on this platform that Ant sets to paint the detailed portraiture by brush, with acrylic on the street and oils in the studio, as is the case for the upcoming exhibition. This is what makes Ant’s works so interesting, they mark the point where Graffiti meets Fine Art, where realism meets the abstract, and embodies the journey as an artist Ant has taken, not forgetting his routes, but building upon them and striving to develop and hone the process.

We have long been fans of Ant’s output, his grey-scale realistic portraits sit so well on the fluid and colourful base he composes, creating that striking effect of the beauty to be seen among the chaos. What we love most is how with many of the pieces, the eyes on the subject appear to be looking directly at you as you stand before the work, creating that sense of connection between viewer and subject.

This exhibition presents a superb body of works, portraying a broad range of subjects depicting different sexes, age groups and ethnic origins, set to display the universal beauty in people across all definitions. The overriding theme of the exhibition is to look at the positive in an image, with Ant feeling that quite often artists focus on the negative, with no real sense of deep underlying pretension about the show. For him, it is that initial reaction from the viewer that is the point of this body of works, that instantaneous spark that is formed upon seeing these works for the first time.

The exhibition is located at Shop 7, Dray Walk, The Old Truman Brewery, Brick Lane and runs until Tuesday October 20th. If you are in the area at any point or about London be sure to head along for a stunning collection of works, from this artists’ first major solo show, which certainly sets a great precedent of things to come from Ant Carver.

You can also view our interview with Ant Carver from last week (covered here).

‘Silver Lining’ – Oil & Spray Paint on Canvas. This is one of our favourite pieces from the exhibition, love the effect of the blonde hair, something we haven’t seen portrayed by Ant Carver before. 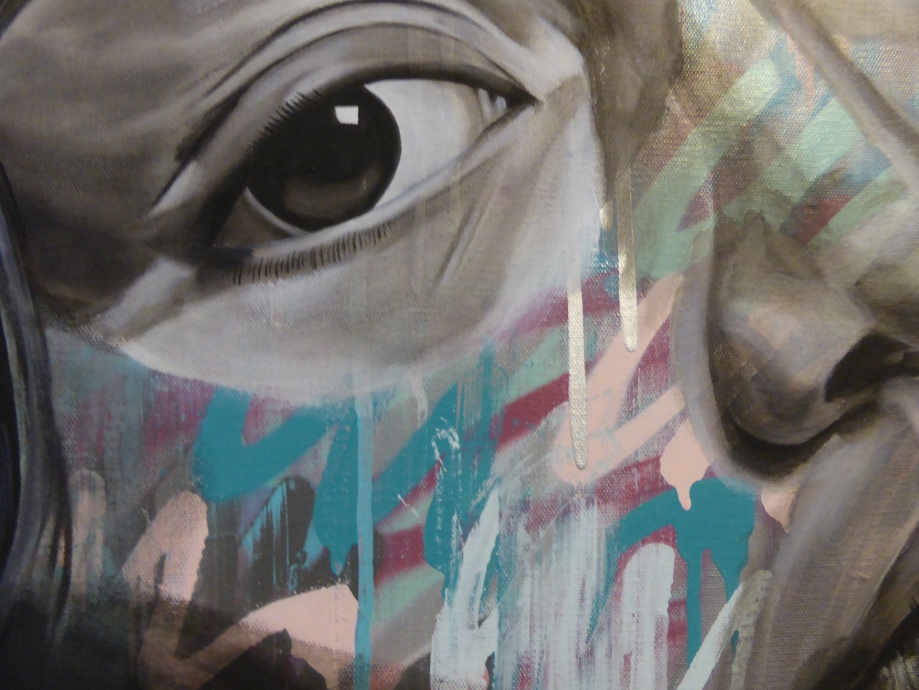 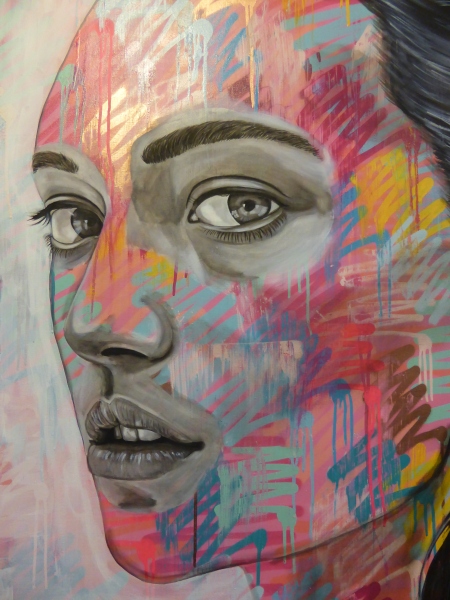 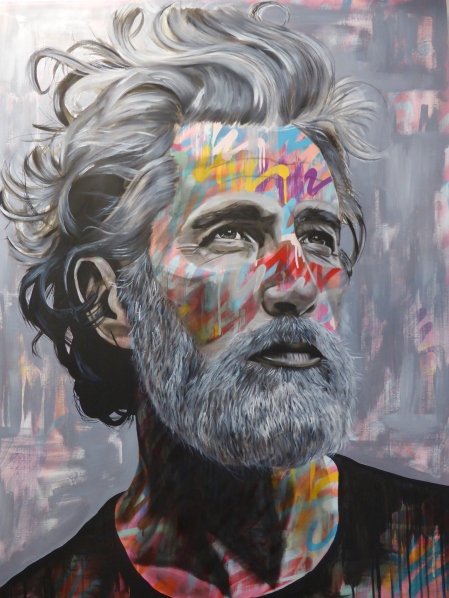 ‘Moving Forward’ – Oil & Spray Paint on Canvas. Another favourite of ours from the exhibition, the effect of the wind swept hair, really creates a sense of capturing a moment and adds a feeling of movement to the piece. 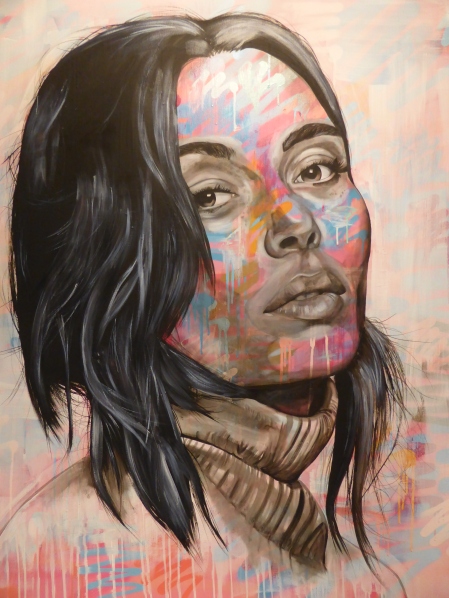 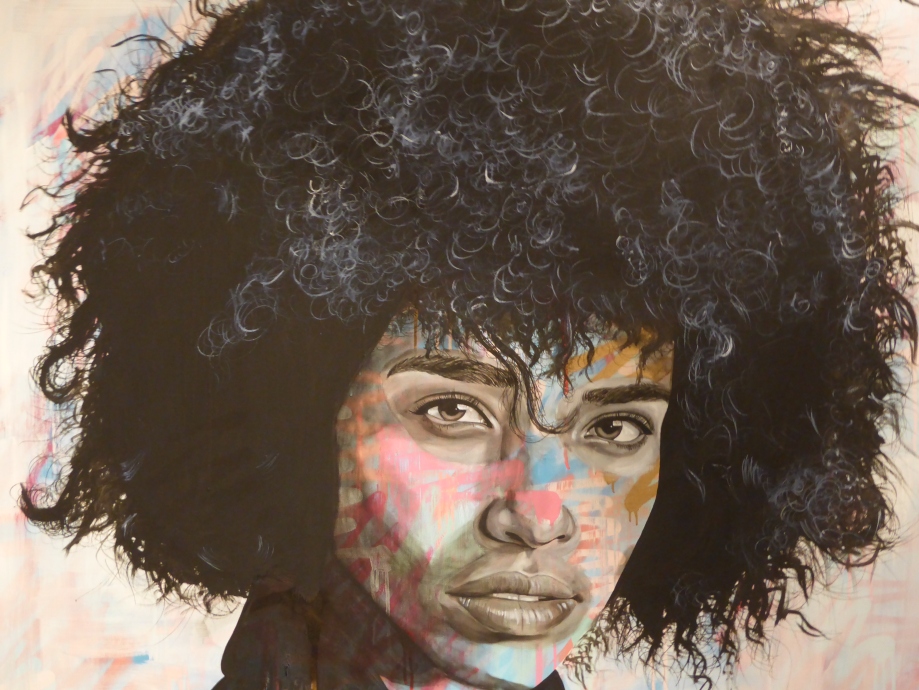 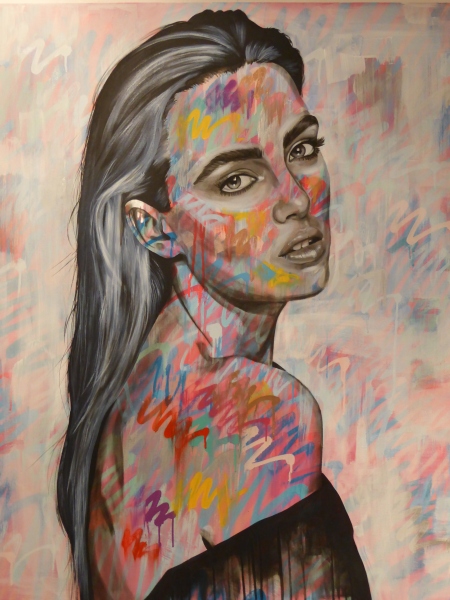 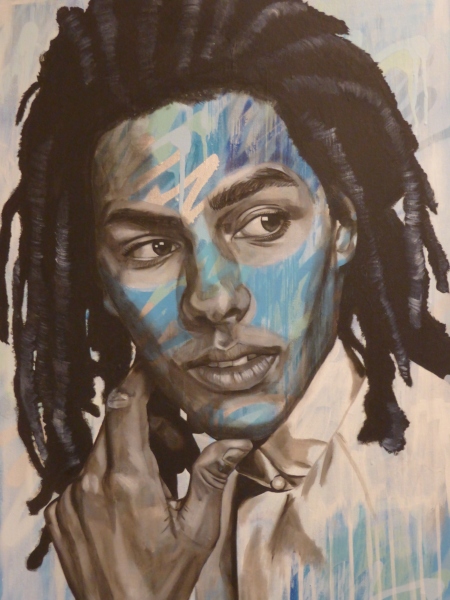 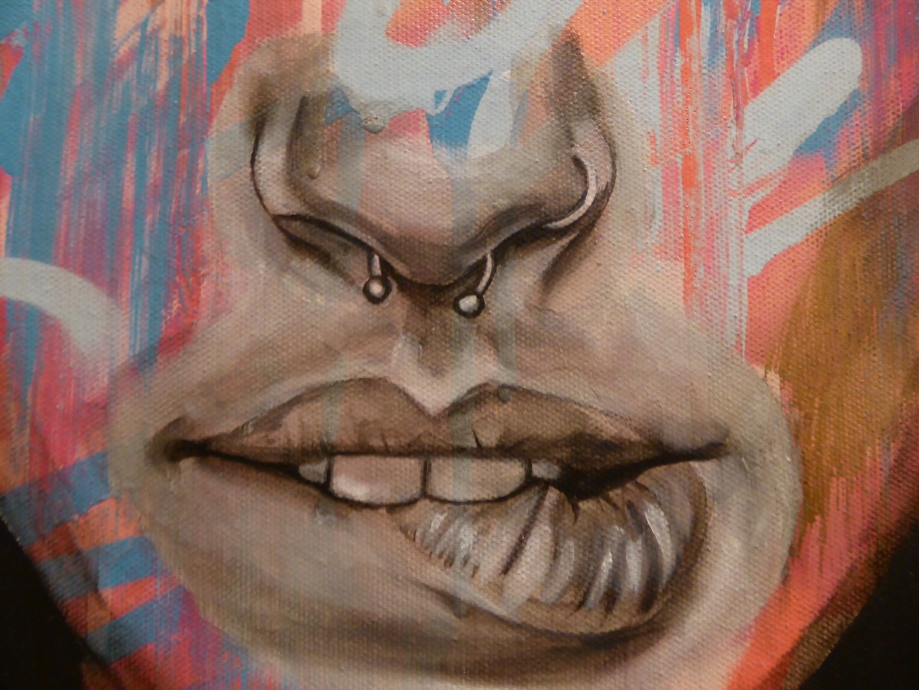 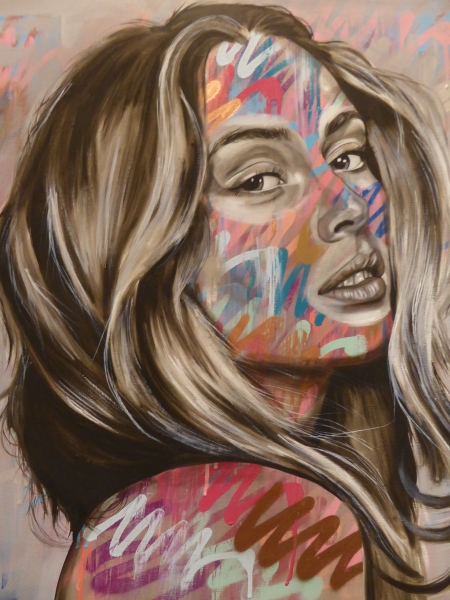 ‘The Other Side’ – Oil & Spray Paint on Canvas.