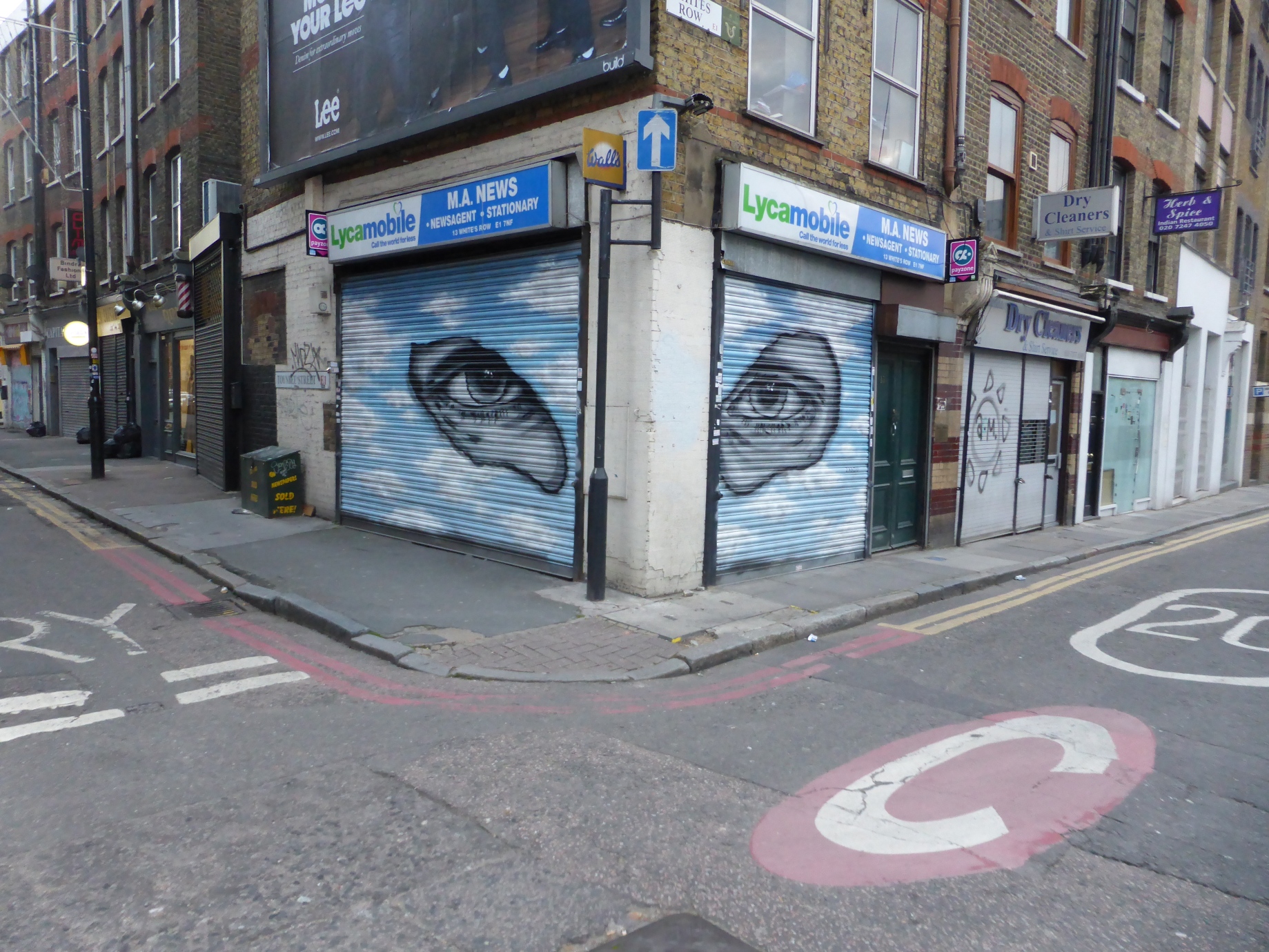 Since we provided our last update on recent works from one of London’s most prolific Street Artists a month ago, we have a further three works to share with you from September, placed up in various locations around East London. As we have said many times now it’s never to long before Zabou is out working on some new stencil-based design and it’s always a pleasure to hunt down fresh works from this artist. 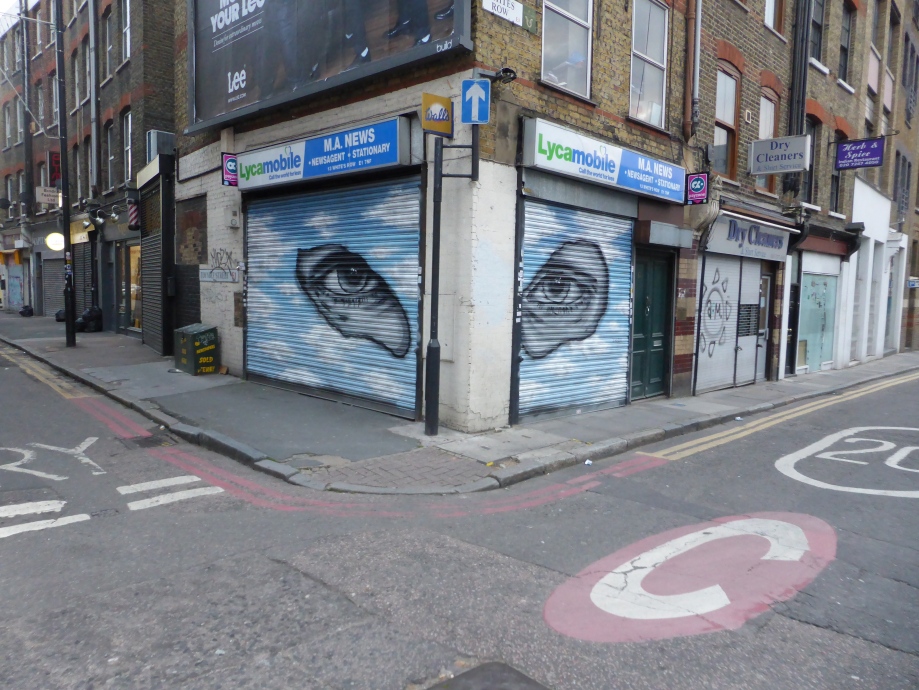 ‘Balaclava’ – placed up in Spitalfields, this is an interesting work from Zabou presenting a contrast between the peaceful serene cloud filled backdrop and the sinister mischievous eyes staring out from the balaclava clad face keeping a watchful eye on passers-by, This piece was inspired by Pussy Riot who are notable for their protests wearing brightly coloured balaclavas. You will have a hard time spotting this piece during daylight hours now, as the shutters of the shop on which it resides are only down from 7pm and as winter draws in, you will most likely for the time being see this piece of a night time only. 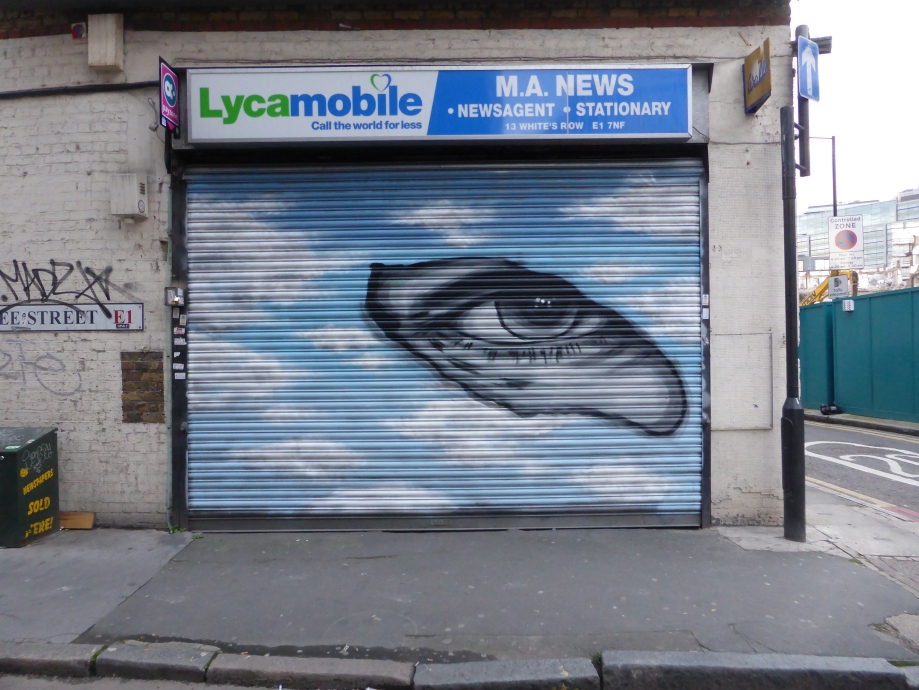 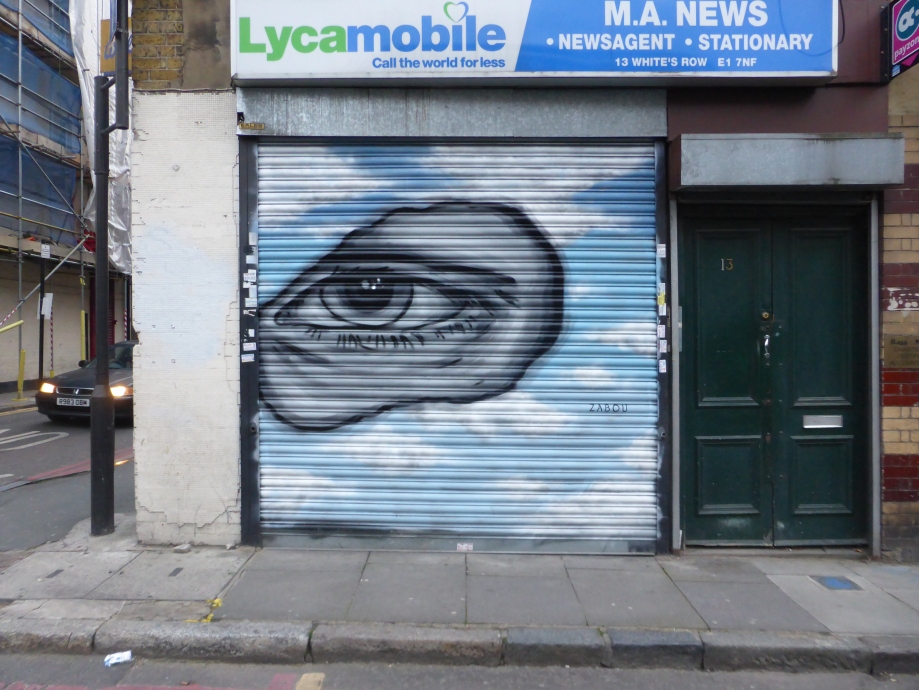 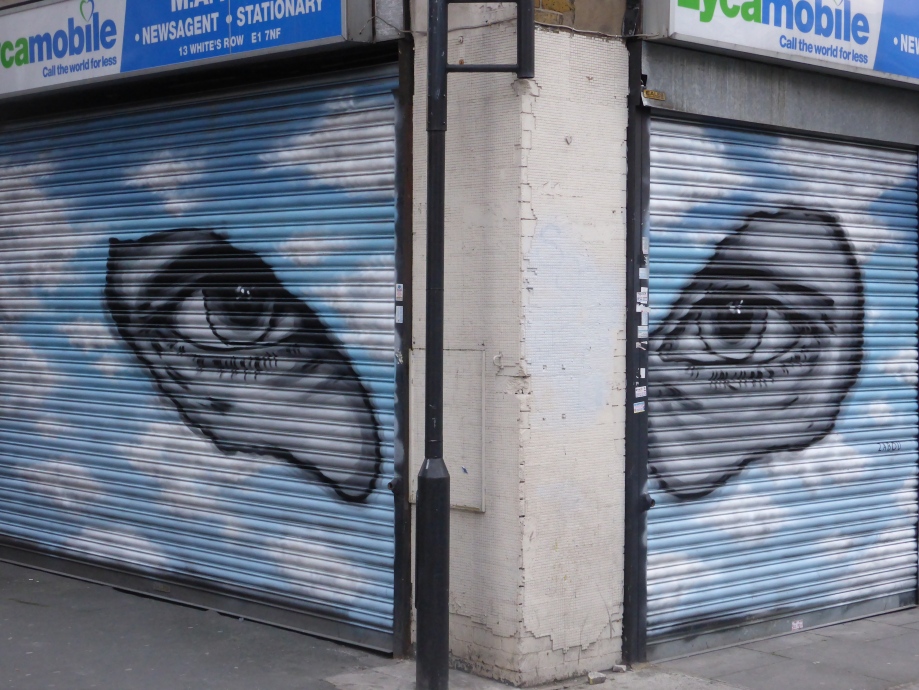 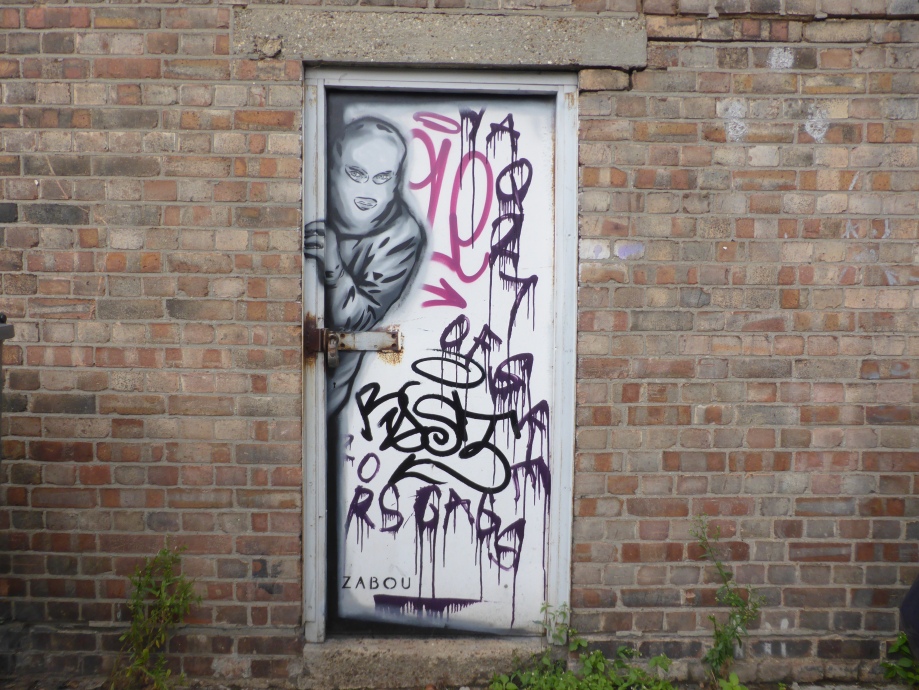 ‘The Thief’ – This work in Bethnal Green is another fine example of Zabou’s persistent ability to create pieces that suit her locations of choice superbly. This piece features a man clad in the appropriate balaclava, peeking out from the graffiti ridden doorway surveying the area, ready to strike. 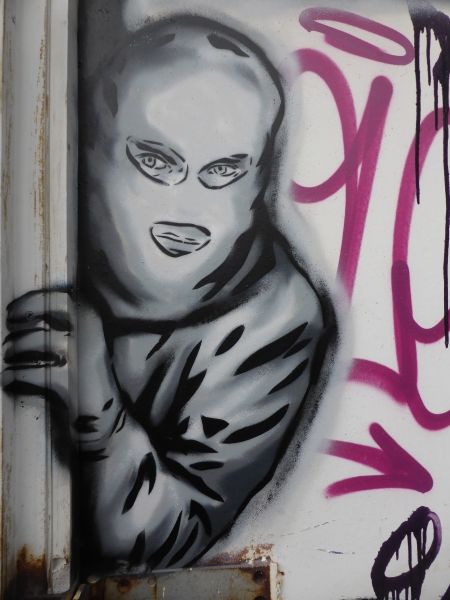 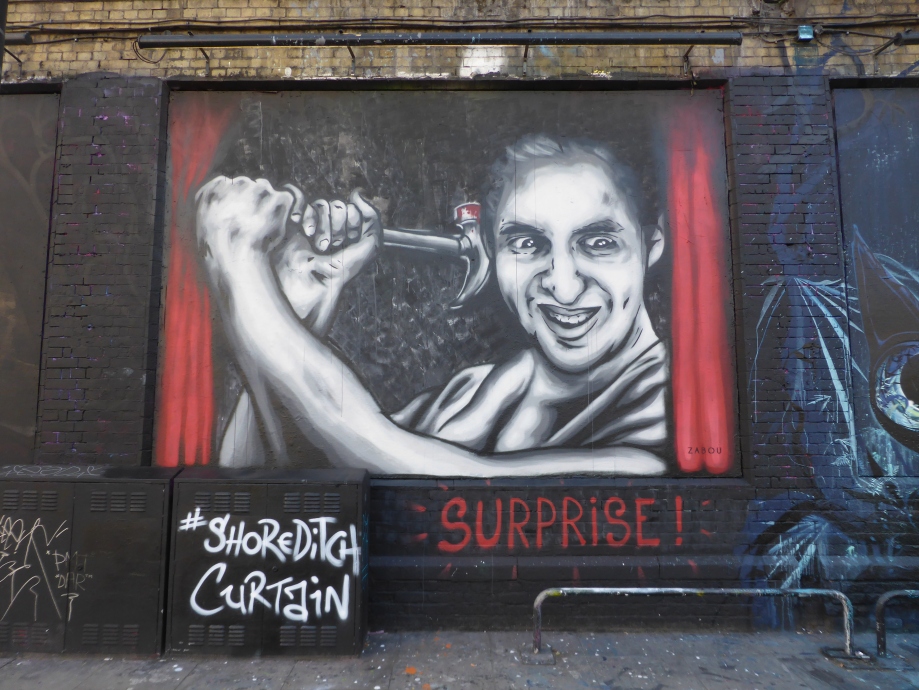 ‘Surprise’ – Work placed up last week for the current ‘Behind The Curtain’ competition on the Shoreditch Wall (covered here). This piece is already gone, as usual displaying Zabou’s talent for creating works that superbly suit the immediate environment. We love the addition of the curtains in this piece and the manic expression on the central character which really does look set to strike passers-by. 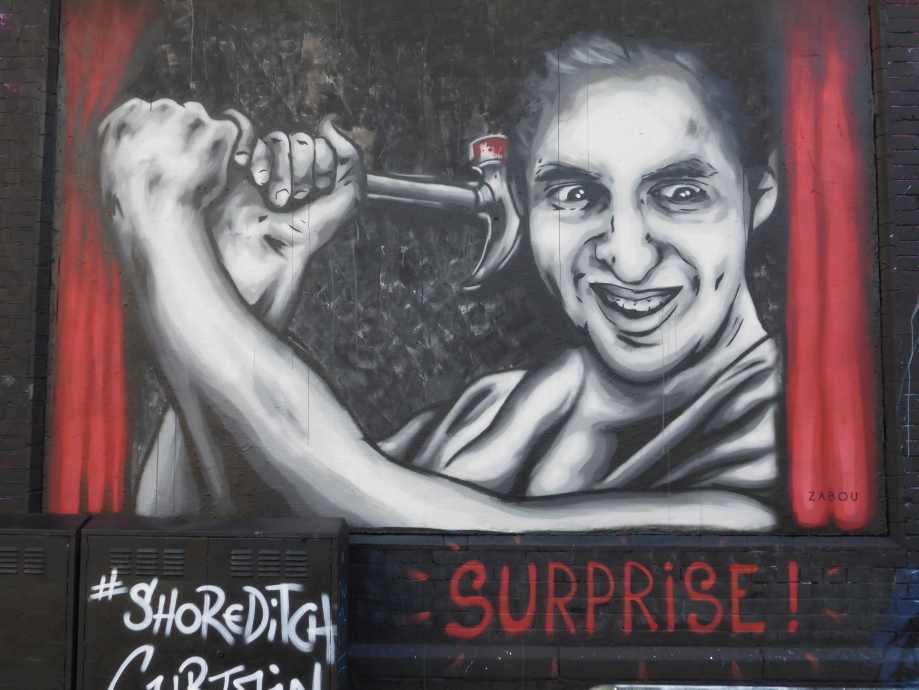