We are a little behind in sharing these great works with you due to all the Street Art events around London the last couple of weeks, however a couple of weeks back London was treated to a visit from New York Street Artist Fumeroism who over a five day period managed to hit out an impressive four works.

Fumeroism who became a graffiti artist from the age of thirteen which through his teenage years allowed him to develop his letter styles, colour schemes and creating characters. From this Fumero went to the School of Visual Arts in New York City, as a cartooning/illustration major and it was here that he developed his distinctly personal style and Fumeroism came to be. A style which focuses on the depiction of caricature driven, figurative works, setting to create a balance between the bold outlines and contrasting vivid colours that fill the work, setting to create an organic fluid energy.

First work with a large-scale depiction on Mr. Bean in Bethnal Green with support from Hidden Streets Of London. 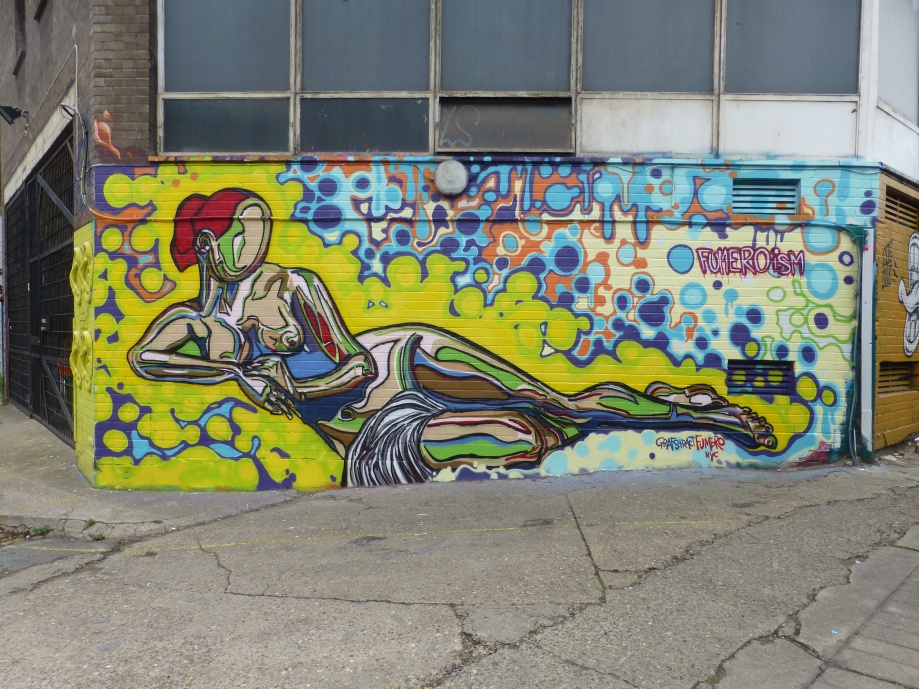 Work number 3 placed up in the Nomadic Community Gardens as a part of Meeting Of Styles London.

Fumeroism’s final work placed up in Camden Town with support from The Hidden Streets Of London. This work is by far Fumeroism’s most elaborate work from his visit to London, and while we absolutely love the subject matter of his first work in Bethnal Green this is our favourite work from his whirlwind visit. 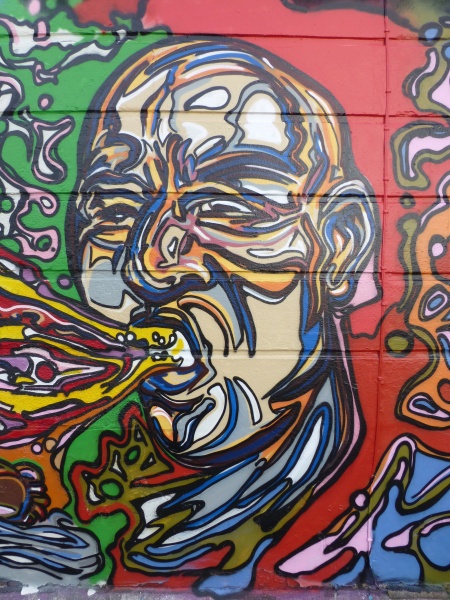