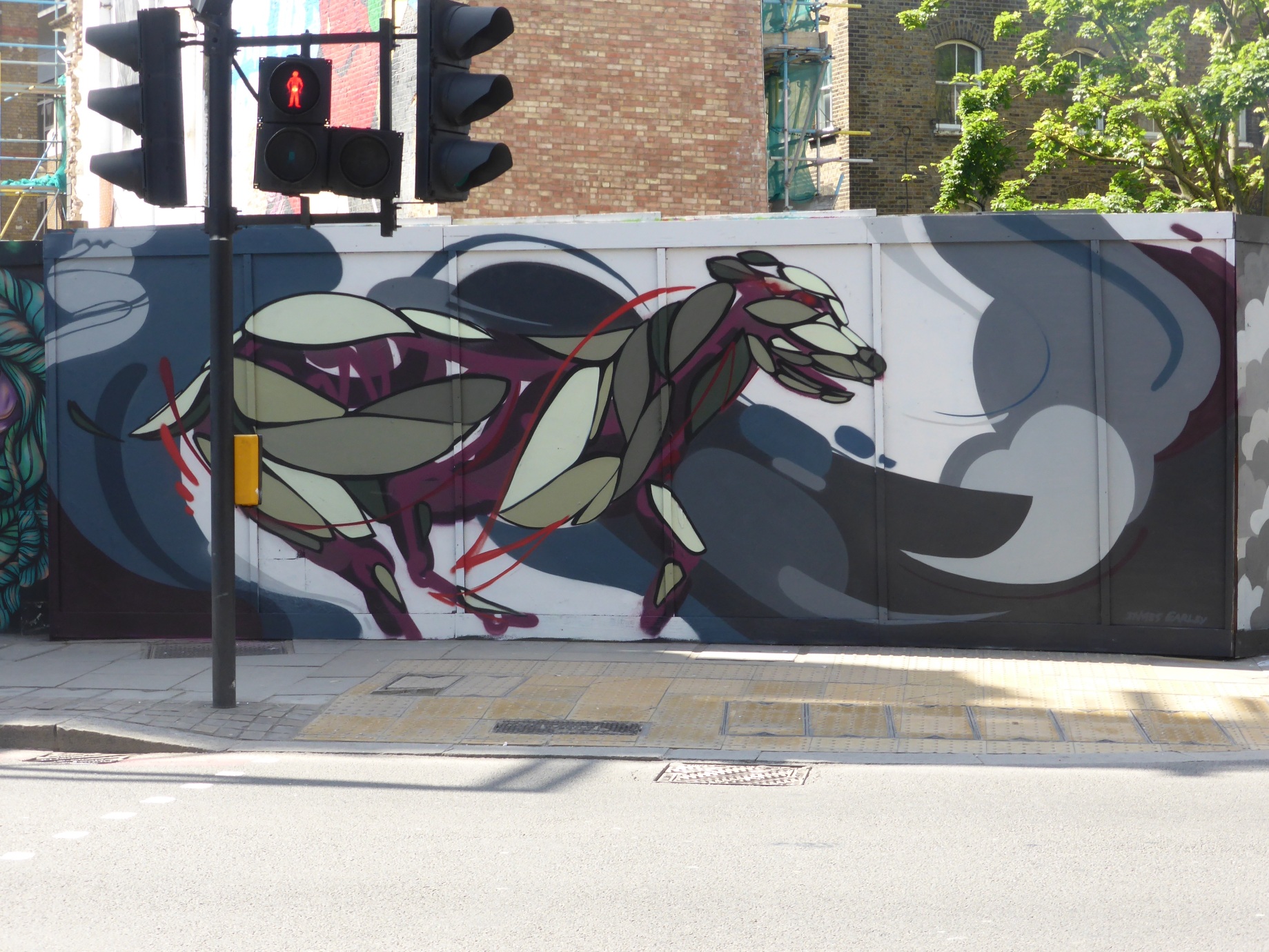 Over the last week London has been visited by Irish Graffiti Writer and Street Artist James Earley, who while over from Dublin has hit up two walls around the East End, with the first work put up on Buxton Street, off of Brick Lane, and the second work on Great Eastern Street, Shoreditch. Both images depict an abstract break down of the internal composition of the animal depicted, in these cases a bull and a hound. 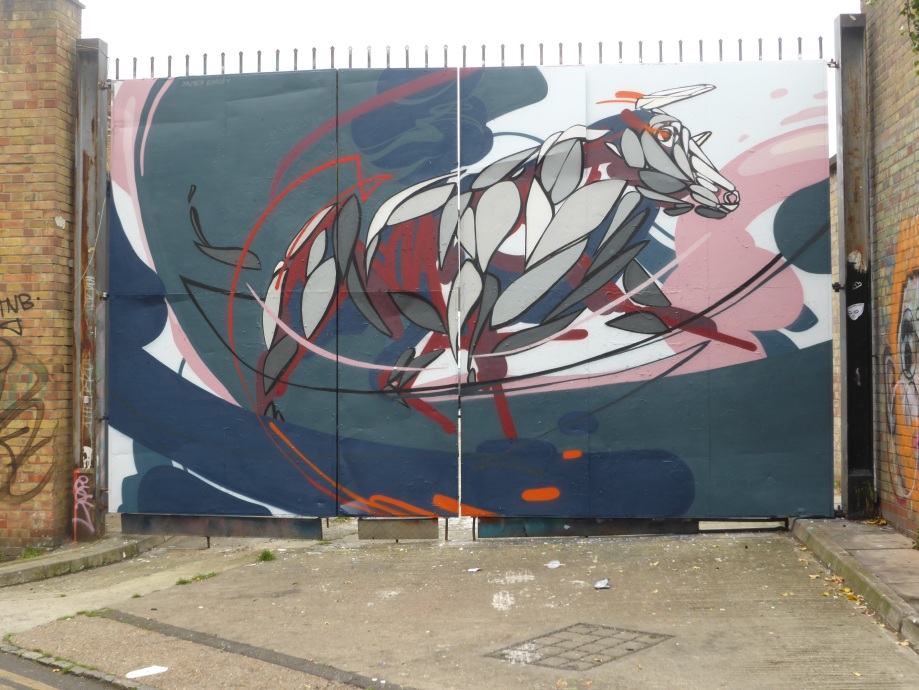 James Earley’s first work put up in Buxton Street, off of Brick Lane. 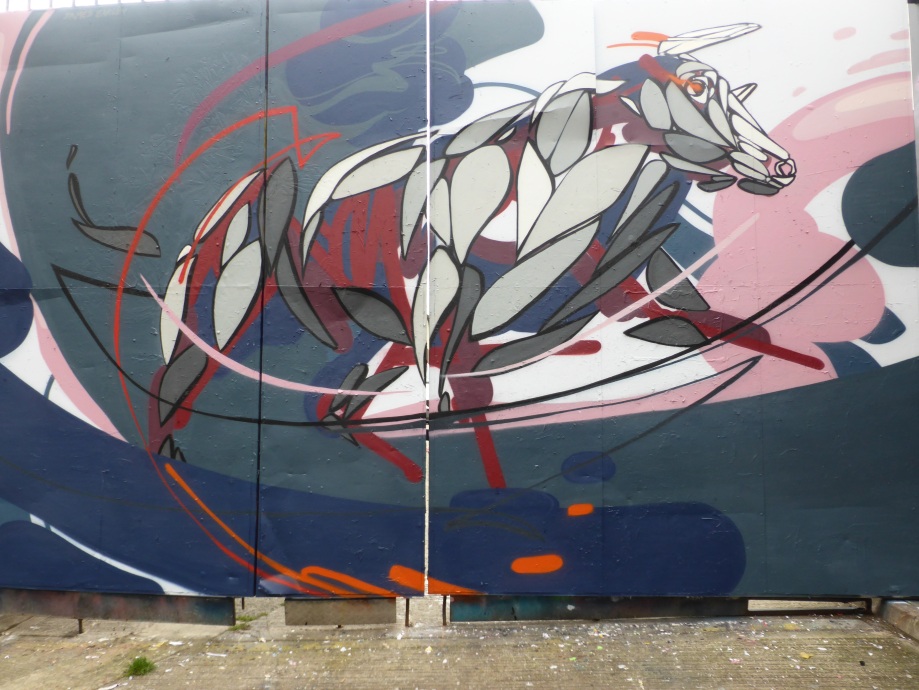 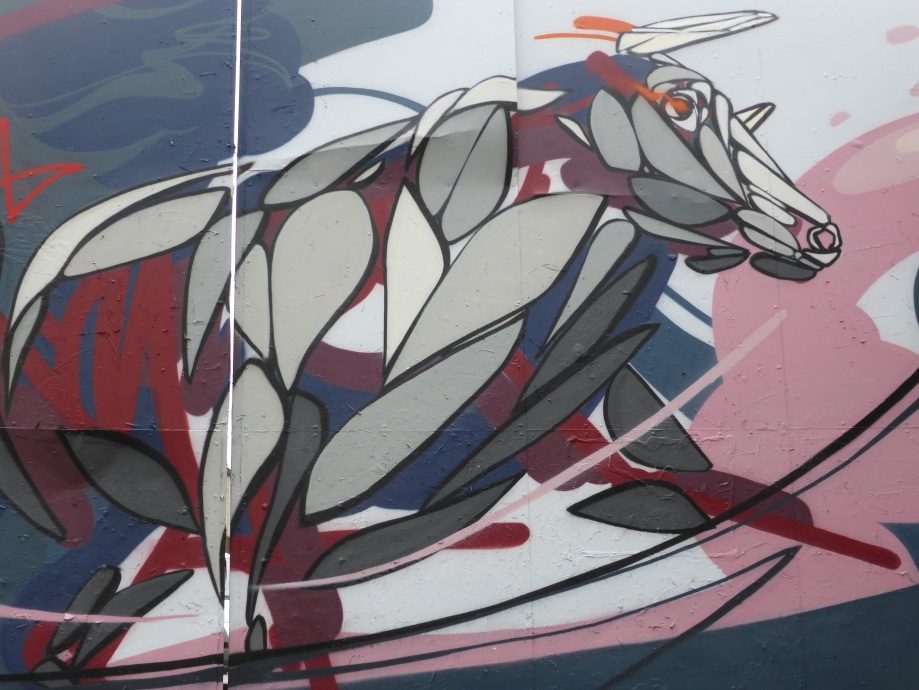 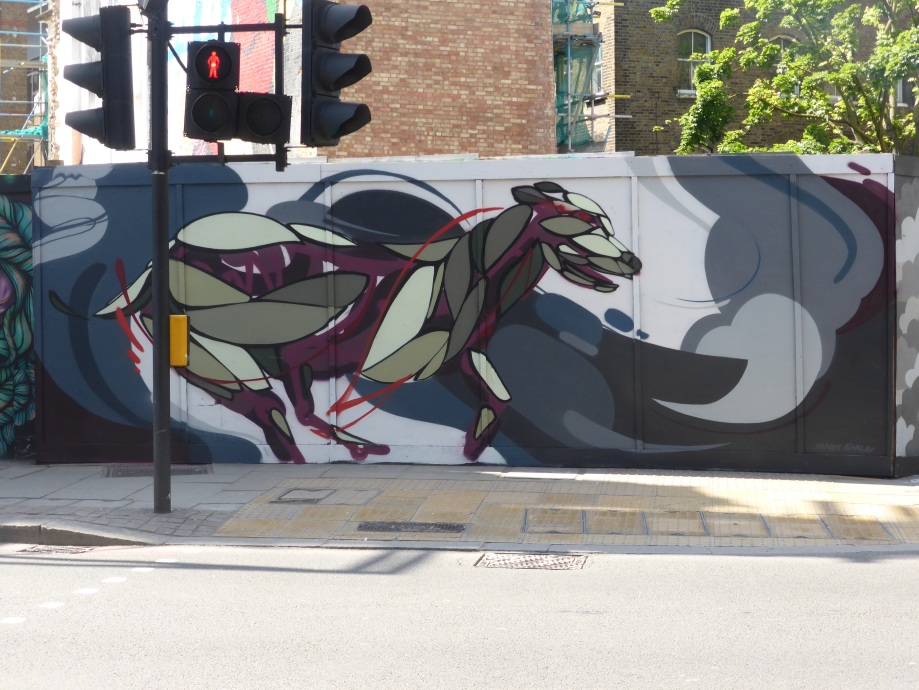 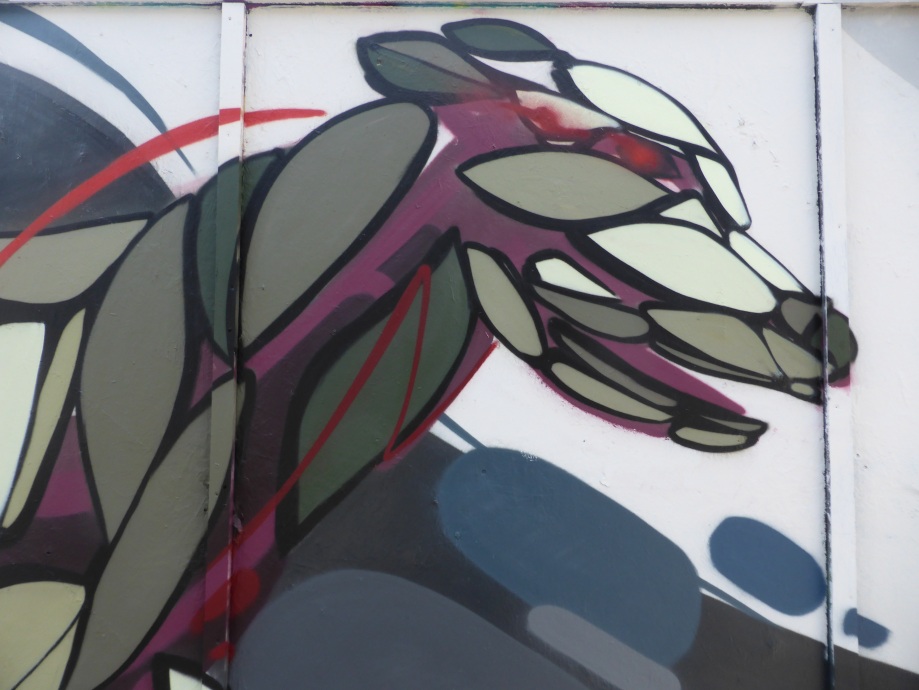