Italian artist Pixel Pancho’s ‘Memory Of Our Life’ exhibition is currently on at the StolenSpace Gallery, and what a show this is. For his first exhibition in London, Pixel Pancho has been given Room 2 of the StolenSpace, in which he, as the show’s leaflet states, has set to create an ‘Installation which will transport viewers into a surrealistic robotic environment.’ 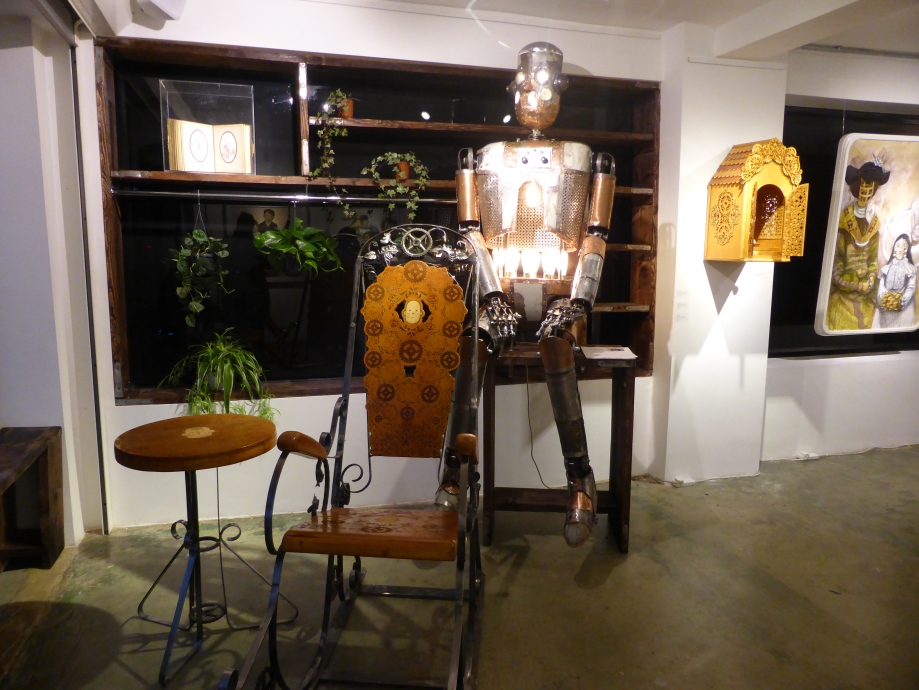 Pixel Pancho studied art for some 8 years, primarily at the Academy of Fine Arts in Valencia, and his work is influenced by such diverse artists as Joaquin Sorolla, which accounts for his painterly style, as well more surrealist artists including Salvador Dali. Not your archetypal street artist, with such strong roots in the more traditional fine arts, Pixel Pancho started painting on the streets while studying at college. It was here he developed his main style and theme which is to focus on the ‘humanization of the robotic form.’ 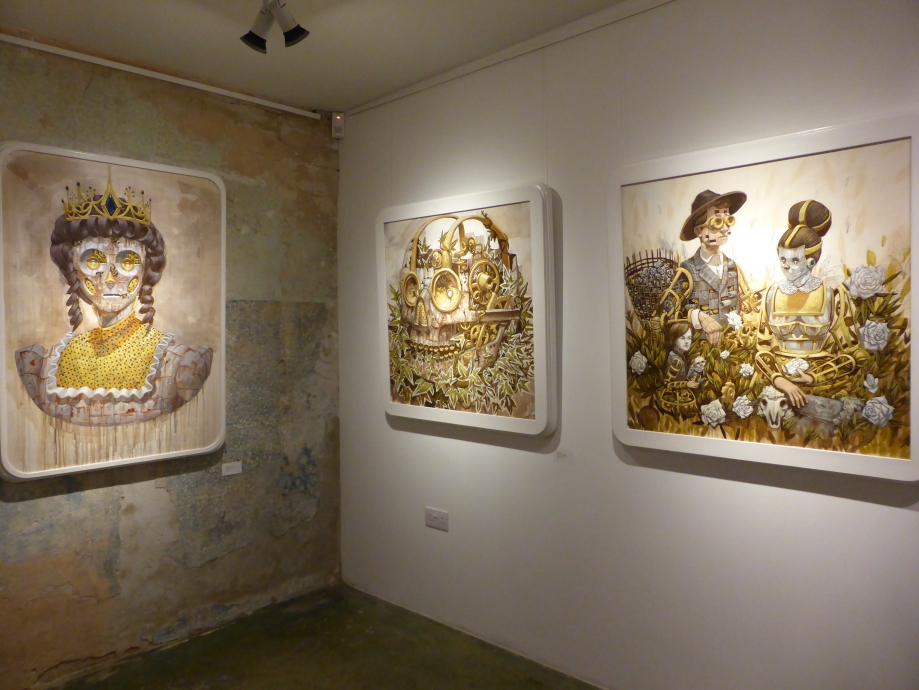 His work depicts androids or cyborgs comprised of metal screws, gears and rotors, reminiscent in part to something from the sci-fi genre. Coupled with rusty exteriors Pancho’s robots are set to reflect extensions of the human bodies and the manifestation of man in trying to be gods by creating such ‘creatures’ in the first place. This exhibition features a series of paintings as well as several installation pieces, including his larger than life hand made robot ‘Michelone’, and his beautiful Musical Carrilion, which we were lucky enough to see in action. The show is entitled ‘Memory Of Our Life’ and is focused upon the circle of life and the varying stages of our life in which we grow up, learn and make mistakes, set to be paralleled through the portrayal of his whimsical and intricate characters.

‘Robot Save The Queen’ – Acrylic & Pencil on Wood Panel. 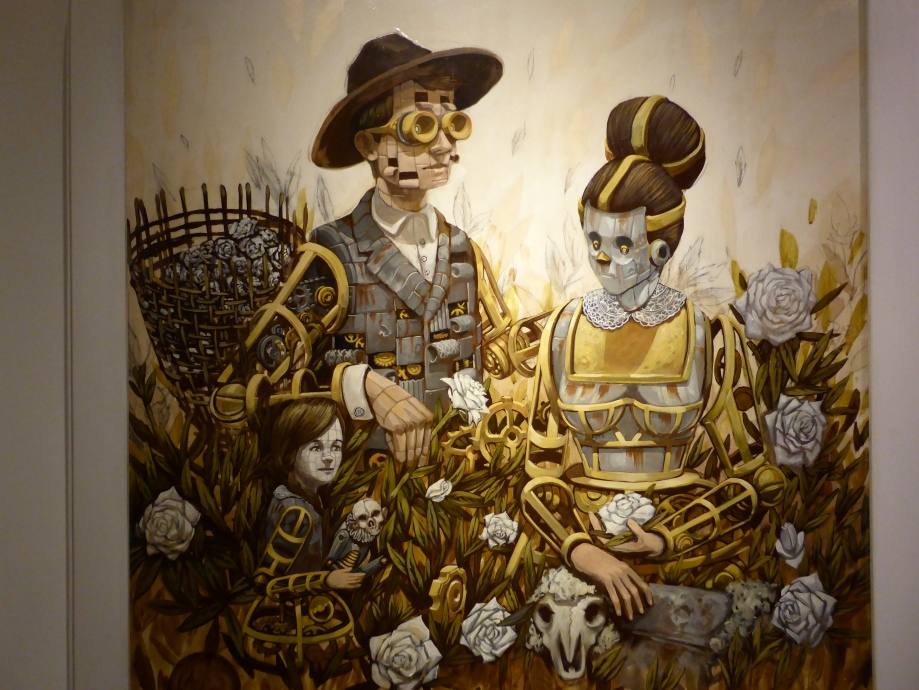 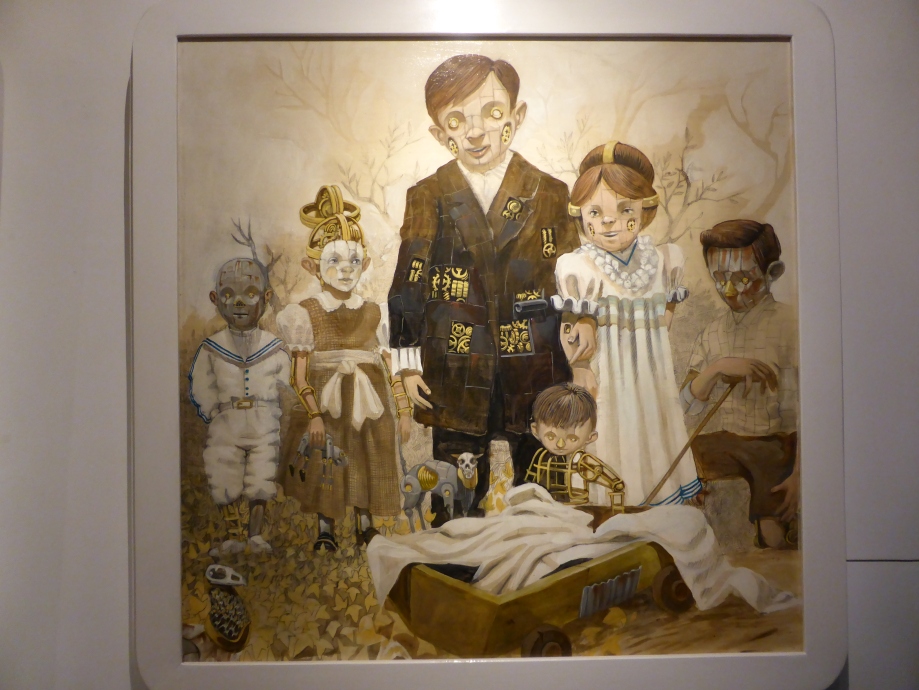 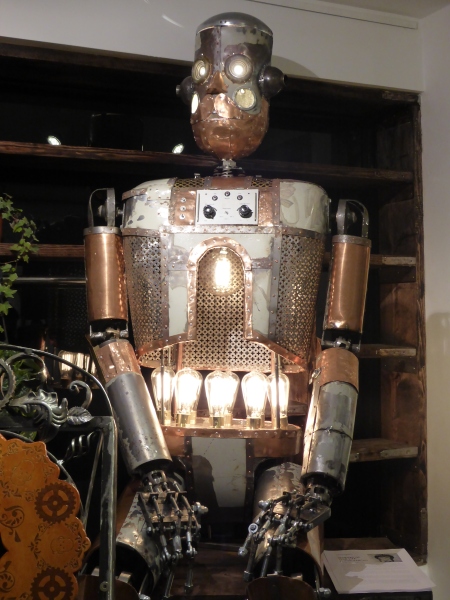 The exhibition runs until April 12th, be sure to head along for an excellent debut exhibit in London.