Over the course of Tuesday and Wednesday, Bristol artist Georgie came back down to London to repaint, in a more ‘permanent’ manor, her fabulous and touching piece “Believe In Me”, which she had created the previous week for Femme Fierce Reloaded. For Femme Fierce Georgie had created her piece with a strong disposition towards one of the fundamental aims of Plan UK’s charity campaign “Because I Am A Girl” which sets to highlight among other issues, that of Child Marriage. At Femme Fierce Reloaded Georgie laid out this piece in honour of the aim of the charity and certainly put out one of the more ‘message’ based pieces relating to the cause of the event. A female member of the Bangladeshi community from the Brick Lane area (on Instagram as @bricklane1) saw this piece at Femme Fierce and then arranged for Georgie to come back to London to recreate this piece in the heart of the Bangladeshi community in the East End. Thankfully this did indeed happen and Georgie’s piece will last longer than the many fabulous works recently created at Leake Street for the charity. Georgie’s piece isn’t over complicated in its symbology and message, but not too over bearing in its statement either. Consisting of a five layer stencil process, again set to the same blue backdrop as was present at Femme Fierce Reloaded – the colour of the Plan UK campaign, with additional messages in Bangali stating “Believe”, in the backdrop. The stencil of the young Bangladeshi girl is striking and really grabs you as you go past.

For Georgie the key concept behind the piece is the statement of “Believe”, which isn’t an instruction, but an idea, posed more as a position to consider, than just merely adopt. Change will only come through gradual shifts in cultural attitudes and practices, Georgie hopes this piece may help foster that view, even if only with 1 person takes something from it, George will consider it a victory, and so would we here at London Calling. The final aspect of the work integral to Georgie’s idea is not just a sense of ‘Believing’ in the girl, but the ‘girl’ in question needs to believe in herself also. Great work to @bricklane1 for organizing and a great and touching work from Georgie, in a superb and relevant location. Thanks so much for the heads up Georgie, so that we could come along and witness the work in progress and gain some very valuable insight from yourself about the striking piece, a real pleasure to see and report on. 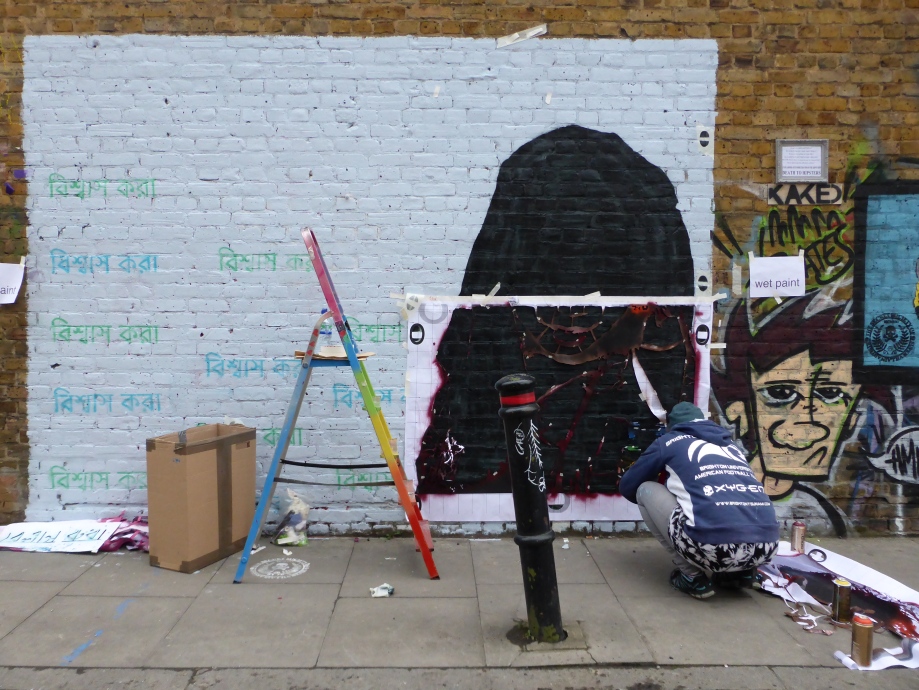 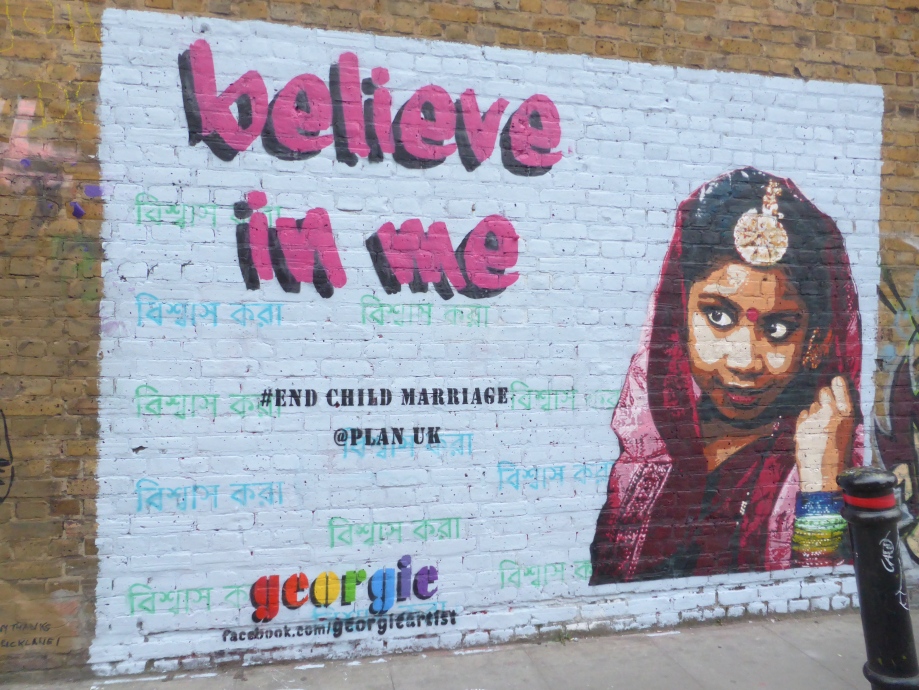