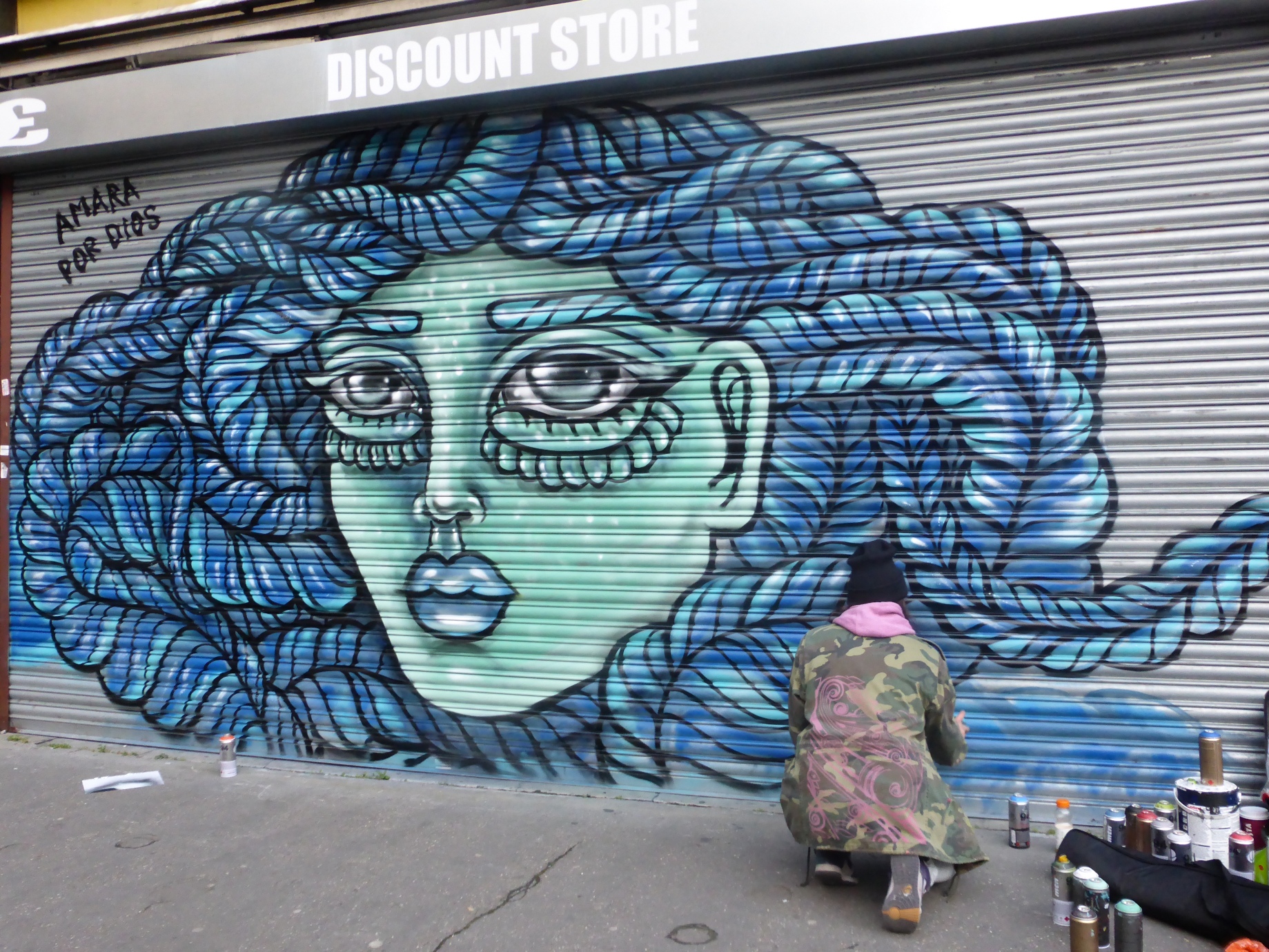 In our fourth and final installment of feature pieces from Femme Fierce Croydon 2015 we have Swedish artist Amara Por Dios, with a superb piece and certainly the most impressive to witness being built up throughout the day. Amara Por Dios was so meticulous in the touches she applied to her shutter throughout the entire process, seemingly absorbed in her work. Her style is influenced by American art from both continents in the North and South, drawing upon the styles of the Incas and the Totem poles of the Native Americans. Her work has become an increasing feature of London’s street art scene over the last couple of years since she arrived in London permanently and here you can see why, her work is so striking. Enjoy. 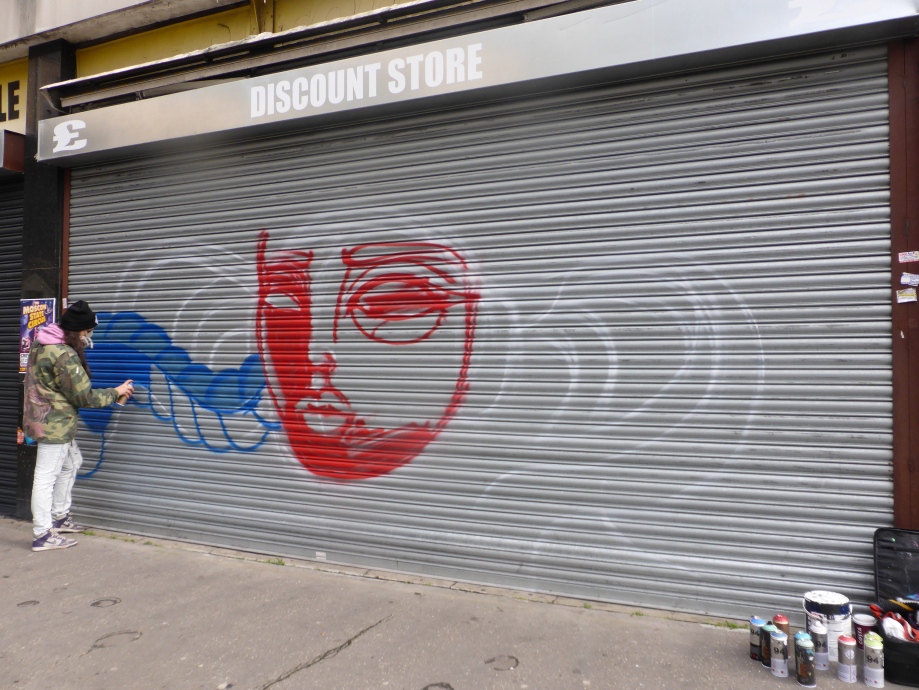 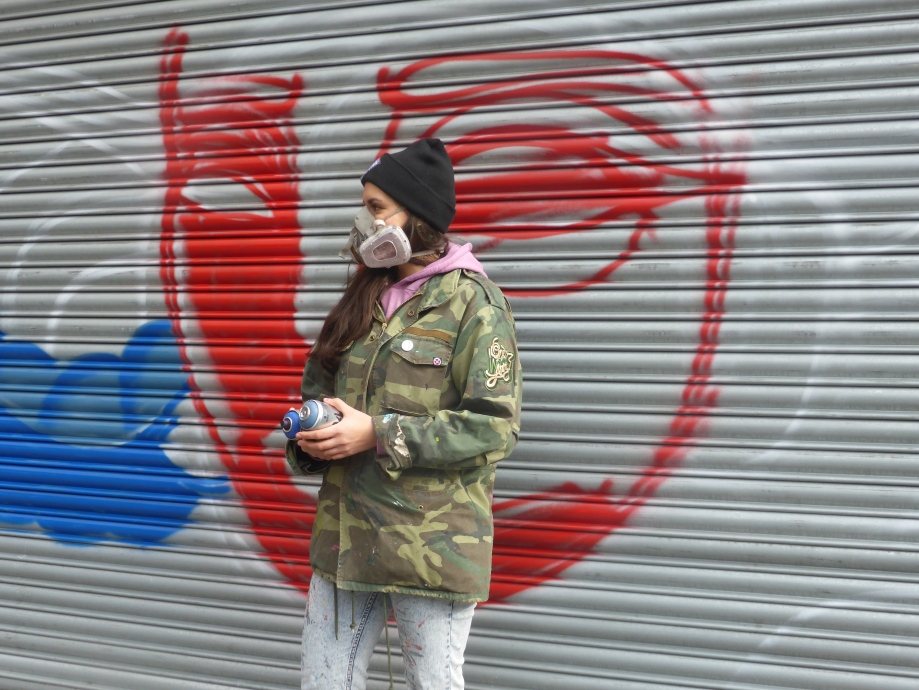 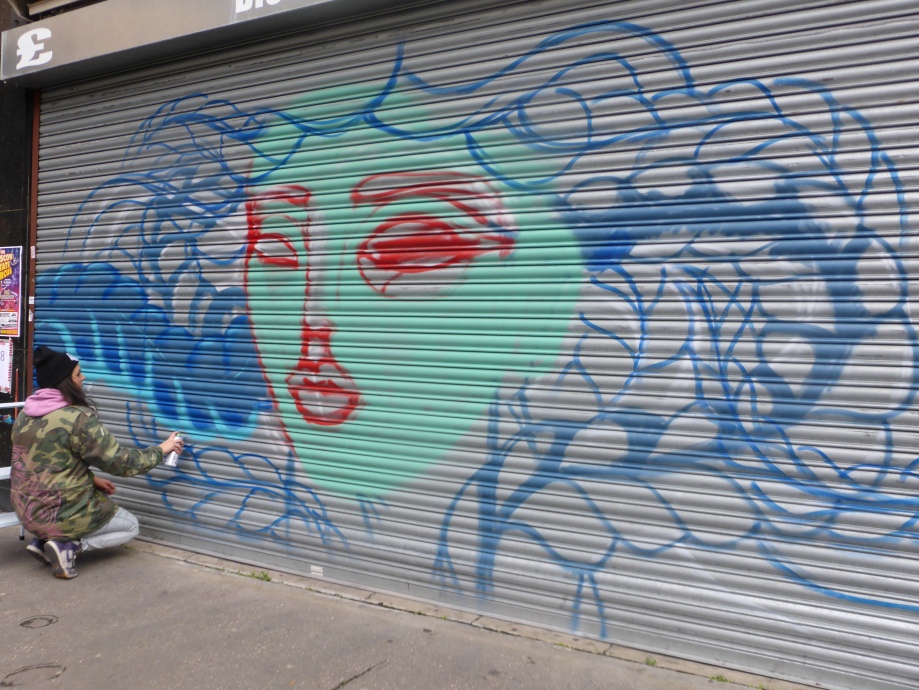 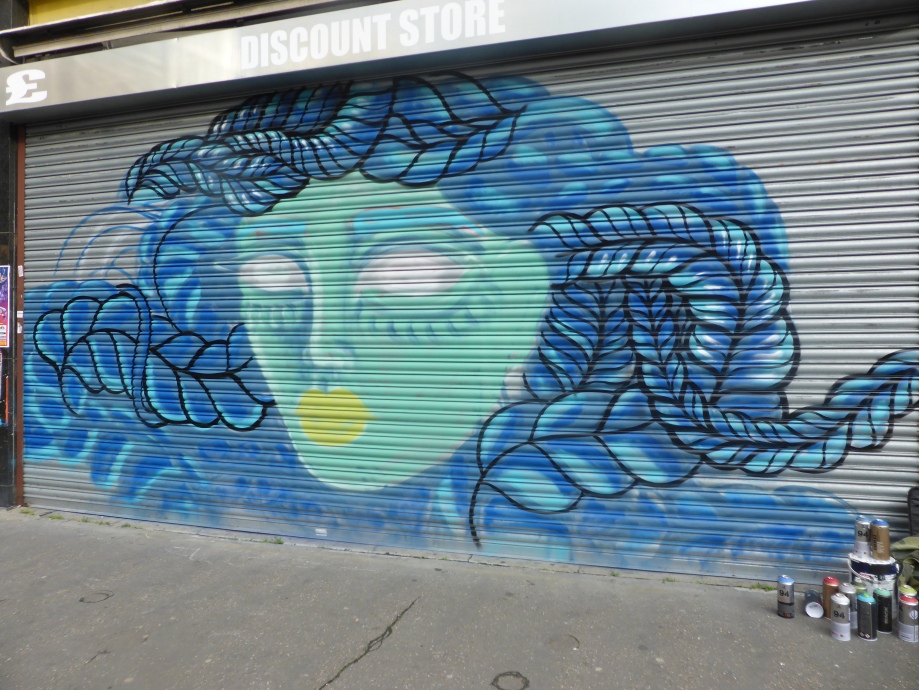 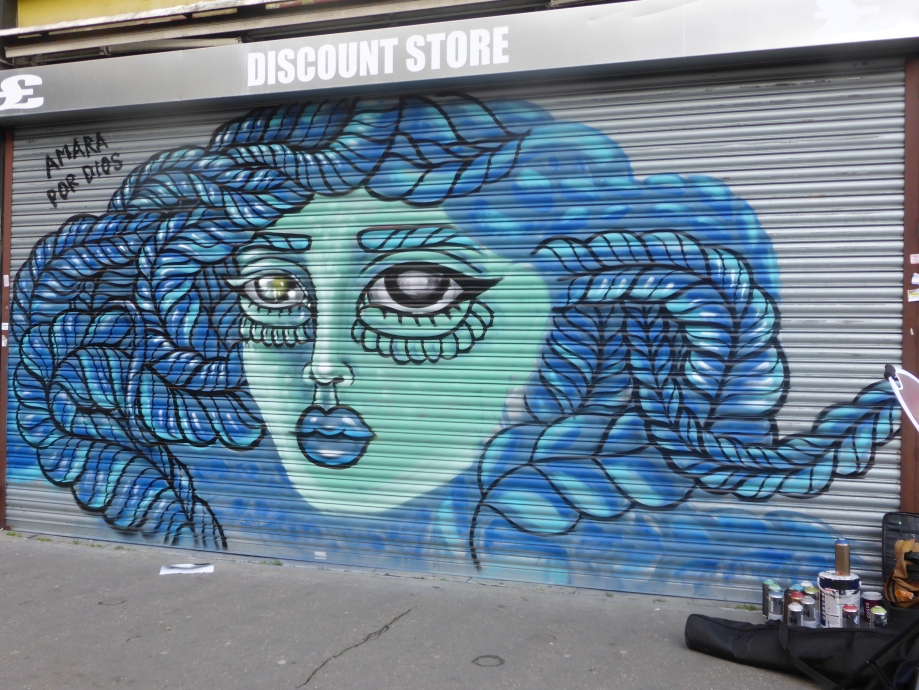 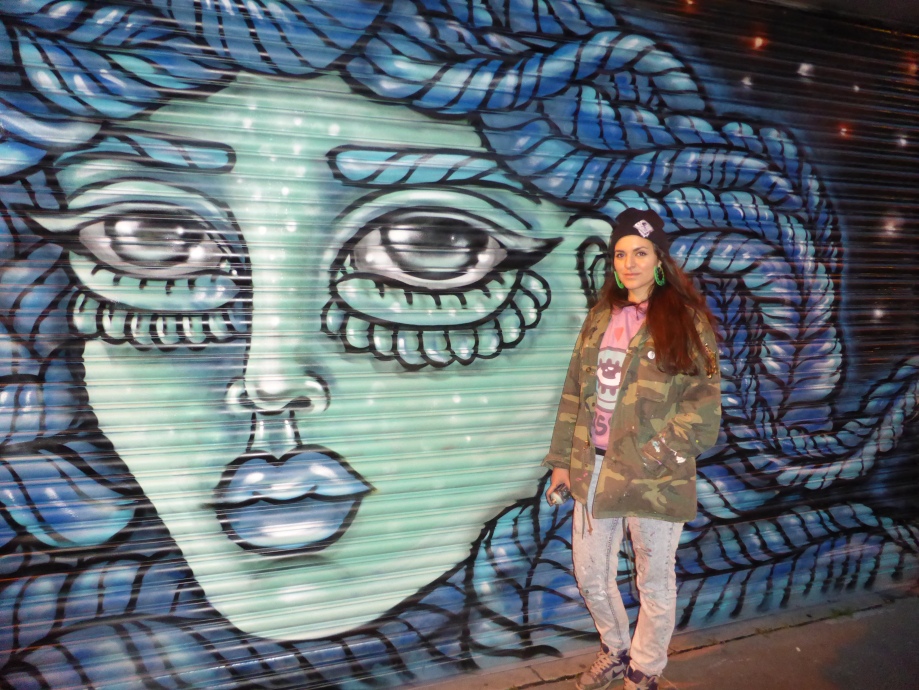