Around four weeks ago we covered a spate of fresh works around Brick Lane from American Street Artist WRDSMTH who is now spending his time living between London and Los Angeles (covered here). Since then we have spotted a trio of new superb drops around Shoreditch which we are sharing below.  Unsurprisingly WRSMTH was by profession a writer, based in LA, prior to his change of career as a Street Artist. He is a published writer and works on TV scripts and writing for documentaries. So with this in mind it is no wonder that his contribution to Street Art is to utilize his talent for writing as a creative outlet. Inspired by the Street Art scene upon moving to LA and initially planning to work in the medium of stickers, WRDSMTH then opted for to create his trademark typewriter stencil and to make the script a piece of paper wheat-pasted above, which in turn is at the very heart of WRDSMTH’s works. Offering a range of statements from humorous witticisms to touching messages of hope, love and freedom, these works do just make you smile upon observing. 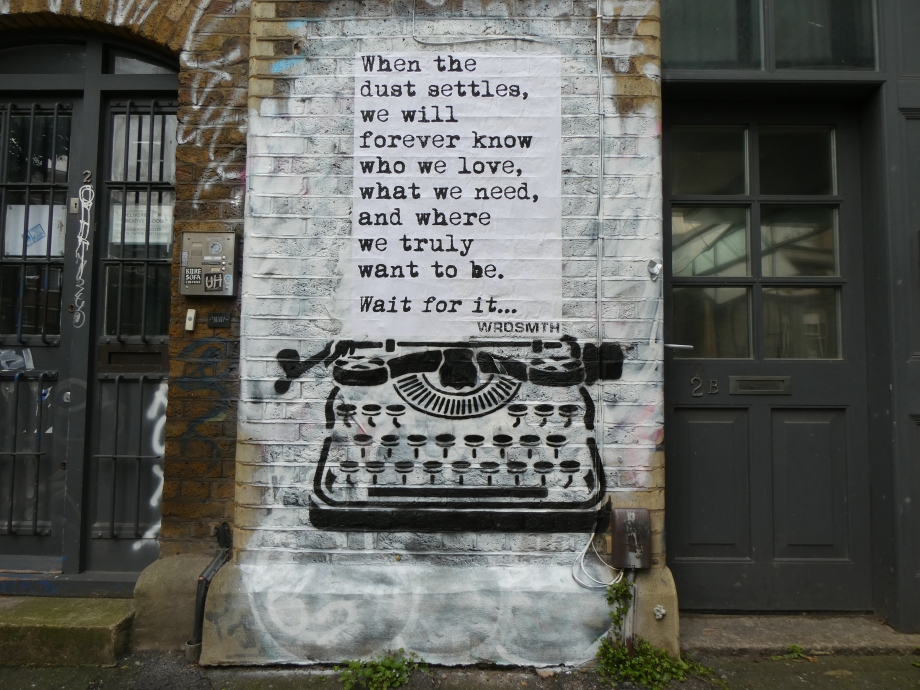 One comment on “New WRDSMTH Street Art around Shoreditch”