Here we are taking a look back at a beautiful work by Shok-1 placed up in Brick Lane a few months back. In his works Shok-1 uses the many anatomical elements of the human body to transform and create his myriad hybrids creations that distinguish his glowing X-ray compositions.  Taking to Star Yard, a place that was once at the heart of the Street Art scene around Brick Lane but has of late become a shell of its former self amid the array of redevelopments in the area, it was wonderful to spy some fresh art before the owners of the new developments seemingly removed the work a few days after it was placed up. For his latest work in London Shok-1 created ‘Lost and Found’ depicting a X-ray hand reaching to pick up a discarded heart placed on the floor in front of the wall, adding an extra dimension to this captivating work. This striking work was placed up in Star Yard, Brick Lane. 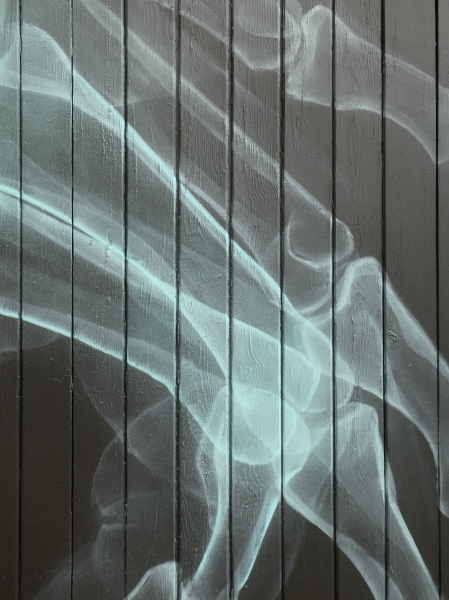 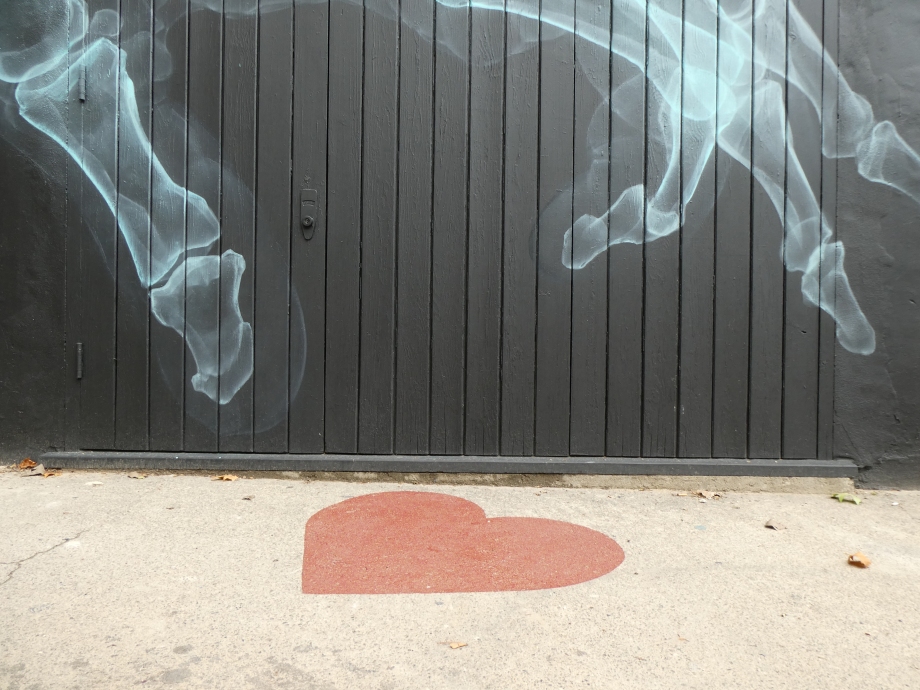 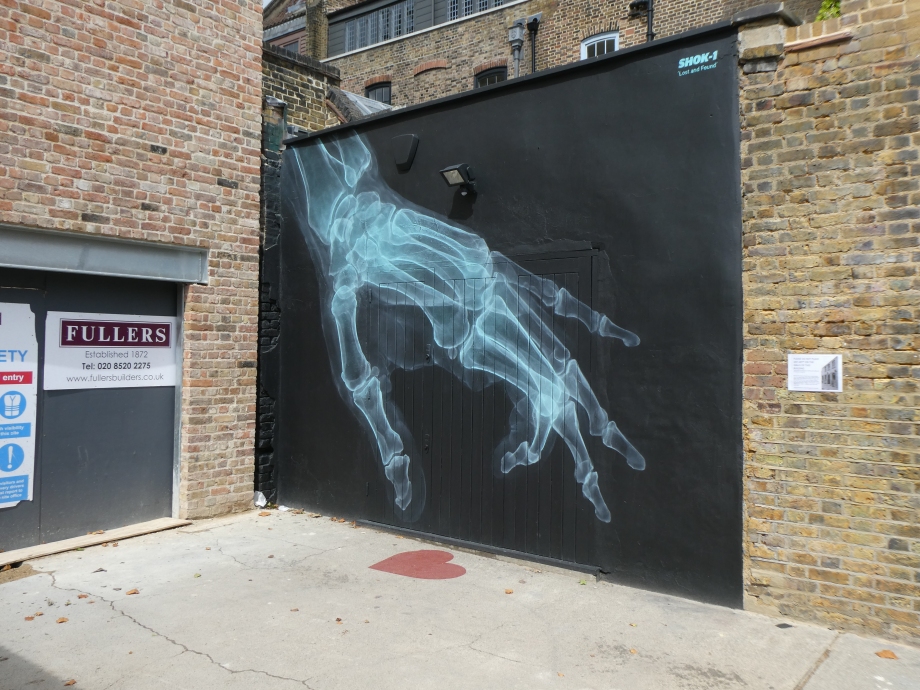 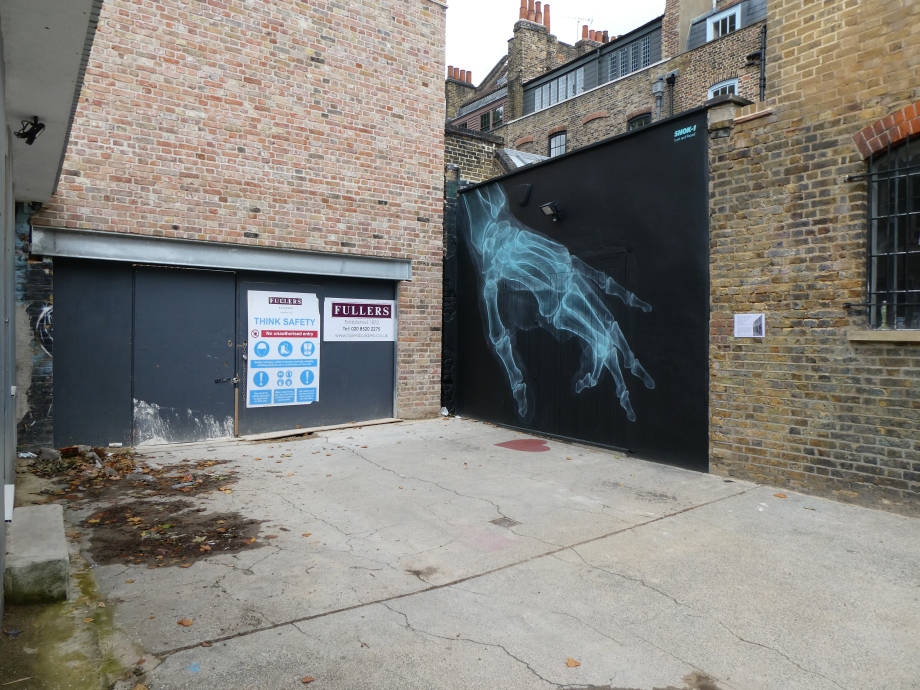